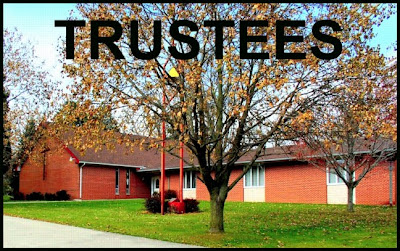 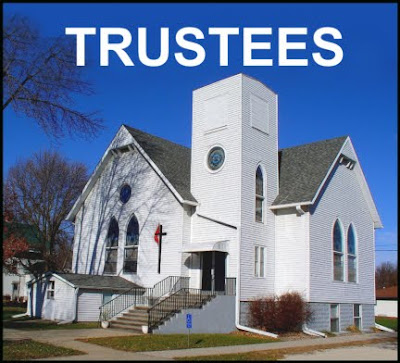 SCRIPTURE READINGS:
EXODUS 1:8-2:10
(The Message)
We move to a covenant people called to live
under God's law and on the move from
oppression in Egypt into a promised land. A
pharaoh who did not know the family of
Joseph made his descendants into hard-labor
slaves and tried to reduce their numbers by
infanticide. The Hebrew midwives and the
daughter of Pharaoh had other ideas, so Moses
was raised in the royal household. Midwives
and daughters overcome the reactionary and
murderous behavior of the most powerful men
in Egypt and so preserve the life not only of
Moses, but of many other male children as well,
causing the numbers of the enslaved to
continue to multiply.
8 A new king came to power in Egypt who didn't
know Joseph.
9 He spoke to his people in alarm, "There are way
too many of these Israelites for us to handle.
10 We've got to do something: Let's devise a plan
to contain them, lest if there's a war they should
join our enemies, or just walk off and leave us."
11 So they organized them into work-gangs and
put them to hard labor under gang-foremen. They
built the storage cities Pithom and Rameses for
Pharaoh.
12 But the harder the Egyptians worked them the
more children the Israelites had - children
everywhere! The Egyptians got so they couldn't
stand the Israelites
13 and treated them worse than ever, crushing
them with slave labor.
14 They made them miserable with hard labor -
making bricks and mortar and back-breaking work
in the fields. They piled on the work, crushing them
under the cruel workload.
15 The king of Egypt had a talk with two Hebrew
midwives; one was named Shiphrah, the other Puah. 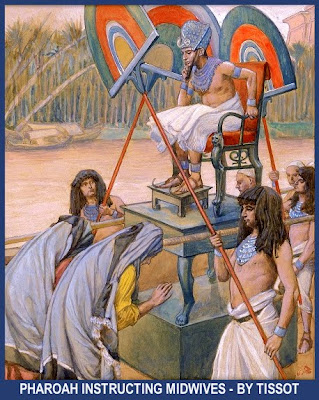 16 He said, "When you deliver the Hebrew women,
look at the sex of the baby. If it's a boy, kill him; if
it's a girl, let her live."
17 But the midwives had far too much respect for
God and didn't do what the king of Egypt ordered;
they let the boy babies live. 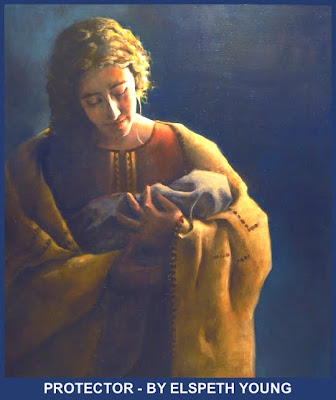 18 The king of Egypt called in the midwives. "Why
didn't you obey my orders?
You've let those babies live!"
19 The midwives answered Pharaoh, "The Hebrew
women aren't like the Egyptian women; they're
vigorous. Before the midwife can get there, they've
already had the baby."
20 God was pleased with the midwives. The people
continued to increase in number -
- a very strong people.
21 And because the midwives honored God, God
gave them families of their own.
22 So Pharaoh issued a general order to all his
people: "Every boy that is born, drown him in the
Nile. But let the girls live."
EXODUS 2:1-10
1 A man from the family of Levi married a Levite
woman.
2 The woman became pregnant and had a son.
She saw there was something special about him
and hid him. She hid him for three months.
3 When she couldn't hide him any longer she got
a little basket-boat made of papyrus, waterproofed
it with tar and pitch, and placed the child in it. 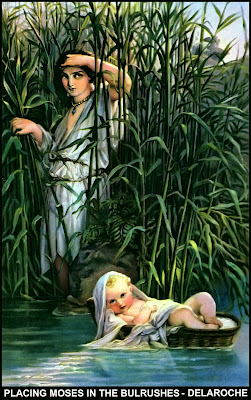 Then she set it afloat in the reeds at the edge of
the Nile.
4 The baby's older sister found herself a vantage
point a little way off and watched to see what would
happen to him.
5 Pharaoh's daughter came down to the Nile to
bathe; her maidens strolled on the bank. She saw
the basket-boat floating in the reeds and sent her
maid to get it. 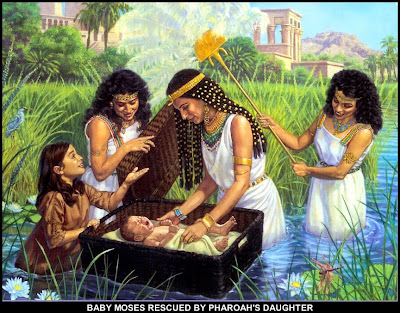 6 She opened it and saw the child - a baby crying!
Her heart went out to him. She said, "This must be
one of the Hebrew babies."
7 Then his sister was before her: "Do you want me
to go and get a nursing mother from the Hebrews
so she can nurse the baby for you?"
8 Pharaoh's daughter said, "Yes. Go." The girl went
and called the child's mother.
9 Pharaoh's daughter told her, "Take this baby and
nurse him for me. I'll pay you." The woman took the
child and nursed him.
10 After the child was weaned, she presented him
to Pharaoh's daughter who adopted him as her son. 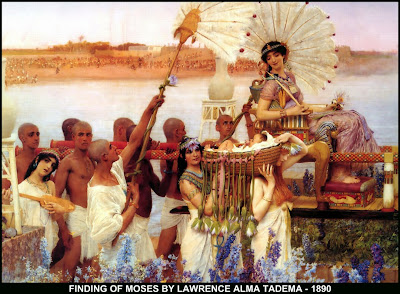 She named him Moses (Pulled-Out), saying,
"I pulled him out of the water."
——————————————————————
PSALM 124 (UMH 846) (The Message)
1 If God hadn't been for us - all together now, Israel,
sing out! -
2 If God hadn't been for us when everyone went
against us,
3 We would have been swallowed alive by their
violent anger,
4 Swept away by the flood of rage, drowned in the
torrent;
5 We would have lost our lives in the wild, raging
water.
6 Oh, blessed be God! He didn't go off and leave
us. He didn't abandon us defenseless, helpless as
a rabbit in a pack of snarling dogs.
7 We've flown free from their fangs, free of their
traps, free as a bird. Their grip is broken; we're
free as a bird in flight. 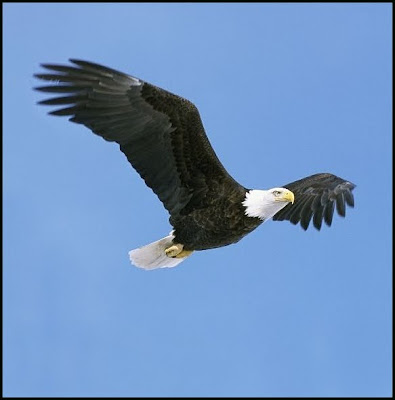 8 God's strong name is our help, the same God
who made heaven and earth.
———————————————————————
ROMANS 12:1-8
(The Message)
Paul is now ready to move on - with how
Christians of whatever background are to live
as one body in Christ together. Within a mixed
Jewish-Gentile community, Paul calls the
Christians in Rome to offer themselves fully
to God with transformed minds, but with the
awareness that we are being made into one
body, each with differing gifts. We are both
collectively and individually being designed in
Christ to be connected to each other. Each of
us brings different gifts to the community we
are being formed into by the Spirit. Paul lists a
sampling of these in verses 6-8. Note that the
gifts listed here are - -
proclaiming God's living word, serving others,
teaching, coaching, giving, leading, and
offering mercy.
1 So here's what I want you to do, God helping you:
Take your everyday, ordinary life - your sleeping,
eating, going-to-work, and walking-around life - and
place it before God as an offering. Embracing what
God does for you is the best thing you can do for
him.
2 Don't become so well-adjusted to your culture that
you fit into it without even thinking. Instead, fix your
attention on God. You'll be changed from the inside
out. Readily recognize what he wants from you, and
quickly respond to it. Unlike the culture around you,
always dragging you down to its level of immaturity,
God brings the best out of you, develops well
formed maturity in you. 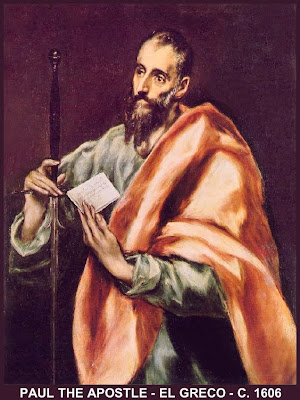 3 I'm speaking to you out of deep gratitude for all
that God has given me, and especially as I have
responsibilities in relation to you. Living then, as
every one of you does, in pure grace, it's important
that you not misinterpret yourselves as people who
are bringing this goodness to God. No, God brings
it all to you. The only accurate way to understand
ourselves is by what God is and by what he does
for us, not by what we are and what we do for him.
4 In this way we are like the various parts of a
human body. Each part gets its meaning from the
body as a whole, not the other way around.
5 The body we're talking about is Christ's body of
chosen people. Each of us finds our meaning and
function as a part of his body. But as a chopped-off
finger or cut-off toe we wouldn't amount to much,
would we? So since we find ourselves fashioned
into all these excellently formed and marvelously
functioning parts in Christ's body,
6 let's just go ahead and be what we were made
to be, without enviously or pridefully comparing
ourselves with each other, or trying to be something
we aren't. If you preach, just preach God's Message,
nothing else;
7 if you help, just help, don't take over; if you teach,
stick to your teaching;
8 if you give encouraging guidance, be careful that
you don't get bossy; if you're put in charge, don't
manipulate; if you're called to give aid to people in
distress, keep your eyes open and be quick to
respond; if you work with the disadvantaged, don't
let yourself get irritated with them or depressed by
them. Keep a smile on your face.
———————————————————————
MATTHEW 16:13-20
(The Message)
In a stronghold of Roman authority, Jesus asks
the disciples who others say that he is. Jesus
isn't asking just about himself, but about what
Jewish people in this most Gentile-controlled
of regions expect the Son of Man to be. Peter
confesses, "You are the Messiah, the Son of the
living God." Jesus then calls Peter and the
church in which he will eventually lead to storm
the gates of death, assured of victory, and to
take authority to "bind and loose" on earth.
13 When Jesus arrived in the villages of Caesarea
Philippi, he asked his disciples, "What are people
saying about who the Son of Man is?"
14 They replied, "Some think he is John the
Baptist, some say Elijah, some say Jeremiah or one
of the other prophets."
15 He pressed them, "And how about you? Who do
you say I am?" 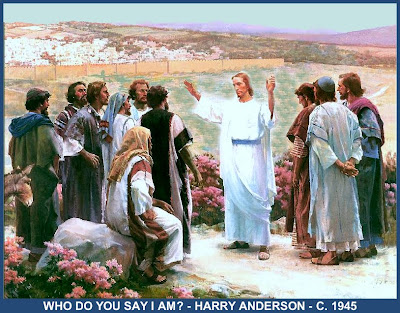 16 Simon Peter said, "You're the Christ, the
Messiah, the Son of the living God."
17 Jesus came back, "God bless you, Simon, son
of Jonah! You didn't get that answer out of books or
from teachers. My Father in heaven, God himself,
let you in on this secret of who I really am.
18 And now I'm going to tell you who you are, really
are. You are Peter, a rock. This is the rock on which
I will put together my church, a church so expansive
with energy that not even the gates of hell will be
able to keep it out.
19 "And that's not all. You will have complete and
free access to God's kingdom, keys to open any
and every door: no more barriers between heaven
and earth, earth and heaven. A yes on earth is yes
in heaven. A no on earth is no in heaven."
20 He swore the disciples to secrecy. He made
them promise they would tell no one that he was the
Messiah.
≈≈≈≈≈≈≈≈≈≈≈≈≈≈≈≈≈≈≈≈≈≈≈≈≈≈≈≈≈≈≈≈≈≈≈≈≈≈≈≈≈≈≈
MONDAY, AUGUST 22ND —
This is Pastor Bob's and Naomi's day off.
The office will be closed today. 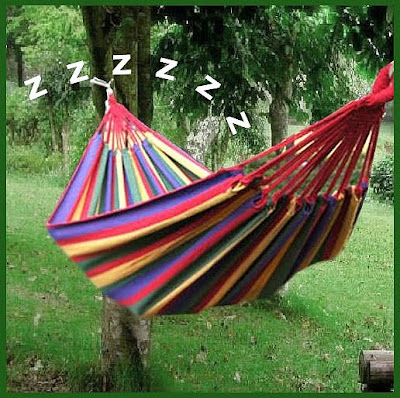 As a Bishop of the church, I certainly want to use
words, and invoke actions, that breathe life into
our dreams and common mission. Too often
Christians pass on the hundreds of opportunities
we are given to inspire.

One of our Iowa Conference pastors was sharing
with me her experience growing up in her church
as a child. She remembers, to this day, serving
as an acolyte when the Bishop was visiting her
church. As she lit the altar candle, Bishop Jordan
leaned over to her and said,
“I see the light of Christ in you.”
Her commitment today to preach and live out the
good news of the Gospel for all of God’s children
is testimony that affirmation matters.

Kevin Hall suggests there are some words that
should be exported from the EAST to the WEST
because they are so rich in meaning: The
greeting, “Namaste” (pronounced nah-mah-Stay)
— I honor the divine in you, the place in you that
light, love and peace abide;
and “Genshai” which means,
“we should never treat another person in a
manner that would make them feel small."

I invite you to join me in embracing a few new
words in 2011. If not new words, maybe taking
a longer time to examine and live with some
familiar words: "peace as shalom";
"justice as restorative"; "journey as in your life";
building a better world that may hinge on looking
at the woman or man in the mirror.
—— Bishop Trimble