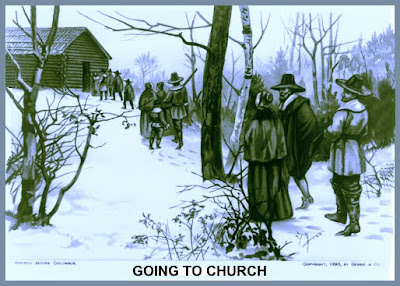 SCRIPTURE READINGS ARE:
GENESIS 32:22-31
(The Message)
Jacob wrestles with a "man" at the Jabbok
and is renamed Israel because he has
"striven with God and with humans, and has
prevailed." The blessing begins as a new
name. No longer "Grabber" (Jacob) but
"Wrestler-with-God" (Israel).
22 But during the night he got up and took his
two wives, his two maidservants, and his eleven
children and crossed the ford of the Jabbok.
23 He got them safely across the brook along
with all his possessions.
24 But Jacob stayed behind by himself, and a
man wrestled with him until daybreak. 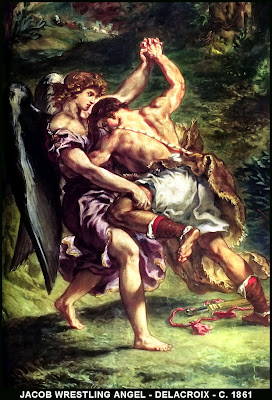 25 When the man saw that he couldn't get the
best of Jacob as they wrestled, he deliberately
threw Jacob's hip out of joint.
26 The man said, "Let me go; it's daybreak."
Jacob said, "I'm not letting you go 'til you bless me."
27 The man said, "What's your name?" He
answered, "Jacob."
28 The man said, "But no longer. Your name is no
longer Jacob. From now on it's Israel
(God-Wrestler); you've wrestled with God and
you've come through."
29 Jacob asked, "And what's your name?" The
man said, "Why do you want to know my name?"
And then, right then and there, he blessed him.
30 Jacob named the place Peniel (God's Face)
because, he said, "I saw God face-to-face and
lived to tell the story!"
31 The sun came up as he left Peniel, limping
because of his hip. 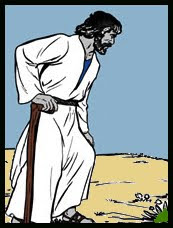 ——————————————————————
PSALM 17:1-7, 15 (UMH 749)
(The Message)
1 Listen while I build my case, God, the most
honest prayer you'll ever hear.
2 Show the world I'm innocent - in your heart
you know I am.
3 Go ahead, examine me from inside out,
surprise me in the middle of the night - You'll
find I'm just what I say I am. My words don't
run loose.
4 I'm not trying to get my way in the world's way.
I'm trying to get your way, your Word's way.
5 I'm staying on your trail; I'm putting one foot In
front of the other. I'm not giving up.
6 I call to you, God, because I'm sure of an
answer. So - answer! bend your ear! listen sharp!
7 Paint grace-graffiti on the fences; take in your
frightened children who Are running from the
neighborhood bullies straight to you.
——————————————————————
ROMANS 9:1-5
(The Message)
Much of what Paul has dealt with up to this
time seems to address sin and salvation in
the lives of Christian communities. Paul,
the apostle to the Gentiles, declares his
great concern and anguish for his own
people.
• Christians in all parts of the world today
have no Jewish people in the congregation.
One reason is centuries of atrocities that
persons claiming to be Christian have
committed against Jewish people . . .
in recent memory the atrocities of Hitler in
Germany and Stalin in The Soviet Union
come to mind. We may struggle to
comprehend such smug lack of consideration
for another human being.
1 At the same time, you need to know that I carry
with me at all times a huge sorrow.
2 It's an enormous pain deep within me, and I'm
never free of it. I'm not exaggerating - Christ and
the Holy Spirit are my witnesses. It's the Israelites.
3 If there were any way I could be cursed by the
Messiah so they could be blessed by him, I'd do
it in a minute. They're my family.
4 I grew up with them. They had everything going
for them - family, glory, covenants, revelation,
worship, promises,
5 to say nothing of being the race that produced
the Messiah, the Christ, who is God over
everything, always. Oh, yes!
——————————————————————
MATTHEW 14:13-21
(The Message)
Jesus is in Galilee, Herod's territory, when he
hears of the death of John the Baptist. He gets
in a boat on the Sea of Galilee, hoping for some
quiet time to pray. The crowd assembles and
follows along the shore as Jesus' boat moves
along. He brought the boat ashore, and went
into the crowd. The sun was going down when
His disciples encourage him to stop and send
the people to find food. We see Jesus' simple
action of feeding a crowd with
"Five loaves and two fish?
More than 5000 people are fed.
13 When Jesus got the news, he slipped away by
boat to an out-of-the-way place by himself. But
unsuccessfully - someone saw him and the word
got around. Soon a lot of people from the nearby
villages walked around the lake to where he was.
14 When he saw them coming, he was overcome
with pity and healed their sickness.
15 Toward evening the disciples approached him.
"We're out in the country and it's getting late.
Dismiss the people so they can go to the villages
and get some supper." 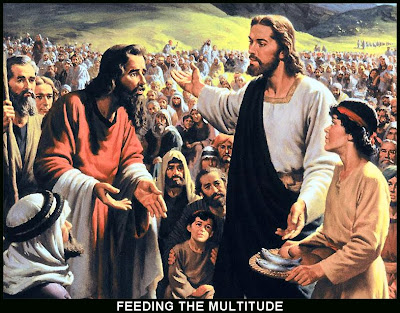 16 But Jesus said, "There is no need to dismiss
them. You give them supper."
17 "All we have are five loaves of bread and two
fish," they said.
18 Jesus said, "Bring them here."
19 Then he had the people sit on the grass. He
took the five loaves and two fish, lifted his face
to heaven in prayer, blessed, broke, and gave
the bread to the disciples. The disciples then
gave the food to the congregation.
20 They all ate their fill. They gathered twelve
baskets of leftovers. 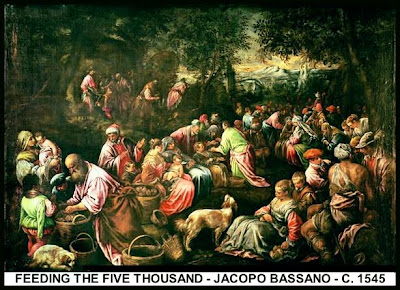 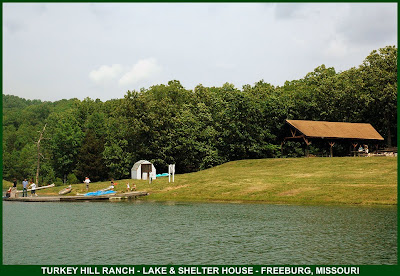 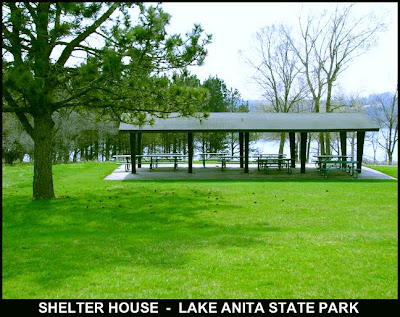 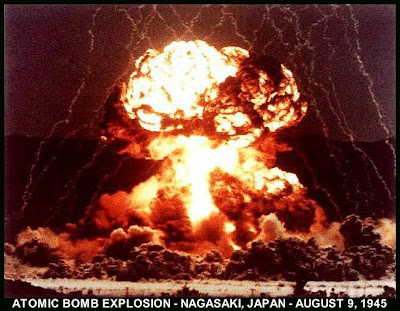 Monday, August 8, was the bombing of Nagasaki.
They were terribly devastating events, and if
Emperor Hirohito would have surrendered at the
Potsdam Conference, those events never would
have occurred. 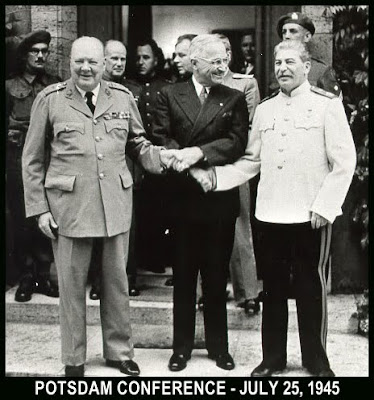 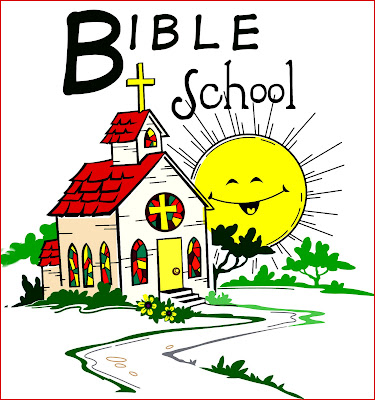 Iowa is one of 39 states with “shall-issue” laws that
permit citizens to carry concealed hand guns. As of
January 1, 2011 in Polk County alone, a staggering
5,200 applications for permits has created an
overwhelming work load in the Polk County Sheriff’s
Department. For $55 cash and a valid driver’s
license, you can exercise your right to carry a
weapon.

The United States has 90 guns for every 100 citizens,
making it the most heavily armed society in the world.
About 100 million handguns are owned by civilians.
Are we hoping that a 400% increase in concealed
weapons will make Iowa a safer state? Is this a new
form of gambling, pitting personal right to bear arms
against the proclamation of the Prince of Peace, who
calls us to be peacemakers?

The second amendment of the United States
Constitution states, “A well regulated militia, being
necessary to the security of the free state, the right
of the people to keep and bear arms shall not be
infringed.”

When our children were school-aged and spent
the night or weekend with friends, we as parents
inquired about guns in the homes where they were
staying. “If you have weapons, are they properly
secured and inaccessible to children?”

We are living in a different time where paradox and
contradictions are woven into the “fabric of society”.
As long as applicants meet certain state requirement,
they cannot be denied a permit to carry a hand gun.
—— Bishop Julius Calvin Trimble ——
www.iowabeencouraged.blogspot.com

Have a wonderful week and have great respect for
the current heat and humidity.
God Bless and Keep You,
Pastor Bob
Posted by Pastor Melodee Carstens