SCRIPTURE READINGS ARE:
GENESIS 29:15-28
(The Message)
This culture neither believes in nor condones
polygamy. While arranged marriages are
permissible in the United States, what Laban
does here could be seen as a violation of
contract law. Worse, he seems almost to be
engaged in a form of human trafficking.
• As the story of Jacob continues:
The Trickster is tricked.
This already dysfunctional family system - -
one that has cast out a legitimate child and
his mother (Ishmael and Hagar), allowed a
younger son to trick his father and steal his
brother's birthright and blessing - - now
becomes even more dysfunctional.
After seven years of service, to keep the wife
he wants, Jacob must now serve another seven
years beyond what he had already provided.
Without knowing the social customs and
traditions of that ancient time, it is difficult to
judge what options he did in fact have.
15 Laban said, "Just because you're my nephew,
you shouldn't work for me for nothing. Tell me what
you want to be paid. What's a fair wage?" 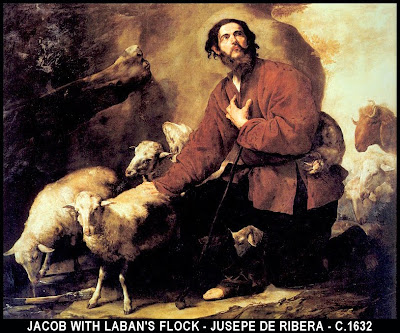 16 Now Laban had two daughters; Leah was the
older and Rachel the younger.
17 Leah had nice eyes, but Rachel was stunningly
beautiful.
18 And it was Rachel that Jacob loved. So Jacob
answered, "I will work for you seven years for your
younger daughter Rachel."
19 "It is far better," said Laban, "that I give her to
you than marry her to some outsider. Yes. Stay
here with me."
20 So Jacob worked seven years for Rachel. But it
only seemed like a few days, he loved her so much.
21 Then Jacob said to Laban, "Give me my wife;
I've completed what we agreed I'd do. I'm ready to
consummate my marriage." 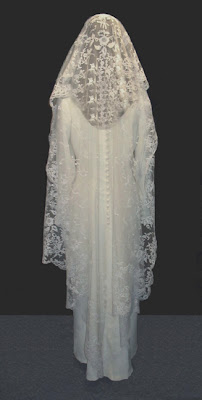 22 Laban invited everyone around and threw a
big feast.
23 At evening, though, he got his daughter Leah
and brought her to the marriage bed, and Jacob
slept with her.
24 Laban gave his maid Zilpah to his daughter
Leah as her maid.
25 Morning came: There was Leah in the marriage
bed! Jacob confronted Laban, "What have you
done to me? Didn't I work all this time for the hand
of Rachel? Why did you cheat me?"
26 "We don't do it that way in our country," said
Laban. "We don't marry off the younger daughter
before the older.
27 Enjoy your week of honeymoon, and then we'll
give you the other one also. But it will cost you
another seven years of work."
28 Jacob agreed. When he'd completed the
honeymoon week, Laban gave him his daughter
Rachel to be his wife.
——————————————————————
PSALM 105:1-11, 45 (UMH 828)
(The Message)
PSALM 105:1-11
1 Hallelujah! Thank God! Pray to him by name!
Tell everyone you meet what he has done!
2 Sing him songs, belt out hymns, translate his
wonders into music!
3 Honor his holy name with Hallelujahs, you who
seek God. Live a happy life!
4 Keep your eyes open for God, watch for his
works; be alert for signs of his presence.
5 Remember the world of wonders he has made,
his miracles, and the verdicts he's rendered -
6 O seed of Abraham, his servant, O child of Jacob,
his chosen.
7 He's God, our God, in charge of the whole earth.
8 And he remembers, remembers his Covenant -
for a thousand generations he's been as good as
his word.
9 It's the Covenant he made with Abraham, the
same oath he swore to Isaac,
10 The very statute he established with Jacob,
the eternal Covenant with Israel,
11 Namely, "I give you the land. Canaan is your
hill-country inheritance."
PSALM 105:45
45 So they could do everything he told them -
could follow his instructions to the letter.
Hallelujah!
——————————————————————
ROMANS 8:26-39
(The Message)
This week, our song with creation is because
of hope. Our hope comes, Paul says, from
what we know about the God in whom we
hope because of what has happened in Jesus.
The phrase "We know that" often precedes
hymns or poems in Paul's writing.
• For the mission of your whole church, and
our faithfulness in your mission where we live
and work, we pray to you.
— Because you are for us, O God —
• For leaders of nations, companies and
movements, that they may always work for
justice and fight every form of hardship,
distress, persecution, famine, poverty, hunger,
and danger, we pray.
— Because you are for us, O God —
• For healing for the sick, release for captives,
and recovering of hearing for the deaf and
sight for the blinded we pray.
— Because you are for us, O God — Amen!
26 Meanwhile, the moment we get tired in the
waiting, God's Spirit is right alongside helping
us along. If we don't know how or what to pray,
it doesn't matter. He does our praying in and for
us, making prayer out of our wordless sighs, our
aching groans.
27 He knows us far better than we know ourselves,
knows our pregnant condition, and keeps us
present before God.
28 That's why we can be so sure that every detail
in our lives of love for God is worked into
something good.
29 God knew what he was doing from the very
beginning. He decided from the outset to shape the
lives of those who love him along the same lines as
the life of his Son. The Son stands first in the line of
humanity he restored. We see the original and
intended shape of our lives there in him.
30 After God made that decision of what his
children should be like, he followed it up by calling
people by name. After he called them by name,
he set them on a solid basis with himself. And
then, after getting them established, he stayed with
them to the end, gloriously completing what he had
begun.
31 So, what do you think? With God on our side
like this, how can we lose?
32 If God didn't hesitate to put everything on the
line for us, embracing our condition and exposing
himself to the worst by sending his own Son, is
there anything else he wouldn't gladly and freely
do for us?
33 And who would dare tangle with God by
messing with one of God's chosen?
34 Who would dare even to point a finger? The
One who died for us - who was raised to life for us!
- is in the presence of God at this very moment
sticking up for us.
35 Do you think anyone is going to be able to
drive a wedge between us and
Christ's love for us? There is no way! Not trouble,
not hard times, not hatred, not hunger, not
homelessness, not bullying threats, not
backstabbing, not even the worst sins listed
in Scripture:
36 They kill us in cold blood because they hate you.
We're sitting ducks; they pick us off one by one.
37 None of this fazes us because Jesus loves us.
38 I'm absolutely convinced that nothing - nothing
living or dead, angelic or demonic,
today or tomorrow,
39 high or low, thinkable or unthinkable -
absolutely nothing can get between us and
God's love because of the way that Jesus our
Master has embraced us.
——————————————————————
MATTHEW 13:31-33, 44-52
Jesus tells five short parables of the kingdom
of heaven.
• A Seed,
• Yeast,
• Hidden Treasure,
• An Extraordinary Pearl,
• A Fishing Net.
MATTHEW 13:31-33 - (New Century Version)
31 Then Jesus told another story:
"The kingdom of heaven is like a mustard seed
that a man planted in his field.
32 That seed is the smallest of all seeds, but
when it grows, it is one of the largest garden
plants. It becomes big enough for the wild birds
to come and build nests in its branches." 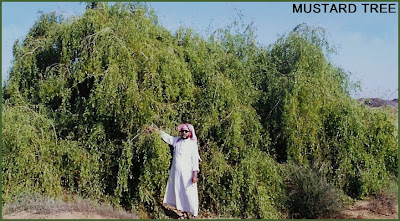 33 Then Jesus told another story:
"The kingdom of heaven is like yeast that a
woman took and hid in a large tub of flour
until it made all the dough rise." 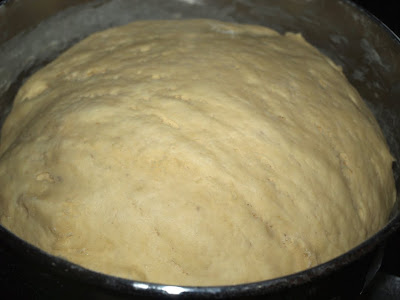 MATTHEW 44-52 - (The Message)
44 "God's kingdom is like a treasure hidden in
a field for years and then accidently found by
a trespasser. The finder is ecstatic - what a find!
- and proceeds to sell everything he owns to
raise money and buy that field. 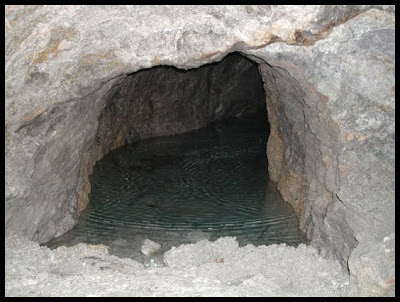 45 "Or, God's kingdom is like a jewel merchant
on the hunt for excellent pearls.
46 Finding one that is flawless, he immediately
sells everything and buys it. 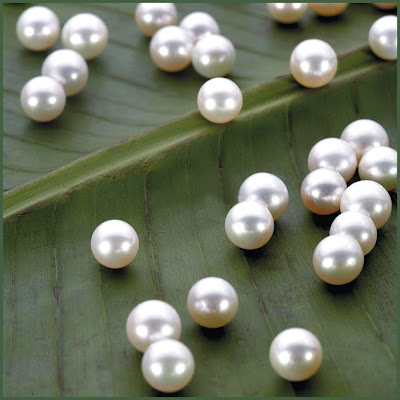 47 "Or, God's kingdom is like a fishnet cast into
the sea, catching all kinds of fish.
48 When it is full, it is hauled onto the beach.
The good fish are picked out and put in a tub;
those unfit to eat are thrown away. 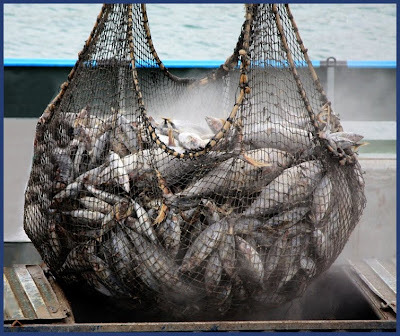 49 That's how it will be when the curtain comes
down on history.
The angels will come and cull the bad fish
50 and throw them in the garbage. There will be
a lot of desperate complaining,
but it won't do any good."
51 Jesus asked, "Are you starting to get a handle
on all this?" They answered, "Yes."
52 He said, "Then you see how every student
well-trained in God's kingdom is like the owner of
a general store who can put his hands on anything
you need, old or new, exactly when you need it."

Today Naomi goes to camp for two weeks.
Have a great time, Naomi! 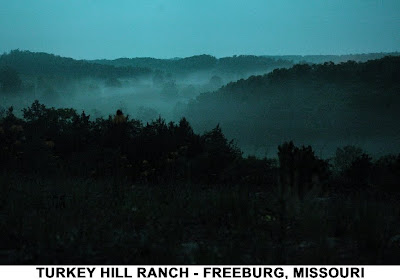 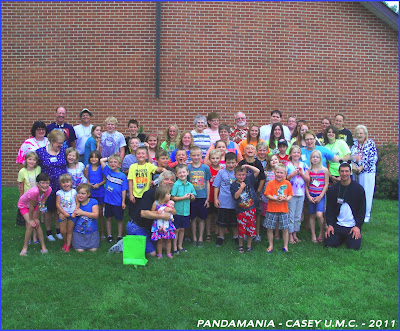 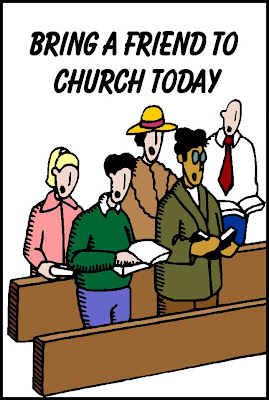 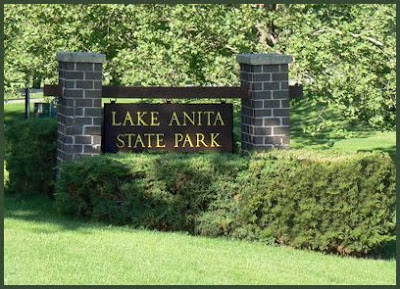 THE HERD —
But take heed to yourselves, lest your hearts
be weighed down with carousing, drunkenness,
and cares of this life and that Day come on you
unexpectedly. (Luke 21:34)

In his column “Why Economists Missed the Crisis,”
Barry Ritholz observed that most of the world’s
financial and political leaders overlooked the
warning signs of the current recession. Some saw
it coming, and a few on Wall Street sounded the
alarm. But, wrote Ritholz, “the vast majority of
professional economists, strategists and analysts -
the ‘Herd’— totally missed it.”

It’s interesting that Ritholz described them as the
Herd. It’s easy to be stampeded by our society.
Group think takes over; certain opinions form in
the popular culture; morality is prescribed by
Hollywood; and our spending habits are influenced
by the number of commercials we see.

We can’t go with the Herd. The majority of people
in this world are missing the warning signs. But as
Christians, we march to the beat of a different
drummer. We handle our money, our morals, and
our ministries as those who know that crises are
ahead and that judgment is coming. Jesus told us
to stay alert, lest the Day of the Lord come on us
unawares. Watch for the signs and take heed.

The Hall-of-Fame college basketball coach, John
Wooden, once said: There is a choice you have to
make in everything you do. So keep in mind that in
the end, the choice you make, makes you.