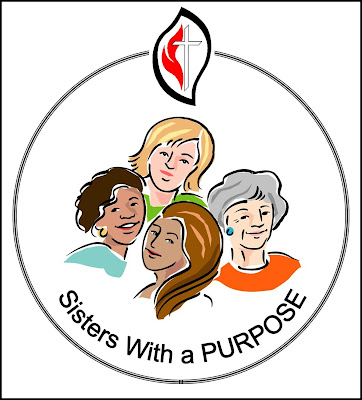 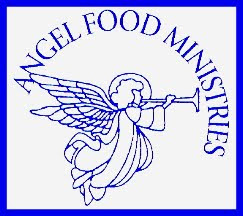 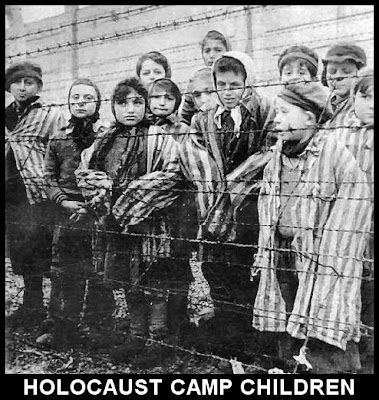 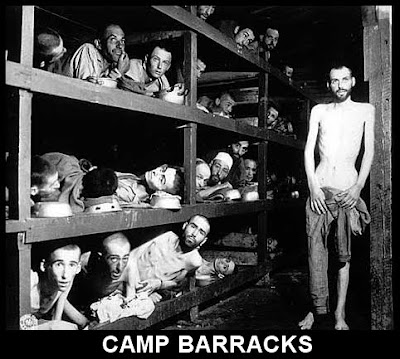 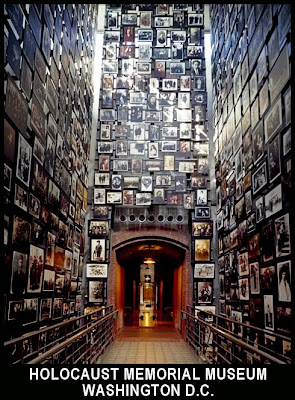 APRIL 11, 1945 — The day on which Allied troops
liberated the first Nazi concentration camp, Buchenwald,
north of Weimar, Germany. About 56,000 prisoners,
many of them Jewish, perished there. Liberation began at
sundown April 10th. The camp was established in 1937.
———————————————————————
APRIL 11–17. THE WEEK OF THE YOUNG CHILD —
Focusing on young children and the urgency for quality
early childhood care and education. 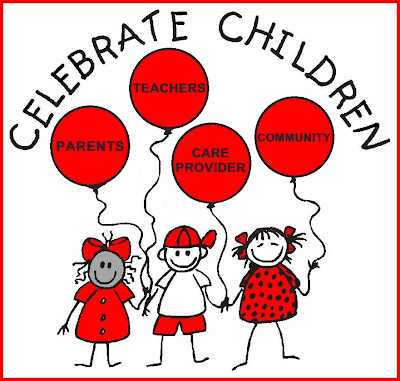 SCRIPTURE READINGS ARE:
ACTS 5:27-32
(The Message)
God's authority, not human authority, calls and
directs our mission in Jesus Christ.
ACTS 5:16-32
(additional 11 verses for explanation)
16 They came from the villages surrounding Jerusalem,
throngs of them, bringing the sick and bedeviled. And
they all were healed. To Obey God Rather than Men
17 Provoked mightily by all this, the Chief Priest and
those on his side, mainly the sect of Sadducees, went
into action,
18 arrested the apostles, and put them in the town jail. 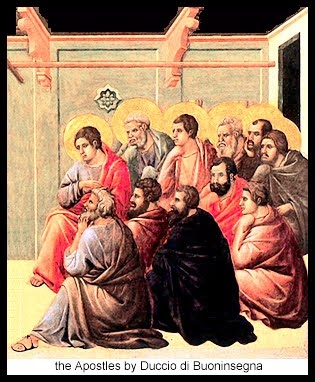 19 But during the night an angel of God opened the
jailhouse door and led them out.
20 He said, "Go to the Temple and take your stand.
Tell the people everything there is to say about this Life."
21 Promptly obedient, they entered the Temple at
daybreak and went on with their teaching. 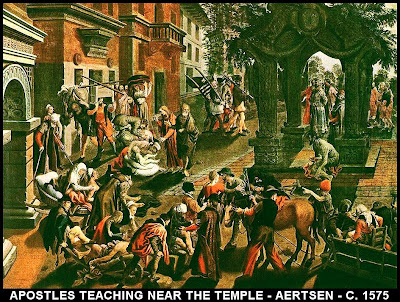 22 When the police got there, they couldn't find them
anywhere in the jail. They went back and reported,
23 "We found the jail locked tight as a drum and the
guards posted at the doors, but when we went inside
we didn't find a soul."
24 The chief of the Temple police and the high priests
were puzzled. "What's going on here anyway?"
25 Just then someone showed up and said, "Did you
know that the men you put in jail are back in the
Temple teaching the people?"
26 The chief and his police went and got them, but
they handled them gently, fearful that the people
would riot and turn on them.
27 Bringing them back, they stood them before the
High Council. The Chief Priest said,
28 "Didn't we give you strict orders not to teach in
Jesus' name? And here you have filled Jerusalem
with your teaching and are trying your best to blame
us for the death of this man."
29 Peter and the apostles answered, "It's necessary
to obey God rather than men.
30 The God of our ancestors raised up Jesus, the
One you killed by hanging him on a cross.
31 God set him on high at his side, Prince and Savior,
to give Israel the gift of a changed life and sins forgiven.
32 And we are witnesses to these things. The Holy
Spirit, whom God gives to those who obey him,
corroborates every detail."
————————————————————————
PSALM 150 (UMH 862) (The Message)
Let everything with breath praise the Lord!
"Alleluia! Alleuia! Christ is risen!"

1 Hallelujah! Praise God in his holy house of worship,
praise him under the open skies; 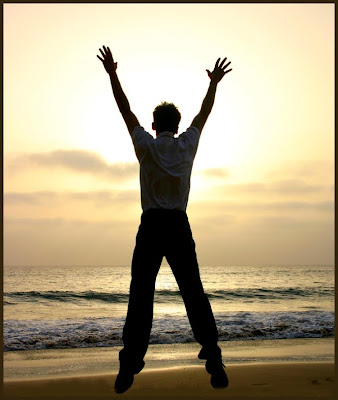 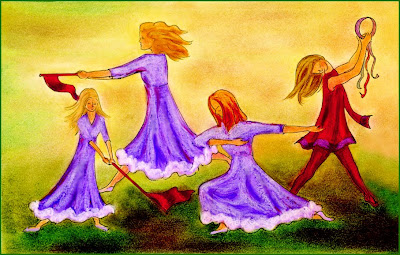 praise him with banjo and flute; 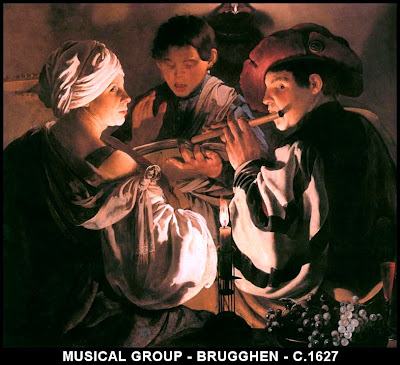 4 I, John, am writing this to the seven churches in Asia
province: All the best to you from The God Who Is, The
God Who Was, and The God About to Arrive, and from
the Seven Spirits assembled before his throne, 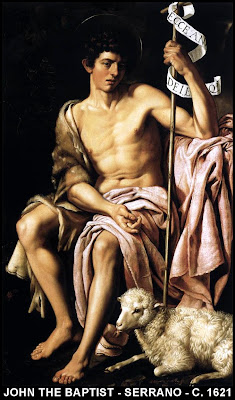 5 and from Jesus Christ - Loyal Witness, Firstborn
from the dead, Ruler of all earthly kings. Glory and
strength to Christ, who loves us, who blood-washed
our sins from our lives,
6 Who made us a Kingdom, Priests for his Father,
forever - and yes, he's on his way! 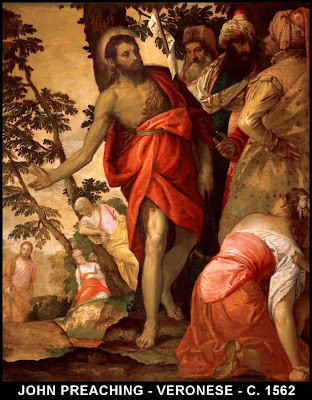 7 Riding the clouds, he'll be seen by every eye, those
who mocked and killed him will see him, People from
all nations and all times will tear their clothes in lament.
Oh, Yes.
8 The Master declares, "I'm A to Z. I'm The God Who Is,
The God Who Was, and The God About to Arrive.
I'm the Sovereign-Strong."
————————————————————————
JOHN 20:19-31 (The Message)
Jesus appears to the disciples at a time when
Thomas is not present, so Thomas is skeptical.
Jesus returns a week later and greets Thomas,
and Thomas confesses "my Lord and my God."

19 Later on that day, the disciples had gathered
together, but, fearful of the Jews, had locked all the
doors in the house. Jesus entered, stood among
them, and said, "Peace to you."
20 Then he showed them his hands and side.
21 Jesus repeated his greeting: "Peace to you. Just
as the Father sent me, I send you."
22 Then he took a deep breath and breathed into them.
"Receive the Holy Spirit," he said.
23 "If you forgive someone's sins, they're gone for good.
If you don't forgive sins, what are you going to do with
them?"
24 But Thomas, sometimes called the Twin, one of the
Twelve, was not with them when Jesus came.
25 The other disciples told him, "We saw the Master." But
he said, "Unless I see the nail holes in his hands, put my
finger in the nail holes, and stick my hand in his side, I
won't believe it."
26 Eight days later, his disciples were again in the room.
This time Thomas was with them. Jesus came through the
locked doors, stood among them, and said, "Peace to you."
27 Then he focused his attention on Thomas. "Take your
finger and examine my hands. Take your hand and stick
it in my side. Don't be unbelieving. Believe." 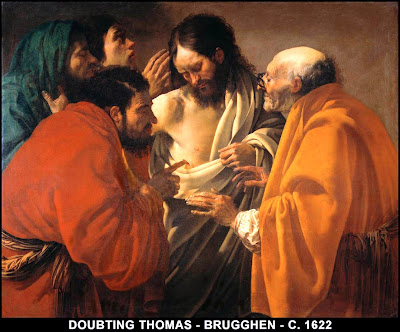 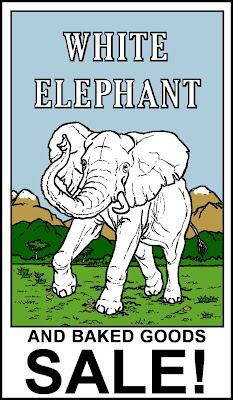