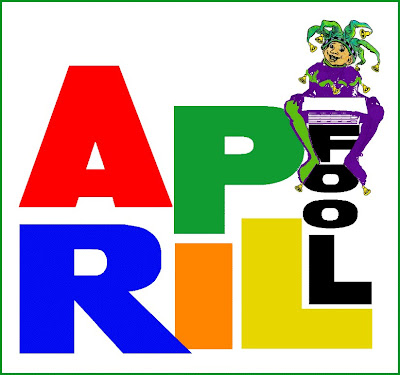 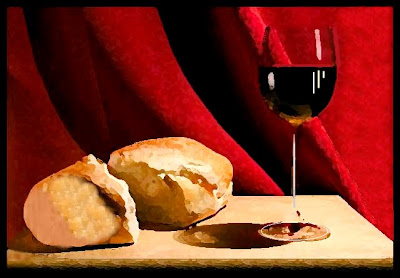 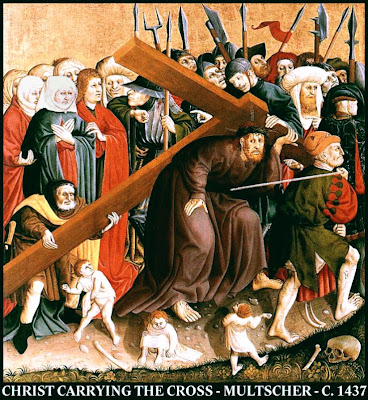 In the long history of this day in Christian worship,
this is the starkest day of the Christian year: no
adornments, no gold in sight anywhere, nothing at
all on the Table, no pulpit Bible, nothing but a simple
wooden cross and the font. Although some have
choose to use black as a theme color for the day, the
overwhelming ecumenical consensus has been to use
no color at all.
≈≈≈≈≈≈≈≈≈≈≈≈≈≈≈≈≈≈≈≈≈≈≈≈≈≈≈≈≈≈≈≈≈≈≈≈≈≈≈≈≈≈≈≈≈
SUNDAY, APRIL 4TH — EASTER 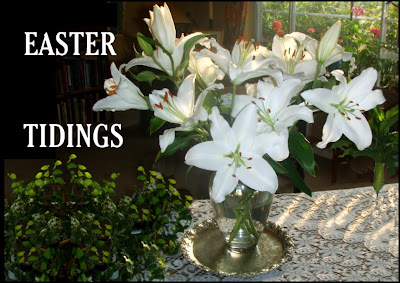 COLOR: WHITE
C•O•M•M•U•N•I•O•N T•O•D•A•Y
SCRIPTURE READINGS ARE:
ACTS 10:34-43.
(The Message)
The news was in the air. Peter tells Cornelius and
his household of the resurrection of Jesus, and his
appointment by God as judge of the living and the
dead. Peter now understands a Gentile does not
have to become a Jew to become a Christian.
Christ can and will save Gentiles without their
becoming Jews at all.
34 Peter fairly exploded with his good news: "It's
God's own truth, nothing could be plainer: God plays
no favorites!
35 It makes no difference who you are or where
you're from - if you want God and are ready to do as
he says, the door is open.
36 The Message he sent to the children of Israel -
that through Jesus Christ everything is being put
together again - well, he's doing it everywhere, among
everyone.
37 "You know the story of what happened in Judea. It
began in Galilee after John preached a total life-change.
38 Then Jesus arrived from Nazareth, anointed by God
with the Holy Spirit, ready for action. He went through
the country helping people and healing everyone who
was beaten down by the Devil. He was able to do all
this because God was with him.
39 "And we saw it, saw it all, everything he did in the
land of the Jews and in Jerusalem where they killed
him, hung him from a cross.
40 But in three days God had him up, alive, and out
where he could be seen. 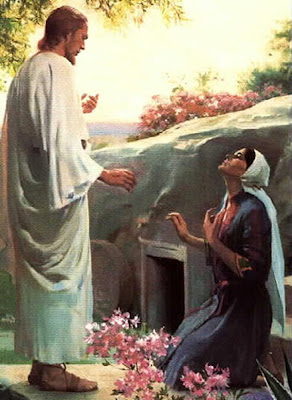 41 Not everyone saw him - he wasn't put on public
display. Witnesses had been carefully handpicked by
God beforehand - us! We were the ones, there to eat
and drink with him after he came back from the dead.
42 He commissioned us to announce this in public, to
bear solemn witness that he is in fact the One whom
God destined as Judge of the living and dead.
43 But we're not alone in this. Our witness that he is
the means to forgiveness of sins is backed up by the
witness of all the prophets."
———————————————————————
PSALM 118: 1-2, 14-24 (UMH 839) (The Message)
After invoking others to unite in praise, the writer
celebrates God's protecting and delivering care
towards him.
1 Thank God because he's good, because his love
never quits.
2 Tell the world, Israel, "His love never quits."
3 And you, clan of Aaron, tell the world, "His love
never quits."
4 And you who fear God, join in, "His love never quits."
5 Pushed to the wall, I called to God; from the wide
open spaces, he answered.
6 God's now at my side and I'm not afraid; who would
dare lay a hand on me?
7 God's my strong champion; I flick off my enemies
like flies.
8 Far better to take refuge in God than trust in people;
9 Far better to take refuge in God than trust in celebrities.
10 Hemmed in by barbarians, in God's name I rubbed
their faces in the dirt;
11 Hemmed in and with no way out, in God's name I
rubbed their faces in the dirt;
12 Like swarming bees, like wild prairie fire, they
hemmed me in; in God's name I rubbed their faces in
the dirt.
13 I was right on the cliff-edge, ready to fall, when
God grabbed and held me.
14 God's my strength, he's also my song, and now he's
my salvation.
15 Hear the shouts, hear the triumph songs in the camp
of the saved? "The hand of God has turned the tide!
16 The hand of God is raised in victory! The hand of
God has turned the tide!"
17 I didn't die. I lived! And now I'm telling the world what
God did.
18 God tested me, he pushed me hard, but he didn't
hand me over to Death.
19 Swing wide the city gates - the righteous gates! I'll
walk right through and thank God!
20 This Temple Gate belongs to God, so the victors can
enter and praise.
21 Thank you for responding to me; you've truly become
my salvation!
22 The stone the masons discarded as flawed is now
the capstone!
23 This is God's work. We rub our eyes - we can hardly
believe it!
24 This is the very day God acted - let's celebrate and
be festive!
———————————————————————
1 CORINTHIANS 15:19-26 (The Message)
St. Paul declares proof of the resurrection.
Now Christians have hope, not in this life only,
but a legacy beyond the grave.

19 If all we get out of Christ is a little inspiration for a
few short years, we're a pretty sorry lot.
20 But the truth is that Christ has been raised up, the
first in a long legacy of those who are going to leave
the cemeteries.
21 There is a nice symmetry in this: Death initially
came by a man, and resurrection from death came
by a man.
22 Everybody dies in Adam; everybody comes alive
in Christ.
23 But we have to wait our turn: Christ is first, then
those with him at his Coming,
24 the grand consummation when, after crushing the
opposition, he hands over his kingdom to God the
Father.
25 He won't let up until the last enemy is down -
26 and the very last enemy is death!
———————————————————————
JOHN 20:1-18 (The Message)
He is risen
1 Early in the morning on the first day of the week,
while it was still dark, Mary Magdalene came to the
tomb and saw that the stone was moved away from
the entrance.
2 She ran at once to Simon Peter and the other
disciple, the one Jesus loved, breathlessly panting,
"They took the Master from the tomb. We don't know
where they've put him."
3 Peter and the other disciple left immediately for the
tomb.
4 They ran, neck and neck. The other disciple got to
the tomb first, outrunning Peter.
5 Stooping to look in, he saw the pieces of linen cloth
lying there, but he didn't go in.
6 Simon Peter arrived after him, entered the tomb,
observed the linen cloths lying there,
7 and the kerchief used to cover his head not lying
with the linen cloths but separate, neatly folded by
itself.
8 Then the other disciple, the one who had gotten
there first, went into the tomb, took one look at the
evidence, and believed.
9 No one yet knew from the Scripture that he had
to rise from the dead.
10 The disciples then went back home.
11 But Mary stood outside the tomb weeping. As
she wept, she knelt to look into the tomb
12 and saw two angels sitting there, dressed in
white, one at the head, the other at the foot of where
Jesus' body had been laid.
13 They said to her, "Woman, why do you weep?"
14 After she said this, she turned away and saw
Jesus standing there. But she didn't recognize him.
15 Jesus spoke to her, "Woman, why do you weep?
Who are you looking for?" She, thinking that he was
the gardener, said, "Mister, if you took him, tell me
where you put him so I can care for him." 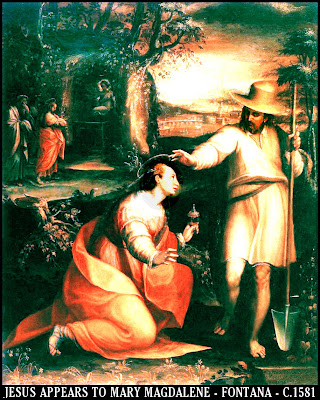