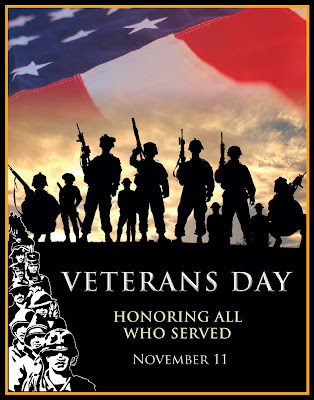 In every century, man's inhumanity to man invariably
will find one or more supporters. As damaging
and destructive as war is, there will always be the
necessity of serving justice and freedom. To that end,
there are 124,913 U.S. war dead interred in American
Overseas Military Cemeteries. This includes 30,921
from World War I, 93,242 from World War II, and 750
from the Mexican War. Another 90,120 U.S. service
members, are listed as missing in action, or lost, or
buried at sea during the World Wars, the Korean &
Vietnam Wars.
The U.S. administers, operates, and maintains 24
permanent American burial grounds on foreign soil.
The countries we have aided were extremely grateful
for our extensive help and support when it was
needed, but the cost was enormous. 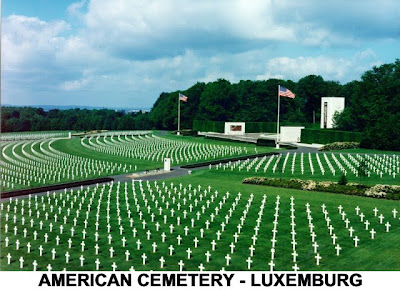 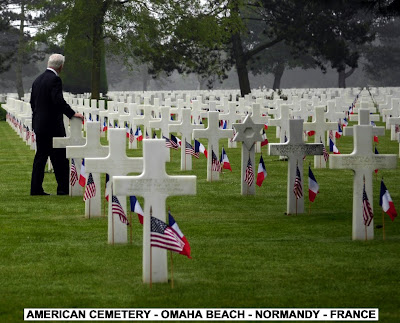 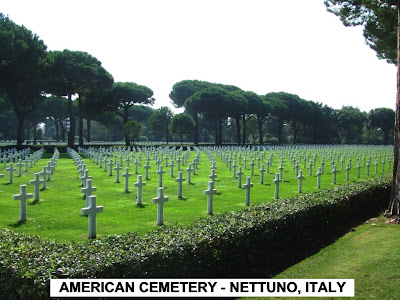 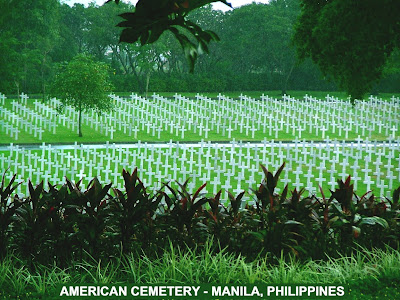 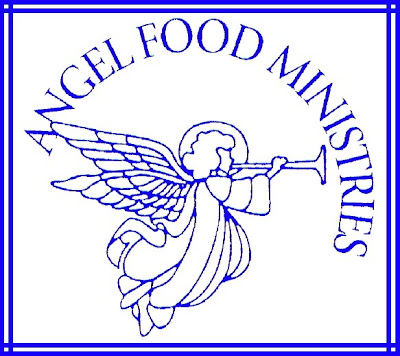 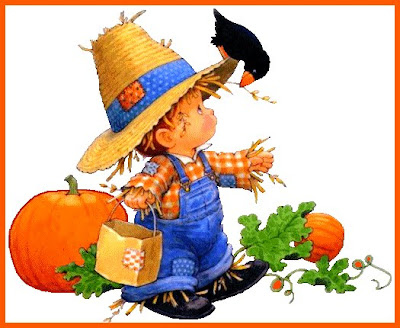 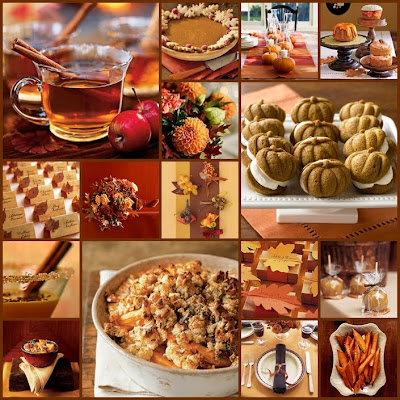 DINNER AND AUCTION TO FOLLOW.
Twenty-Fourth Sunday after Pentecost
COLOR: GREEN
OUR SCRIPTURE READINGS ARE:
1 SAMUEL 1:4-20;
(New Living Translation) NLT
To diminish our just love to any relation because
of any infirmity which they cannot help, and which
is their affliction, is to make God's providence
quarrel with his precept, and it's very unkind to
add affliction to the afflicted.
4 On the days Elkanah presented his sacrifice,
he would give portions of the meat to Peninnah
and each of her children.
5 And though he loved Hannah, he would give
her only one choice portion[a] because the Lord
had given her no children.
6 So Peninnah would taunt Hannah and make fun
of her because the Lord had kept her from having
children.
7 Year after year it was the same—Peninnah would
taunt Hannah as they went to the Tabernacle. Each
time, Hannah would be reduced to tears and would
not even eat.
8 “Why are you crying, Hannah?” Elkanah would
ask. “Why aren’t you eating? Why be downhearted
just because you have no children? You have me—
isn’t that better than having ten sons?”
HANNAH'S PRAYER FOR A SON
9 Once after a sacrificial meal at Shiloh, Hannah
got up and went to pray. Eli the priest was sitting
at his customary place beside the entrance of the
Tabernacle.
10 Hannah was in deep anguish, crying bitterly as
she prayed to the Lord.
11 And she made this vow: “O Lord of Heaven’s
Armies, if you will look upon my sorrow and answer
my prayer and give me a son, then I will give him
back to you. He will be yours for his entire lifetime,
and as a sign that he has been dedicated to the
Lord, his hair will never be cut.”
12 As she was praying to the Lord, Eli watched her.
13 Seeing her lips moving but hearing no sound,
he thought she had been drinking.
14 “Must you come here drunk?” he demanded.
“Throw away your wine!”
15 “Oh no, sir!” she replied. “I have not been drinking
wine or anything stronger. But I am very discouraged,
and I was pouring out my heart to the Lord. 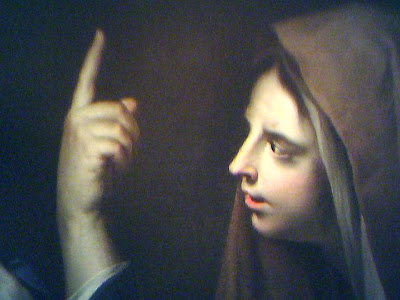 16 Don’t think I am a wicked woman! For I have
been praying out of great anguish and sorrow.”
17 “In that case,” Eli said, “go in peace! May the God
of Israel grant the request you have asked of him.”
18 “Oh, thank you, sir!” she exclaimed. Then she went
back and began to eat again. She was no longer sad.
SAMUEL'S BIRTH AND DEDICATION
19 The entire family got up early the next morning
and went to worship the Lord once more. Then they
returned home to Ramah. When Elkanah slept with
Hannah, the Lord remembered her plea,
20 in due time she gave birth to a son. She named
him Samuel, for she said, “I asked the Lord for him.” 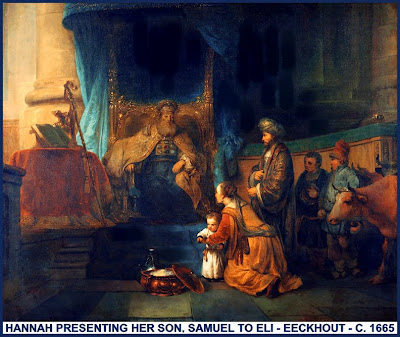 HANNAH'S PRAYER OF PRAISE
1 Then Hannah prayed:
“My heart rejoices in the Lord!
The Lord has made me strong.
Now I have an answer for my enemies;
I rejoice because you rescued me.
2 No one is holy like the Lord!
There is no one besides you;
there is no Rock like our God.

3 “Stop acting so proud and haughty!
Don’t speak with such arrogance!
For the Lord is a God who knows what you
have done; he will judge your actions.
4 The bow of the mighty is now broken,
and those who stumbled are now strong.
5 Those who were well fed are now starving,
and those who were starving are now full.
The childless woman now has seven children,
the woman with many children wastes away.
6 The Lord gives both death and life;
he brings some down to the grave but raises
others up.
7 The Lord makes some poor and others rich;
he brings some down and lifts others up.
8 He lifts the poor from the dust
and the needy from the garbage dump.
He sets them among princes,
placing them in seats of honor.
For all the earth is the Lord’s,
and he has set the world in order.

9 “He will protect his faithful ones,
but the wicked will disappear in darkness.
No one will succeed by strength alone.
10 Those who fight the Lord will be shattered.
He thunders against them from heaven;
the Lord judges throughout the earth.
He gives power to his king;
he improves the strength of his anointed one.”
––––––––––––––––––––––––––––––––––––––––––
HEBREWS 10:11-25
(New Living Translation) NLT
11 Under the old covenant, the priest stands and
ministers before the altar day after day, offering the
same sacrifices again and again, which can never
take away sins.
12 But our High Priest offered himself to God as a
single sacrifice for sins, good for all time. Then he
sat down in the place of honor at God’s right hand.
13 There he waits until his enemies are humbled
and made a footstool under his feet.
14 For by that one offering he forever made perfect
those who are being made holy.
15 And the Holy Spirit also testifies that this is so.
For he says,
16 “This is the new covenant I will make
with my people on that day, says the Lord:
I will put my laws in their hearts,
and I will write them on their minds.”
17 Then he says,
“I will never again remember
their sins and lawless deeds.”
18 And when sins have been forgiven, there is no
need to offer any more sacrifices.
19 And so, dear brothers and sisters, we can boldly
enter heaven’s Most Holy Place because of the
blood of Jesus.
20 By his death, Jesus opened a new and life-giving
way through the curtain into the Most Holy Place.
21 And since we have a great High Priest who rules
over God’s house,
22 let us go right into the presence of God with sincere
hearts fully trusting him. For our guilty consciences
have been sprinkled with Christ’s blood to make us
clean, and our bodies were washed with pure water.
23 Let us hold tightly without wavering to the hope we
affirm, for God can be trusted to keep his promise.
24 Let us think of ways to motivate one another to
acts of love and good works.
25 And let us not neglect our meeting together, as some
people do, but encourage one another, especially
now that the day of his return is drawing near.
———————————————————————
MARK 13:1-8
(Contemporary English Version) CEV

THE TEMPLE WILL BE DESTROYED
See how little Christ values outward pomp, where
there is not real purity of heart. He looks with pity
upon the ruin of precious souls, and weeps over
them, but we do not find him looking with pity
upon the ruin of a fine house.
1 As Jesus was leaving the temple, one of his disciples
said to him, "Teacher, look at these beautiful stones and
wonderful buildings!"
2 Jesus replied, "Do you see these huge buildings?
They will certainly be torn down! Not one stone will be
left in place." 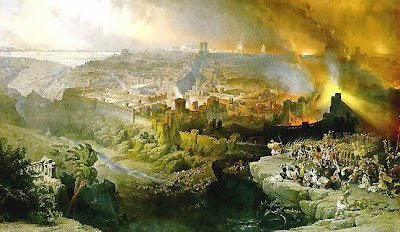 WARNING ABOUT TROUBLE
3 Later, as Jesus was sitting on the Mount of Olives
across from the temple, Peter, James, John, and
Andrew came to him in private.
4 They asked, "When will these things happen? What
will be the sign that they are about to take place?"
5 Jesus answered: Watch out and don't let anyone
fool you!
6 Many will come and claim to be me. They will use
my name and fool many people.
7 When you hear about wars and threats of wars,
don't be afraid. These things will have to happen first,
but that isn't the end.
8 Nations and kingdoms will go to war against each
other. There will be earthquakes in many places, 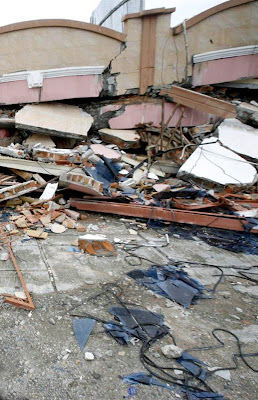 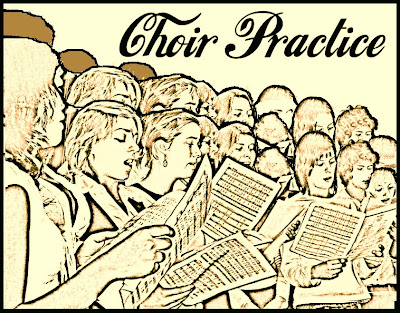 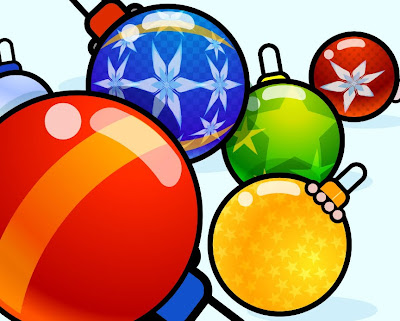