REMINDERS — WEDNESDAY, APRIL 22ND — THIS IS EARTH DAY -
Earth Day is the same date, April 22nd each year.
Each year the day changes; this year, Wednesday! 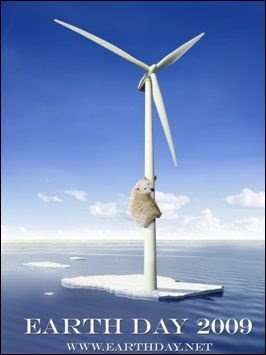 Steve Cohen, Executive Director of Earth Institute
at Columbia University says,"When Earth Day started,
it was like a national day of protest. There was a
counterculture dimension to it. Since the first Earth
Day in 1970, environmental consciousness has
become part of the economic and political standard.
There is now an urgency to preserve our earth.
The 40th Anniversary of Earth Day is in 2010. We have
come a long way, but there is a long way to go." 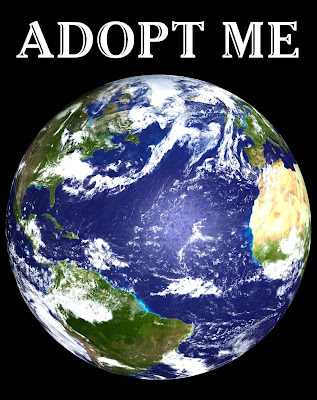 GREEN EARTH HABITS WE CAN ACQUIRE —
1. RETURN PLASTIC BAGS AND WIRE HANGERS.
Landfills are burdened with billions of plastic bags and
wire hangers every year.
2. MOW YOUR GRASS LONG. Longer blades discourage
weeds and insect pests, which means you are under
less pressure to apply toxic pesticides and herbicides. 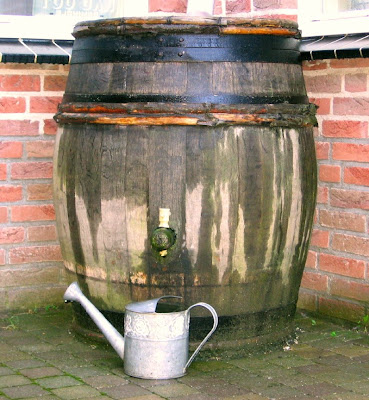 3. INSTALL A RAIN BARREL. Rain barrels are useful for
watering plants, flowers, gardens, shrubs, house plants,
vegetables, trees, filling birdbaths and pet bowls,
washing your car or your porch. People my age can
tell you many stories about the rain barrels of our
childhood.
4. PLANT TREES — 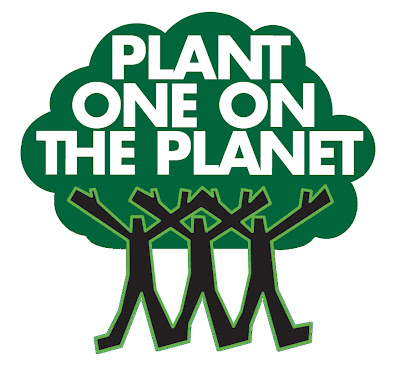 Not many years ago, farmers cut out every tree
or bush that absolutely could not justify itself.
Then our school children came home from
Science class and reminded us:
1. Trees Clean the Soil and Water.
The term phytoremediation is a fancy word
for the absorption of chemicals and other
pollutants. Trees can either store harmful
pollutants or actually change the pollutant
into less harmful forms.
2. Trees Make Effective Sound Barriers
Trees muffle noise almost as well as stone walls.
3. Trees Produce Oxygen.
A mature leafy tree produces as much oxygen
in a season as 10 people inhale in a year.
4. Trees Become Carbon Sinks.
To produce its food, a tree absorbs and locks
away carbon dioxide in the wood, roots and
leaves. A forest is a carbon storage area or a
"sink" that can lock up as much carbon as it
produces.
5. Trees Clean the Air.
We could not exist as we do if there were no
trees. Trees absorb such pollutants as carbon
monoxide, sulfur dioxide, and nitrogen dioxide.
6. Trees Shade and Cool.
Shade from trees reduces the need for air
conditioning in summer.
7. Trees Act as Windbreaks.
In winter, trees break the force of winter winds,
lowering heating costs, and sheltering the
driveway from drifts.
8. Trees Fight Soil Erosion.
Erosion control has always started with tree
and grass planting projects. Tree roots bind
the soil and their leaves break the force of
wind and rain on soil.
9. Trees provide shelter and protection for animals,
wild and domestic.
How do trees help bring rain?
Tree's prepare their food (generate energy) through a
process known as PHOTOSYNTHESIS. There is another
process called TRANSPIRATION through which trees
send out the excess water in the form of water vapor
through small pores present on the leaf surface. A large
number of trees saturate the atmosphere with water vapor
(humidity) which leads to precipitation . . . RAIN.
This phenomena is exhibited in most land plants that use
a moderate amount of water.

The citizens of arid localities, including our own
southwest, are greatly distressed when they ponder
the fact that our predecessors brought about drought
by over grazing and cutting the trees without replacing
them. African countries are in the midst of a massive
campaign to plant and grow millions of trees in an attempt
to turn the desert tide. 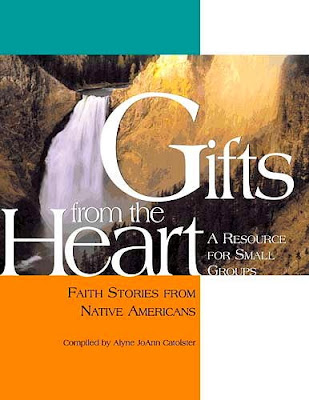 FROM THE BOOK, "GIFTS FROM THE HEART" —
Historically, in the Native American tradition, many
nations (tribes) have conducted a "GIVING AWAY"
when being honored or celebrated. In the majority
culture, the expectation is to RECEIVE gifts when
being honored, recognized, or celebrated.

EXAMPLE: On graduation day the graduating student
is the one being honored, but the student and her/his
family thank the school with Gifts given to the president,
dean, professors, and others who provided influence
and direction to the student during her/his formative
years. Give-aways can be traced back to tribes/nations
of the midwestern and high plains.

ACTS 3:12-19 (New American Standard Bible) NAS
Our Lord always spoke as having Almighty power, never hesitated to receive the greatest honor that was given to him on account of his Divine miracles. But the apostles referred all to their Lord, and refused to receive any honor, except as his undeserving instruments. After a lame beggar is cured by the power of the Risen Lord through Peter and John, Peter invites the wondering crowd to repent and follow Jesus. 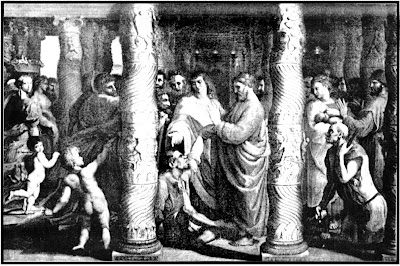 12 But when Peter saw this, he replied to the people,
"Men of Israel, why are you amazed at this, or why do
you gaze at us, as if by our own power or piety we had
made him walk?

13 "The God of Abraham, Isaac and Jacob, the God of
our fathers, has glorified His servant Jesus, the one
whom you delivered and disowned in the presence of
Pilate, when he had decided to release Him.

14 "But you disowned the Holy and Righteous One and
asked for a murderer to be granted to you,

15 but put to death the Prince of life, the one whom
God raised from the dead, a fact to which we are
witnesses.

16 "And on the basis of faith in His name, it is the
name of Jesus which has strengthened this man
whom you see and know; and the faith which comes
through Him has given him this perfect health in the
presence of you all.

17 "And now, brethren, I know that you acted in
ignorance, just as your rulers did also.

18 "But the things which God announced beforehand
by the mouth of all the prophets, that His Christ would
suffer, He has thus fulfilled.

Evening Prayer of Trust in God.
A Psalm of David.
1 Answer me when I call, O God of my
righteousness!
You have relieved me in my distress;
Be gracious to me and hear my prayer.
2 O sons of men, how long will my honor
become a reproach?
How long will you love what is worthless
and aim at deception? Selah.
3 But know that the LORD has set apart the
godly man for Himself;
The LORD hears when I call to Him.
4 Tremble, and do not sin;
Meditate in your heart upon your bed, and
be still. Selah.
5 Offer the sacrifices of righteousness,
And trust in the LORD.
6 Many are saying, "Who will show us any good?"
Lift up the light of Your countenance upon us,
O LORD!
7 You have put gladness in my heart,
More than when their grain and new wine
abound.
8 In peace I will both lie down and sleep,
For You alone, O LORD, make me to dwell in
safety.
≈≈≈≈≈≈≈≈≈≈≈≈≈≈≈≈≈≈≈≈≈≈≈≈≈≈≈≈≈≈≈≈≈≈≈≈≈≈≈≈≈≈≈≈≈
1 JOHN 3:1-7 (New Living Translation) NLT
Knowing that we are God's children now and we
abide in Jesus enables us to live more and more
without sin. Repentance is no one-time act, but a
lifelong commitment.

1 See how very much our Father loves us, for he calls
us his children, and that is what we are! But the people
who belong to this world don’t recognize that we are
God’s children because they don’t know him.

3 And all who have this eager expectation will keep
themselves pure, just as he is pure.

4 Everyone who sins is breaking God’s law, for all sin
is contrary to the law of God.

5 And you know that Jesus came to take away our
sins, and there is no sin in him.

6 Anyone who continues to live in him will not sin.
But anyone who keeps on sinning does not know
him or understand who he is.

7 Dear children, don’t let anyone deceive you about
this: When people do what is right, it shows that they
are righteous, even as Christ is righteous.
≈≈≈≈≈≈≈≈≈≈≈≈≈≈≈≈≈≈≈≈≈≈≈≈≈≈≈≈≈≈≈≈≈≈≈≈≈≈≈≈≈≈≈≈≈
LUKE 24:36-48 (New Living Translation) NLT
Jesus appeared in a miraculous manner, assuring
the disciples of his peace, though they had so lately
forsaken him, and promising spiritual peace with
every blessing. After his appearance to two dispirited
disciples heading toward Emmaus, Jesus tells the
rest of those gathered at another meal to proclaim
repentance and forgiveness of sins in his name. 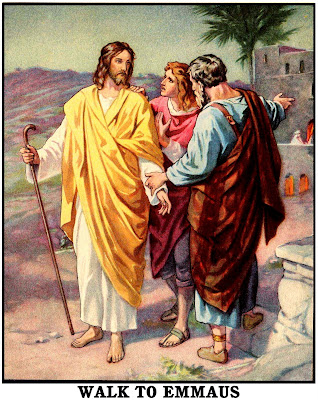 36 And just as they were telling about it, Jesus himself
was suddenly standing there among them. “Peace be
with you,” he said.
37 But the whole group was startled and frightened,
thinking they were seeing a ghost!
38 “Why are you frightened?” he asked. “Why are your
hearts filled with doubt?
39 Look at my hands. Look at my feet. You can see that
it’s really me. Touch me and make sure that I am not a
ghost, because ghosts don’t have bodies, as you see
that I do.”
40 As he spoke, he showed them his hands and his feet.
41 Still they stood there in disbelief, filled with joy and
wonder. Then he asked them, “Do you have anything
here to eat?”
42 They gave him a piece of broiled fish,
43 and he ate it as they watched. 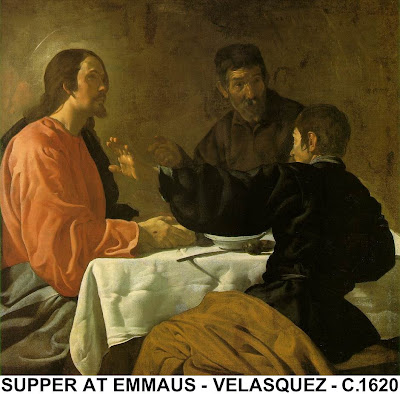 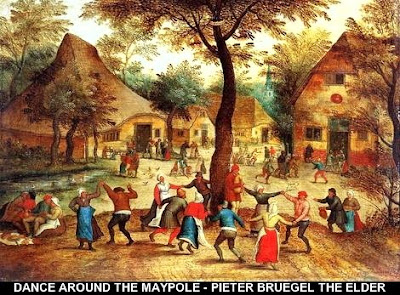