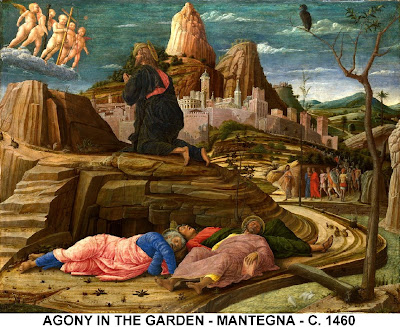 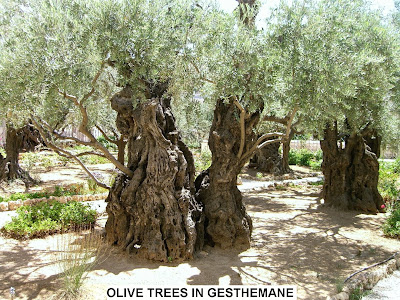 ≈≈≈≈≈≈≈≈≈≈≈≈≈≈≈≈≈≈≈≈≈≈≈≈≈≈≈≈≈≈≈≈≈≈≈≈≈≈≈≈≈≈
SUNDAY, APRIL 12TH — EASTER SUNDAY
COLORS - WHITE AND GOLD
No Sunrise Service. Regular schedule.
The Easter season begins at sunset on the eve of
Easter and extends for fifty days (Great Fifty Days)
through the Day of Pentecost. Liturgically and
technically speaking, service held in the morning
of Easter Day is the second service of Easter. The
Easter Vigil is the first. The surrounding culture
tends to observe Easter for a day or a weekend and
then we put it away.

Our Scripture Readings for this morning are:
ACTS 10:34-43 (Amplified Bible)
Peter proclaims to Cornelius and his household both
what they know about Jesus from widespread reports
and what he and the apostles personally witnessed
and were commanded to tell by the risen Lord: the
resurrection of Jesus, and his appointment by God as
judge of the living and the dead.

34 And Peter opened his mouth and said: Most
certainly and thoroughly I now perceive and
understand that God shows no partiality and is
no respecter of persons,
35 But in every nation he who venerates and has
a reverential fear for God, treating Him with
worshipful obedience and living uprightly, is
acceptable to Him and sure of being received
and welcomed by Him.
36 You know the contents of the message
which He sent to Israel, announcing the good
news, Gospel of peace by Jesus Christ, Who
is Lord of all -
37 The same message which was proclaimed
throughout all Judea, starting from Galilee after
the baptism preached by John -
38 How God anointed and consecrated Jesus of
Nazareth with the Holy Spirit and with strength
and ability and power; how He went about doing
good and, in particular, curing all who were
harassed and oppressed by the power of the
devil, for God was with Him.
39 And we are eye and ear witnesses of
everything that He did both in the land of the
Jews and in Jerusalem. And yet they put Him
out of the way; murdered Him by hanging Him
on a tree; 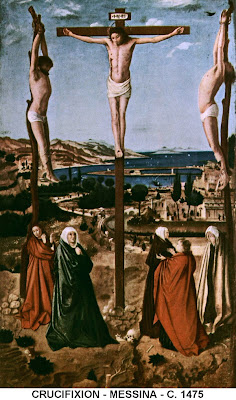 40 But God raised Him to life on the third day
and caused Him to be manifest to be plainly seen,
41 Not by all the people but to us who were chosen,
designated, beforehand by God as witnesses, who
ate and drank with Him after He arose from the dead.
42 And He charged us to preach to the people and
to bear solemn testimony that He is the
God-appointed and God-ordained Judge of the living
and the dead.
43 To Him all the prophets testify that everyone who believes in Him who adheres to, trusts in, and relies on Him, giving himself up to Him receives forgiveness of sins through His name.

1 Thank the Lord because he is good.
His love continues forever.

15 Shouts of joy and victory
come from the tents of those who do right:
"The Lord has done powerful things."

17 I will not die, but live,
and I will tell what the Lord has done.

18 The Lord has taught me a hard lesson,
but he did not let me die.

19 Open for me the Temple gates.
Then I will come in and thank the Lord.

20 This is the Lord's gate;
only those who are good may enter through it.

21 Lord, I thank you for answering me.
You have saved me.

22 The stone that the builders rejected
became the cornerstone.

23 The Lord did this,
and it is wonderful to us. 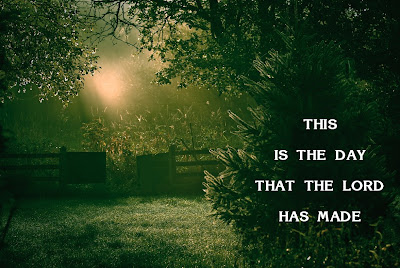 THE RESURRECTION OF CHRIST
1 Now, brothers, I want to remind you of the gospel I
preached to you, which you received and on which
you have taken your stand.
2 By this gospel you are saved, if you hold firmly to
the word I preached to you. Otherwise, you have
believed in vain.
3 For what I received I passed on to you as of first
importance: that Christ died for our sins according to
the Scriptures, 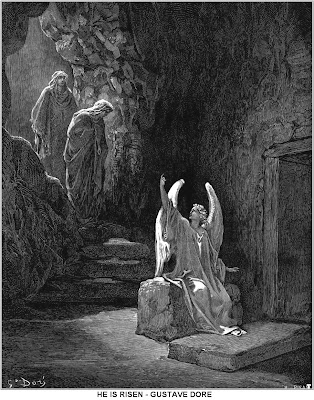 4 that he was buried, that he was raised on the third
day according to the Scriptures,
5 and that he appeared to Peter, then to the Twelve.
6 After that, he appeared to more than five hundred
of the brothers at the same time, most of whom are
still living, though some have fallen asleep.
7 Then he appeared to James, then to all the apostles,
8 and last of all he appeared to me also, as to one
abnormally born.
9 For I am the least of the apostles and do not even
deserve to be called an apostle, because I persecuted
the church of God.
10 But by the grace of God I am what I am, and his
grace to me was not without effect. No, I worked harder
than all of them—yet not I, but the grace of God that
was with me.
11 Whether, then, it was I or they, this is what we preach,
and this is what you believed.
–––––––––––––––––––––––––––––––––––––––––––––
JOHN 20:1-18
(New International Reader's Version) NIRV
Peter and the beloved disciple verify Mary Magdalene's
story that the tomb of Jesus is empty. Mary Magdalene
encounters the risen Christ who sends her to announce
his ascension to the other disciples.
THE TOMB IS EMPTY
1 Early on the first day of the week, Mary Magdalene
went to the tomb. It was still dark. She saw that the
stone had been moved away from the entrance.
2 So she ran to Simon Peter and another disciple, the
one Jesus loved. She said, "They have taken the Lord
out of the tomb! We don't know where they have put
him!"
3 So Peter and the other disciple started out for the
tomb.
4 Both of them were running. The other disciple ran
faster than Peter. He reached the tomb first.
5 He bent over and looked in at the strips of linen
lying there. But he did not go in.
6 Then Simon Peter, who was behind him, arrived. He
went into the tomb. He saw strips of linen lying there.
7 He also saw the burial cloth that had been around
Jesus' head. The cloth was folded up by itself. It was
separate from the linen.
8 The disciple who had reached the tomb first also
went inside. He saw and believed.
9 They still did not understand from Scripture that
Jesus had to rise from the dead.

JESUS APPEARS TO MARY MAGDALENE
10 Then the disciples went back to their homes.
11 But Mary stood outside the tomb crying. As
she cried, she bent over to look into the tomb.
12 She saw two angels dressed in white. They
were seated where Jesus' body had been. One
of them was where Jesus' head had been laid.
The other sat where his feet had been placed.
13 They asked her, "Woman, why are you crying?"
"They have taken my Lord away," she said. "I don't
know where they have put him."
14 Then she turned around and saw Jesus standing
there. But she didn't realize that it was Jesus.
15 "Woman," he said, "why are you crying? Who are
you looking for?" She thought he was the gardener.
So she said, "Sir, did you carry him away? Tell me
where you put him. Then I will go and get him."
16 Jesus said to her, "Mary." She turned toward him.
Then she cried out in the Aramaic language,
"Rabboni!" Rabboni is Teacher. 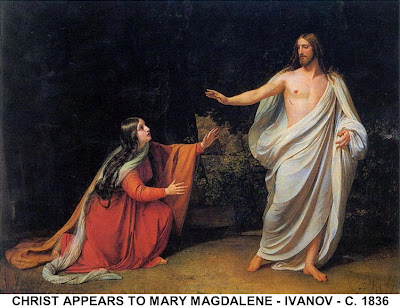 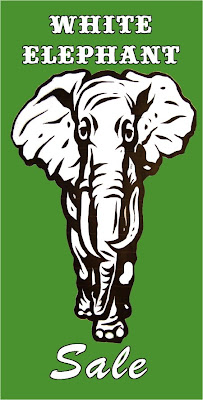 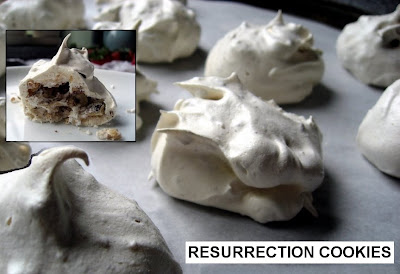 You will need to PREHEAT oven to 300 degrees
(Important-don't wait until half done with the recipe)!

Place pecans in zipper baggie: Let children beat them
with wooden spoon to break into small pieces.
Explain: After Jesus was arrested, He was beaten by
the Roman soldiers.
Read John 19:1-3.

Let each child smell the vinegar.
Put 1 tsp. Vinegar into mixing bowl.
Explain that when Jesus was thirsty on the cross,
He was given vinegar to drink.
Read John 19:28-30.

Sprinkle a little salt into each child's hand.
Let them taste it and brush the rest into the bowl.
Explain that this represents the salty tears shed by
Jesus' followers, and the bitterness of our own sin.
Read Luke 23:27.

So far, the ingredients are not appetizing.

Add 1 cup sugar. Explain that the sweetest part of
the story is that Jesus died because He loves us.
He wants us to know and belong to Him.
Read Palms 34:8 and John 3:16.


Beat with a mixer on high speed for 12 to 15 minutes
until stiff peaks are formed. Explain that the color white
represents -- in God's eyes --the purity of those whose
sins have been cleansed by Jesus.
Read Isaiah 1:18 and John 3:1-3.

Put the cookie sheet in the oven, close the door
and turn the oven OFF.

Give each child a piece of tape to seal the oven door.
Explain that Jesus' tomb was sealed.
Read Matt. 27:65-66.

GO TO BED! Explain that they may think about
leaving the cookies in the oven overnight. Jesus'
followers were in despair when the tomb was sealed.
Read John 16:20 and 22.

On Easter morning, open the oven and give
everyone a cookie. Notice the cracked surface and
take a bite. The cookies are hollow! 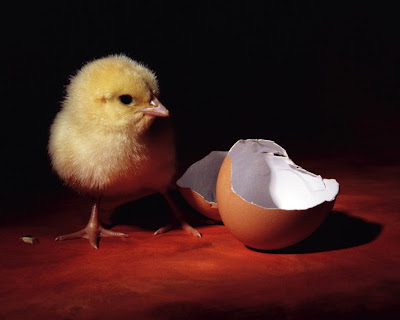 Children have been enjoying Easter Eggs for a very long time. 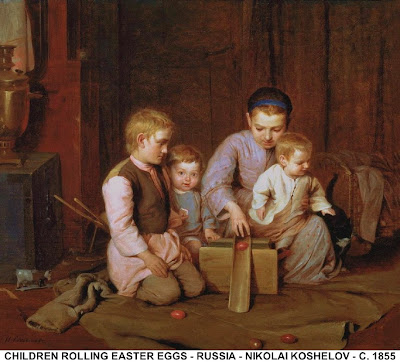 Adults have been enjoying the art of egg decoration
for a very long time as well. 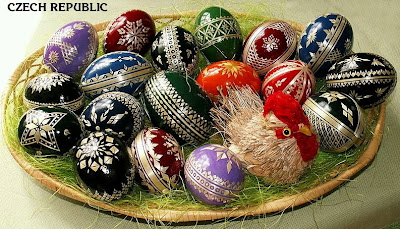 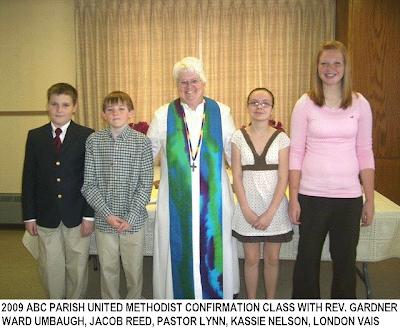 Palm Sunday Confirmation Service was held on
Sunday, April 5, 2009. The Adair & Casey United
Methodist Church congregations held a combined
worship at 9:00AM hosted by Casey United Methodist
Church. We celebrated the Confirmation of Faith of
four students who have attended classes for the past
several months. We had a great group this term and
had a wonderful time. Sunday, the church was packed
with well-wishers and people supporting our new
confirmands. Welcome to our midst, kids, we are very
glad to have you with us.

Thank you, everyone, for a wonderful week.
God bless and keep you,
Pastor Lynn
Posted by Pastor Melodee Carstens