•R•E•M•I•N•D•E•R•S•
WEDNESDAY, FEBRUARY 18TH —
D/R CIRCLE will be at 1:30 P.M. in Adair UMC.
Esther Circle will be in Donna Sheeder's home at 7 P.M.
Martha Circle will meet in Casey UMC at 7 P.M.
NO YOUTH GROUP THIS EVENING.
This is the day Pastor Lynn leaves for her cruise to
Antarctica. Would you like to see the ship? 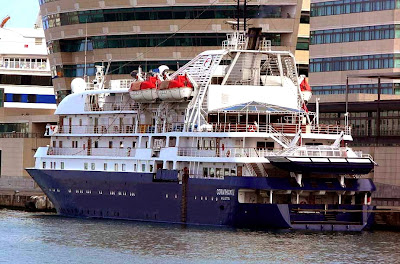 I must not forget to take my camera! 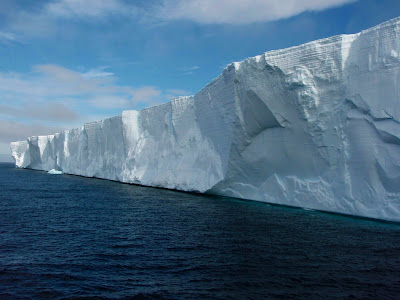 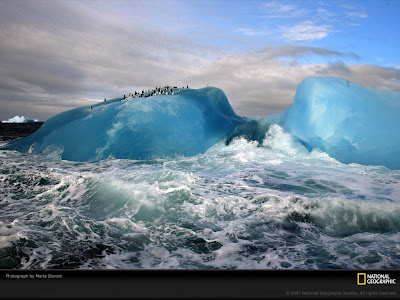 We celebrate the revelation of Christ's glory before the
passion so that we may be strengthened to bear our cross.
We observe, before Lenten Season, where the focus and
discipline in walking the way of the cross will lead us.

At Easter, the dying and rising of Christ overshadows the
Transfiguration, so now we can remind ourselves that this
does indeed, have a happy ending. 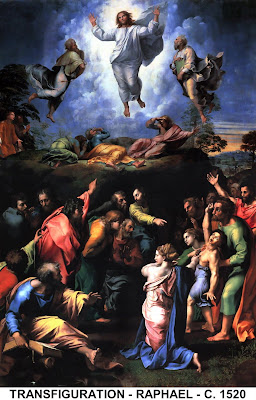 —————————————————————————
Our Scripture Readings for today are:
2 KINGS 2:1-12;
A story of discipleship and transition to leadership —
Elisha stays with and follows his master, Elijah,
knowing full well that Elijah is about to die. He seeks
one final blessing from his master — a double portion
of his spirit. A chariot of fire receives Elijah into the sky.

2 Kings 2:1-12 (Amplified Bible)
1 WHEN THE Lord was about to take Elijah up to heaven by
a whirlwind, Elijah and Elisha were going from Gilgal.

2 And Elijah said to Elisha, Tarry here, I pray you, for the Lord has sent me to Bethel. But Elisha replied, As the Lord lives and as your soul lives, I will not leave you. So they went down to Bethel. 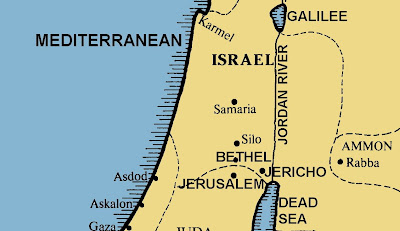 3 The prophets' sons who were at Bethel came to Elisha and said, Do you know that the Lord will take your master away from you today? He said, Yes, I know it; hold your peace.

4 Elijah said to him, Elisha, tarry here, I pray you, for the Lord has sent me to Jericho. But he said, As the Lord lives and as your soul lives, I will not leave you. So they came to Jericho.

5 The sons of the prophets who were at Jericho came to Elisha and said, Do you know that the Lord will take your master away from you today? And he answered, Yes, I know it; hold your peace.

6 Elijah said to him, Tarry here, I pray you, for the Lord has sent me to the Jordan. But he said, As the Lord lives and as your soul lives, I will not leave you. And the two of them went on.

7 Fifty men of the sons of the prophets also went and stood [to watch] afar off; and the two of them stood by the Jordan.

8 And Elijah took his mantle and rolled it up and struck the waters, and they divided this way and that, so that the two of them went over on dry ground.

9 And when they had gone over, Elijah said to Elisha, Ask what I shall do for you before I am taken from you. And Elisha said, I pray you, let a double portion of your spirit be upon me.

10 He said, You have asked a hard thing. However, if you see me when I am taken from you, it shall be so for you--but if not, it shall not be so.

11 As they still went on and talked, behold, a chariot of fire and horses of fire parted the two of them, and Elijah went up by a whirlwind into heaven.

12 And Elisha saw it and he cried, My father, my father! The chariot of Israel and its horsemen! And he saw him no more. And he took hold of his own clothes and tore them in two pieces. 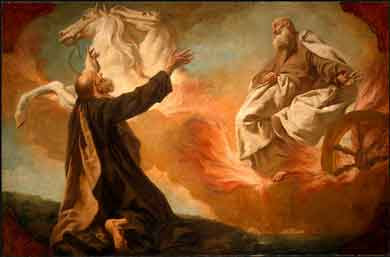 PSALM 50:1-6 (UMH 783), (New Living Translation). A psalm of instruction. God calls the covenant people to assemble for a word of judgment and redemption.

A PSALM OF ASAPH.
1 The Lord, the Mighty One, is God,
and he has spoken;
he has summoned all humanity
from where the sun rises to where it sets.

2 From Mount Zion, the perfection of beauty,
God shines in glorious radiance.

3 Our God approaches,
and he is not silent.
Fire devours everything in his way,
and a great storm rages around him.

4 He calls on the heavens above and earth below
to witness the judgment of his people.

5 “Bring my faithful people to me—
those who made a covenant with me by giving sacrifices.”

6 Then let the heavens proclaim his justice,
for God himself will be the judge.
SELAH (Stop and Listen)

2 CORINTHIANS 4:3-6 (Amplified Bible)
Paul reminds the Christians at Corinth that the validity of his preaching ministry in Corinth is not based on flashy or attractive eloquence, but rather on whether he is faithfully declaring "Jesus Christ as Lord and ourselves as your slaves for Jesus' sake." Just as the "god of this world" is blinding those who do not receive the gospel, it is the God of all who is opening the eyes of those who do receive it.

4 For the god of this world has blinded the unbelievers' minds [that they should not discern the truth], preventing them from seeing the illuminating light of the Gospel of the glory of Christ (the Messiah), Who is the Image and Likeness of God.

5 For what we preach is not ourselves but Jesus Christ as Lord, and ourselves [merely] as your servants (slaves) for Jesus' sake.

6 For God Who said, Let light shine out of darkness, has shone in our hearts so as [to beam forth] the Light for the illumination of the knowledge of the majesty and glory of God [as it is manifest in the Person and is revealed] in the face of Jesus Christ (the Messiah). —————————————————————————

MARK 9:2-9 (Amplified Bible)
A glimpse of Christ's kingdom was given in the transfiguration. Six days after explaining that he would be executed in Jerusalem, Jesus leads three of his disciples up a mountain where "he was transfigured before them." The disciples also saw Jesus speaking with Moses and Elijah and did not know how to respond. A voice from the cloud instructed them to listen to Jesus.

2 Six days after this, Jesus took with Him Peter and James and John and led them up on a high mountain apart by themselves. And He was transfigured before them and became resplendent with divine brightness.

3 And His garments became glistening, intensely white, as no launderer on earth could bleach them.

4 And Elijah appeared there to them, accompanied by Moses, and they were holding a long, protracted conversation with Jesus.

5 And Peter took up the conversation, saying, Master, it is good and suitable and beautiful for us to be here. Let us make three booths (tents) - - one for You and one for Moses and one for Elijah.

6 For he did not really know what to say, for they were in a violent fright, aghast with dread.

7 And a cloud threw a shadow upon them, and a voice came out of the cloud, saying, This is My Son, the most worthy, Beloved One. Be constantly listening to and obeying Him! 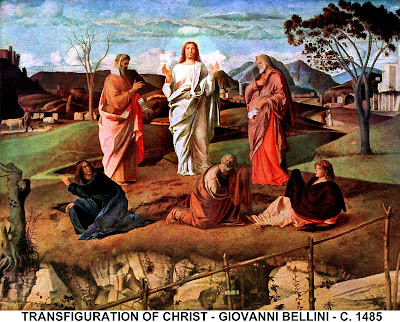 8 And looking around, they suddenly no longer saw anyone with them except Jesus only.

Bring your old Palm Fronds to church on the Sunday before Lent starts so we can burn them prior to Ash Wednesday. 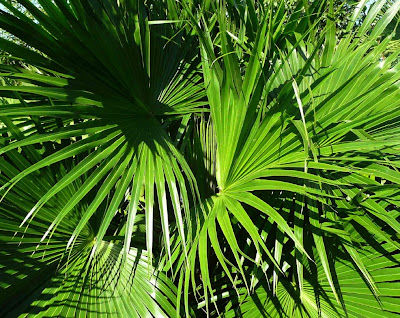 Today's project for the Confirmation Class is to attend an Ash Wednesday Service. There are four local services scheduled.

Carnivals are popular all over the world, as a last opportunity to be self indulgent before Ash Wednesday and the beginning of the Lenten Season. There are documented carnivals from as far back as the 12th Century - and probably undocumented ones before that. The word carnival comes from the Latin for "Farewell, meat!". Lent (which begins on Ash Wednesday) obliged people to fast, and during the period up to Ash Wednesday all meat, butter and eggs had to be used up.

This religious formality became the excuse for a party where licentious and self indulgent behavior are celebrated. With identities protected by a mask, people could carry out all sorts of mischief and never be found out, before beginning their focus on abstinence and the self restraint of the spiritual Lenten Season. 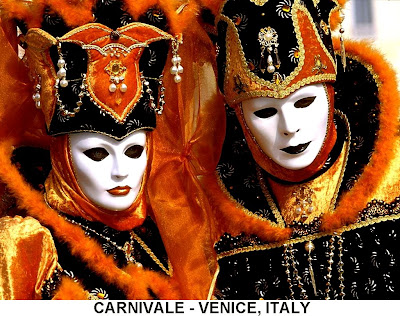 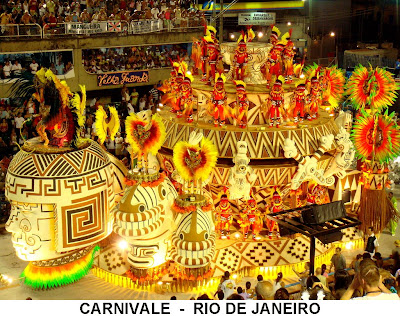 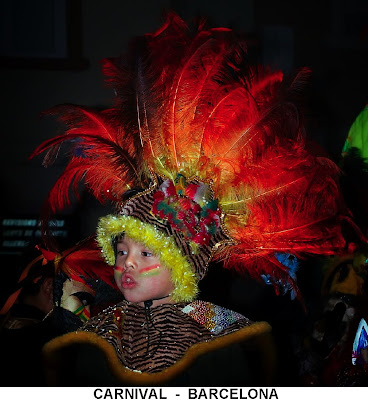 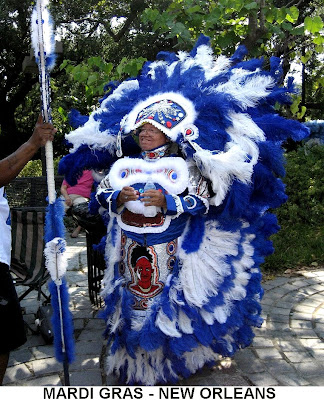 We have churches above 40° N that celebrate Mardi Gras, but sometimes our sub-zero weather and blowing snow just takes the edge off of a party.

Thursday, February 26th — Naomi will be out of the office for part of the day as she has family commitments.

If you have an emergency in your family, contact her. She may be out part of the time so call to find out.

Angel Food Distribution will be at Casey UMC on Saturday, February 28th from 1 PM to 2 PM

We will keep rolling along in Pastor Lynn's absence. We
know she will have a wonderful time down among the
glaciers and icebergs. She may see some whales and
seals as well. Perhaps the penguins will teach her how to
dance. 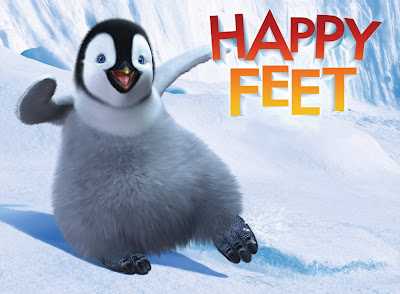