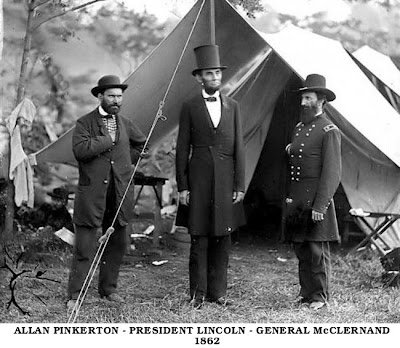 Born February 12, 1809, he was the 16th President of the
United States. Old news you say? He successfully led our
country through its greatest internal crisis, the American
Civil War, preserving the Union and ending slavery. For his
convictions, he became the first American president to be
assassinated.

This leads into a reminder that this is black history month. 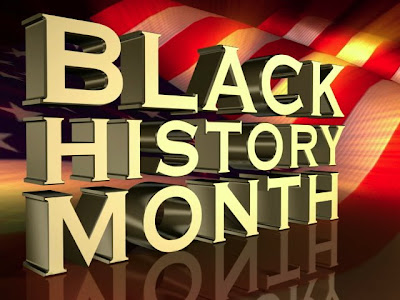 Reverend Martin Luther King was a man of very strong
convictions as well, and spoke of his dream at every
opportunity. He never wavered from his beliefs, but always
maintained a policy of non-violence. We remember he too
was assassinated for his convictions. The lives and deaths
of both Lincoln and King served to strengthen their position
and persuade the world that slavery is intolerable.
—————————————————————————
DREAMS By Langston Hughes
Hold fast to dreams
For if dreams die
Life is a broken-winged bird
That cannot fly.
Hold fast to dreams
For when dreams go
Life is a barren field
Frozen with snow. 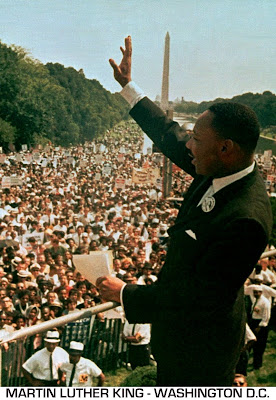 Whenever I read about our Civil War, it reminds me of the
Israelites of the Old Testament - and of later times.
Jesus was a man of non-violence and strong convictions.
Do we see any other similarities to Lincoln and King?
≈≈≈≈≈≈≈≈≈≈≈≈≈≈≈≈≈≈≈≈≈≈≈≈≈≈≈≈≈≈≈≈≈≈≈≈≈≈≈≈≈≈≈≈≈≈
SATURDAY, FEBRUARY 14TH —
IT'S VALENTINES DAY
Time to reveal to your paramour how you really feel about
her - or him. If this is your first venture down the uncertain
path of love, first have someone older explain the concept
of "jealousy" to you. It'll come in handy. 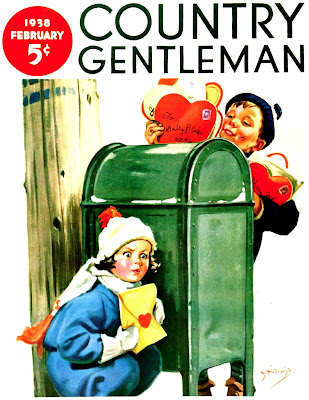 ≈≈≈≈≈≈≈≈≈≈≈≈≈≈≈≈≈≈≈≈≈≈≈≈≈≈≈≈≈≈≈≈≈≈≈≈≈≈≈≈≈≈≈≈≈≈
SUNDAY, FEBRUARY 15TH —
Sixth Sunday after Epiphany - Our color is Green
Memory Verse for Today:
“Prayer” - John 15:7
“If you remain in me and my words remain in you,
ask whatever you wish, and it will be given you.”
—————————————————————————
In Casey we will have a baptism today. Dorothy Dillinger's
grand daughter, Grace.
—————————————————————————
Our Scripture Readings are:
2 KINGS 5:1-14
Healing/Cleansing: Our focus is on healing.
Remember that the kind of healing described in 2
Kings and Mark is "cleansing," which in the biblical
context is as much about a restoration to community
as it is elimination of disease. So here you may
consider not only images of "cleansing waters" or
other cleaning agents, but also images of people
returning home from war, from long hospitalization,
or from prison. Kings records the story of the
"cleansing" of Naaman. Naaman, a Syrian
commander, is asked to dip himself seven times in
the Jordan River, whose waters were murky and
muddy.
2 KINGS 5:1-14 (Amplified Bible)
1 NAAMAN, COMMANDER of the army of the king of Syria,
was a great man with his master, accepted and acceptable,
because by him the Lord had given victory to Syria. He was
a mighty man of valor. . . but he was a leper. 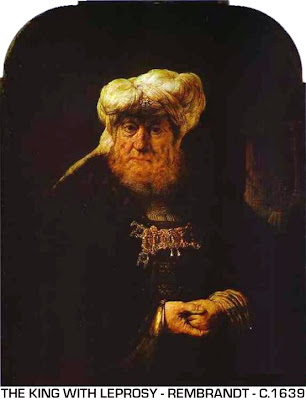 2 The Syrians had gone out in bands and had brought away
captive out of the land of Israel a little maid, and she waited
on Naaman's wife.

3 She said to her mistress, Would that my lord were with the
prophet who is in Samaria! He would heal him of his leprosy.

4 Naaman went in and told his king, Thus and thus said the
maid from Israel.

5 And the king of Syria said, Go now, and I will send a letter
to the king of Israel. And he departed and took with him ten
talents of silver, 6,000 shekels of gold, and ten changes of
raiment.

6 And he brought the letter to the king of Israel. It said,
When this letter comes to you, I will with it have sent to you
my servant Naaman, that you may cure him of leprosy.

7 When the king of Israel read the letter, he rent his clothes
and said, Am I God, to kill and to make alive, that this man
sends to me to heal a man of his leprosy? Just consider and
see how he is seeking a quarrel with me.

8 When Elisha the man of God heard that the king of Israel
had rent his clothes, he sent to the king, asking, Why have
you rent your clothes? Let Naaman come now to me and
he shall know that there is a prophet in Israel.

9 So Naaman came with his horses and chariots and
stopped at Elisha's door.

10 Elisha sent a messenger to him, saying, Go and wash
in the Jordan seven times, and your flesh shall be
restored and you shall be clean.

11 But Naaman was angry and went away and said,
Behold, I thought he would surely come out to me and
stand and call on the name of the Lord his God, and wave
his hand over the place and heal the leper.

12 Are not Abana and Pharpar, the rivers of Damascus,
better than all the waters of Israel? May I not wash in
them and be clean? He turned and went away in a rage.

13 And his servants came near and said to him, My father,
if the prophet had bid you to do some great thing, would
you not have done it? How much rather, then, when he
says to you, Wash and be clean?

1 I will exalt you, Lord, for you rescued me.
You refused to let my enemies triumph over me.

2 O Lord my God, I cried to you for help,
and you restored my health.

3 You brought me up from the grave, O Lord.
You kept me from falling into the pit of death.

4 Sing to the Lord, all you godly ones!
Praise his holy name.

5 For his anger lasts only a moment,
but his favor lasts a lifetime!
Weeping may last through the night,
but joy comes with the morning. 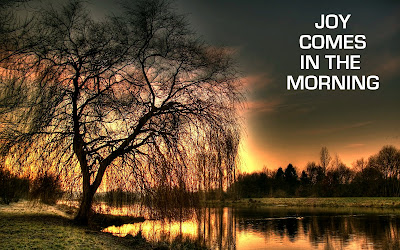 6 When I was prosperous, I said,
“Nothing can stop me now!”

7 Your favor, O Lord, made me as secure as a mountain.
Then you turned away from me, and I was shattered.

8 I cried out to you, O Lord.
I begged the Lord for mercy, saying,

9 “What will you gain if I die,
if I sink into the grave?
Can my dust praise you?
Can it tell of your faithfulness? 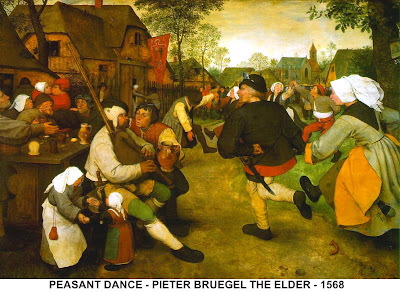 11 You have turned my mourning into joyful dancing.
You have taken away my clothes of mourning and
clothed me with joy,

12 that I might sing praises to you and not be silent.
O Lord my God, I will give you thanks forever!
≈≈≈≈≈≈≈≈≈≈≈≈≈≈≈≈≈≈≈≈≈≈≈≈≈≈≈≈≈≈≈≈≈≈≈≈≈≈≈≈≈≈≈≈≈≈
1 CORINTHIANS 9:24-27
I Corinthians uses rigorous athletic imagery to
make its point. Athletes then, as now, were among
the cultural "superstars" of their time. Paul continues
his advice for effective ministry and discipleship.
Here, it's all about intentional self-discipline,
including discipline of our bodies, aimed toward
"winning the prize," the "imperishable wreath."

In Malcolm Gladwell's book, "OUTLIERS", he
determines that people thought to be innately
talented, actually work very hard and seem to
commit at least 10,000 hours of practice to any
chosen skill that eventually enables them to take
a desired opportunity. The secret is hard work. 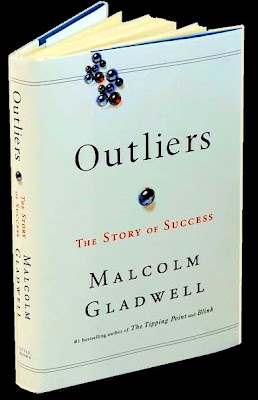 24 Do you not know that in a race all the runners compete,
but only one receives the prize? So run your race that you
may lay hold of the prize and make it yours.

25 Now every athlete who goes into training conducts
himself temperately and restricts himself in all things.
They do it to win a wreath that will soon wither, but we do
it to receive a crown of eternal blessedness that cannot wither.

26 Therefore I do not run uncertainly without definite aim.
I do not box like one beating the air and striking without an
adversary.

27 But, like a boxer, I buffet my body, handle it roughly,
discipline it by hardships and subdue it, for fear that after
proclaiming to others the Gospel and things pertaining to it,
I myself should become unfit, not stand the test, be
unapproved and rejected as a counterfeit.
≈≈≈≈≈≈≈≈≈≈≈≈≈≈≈≈≈≈≈≈≈≈≈≈≈≈≈≈≈≈≈≈≈≈≈≈≈≈≈≈≈≈≈≈≈≈
MARK 1:40-45
Jesus is moved by compassion to cleanse a leper.
The cleansed man tells everyone, so Jesus can no
longer enter towns and villages because his fame
(or infamy) for touching a leper had spread.

MARK 1:40-45 (Amplified Bible)
HE HEALS A LEPER
40 And a leper came to Him, begging Him on his knees
and saying to Him, If You are willing, You are able to
make me clean.

41 And being moved with pity and sympathy, Jesus
reached out His hand and touched him, and said to him,
I am willing; be made clean!

42 And at once the leprosy completely left him and
he was made clean by being healed.

43 And Jesus charged him sternly sharply and
threateningly, and with earnest admonition and
acting with deep feeling, thrust him forth and sent
him away at once,

44 And said to him, See that you tell nothing of this
to anyone; but begone, show yourself to the priest,
and offer for your purification what Moses commanded,
as a proof and evidence to the people, that you are
really healed. 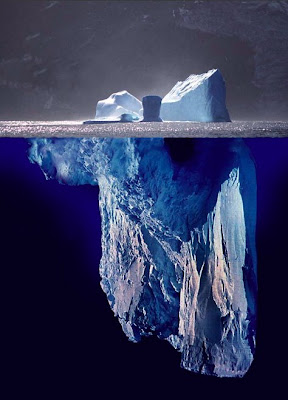 With the iceberg, as with most things, there is more to
it than meets the eye.

Dear Friends & Family,
As most of you know, our Granddaughter Alicia has
Type 1 Diabetes. She was diagnosed when she was
10 years old and now she is 15. It is definitely a
challenge to have a disease that others cannot see
and do not know much about, especially as a teenager.
Something as simple as a cold or case of the flu can
cause an afflicted person's organs to shut down.

Lloyd & I will be walking for a cure this year. Please
support us by sending a donation to the Juvenile
Diabetes Research Foundation.
Thank You,
Carol McCuen
—————————————————————————
Thank you for your participation and devotion in our
church family. Sometimes it may take 10,000 hours to
get where we're going, so thank you for your
perseverance and persistence.