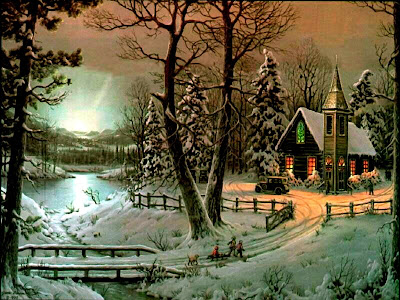 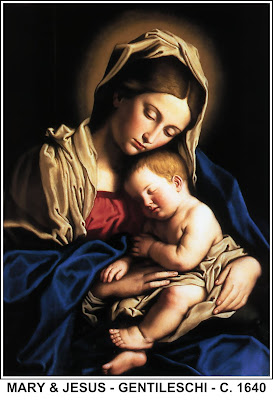 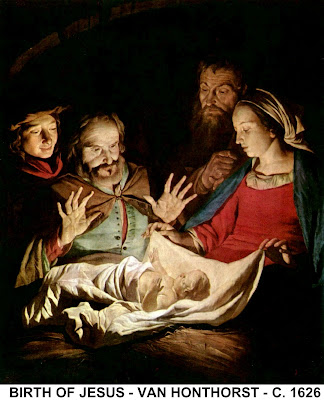 Regardless of the birthplace of a child, he is indeed the greatest blessing the human race can know. Our first objectives are always to give a child love, nourishment, protection and an education - teaching him everything he will need to know as he grows. I'm sure Mary and Joseph took those obligations very seriously. 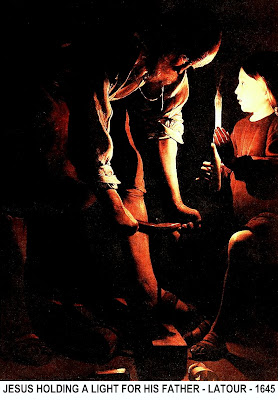 Sometimes we treat Mary and Joseph as two people who just happened to be there when Jesus was born - but we both know that's not the way it is. The real work begins after that first cry.
~~~~~~~~~~~~~~~~~~~~~~~~~~~~~~~~~~~
DECEMBER 28th —
FIRST SUNDAY AFTER CHRISTMAS
It's still Christmas, so there are intentional themes across the three texts and Psalm. Basic is God breaking into human history, in the person of Jesus. God changes the playing field for everyone.
Our Scripture readings are:
ISAIAH 61:10-62:3
For the exiles returned from Babylon to face a ruined capital city, Isaiah's expectation of God's action is that Jerusalem will "shine out like the dawn" for all to see. God's intrusion happens in and for the ruined places, and God's vindication of such places blazes. This is far more than "Yes, we can." The word of the prophet is "Yes, God will!"

After a summer of tornadoes and floods,
we know a little about repairing ruins. 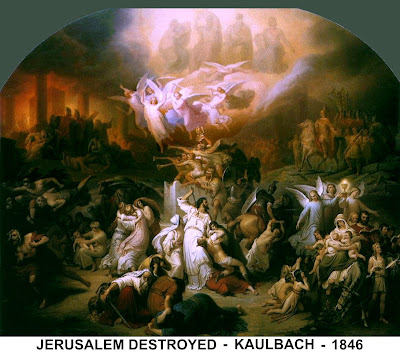 10 I will greatly rejoice in the Lord, my soul will exult in my God; for He has clothed me with the garments of salvation, He has covered me with the robe of righteousness, as a bridegroom decks himself with a garland, and as a bride adorns herself with her jewels.

11 For as surely as the earth brings forth its shoots, and as a garden causes what is sown in it to spring forth, so surely the Lord God will cause rightness and justice and praise to spring forth before all the nations through the self-fulfilling power of His word.

ISAIAH 62:1-3
1 FOR ZION'S sake will I (Isaiah) not hold my peace, and for Jerusalem's sake I will not rest until her imputed righteousness and vindication go forth as brightness, and her salvation radiates as does a burning torch.

2 And the nations shall see your righteousness and vindication, your rightness and justice--not your own, but His ascribed to you, and all kings shall behold your salvation and glory; and you shall be called by a new name which the mouth of the Lord shall name. 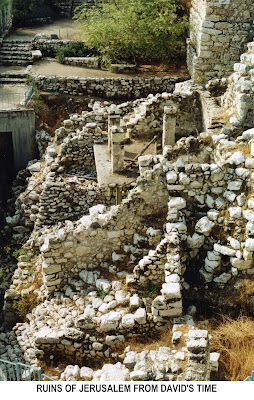 1 PRAISE THE Lord! Praise the Lord from the heavens, praise Him in the heights!

3 Praise Him, sun and moon, praise Him, all you stars of light!

4 Praise Him, you highest heavens and you waters above the heavens!

5 Let them praise the name of the Lord, for He commanded and they were created.

6 He also established them forever and ever; He made a decree which shall not pass away, He fixed their bounds which cannot be passed over.

7 Praise the Lord from the earth, you sea monsters and all deeps!

8 You lightning, hail, fog, and frost, you stormy wind fulfilling His orders!

9 Mountains and all hills, fruitful trees and all cedars!

10 Beasts and all cattle, creeping things and flying birds!

12 Both young men and maidens, old men and children!

13 Let them praise and exalt the name of the Lord, for His name alone is exalted and supreme! His glory and majesty are above earth and heaven!

14 He has lifted up a horn for His people [giving them power, prosperity, dignity, and preeminence], a song of praise for all His godly ones, for the people of Israel, who are near to Him. Praise the Lord! Hallelujah!
——————————————————
Galatians 4:4-7
From these verses we see the wonders of Divine love and mercy; particularly of God the Father, in sending his Son into the world to redeem and save us. Here, incarnation means we are adopted as God's children (verse 5), and in that adoption also re-inspirited, given new breath, the very breath of God. God's adoption of all baptized into Christ makes us God's children and heirs to the promises of God's covenant.

Galatians 4:4-7 (New Living Translation)
4 But when the right time came, God sent his Son, born of a woman, subject to the law.
5 God sent him to buy freedom for us who were slaves to the law, so that he could adopt us as his very own children.
6 And because we are his children, God has sent the Spirit of his Son into our hearts, prompting us to call out, “Abba, Father.”
7 Now you are no longer a slave but God’s own child. And since you are his child, God has made you his heir.
——————————————————
Luke 2:22-40
Luke brings the person of Simeon in today's reading of the presentation of Jesus in the temple (celebrated on February 2, thirty-three days after Christmas, The Feast of the Presentation, or "Candlemas"). Here is a man with an intense personal relationship with God that encompassed both personal and public acts of revelation, devotion, worship and prayer. Luke describes Simeon's song and Anna's prophecy that accompany the presentation of Jesus at the temple at the time of his family's offering of the sacrifice for the firstborn.

25 Now there was a man in Jerusalem called Simeon, who was righteous and devout. He was waiting for the consolation of Israel, and the Holy Spirit was upon him.
26 It had been revealed to him by the Holy Spirit that he would not die before he had seen the Lord's Christ. 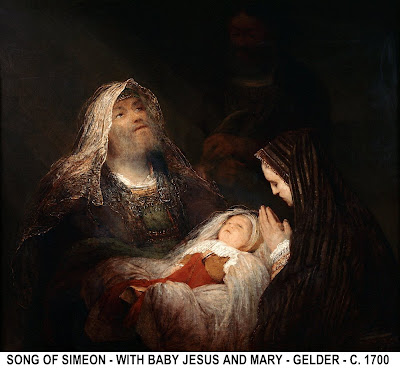 27 Moved by the Spirit, he went into the temple courts. When the parents brought in the child Jesus to do for him what the custom of the Law required,
28 Simeon took him in his arms and praised God, saying:
29 "Sovereign Lord, as you have promised,
you now dismiss your servant in peace.
30 For my eyes have seen your salvation,
31 which you have prepared in the sight
of all people,
32 a light for revelation to the Gentiles
and for glory to your people Israel."

33 The child's father and mother marveled at what was said about him.
34 Then Simeon blessed them and said to Mary, his mother: "This child is destined to cause the falling and rising of many in Israel, and to be a sign that will be spoken against,
35 so that the thoughts of many hearts will be revealed. And a sword will pierce your own soul too."

36 There was also a prophetess, Anna, the daughter of Phanuel, of the tribe of Asher. She was very old; she had lived with her husband seven years after her marriage,
37 and then was a widow until she was eighty-four. She never left the temple but worshiped night and day, fasting and praying.
38 Coming up to them at that very moment, she gave thanks to God and spoke about the child to all who were looking forward to the redemption of Jerusalem. 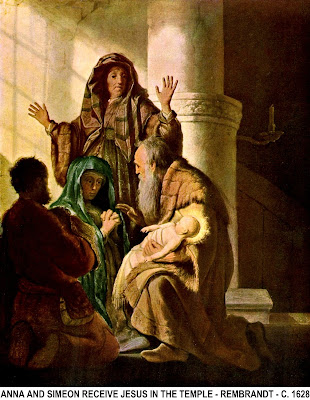 39 When Joseph and Mary had done everything required by the Law of the Lord, they returned to Galilee to their own town of Nazareth.
40 And the child grew and became strong; he was filled with wisdom, and the grace of God was upon him.
——————————————————
There are no business or social meetings
scheduled until after January 1st — and
speaking of January 1st — 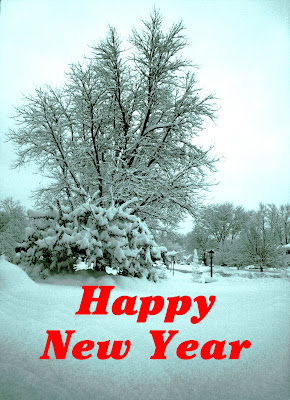 Do your best to rest and rejuvenate and ask for as much strength as you need. You take good care of yourself and God will take care of the rest. We will resume our schedule next week.

My prayers are with each and every
one of you and I will see allot more
of you in 2009.
God Bless and Keep You,
Pastor Lynn