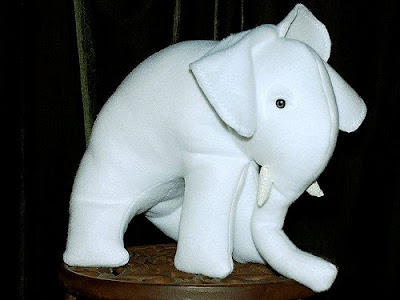 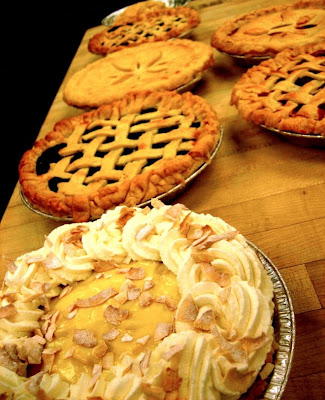 Exodus 16:2-15 (New International Version) (NIV)
A potential coup attempt against Moses and Aaron becomes the occasion for God to test the "whole gathered assembly" about their willingness to follow instructions. God provides quail for meat and "manna" for bread with specific instructions for its gathering and use. Here, the congregation was gathered with the purpose of complaining about the lack of adequate food in the wilderness. This congregation had the makings of a mob that could lead to a coup that could lead to anarchy in the middle of nowhere. Not only would the leadership of Moses and Aaron be threatened by this, but the fate of the entire people. God responds directly not only to the crisis of food, but also to the underlying crisis of chaotic social cohesion among the people. God would provide the food (quail at night, manna in the mornings), but God would do so as a test of the discipline of the people. They will all be fed, but only if they cooperate. There will be enough for all if each takes enough for each day, one day at a time.

That evening, the quail landed: meat. The next morning a flaky substance appeared on the grasses after the dew lifted. "What's this?" ("Manhu?" in Hebrew), they asked. The bread God has given -- the bread of heaven. It was a strange feast -- birds from the sky, manna on the ground. It came at no cost to the people. It could feed them all if they would follow God's instruction on gathering it day by day.

2 In the desert the whole community grumbled against Moses and Aaron.

3 The Israelites said to them, "If only we had died by the LORD's hand in Egypt! There we sat around pots of meat and ate all the food we wanted, but you have brought us out into this desert to starve this entire assembly to death."

4 Then the LORD said to Moses, "I will rain down bread from heaven for you. The people are to go out each day and gather enough for that day. In this way I will test them and see whether they will follow my instructions.

5 On the sixth day they are to prepare what they bring in, and that is to be twice as much as they gather on the other days."

6 So Moses and Aaron said to all the Israelites, "In the evening you will know that it was the LORD who brought you out of Egypt,

7 and in the morning you will see the glory of the LORD, because he has heard your grumbling against him. Who are we, that you should grumble against us?"

8 Moses also said, "You will know that it was the LORD when he gives you meat to eat in the evening and all the bread you want in the morning, because he has heard your grumbling against him. Who are we? You are not grumbling against us, but against the LORD."

9 Then Moses told Aaron, "Say to the entire Israelite community, 'Come before the LORD, for he has heard your grumbling.' "

10 While Aaron was speaking to the whole Israelite community, they looked toward the desert, and there was the glory of the LORD appearing in the cloud.

11 The LORD said to Moses, 12 "I have heard the grumbling of the Israelites. Tell them, 'At twilight you will eat meat, and in the morning you will be filled with bread. Then you will know that I am the LORD your God.'"

13 That evening quail came and covered the camp, and in the morning there was a layer of dew around the camp. 14 When the dew was gone, thin flakes like frost on the ground appeared on the desert floor. 15 When the Israelites saw it, they said to each other, "What is it?" For they did not know what it was. Moses said to them, "It is the bread the LORD has given you to eat.

PHILIPPIANS 1:21-30 (New International Version) (NIV)
Paul's letter to the Philippians was written from prison. It was written to a church that knew him and loved him. From the prison cell, Paul encouraged those who loved him to continue in the faith by living lives worthy of the gospel. Paul shares his trust in God in life or death, his desire to come and see the Christians at Philippi again, and his hope that when he may come he would find them of one heart and mind with one another and in whatever struggles they face with those who oppose and persecute them. Paul prays for this community in Philippi -- a group of unlikely friends bound together in Christ. He wants them to be that united -- not glommed together, but deeply, organically connected. And he wants this for them not for the sake of their own experience, but, as he says, for the sake of the "faith of the gospel." People this closely bound will not be intimidated by opponents. They will not only not fear suffering, they will count suffering a privilege (verse 29) for the sake of Christ. It is a unity formed by the Spirit among members of the body of Christ. And it is a unity that we are free either to embrace or walk away from. Paul calls this ragtag community to embrace it.
There are likely times in the life of our congregation where some folks have experienced that level of community. Church Camp Experiences, Mission Trips, Emmaus Walks are examples.

Philippians 1:21-30
21 For to me, to live is Christ and to die is gain.
22 If I am to go on living in the body, this will mean fruitful labor for me. Yet what shall I choose? I do not know! 23 I am torn between the two: I desire to depart and be with Christ, which is better by far;
24 but it is more necessary for you that I remain in the body.
25 Convinced of this, I know that I will remain, and I will continue with all of you for your progress and joy in the faith,
26 so that through my being with you again your joy in Christ Jesus will overflow on account of me.
27 Whatever happens, conduct yourselves in a manner worthy of the gospel of Christ. Then, whether I come and see you or only hear about you in my absence, I will know that you stand firm in one spirit, contending as one man for the faith of the gospel
28 without being frightened in any way by those who oppose you. This is a sign to them that they will be destroyed, but that you will be saved—and that by God.
29 For it has been granted to you on behalf of Christ not only to believe on him, but also to suffer for him,
30 since you are going through the same struggle you saw I had, and now hear that I still have.

MATTHEW 20:1-16 (New International Version) (NIV)
The Parable of the Workers in the Vineyard is found only in Matthew's Gospel. Matthew's Gospel offers an outrageous agricultural parable. This time the farmer/landowner is not just crazy, but either radically unfair or overly generous. This is really a story about God. God, the landowner, went looking for those who would work; and God, the landowner, decided at the end of the day what was fair payment. This landowner seems almost obsessed about getting all possible laborers working in his vineyard, and so much more concerned getting as much of the harvest in as quickly as possible than in either relative "fairness" to the laborers or how much the project might cost. All get the same reward, no matter how long they worked: the daily wage, enough to cover the costs of life and a meal for the family that day (daily bread). The usual daily wage may be compared to the equivalent of one dollar, which most of the world's manual laborers continue to receive to this day. An interesting feature of this parable is that the landowner spends all day recruiting people to work in the field, but it is a manager (not landowner) who pays the recruits the same wage at the end of the day. Why? Because God's desire for the abundant harvest of life, joy, and justice is that abundant, and so is God's grace in offering the opportunity to all to be part of the harvest. Who in your community is out there, actively "harvesting people" where you are? If you think no one is, think again. Advertisers (print, billboard, radio, television, Internet) are working at this all the time. Gangs do it daily. Salespeople of all sorts are working any leads and contacts they can find. We're surrounded by all sorts of recruiters, all sorts of harvesters, all the time.

The Parable of the Workers in the Vineyard
1 "For the kingdom of heaven is like a landowner who went out early in the morning to hire men to work in his vineyard.

2 He agreed to pay them a denarius for the day and sent them into his vineyard.

3 "About the third hour he went out and saw others standing in the marketplace doing nothing.

4 He told them, 'You also go and work in my vineyard, and I will pay you whatever is right.'

5 So they went. "He went out again about the sixth hour and the ninth hour and did the same thing.

6 About the eleventh hour he went out and found still others standing around. He asked them, 'Why have you been standing here all day long doing nothing?'

8 "When evening came, the owner of the vineyard said to his foreman, 'Call the workers and pay them their wages, beginning with the last ones hired and going on to the first.'

9 "The workers who were hired about the eleventh hour came and each received a denarius.

10 So when those came who were hired first, they expected to receive more. But each one of them also received a denarius.

11 When they received it, they began to grumble against the landowner.

12 'These men who were hired last worked only one hour,' they said, 'and you have made them equal to us who have borne the burden of the work and the heat of the day.'

13 "But he answered one of them, 'Friend, I am not being unfair to you. Didn't you agree to work for a denarius?

14 Take your pay and go. I want to give the man who was hired last the same as I gave you.

15 Don't I have the right to do what I want with my own money? Or are you envious because I am generous?' 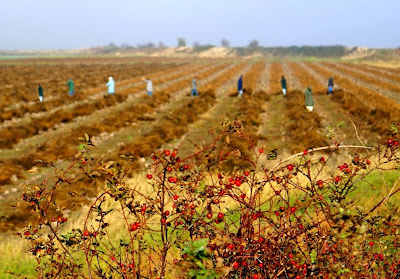 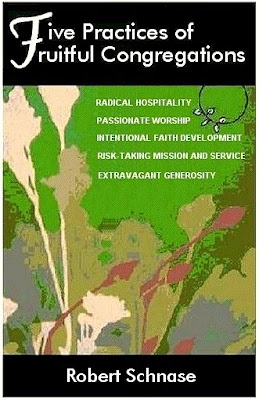 Concerning our reading of the book "The Five Practices of a Fruitful Congregation", the following *forms are to be completed by the relevant individuals.
*Click on each form and it will expand to letter size. 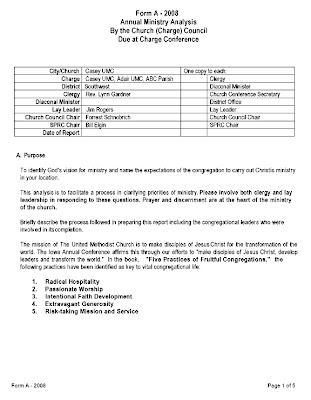 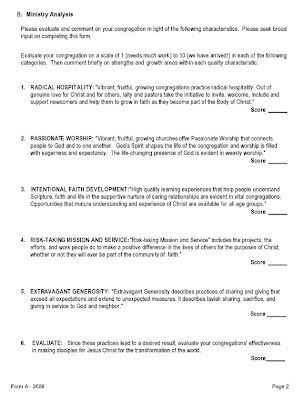 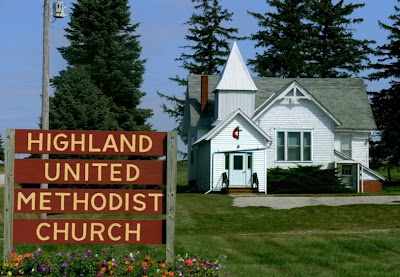 Fall football seasons are now underway and the baseball postseason begins in two weeks. Monday is the first day of Autumn and the summer has really flown by. (Colossal understatement) You may still have a few days to stop and smell the roses.
Thank you for all of the hard work you have put in to support your church.
God bless and keep you,
Pastor Lynn