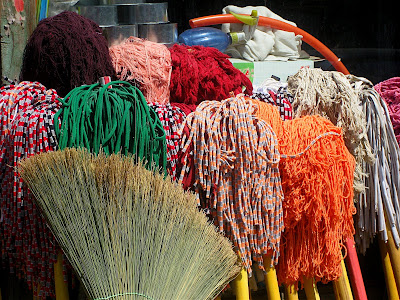 ~~~~~~~~~~~~~~~~~~~~~~~~~~~~~~~~~~~
Sunday, September 14th — Casey U.M.C. Sunday Service will start at 9 A.M. with Fellowship starting at 8:30 A.M.
Adair U.M.C. Sunday Service will start at 10:30 A.M. with Fellowship beginning at 10:00 A.M.
This is the Eighteenth Sunday after Pentecost — our color is green.
Our Scripture readings for today are:
Exodus 14:19-31 — Amplified Bible (AMP)
The drama at the Red Sea: God parted the waters to allow the Israelites to go through the sea on dry ground, but clogged the wheels of the chariots of Pharaoh's army and then drowned them in the sea. The power of this event is its demonstration that the God of Israel is also the God of the Land, Wind, Sea, and Sky. Every element of the created order - earth itself (mud), the sky (pillar of cloud and fire), wind (blowing all night), and sea (subdued, controlled, parted, and restored) was brought to bear in this battle between the swiftest and most elite fighting force of its time (the Egyptian army) and the ragtag, impromptu hosts of Israel. Moses' silent prayers of faith prevailed. As the Egyptians themselves say in this telling, "The Lord is fighting for them against Egypt!"

19 And the Angel of God Who went before the host of Israel moved and went behind them; and the pillar of the cloud went from before them and stood behind them,

20 Coming between the host of Egypt and the host of Israel. It was a cloud and darkness to the Egyptians, but it gave light by night to the Israelites; and the one host did not come near the other all night.

21 Then Moses stretched out his hand over the sea, and the Lord caused the sea to go back by a strong east wind all that night and made the sea dry land; and the waters were divided.

22 And the Israelites went into the midst of the sea on dry ground, the waters being a wall to them on their right hand and on their left.

23 The Egyptians pursued and went in after them into the midst of the sea, even all Pharaoh's horses, his chariots, and his horsemen.

24 And in the morning watch the Lord through the pillar of fire and cloud looked down on the host of the Egyptians and discomfited them,

25 And bound, clogged, and took off their chariot wheels, making them drive heavily; and the Egyptians said, Let us flee from the face of Israel, for the Lord fights for them against the Egyptians!

26 Then the Lord said to Moses, Stretch out your hand over the sea, that the waters may come again upon the Egyptians, upon their chariots and horsemen.

27 So Moses stretched forth his hand over the sea, and the sea returned to its strength and normal flow when the morning appeared; and the Egyptians fled into it, being met by it; and the Lord overthrew the Egyptians and shook them off into the midst of the sea.

28 The waters returned and covered the chariots, the horsemen, and all the host of Pharaoh that pursued them; not even one of them remained.

29 But the Israelites walked on dry ground in the midst of the sea, the waters being a wall to them on their right hand and on their left.

30 Thus the Lord saved Israel that day from the hand of the Egyptians, and Israel saw the Egyptians dead upon the seashore.

31 And Israel saw that great work which the Lord did against the Egyptians, and the people reverently feared the Lord and trusted in (relied on, remained steadfast to) the Lord and to His servant Moses. 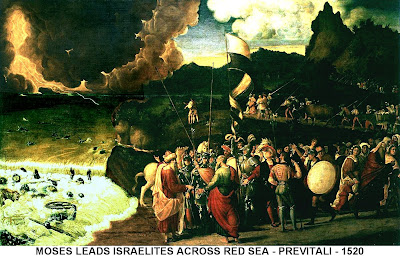 20 Then Miriam the prophetess, the sister of Aaron, took a timbrel in her hand, and all the women went out after her with timbrels and dancing.

21 And Miriam responded to them, Sing to the Lord, for He has triumphed gloriously and is highly exalted; the horse and his rider He has thrown into the sea. 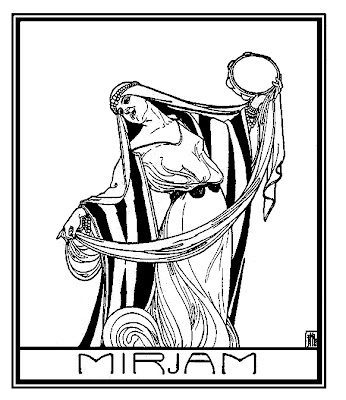 Romans 14:1-12 (Amplified Bible) (AMP)
House rules for personal disciplines: Respect the disciplines of others but do not judge them for not being identical to your own. Jesus Christ is Lord of the living and the dead, and God is judge of all. Paul is insisting that we all respect each other in and across our differences while firmly seeking to live fully in faithfulness to Christ.

1 AS FOR the man who is a weak believer, welcome him into your fellowship, but not to criticize his opinions or pass judgment on his scruples or perplex him with discussions.

2 One man's faith permits him to believe he may eat anything, while a weaker one limits his eating to vegetables.

4 Who are you to pass judgment on and censure another's household servant? It is before his own master that he stands or falls. And he shall stand and be upheld, for the Master (the Lord) is mighty to support him and make him stand.

5 One man esteems one day as better than another, while another man esteems all days alike sacred. Let everyone be fully convinced and satisfied in his own mind.

9 For Christ died and lived again for this very purpose, that He might be Lord both of the dead and of the living.

10 Why do you criticize and pass judgment on your brother? Or you, why do you look down upon or despise your brother? For we shall all stand before the judgment seat of God. 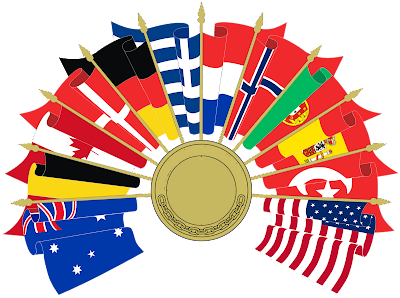 11 For it is written, As I live, says the Lord, every knee shall bow to Me, and every tongue shall confess to God and acknowledge Him to His honor and to His praise.

12 And so each of us shall give an account of himself - give an answer in reference to judgment to God.

Matthew 18:21-35 — Amplified Bible (AMP)
Though we live wholly on mercy and forgiveness, we are backward to forgive the offenses of our brethren. People may choose not to listen and act positively to restore relationships even when the whole community pleads with them to do so. Peter asks what may be our question: "How many times do I have to forgive someone?" Jesus responds with hyperbole, "No, don't just forgive seven times! Forgive seventy-seven times!"

21 Then Peter came up to Him and said, Lord, how many times may my brother sin against me and I forgive him and let it go? As many as up to seven times?

22 Jesus answered him, I tell you, not up to seven times, but seventy times seven!

23 Therefore the kingdom of heaven is like a human king who wished to settle accounts with his attendants.

25 And because he could not pay, his master ordered him to be sold, with his wife and his children and everything that he possessed, and payment to be made.

26 So the attendant fell on his knees, begging him, Have patience with me and I will pay you everything.

27 And his master's heart was moved with compassion, and he released him and forgave him cancelling the debt.

28 But that same attendant, as he went out, found one of his fellow attendants who owed him a hundred denarii [about twenty dollars]; and he caught him by the throat and said, Pay what you owe!

29 So his fellow attendant fell down and begged him earnestly, Give me time, and I will pay you all !

30 But he was unwilling, and he went out and had him put in prison till he should pay the debt.

31 When his fellow attendants saw what had happened, they were greatly distressed, and they went and told everything that had taken place to their master.

32 Then his master called him and said to him, You contemptible and wicked attendant! I forgave and cancelled all that great debt of yours because you begged me to.

34 And in wrath his master turned him over to the torturers (the jailers), till he should pay all that he owed.