Thursday, August 7th — Potluck Dinner at 6:30 P.M. in Casey. Everyone: all members, families, and friends are cordially invited.
~~~~~~~~~~~~~~~~~~~~~~~~~~~~~~~~~~~~~~~~~~~~~~
Sunday, August 10th — This is the thirteenth Sunday after Pentecost - Our color is Green.
Our Scripture Readings for today are:
Genesis 37:1-4 (Amplified Bible)
Genesis brings us now to the story of the fourth generation of the patriarchs (Abraham, Isaac, Jacob, and now Jacob's children). All of Jacob's "grabbing" is over. We see him here as a giving person. Now we see what jealousy can do. The sons of Jacob hated their brother Joseph because their father loved him. On occasion, as his dreams and the like, drew them on further; but this laid rankling in their hearts, till they resolved on Joseph's death. Reuben had most reason to be jealous of Joseph, for he was the first-born; yet he proves his best friend.

1 SO JACOB (Israel) dwelt in the land in which his father had been a stranger and sojourner, in the land of Canaan.

2 This is the history of the descendants of Jacob and this is Jacob's line. Joseph, when he was seventeen years old, was shepherding the flock with his brothers; the lad was with the sons of Bilhah and Zilpah, his father's [secondary] wives; and Joseph brought to his father a bad report of them.

3 Now Israel loved Joseph more than all his children because he was the son of his old age, and he made him a [distinctive] long tunic with sleeves.

12 Joseph's brothers went to shepherd and feed their father's flock near Shechem.

13 [One day] Israel said to Joseph, Do not your brothers shepherd my flock at Shechem? Come, and I will send you to them. And he said, Here I am.

14 And [Jacob] said to him, Go, I pray you, see whether everything is all right with your brothers and with the flock; then come back and bring me word. So he sent him out of the Hebron Valley, and he came to Shechem.

15 And a certain man found him, and behold, he had lost his way and was wandering in the open country. The man asked him, What are you trying to find?

16 And he said, I am looking for my brothers. Tell me, I pray you, where they are pasturing our flocks.

17 But the man said, They were here, but they have gone. I heard them say, Let us go to Dothan. And Joseph went after his brothers and found them at Dothan.

18 And when they saw him far off, even before he came near to them, they conspired to kill him.

19 And they said one to another, See, here comes this dreamer and master of dreams.

20 So come on now, let us kill him and throw his body into some pit; then we will say to our father, Some wild and ferocious animal has devoured him; and we shall see what will become of his dreams!

21 Now Reuben heard it and he delivered him out of their hands by saying, Let us not kill him.

22 And Reuben said to them, Shed no blood, but cast him into this pit or well that is out here in the wilderness and lay no hand on him. He was trying to get Joseph out of their hands in order to rescue him and deliver him again to his father.

23 When Joseph had come to his brothers, they stripped him of his distinctive long garment which he was wearing;

24 Then they took him and cast him into the well-like pit which was empty; there was no water in it.

25 Then they sat down to eat their lunch. When they looked up, behold, they saw a caravan of Ishmaelites [mixed Arabians] coming from Gilead, with their camels bearing gum [of the styrax tree], balm (balsam), and myrrh or ladanum, going on their way to carry them down to Egypt.

26 And Judah said to his brothers, What do we gain if we slay our brother and conceal his blood? 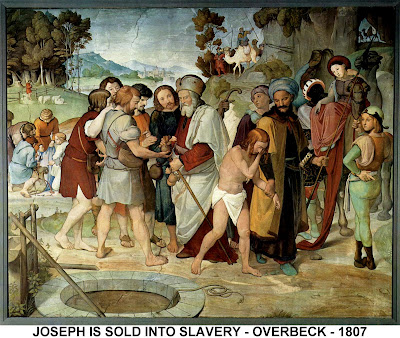 27 Come, let us sell him to the Ishmaelites and Midianites, [these mixed Arabians who are approaching], and let not our hand be upon him, for he is our brother and our flesh. And his brothers consented.

28 Then as the Midianite and Ishmaelite merchants were passing by, the brothers pulled Joseph up and lifted him out of the well. And they sold him for twenty pieces of silver to the Ishmaelites, who took Joseph captive into Egypt.
—————————————————————————
Psalm 105:1-6 New International Version (NIV)
Our devotion is here stirred, that we may stir up ourselves to praise God.

1 Give thanks to the LORD, call on his name;
make known among the nations what he has done.

2 Sing to him, sing praise to him;
tell of all his wonderful acts.

3 Glory in his holy name;
let the hearts of those who seek the LORD rejoice.

4 Look to the LORD and his strength;
seek his face always.

5 Remember the wonders he has done,
his miracles, and the judgments he pronounced,

6 O descendants of Abraham his servant,
O sons of Jacob, his chosen ones.
—————————————————————————
Psalm 105:16-22 New International Version (NIV)
Afflictions are among our mercies. They prove our faith and love, they humble our pride, they wean us from the world, and quicken our prayers. Bread is the staff which supports life; when that staff is broken, the body fails and sinks to the earth. The word of God is the staff of spiritual life, the food and support of the soul.
16 He called down famine on the land
and destroyed all their supplies of food;

17 and he sent a man before them—
Joseph, sold as a slave.

18 They bruised his feet with shackles,
his neck was put in irons,

19 till what he foretold came to pass,
till the word of the LORD proved him true.

20 The king sent and released him,
the ruler of peoples set him free.

21 He made him master of his household,
ruler over all he possessed,

45 That they might observe His statutes and keep His laws [hearing, receiving, loving, and obeying them]. Praise the Lord! (Hallelujah!)
—————————————————————————
Romans 10:5-15 New American Standard Bible (NASB)
These are the connections between hearing, believing, confessing and calling upon the name of Jesus as Lord for salvation.

5 For Moses writes that the man who practices the righteousness which is based on law shall live by that righteousness.

6 But the righteousness based on faith speaks as follows: "DO NOT SAY IN YOUR HEART, 'WHO WILL ASCEND INTO HEAVEN?' (that is, to bring Christ down),

7 or 'WHO WILL DESCEND INTO THE ABYSS?' (that is, to bring Christ up from the dead)."

8 But what does it say? "THE WORD IS NEAR YOU, IN YOUR MOUTH AND IN YOUR HEART"--that is, the word of faith which we are preaching,

9 that if you confess with your mouth Jesus as Lord, and believe in your heart that God raised Him from the dead, you will be saved;

11 For the Scripture says, "WHOEVER BELIEVES IN HIM WILL NOT BE DISAPPOINTED."

12 For there is no distinction between Jew and Greek; for the same Lord is Lord of all, abounding in riches for all who call on Him;


13 for "WHOEVER WILL CALL ON THE NAME OF THE LORD WILL BE SAVED."

15 How will they preach unless they are sent? Just as it is written, "HOW BEAUTIFUL ARE THE FEET OF THOSE WHO BRING GOOD NEWS OF GOOD THINGS!"
—————————————————————————
Matthew 14:22-33 Amplified Bible (AMP) Jesus has gone to a mountain to get some time for prayer. The disciples have been sent into a boat to cross the Sea of Galilee. Jesus returns and frightens the disciples when he walks toward them on the stormy sea. He tells them not to be afraid. Peter walks toward him and sinks, only to be lifted by Jesus. The disciples declare Jesus to be the Son of God.

22 Then He directed the disciples to get into the boat and go before Him to the other side, while He sent away the crowds.

23 And after He had dismissed the multitudes, He went up into the hills by Himself to pray. When it was evening, He was still there alone.

24 But the boat was by this time out on the sea, many furlongs [a furlong is one-eighth of a mile] distant from the land, beaten and tossed by the waves, for the wind was against them. 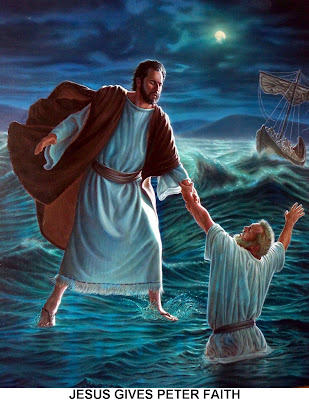 26 And when the disciples saw Him walking on the sea, they were terrified and said, It is a ghost! And they screamed out with fright.

27 But instantly He spoke to them, saying, Take courage! I AM! Stop being afraid!

28 And Peter answered Him, Lord, if it is You, command me to come to You on the water.

29 He said, Come! So Peter got out of the boat and walked on the water, and he came toward Jesus.

30 But when he perceived and felt the strong wind, he was frightened, and as he began to sink, he cried out, Lord, save me from death!

31 Instantly Jesus reached out His hand and caught and held him, saying to him, O you of little faith, why did you doubt?

32 And when they got into the boat, the wind ceased. 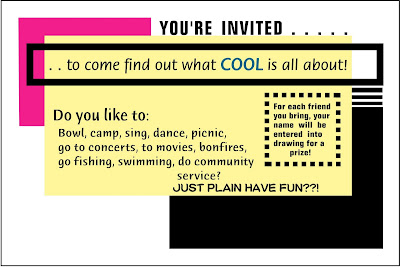 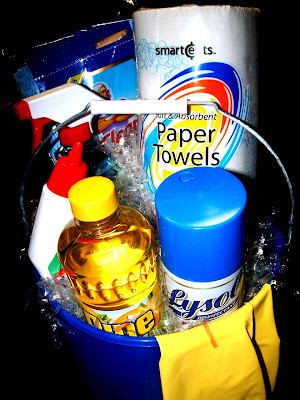