From Pastor Melodee's Sermon —
God had created a beautiful world filled
with glorious, diverse creatures.  And
out of all of his creation to build a
relationship with, he chose two humans,
Adam and Eve.  God’s grand vision was
to have a relationship with humanity...
with us.  But most of us know what
happened beginning with verse 15,
Chapter 2.  CLICK “The Lord God took
the human and settled him in the
garden of Eden to farm it and to take
care of it.  The Lord God commanded
the human, ‘Eat your fill from all of the
garden’s trees; but don’t eat from the
tree of the knowledge of good and evil,
because on the day you eat from it, you
will die!’” (Genesis 2:15-17)

R E M I N D E R S —
MAY IS ASIAN AMERICAN-PACIFIC
ISLANDER HERITAGE MONTH,
a celebration of Asians and Pacific
Islanders in the United States.
This month commemorates —
• First recorded settlement of Asians
in the United States: Filipinos that
settled in Louisiana in 1763.
• In 1820 the first Chinese immigrant
was recorded in United States.
• The arrival of the very first Japanese
immigrant to the United States, was a
fisherman named Nakanohama Manjiro,
or “John Mung,” on May 7, 1843.
• In 1847 Yung Wing became the first
Chinese to graduate from a U.S. college
(Yale University).
• In 1848 the California Gold Rush led to
first large-scale Chinese immigration.
• In 1865, the Central Pacific Railroad
Company hired the first of 12,000
Chinese workers to help complete the
Transcontinental Railroad east from the
west coast. Chinese constituted eighty
percent of the entire work force.
They laid the first rails in 1863. The
"Golden spike", connecting the western
part of the railroad to the Union Pacific
Railroad at Promontory, Utah, was
hammered in place on May 10, 1869.
Coast-to-coast train travel in eight days
became possible, replacing months
long sea voyages and months of travel
by wagon trains.
≈≈≈≈≈≈≈≈≈≈≈≈≈≈≈≈≈≈≈≈≈≈≈≈≈≈≈≈≈≈≈≈≈≈≈
BEGINNING TUESDAY, APRIL 28TH,OFFICE HOURS WILL BE: TUESDAY, WEDNESDAY, THURSDAY, 8 A.M. TILL NOON
≈≈≈≈≈≈≈≈≈≈≈≈≈≈≈≈≈≈≈≈≈≈≈≈≈≈≈≈≈≈≈≈≈≈≈
FRIDAY, MAY 1ST —
≈ ≈ HAPPY MAY DAY! ≈ ≈ 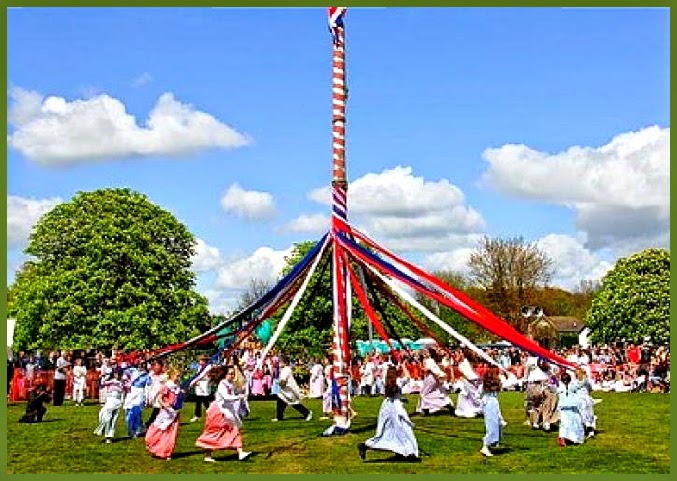 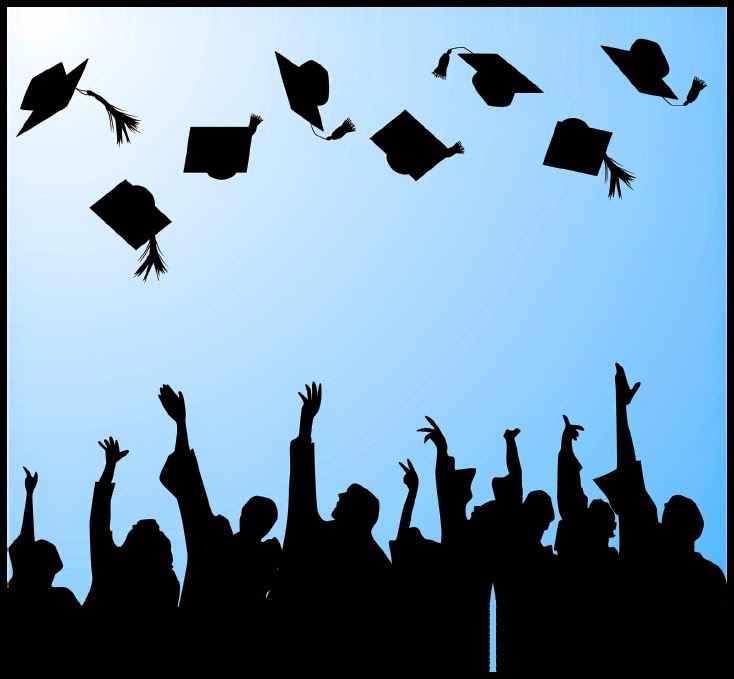 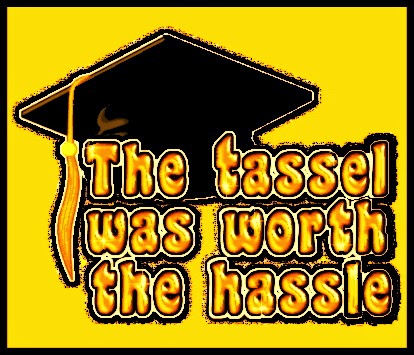 THE FIFTH SUNDAY OF EASTER
The focus is "Abiding in Christ"
COLOR: WHITE
"I am the true vine, and my Father is the
vine grower. He removes every branch
in me that bears no fruit. Every branch
that bears fruit he prunes to make it
bear more fruit" (John 15:1-2, NRSV). 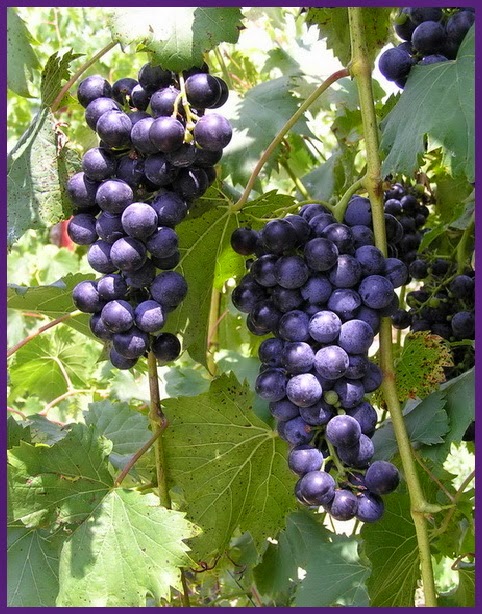 ———————————————————
SCRIPTURE READINGS —
———————————————————
ACTS 8:26-40
THE MESSAGE (MSG)
An angel sends Philip, evangelist and deacon, to "hop on board" a chariot of an Ethiopian official puzzling over the meaning of Isaiah 53. Philip re-reads it through the story of the life, execution and resurrection of Jesus. The man is baptized and will become a "evangelist" on the road, in his own right.
THE ETHIOPIAN EUNUCH
26-28 Later God’s angel spoke to Philip:
“At noon today I want you to walk over
to that desolate road that goes from
Jerusalem down to Gaza.” He got up
and went. He met an Ethiopian eunuch
coming down the road. The eunuch had
been on a pilgrimage to Jerusalem and
was returning to Ethiopia, where he was
minister in charge of all the finances of
Candace, queen of the Ethiopians. He
was riding in a chariot and reading the
prophet Isaiah. 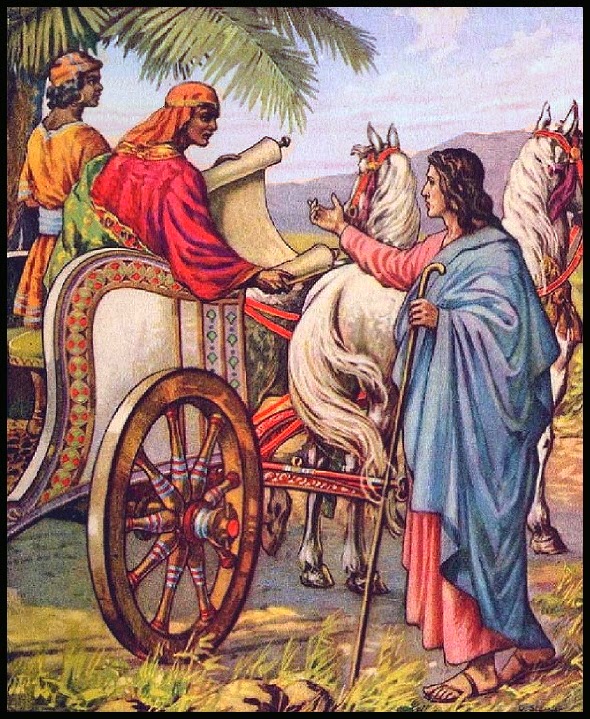 29-30 The Spirit told Philip, “Climb into
the chariot.” Running up alongside,
Philip heard the eunuch reading Isaiah
and asked, “Do you understand what
you’re reading?”
31-33 He answered, “How can I without
some help?” and invited Philip into the
chariot with him. The passage he was
reading was this:
As a sheep led to slaughter,
and quiet as a lamb being sheared,
He was silent, saying nothing.
He was mocked and put down, never
got a fair trial.
But who now can count his kin
since he’s been taken from the earth? 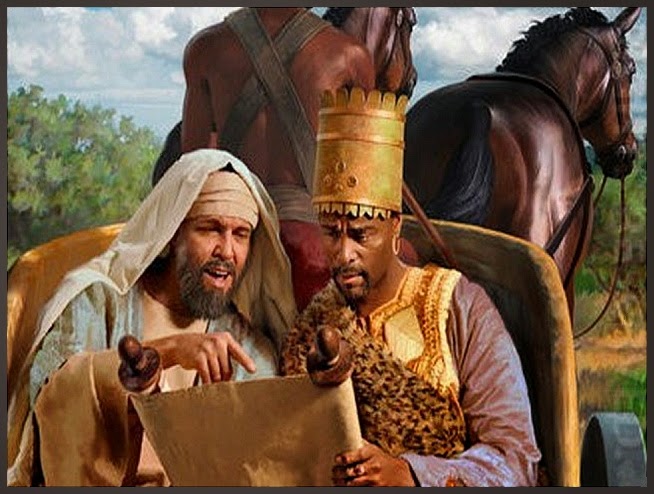 34-35 The eunuch said, “Tell me, who is
the prophet talking about: himself or
some other?” Philip grabbed his chance.
Using this passage as his text, he
preached Jesus to him.
36-39 As they continued down the road,
they came to a stream of water. The
eunuch said, “Here’s water. Why can’t I
be baptized?” He ordered the chariot to
stop. They both went down to the water,
and Philip baptized him on the spot.
When they came up out of the water, the
Spirit of God suddenly took Philip off,
and that was the last the eunuch saw of
him. But he didn’t mind. He had what
he’d come for and went on down the
road as happy as he could be.
40 Philip showed up in Azotus and
continued north, to preach the Message
in all the villages along that route until
he arrived at Caesarea.
———————————————————
PSALM 22:25-31
THE MESSAGE (MSG)
The "turnaround" verses of this psalm of lament were chosen as the response to the first lesson because of verse 27: "All the ends of the earth will remember and turn to the Lord; and all the families of the nations shall worship him."
Here in this great gathering for worship
I have discovered this praise-life.
And I’ll do what I promised right here
in front of the God-worshipers.
Down and outers sit at God’s table
and eat their fill.
Everyone on the hunt for God
is here, praising him.
“Live it up, from head to toe.
Don’t ever quit!” 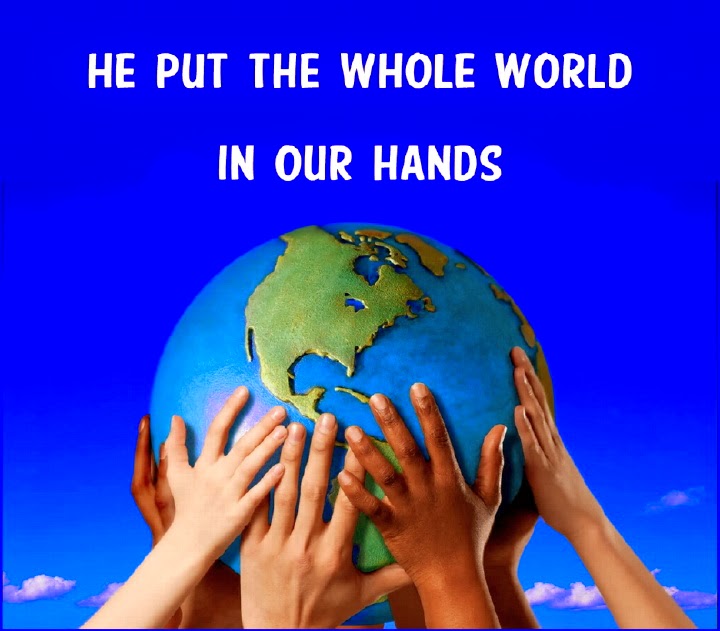 27-28 From the four corners of the
earth
people are coming to their senses,
are running back to God.
Long-lost families
are falling on their faces before him.
God has taken charge;
from now on he has the last word.
29 All the power-mongers are before
him
—worshiping!
All the poor and powerless, too
—worshiping!
Along with those who never got it
together,
—worshiping!
30-31 Our children and their children
will get in on this
As the word is passed along
from parent to child.
Babies not yet conceived
will hear the good news—
that God does what he says.
———————————————————
1 JOHN 4:7-21
THE MESSAGE (MSG)
The heartbeat of life in the Risen Lord—
Abide in love; abide in the Spirit given
to all who confess Jesus as Son of God;
abide in God and you will abide in love;
love one another. 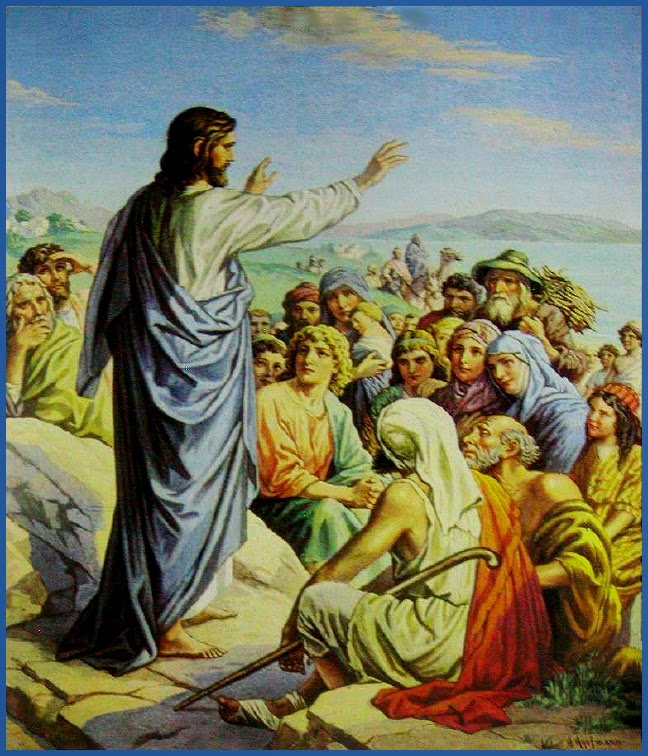 GOD IS LOVE
7-10 My beloved friends, let us continue
to love each other since love comes
from God. Everyone who loves is born
of God and experiences a relationship
with God. The person who refuses to
love doesn’t know the first thing about
God, because God is love—so you can’t
know him if you don’t love. This is how
God showed his love for us: God sent
his only Son into the world so we might
live through him. This is the kind of love
we are talking about—not that we once
upon a time loved God, but that he loved
us and sent his Son as a sacrifice to
clear away our sins and the damage
they’ve done to a relationship with God.
11-12 My dear, dear friends, if God loved
us like this, we certainly ought to love
each other. No one has seen God, ever.
But if we love one another, God dwells
deeply within us, and his love becomes
complete in us—perfect love!

13-16 This is how we know we’re living
steadily and deeply in him, and he in us:
He’s given us life from his life, from his
very own Spirit. Also, we’ve seen for our
selves and continue to state openly that
the Father sent his Son as Savior of the
world. Everyone who confesses that
Jesus is God’s Son participates
continuously in an intimate relationship
with God. We know it so well, we’ve
embraced it heart and soul, this love
that comes from God

TO LOVE, AND TO BE LOVED
17-18 God is love. When we take up
permanent residence in a life of love,
we live in God and God lives in us. This
way, love has the run of the house,
becomes at home and mature in us, so
that we’re free of worry on Judgment
Day—our standing in the world is
identical with Christ’s. There is no room
in love for fear. Well-formed love
banishes fear. Since fear is crippling, a
fearful life, fear of death, fear of
judgment—is one not yet fully formed in
love.
19 We, though, are going to love—love
and be loved. First we were loved, now
we love. He loved us first.
20-21 If anyone boasts, “I love God,”
and goes right on hating his brother or
sister, thinking nothing of it, he is a liar.
If he won’t love the person he can see,
how can he love the God he can’t see?
The command we have from Christ is
blunt: Loving God includes loving
people. You’ve got to love both.
———————————————————
JOHN 15:1-8
THE MESSAGE (MSG)
Abide in Christ, the true vine, and you will bear much fruit, and even more as the Father prunes you. Bear no fruit, because you are not abiding in Christ, and you may expect to be cut off and cast away. The Father's will isn't to cast you away, but that you abide in Christ and bear much fruit.
THE VINE AND THE BRANCHES
1-3 “I am the Real Vine and my Father is
the Farmer. He cuts off every branch of
me that doesn’t bear grapes. And every
branch that is grape-bearing he prunes
back so it will bear even more. You are
already pruned back by the message I
have spoken.
4 “Live in me. Make your home in me
just as I do in you. In the same way that
a branch can’t bear grapes by itself but
only by being joined to the vine, you
can’t bear fruit unless you are joined
with me.
5-8 “I am the Vine, you are the branches.
When you’re joined with me and I with
you, the relation intimate and organic,
the harvest is sure to be abundant.
Separated, you can’t produce a thing.
Anyone who separates from me is dead
wood, gathered up and thrown on the
bonfire. But if you make yourselves at
home with me and my words are at home
in you, you can be sure that whatever
you ask will be listened to and acted
upon. This is how my Father shows who
he is—when you produce grapes, when
you mature as my disciples.
———————————————————
• 1568 - French forces in Florida killed
hundreds of Spanish.
• 1802 - Washington, DC, was first
incorporated as a city.
• 1855 - Macon B. Allen became the first
African American to be admitted to the
Bar in Massachusetts.
• 1921 - West Virginia imposed the first
state sales tax.
• 1937 - Margaret Mitchell won a Pulitzer
Prize for her book, Gone With The Wind.
• 1948 - The U.S. Supreme Court ruled
that covenants prohibiting the sale of
real estate to blacks or other minorities
were legally unenforceable.
• 1992 - Five days of rioting and looting
ended in Los Angeles. The riots, that
killed 53 people, began after an acquittal
of police officers in the beating of
Rodney King.
≈≈≈≈≈≈≈≈≈≈≈≈≈≈≈≈≈≈≈≈≈≈≈≈≈≈≈≈≈≈≈≈≈≈≈
MONDAY, MAY 4TH —
THE OFFICE IS CLOSED TODAY.
———————————————————
• 1626 - Dutch explorer Peter Minuit
landed on Manhattan Island. Native
Americans later sold the island (20,000
acres) for $24 in cloth and buttons.
• 1776 - Rhode Island declared freedom
from England two months before the
Declaration of Independence is adopted.
• 1961 - Thirteen civil rights activists,
dubbed "Freedom Riders," began a bus
trip through the South.
• 1979 - Margaret Thatcher became
Britain's first woman prime minister.
• 2000 - The citizens of London elected
a mayor for the first time.
≈≈≈≈≈≈≈≈≈≈≈≈≈≈≈≈≈≈≈≈≈≈≈≈≈≈≈≈≈≈≈≈≈≈≈
TUESDAY, MAY 5TH — ———————————————————
• 1494 - Christopher Columbus sighted
Jamaica on his second trip to the
Western Hemisphere. He named the
island Santa Gloria.
• 1814 - The British attacked American
forces at Ft. Ontario, Oswego, NY.
• 1862 - The Battle of Puebla took place.
It is celebrated as Cinco de Mayo.
• 1865 - The Thirteenth Amendment was
ratified, abolishing slavery in the U.S.
• 1945 - The Netherlands and Denmark
were liberated from Nazi control.
≈≈≈≈≈≈≈≈≈≈≈≈≈≈≈≈≈≈≈≈≈≈≈≈≈≈≈≈≈≈≈≈≈≈≈
WEDNESDAY, MAY 6TH —
Happy Birthday Rita Elgin
———————————————————
ADAIR U.M.W. MEETS AT 9 A.M. 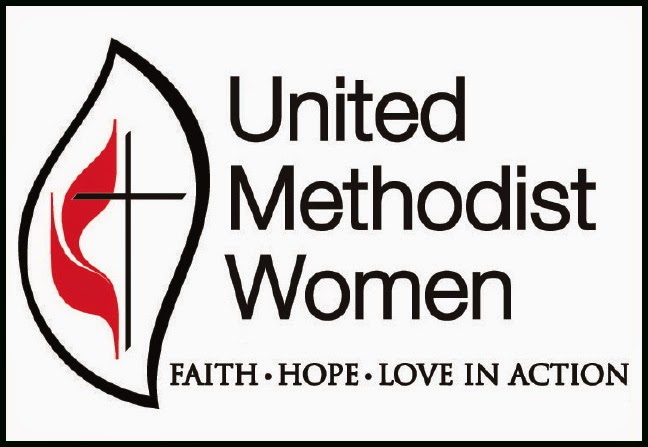 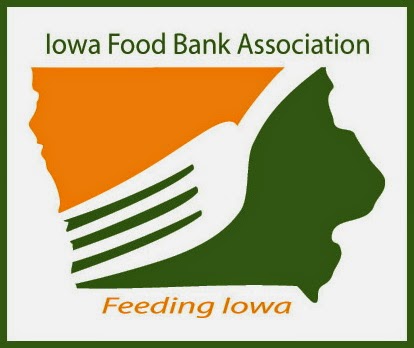