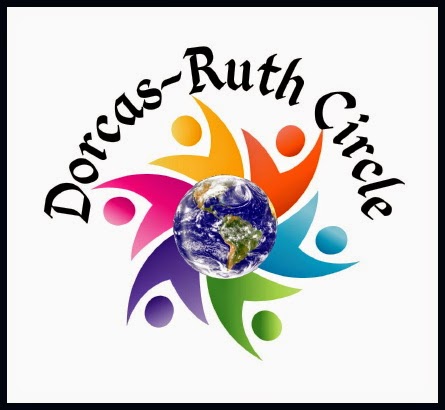 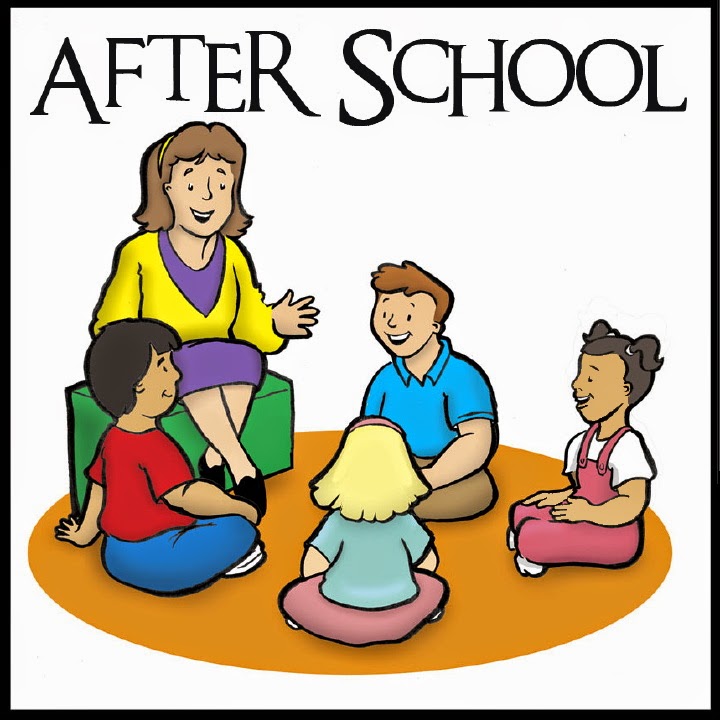 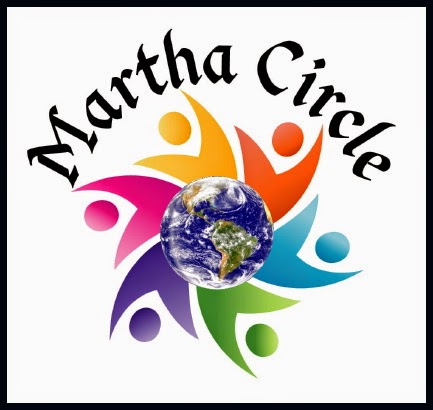 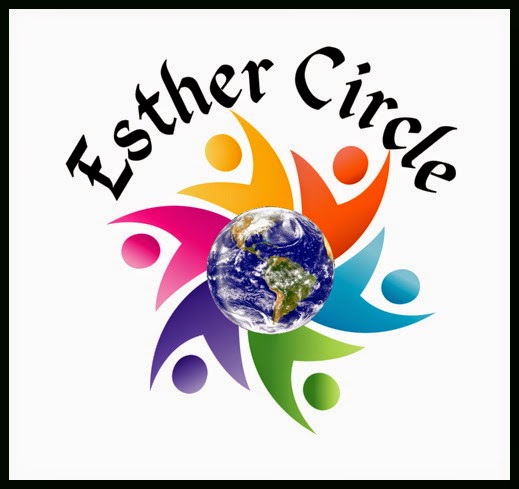 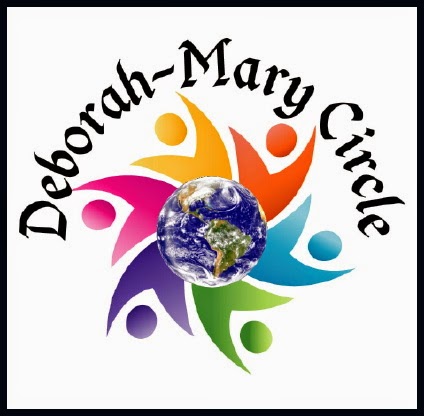 19TH SUNDAY AFTER PENTECOST
THIS IS LAITY SUNDAY
Laity Sunday is an invitation for the whole
church to remember that all the baptized,
lay and clergy together, are the people of
God. Our English word “laity” comes from
the Greek word “laos” meaning, “people.”
That same word lies at the root of another
“worship word”— liturgy, which means
“work of the people” (laos plus the Greek
work, ergon—work). Worship every
Sunday is “the work of the people”— a
people of many gifts and differing roles. 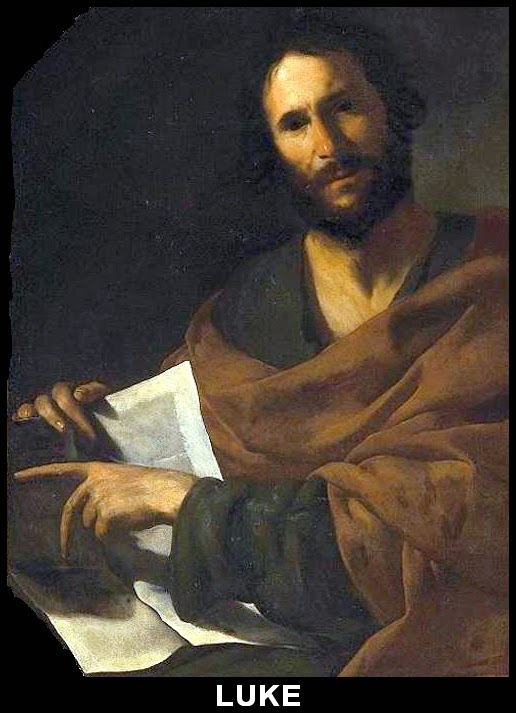 Luke was a native of the Hellenistic city
of Antioch in Syria.  He was believed to
be a Greek physician.  The early church
fathers ascribed to him authorship of
both the Gospel according to Luke and
the book of Acts of the Apostles.
His earliest notice is in Paul's Epistle to
Philemon — Philemon 1:24. He is also
mentioned in Colossians 4:14 and in
2 Timothy 4:11, two works commonly
ascribed to Paul. Luke's presence in Rome
with the Apostle Paul near the end of
Paul's life was attested by 2 Timothy 4:11:
"Only Luke is with me". In the last chapter
of the Book of Acts, widely attributed to
Luke, we find several accounts in the first
person also affirming Luke's presence in
Rome including Acts 28:16.
Christian tradition states that he practiced
as an artist. He is said to have painted
pictures of the Virgin Mary and Child.
Luke was referred to as a doctor in the
Pauline epistle to the Colossians; thus he
is thought to have been both a physician
and a disciple of Paul.
There is evidence that Luke resided in
Troas, the province which included the
ruins of ancient Troy.  He writes in Acts
in the third person about Paul and his
travels until they get to Troas, where he
switches to the first person plural. The
"we" section of Acts continues until the
group leaves Philippi, when his writing
goes back to the third person. This
change happens again when the group
returns to Philippi.
He is venerated as Saint Luke the
Evangelist, as patron saint of Artists,
Bachelors, Bookbinders, Butchers,
Doctors, Glassmakers, Glassworkers,
Goldsmiths, Lacemakers, Notaries,
Painters, Physicians, Sculptors, &
Surgeons. He died at the age of 84 years.
UNITED METHODIST SAINT:
LIZZIE HOFFMAN
Lizzie Hoffman, a single laywoman, was
instrumental in founding what would
become the Women’s Missionary
Association of the United Brethren in
Christ Church, beginning in 1872. The
story of how she was involved in this work
can be found here, pages 5-10. While she
did not sense that she could be become a
missionary herself, she felt a profound
calling to organize women to support the
work of missionaries through the church.
She organized a meeting of women and
ministers in her conference (Miami
Conference in Ohio)  in May 1872 to
organize, elect officers, adopt a
constitution, and expand their work into
other conferences. While serving as
Corresponding Secretary through summer
1873, she helped to create and connect 25
societies across the United Brethren
Church with a total membership of 500.
The year of her death is unknown.

• Adult Sunday School at Casey U.M.C.
following worship service.
————————————————————
SCRIPTURE READINGS —
————————————————————
EXODUS 33:12–23
THE MESSAGE (MSG)
Moses seeks assurance that God is with him and the people as he continues to lead them. God promises ever-abiding presence. Moses wants more than words. He asks to see God's glory. God responds by allowing Moses to see the "after-glow" of the Divine Glory as God proclaims the Divine Name from a safe distance.Moses does not immediately leave.   Instead, he takes the time to prepare the people so they can leave.  And not the next week, or even the next month.Moses took nearly a year to lead them to get ready. During this time, with God’s direction, Moses focuses on building the religious and military infrastructure they would need to make their next leg of the journey successfully. 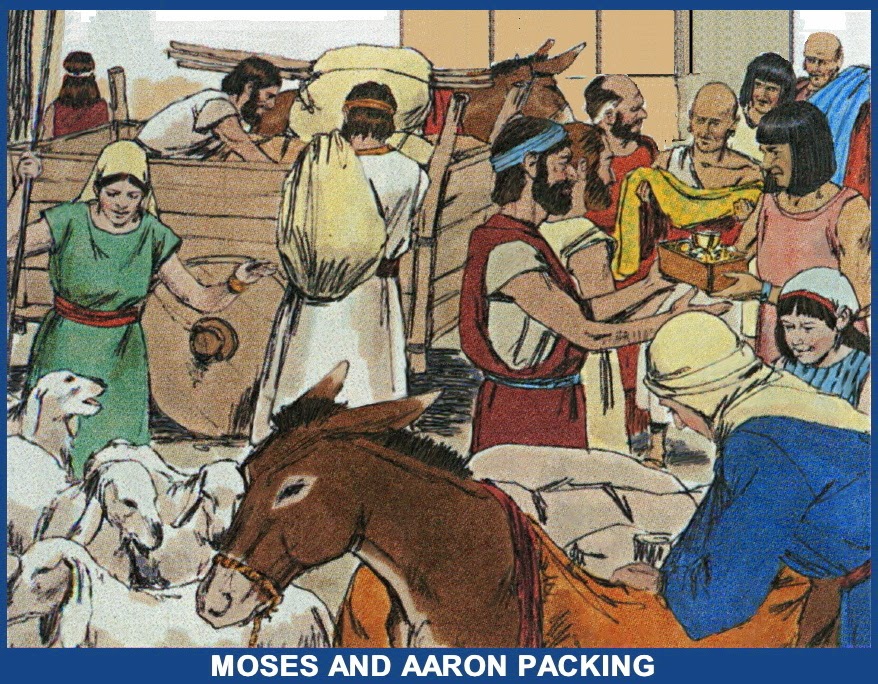 12-13 Moses said to God, “Look, you tell
me, ‘Lead this people,’ but you don’t let
me know whom you’re going to send with
me. You tell me, ‘I know you well and you
are special to me.’ If I am so special to you,
let me in on your plans. That way, I will
continue being special to you. Don’t forget,
this is your people, your responsibility.”
14 God said, “My presence will go with
you. I’ll see the journey to the end.”
15-16 Moses said, “If your presence
doesn’t take the lead here, call this trip off
right now. How else will it be known that
you’re with me in this, with me and your
people? Are you traveling with us or not?
How else will we know that we’re special,
I and your people, among all other people
on this planet Earth?”
17 God said to Moses: “All right. Just as
you say; this also I will do, for I know you
well and you are special to me. I know you
by name.”

19 God said, “I will make my Goodness
pass right in front of you; I’ll call out the
name, God, right before you. I’ll treat well
whomever I want to treat well and I’ll be
kind to whomever I want to be kind.”
20 God continued, “But you may not see
my face. No one can see me and live.”

21-23 God said, “Look, here is a place
right beside me. Put yourself on this rock.
When my Glory passes by, I’ll put you in
the cleft of the rock and cover you with my
hand until I’ve passed by. Then I’ll take my
hand away and you’ll see my back. But
you won’t see my face.”
————————————————————
PSALM 99 (UMH 819)
THE MESSAGE (MSG)
1-3 God rules. On your toes, everybody!
He rules from his angel throne—take
notice!
God looms majestic in Zion,
He towers in splendor over all the big
names.
Great and terrible your beauty: let
everyone praise you!
Holy. Yes, holy.
4-5 Strong King, lover of justice,
You laid things out fair and square;
You set down the foundations in Jacob,
Foundation stones of just and right ways.
Honor God, our God; worship his rule!
Holy. Yes, holy.
6-9 Moses and Aaron were his priests,
Samuel among those who prayed to him.
They prayed to God and he answered
them;
He spoke from the pillar of cloud.
And they did what he said; they kept the
law he gave them.
And then God, our God, answered them
(But you were never soft on their sins).
Lift high God, our God; worship at his
holy mountain.
Holy. Yes, holy is God our God.
————————————————————
1 THESSALONIANS 1:1–10
THE MESSAGE (MSG)
The Christians at Thessalonica who have experienced intense suffering, are now struggling with two primary issues: sexuality and eschatology.Paul greets the Christians in Thessalonica with gratitude for their example of joyful faith in the face of persecution. 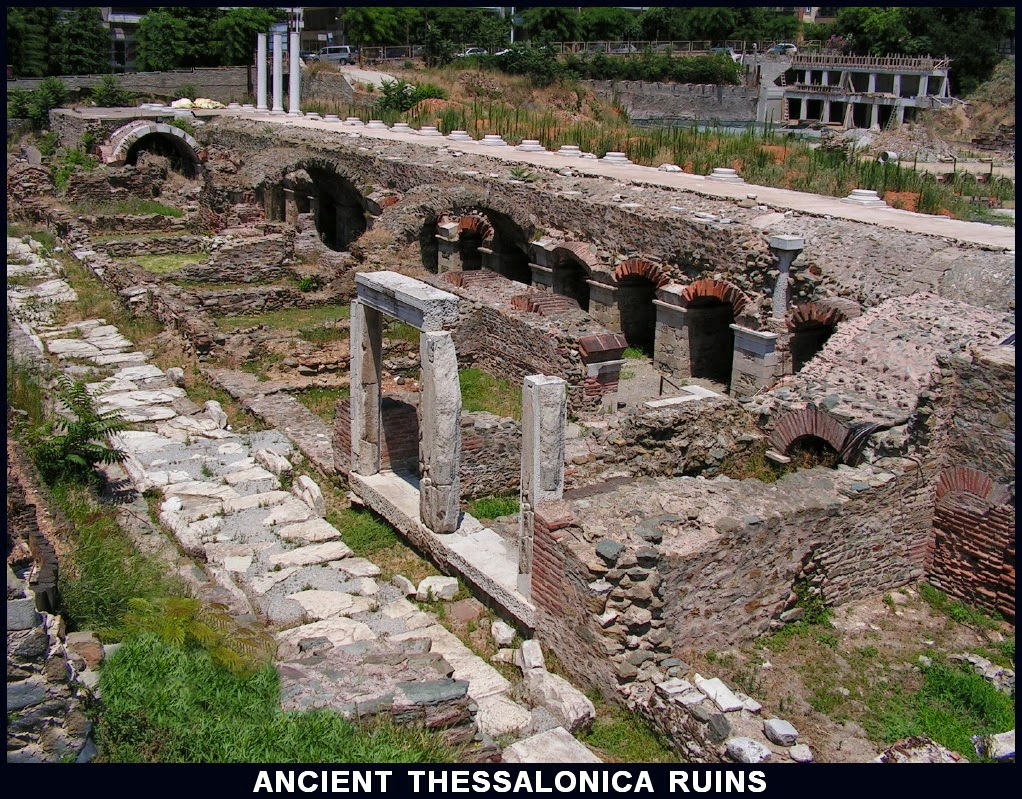 1 I, Paul, together here with Silas and
Timothy, send greetings to the church at
Thessalonica, Christians assembled by
God the Father and by the Master, Jesus
Christ. God’s amazing grace be with you!
God’s robust peace!
Convictions of Steel

2-5 Every time we think of you, we thank
God for you. Day and night you’re in our
prayers as we call to mind your work of
faith, your labor of love, and your patience
of hope in following our Master, Jesus
Christ, before God our Father. It is clear to
us, friends, that God not only loves you
very much but also has put his hand on
you for something special. When the
Message we preached came to you, it
wasn’t just words. Something happened
in you. The Holy Spirit put steel in your
convictions.
5-6 You paid careful attention to the way
we lived among you, and determined to
live that way yourselves. In imitating us,
you imitated the Master. Although great
trouble accompanied the Word, you were
able to take great joy from the Holy Spirit!
—taking the trouble with the joy, the joy
with the trouble.

7-10 Do you know that all over the
provinces of both Macedonia and Achaia
believers look up to you? The word has
gotten around. Your lives are echoing the
Master’s Word, not only in the provinces
but all over the place. The news of your
faith in God is out. We don’t even have to
say anything anymore—you’re the
message! People come up and tell us how
you received us with open arms, how you
deserted the dead idols of your old life so
you could embrace and serve God, the
true God. They marvel at how expectantly
you await the arrival of his Son, whom he
raised from the dead—Jesus, who rescued
us from certain doom.
————————————————————
MATTHEW 22:15–22
THE MESSAGE (MSG)
In the temple, a group of Pharisees try to trap Jesus, but he traps them in their own hypocrisy and divided allegiances.
PAYING TAXES
15-17 That’s when the Pharisees plotted a
way to trap him into saying something
damaging. They sent their disciples, with
a few of Herod’s followers mixed in, to
ask, “Teacher, we know you have integrity,
teach the way of God accurately, are
indifferent to popular opinion, and don’t
pander to your students. So tell us
honestly: Is it right to pay taxes to Caesar
or not?”

18-19 Jesus knew they were up to no good.
He said,“Why are you playing these games
with me? Why are you trying to trap me?
Do you have a coin? Let me see it.” They
handed him a silver piece.
20 “This engraving—who does it look like?
And whose name is on it?”
21 They said, “Caesar.”

“Then give Caesar what is his, and give
God what is his.”
22 The Pharisees were speechless. They
went off shaking their heads.
————————————————————
• 1781 - British General Charles Lord
Cornwallis surrendered to U.S. General
George Washington at Yorktown, Virginia.
It was to be the last major battle of the
American Revolutionary War.
• 1814 - In Baltimore, Maryland, the first
documented performance of "The Defense
of Fort Mc Henry" with music took place at
the Holiday Street Theater. The work was
later published under the title
"The Star-Spangled Banner."
• 1944 - The U.S. Navy announced that
black women would be allowed into Women
Accepted for Volunteer Emergency Service
(WAVES).
• 1960 - The United States imposed an
embargo on exports to Cuba covering all
commodities except medical supplies and
food products.
• 1983 - The U.S. Senate approved a bill
establishing a national holiday in honor of
Martin Luther King Jr.
• 1998 - In Washington, DC, Microsoft went
on trial to defend against an antitrust case.
≈≈≈≈≈≈≈≈≈≈≈≈≈≈≈≈≈≈≈≈≈≈≈≈≈≈≈≈≈≈≈≈≈≈≈≈≈
MONDAY, OCTOBER 20TH —
THE OFFICE IS CLOSED TODAY

• PRE-CHARGE CONFERENCE MEAL AT
LOS ALTOS IN GREENFIELD AT 5:45 P.M.

• CHARGE CONFERENCE TODAY —
IN FONTANELLE U.M.C. AT 7 P.M.
—  —  —  —  —  —  —  —  —  —  —  —  —
• 1774 - The new Continental Congress, the
governing body of America’s colonies,
passed an order proclaiming that all
citizens of the colonies "discountenance
and discourage all horse racing and all
kinds of gaming, cock fighting, exhibitions
of shows, plays and other expensive
diversions and entertainment."
• 1803 - The U.S. Senate approved the
Louisiana Purchase.
• 1818 - The U.S. and Great Britain
established the boundary between the U.S.
and Canada to be the 49th parallel.
• 1944 - Allied forces invaded the
Philippines.
• 1947 - Hollywood came under scrutiny as
the House Un-American Activities
Committee opened hearings into alleged
Communist influence within the motion
picture industry.
• 1993 - Attorney General Janet Reno
warned the TV industry to limit the
violence in their programing.
≈≈≈≈≈≈≈≈≈≈≈≈≈≈≈≈≈≈≈≈≈≈≈≈≈≈≈≈≈≈≈≈≈≈≈≈≈
TUESDAY, OCTOBER 21ST — 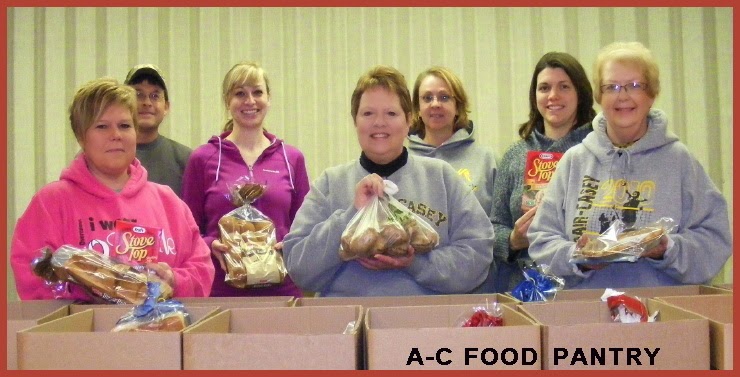 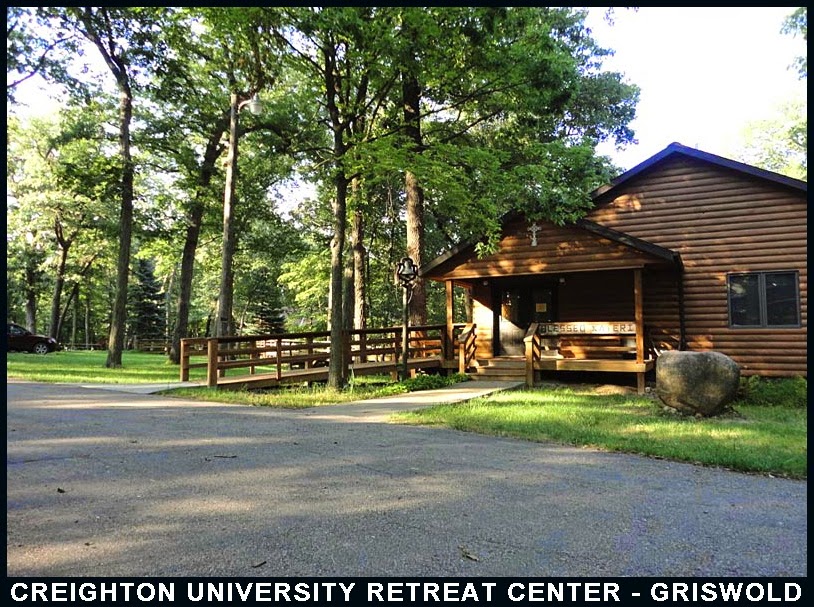 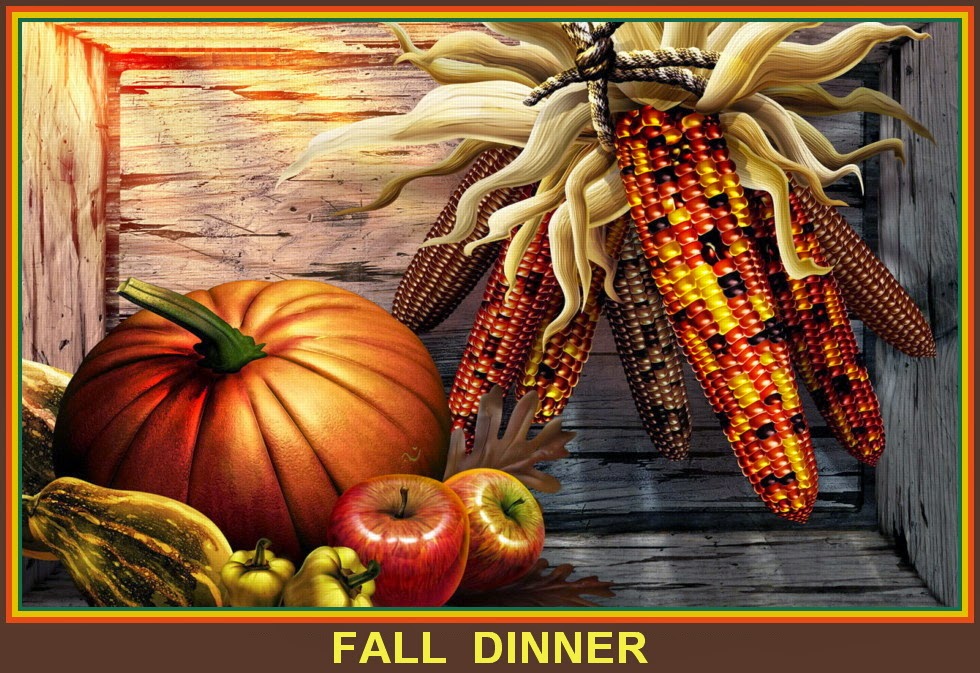 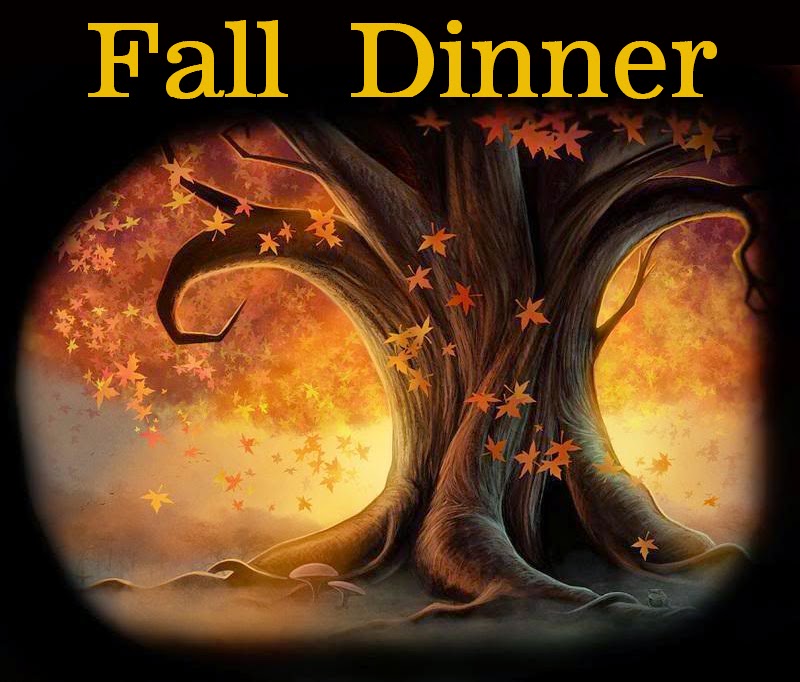