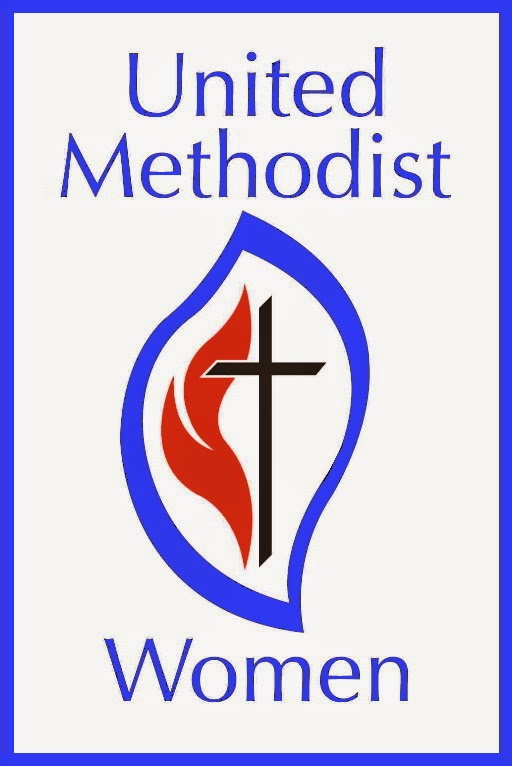 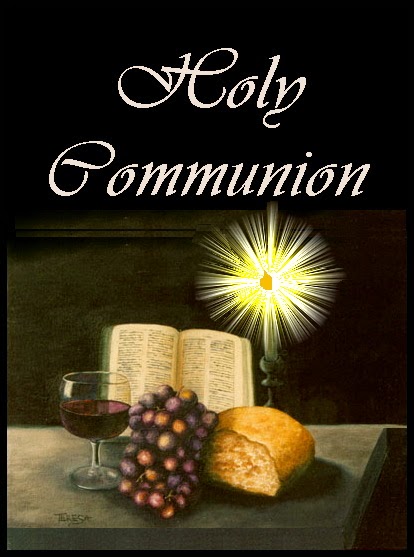 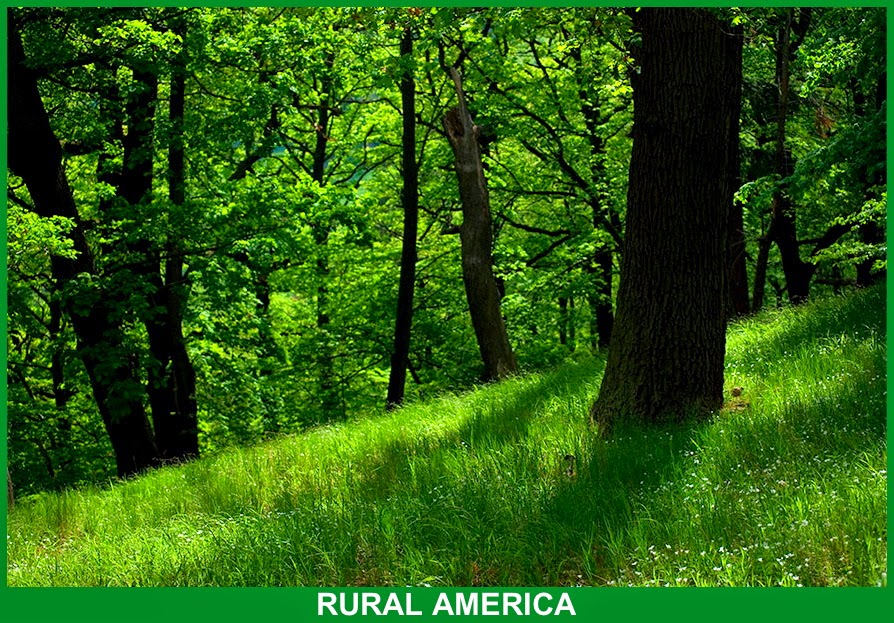 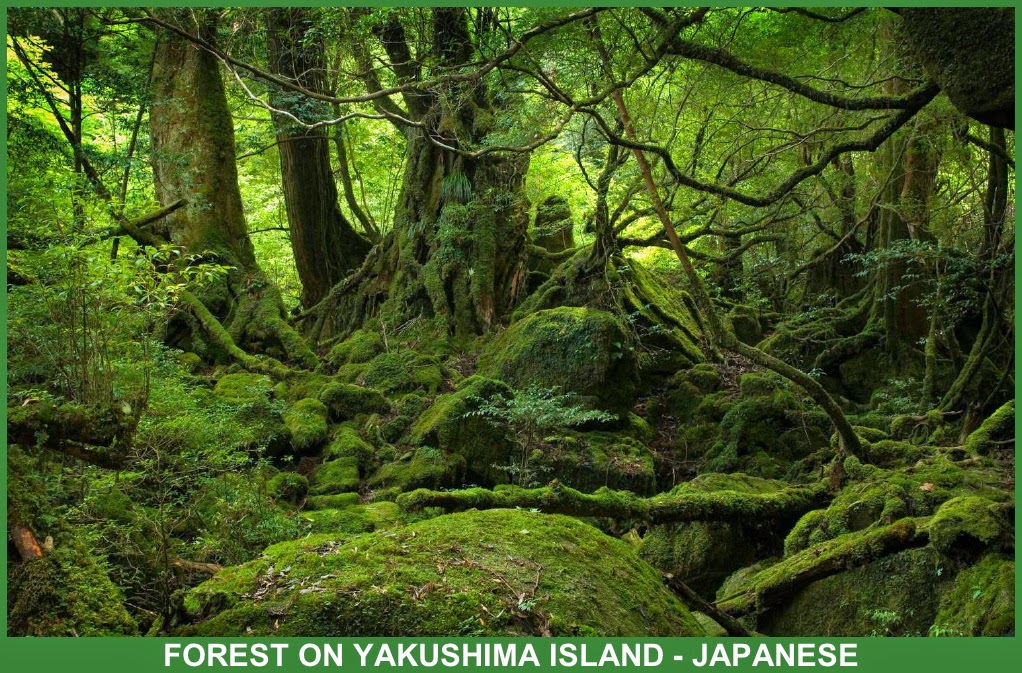 We remember the gardens and the forests
of our childhood, the places where we
walked and played in the past, when we
felt close to Earth and to the trees.
We remember and rejoice.
We believe Earth is a sanctuary, a sacred
planet filled with God’s presence, a home
for us to share with our fellow man and all
other creatures. 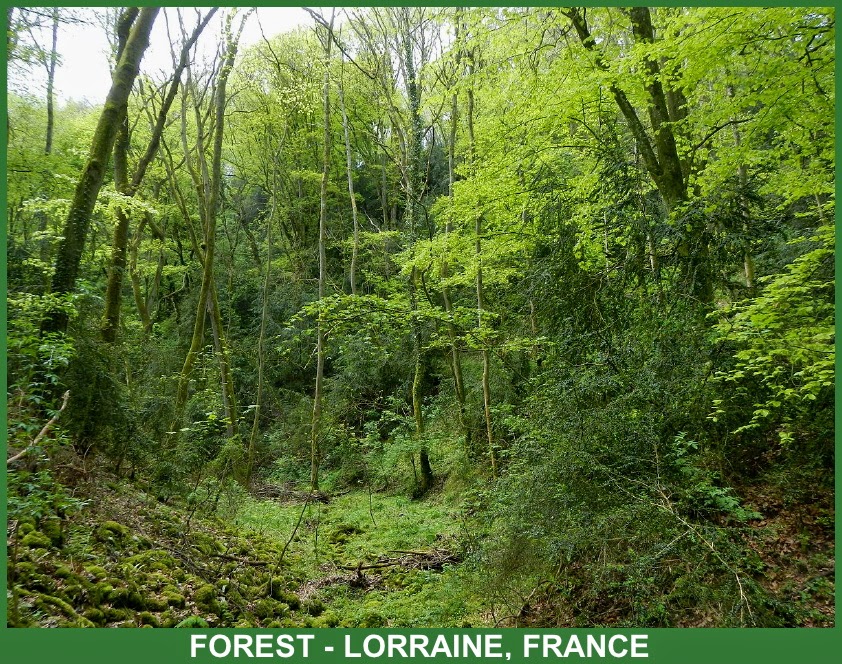 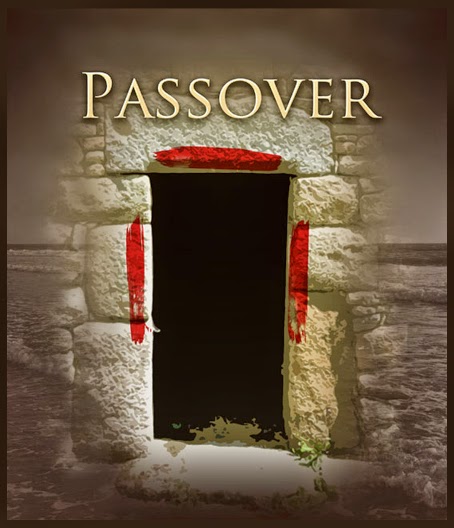 God instructs Moses and Aaron how the
people are to prepare for "The Passover"
and its adherence through all generations.
God prepared the people for deliverance
from oppression and death and for
establishing themselves in the homeland
given to them.  Here, heads of families or
kinship groups are instructed to prepare a
lamb or young goat they had obtained,
slaughter it four days later (on the night of
the vernal equinox, cook it whole over a
fire, and eat as much of it as possible, with
vegetables and unleavened bread.
1-10 God said to Moses and Aaron while
still in Egypt, "This month is to be the first
month of the year for you. Address the
whole community of Israel; tell them that
on the tenth of this month each man is to
take a lamb for his family, one lamb to a
house. If the family is too small for a lamb,
then share it with a close neighbor,
depending on the number of persons
involved. Be mindful of how much each
person will eat. Your lamb must be a
healthy male, one year old; you can select
it from either the sheep or the goats. Keep
it penned until the fourteenth day of this
month and then slaughter it—the entire
community of Israel will do this—at dusk.
Then take some of the blood and smear it
on the two doorposts and the lintel of the
houses in which you will eat it. You are to
eat the meat, roasted in the fire, that night,
along with bread, made without yeast, and
bitter herbs. Don't eat any of it raw or
boiled in water; make sure it's roasted-the
whole animal, head, legs, and innards.
Don't leave any of it until morning; if there
are leftovers, burn them in the fire.
11 "And here is how you are to eat it: Be
fully dressed with your sandals on and
your stick in your hand. Eat in a hurry; it's
the Passover to God. 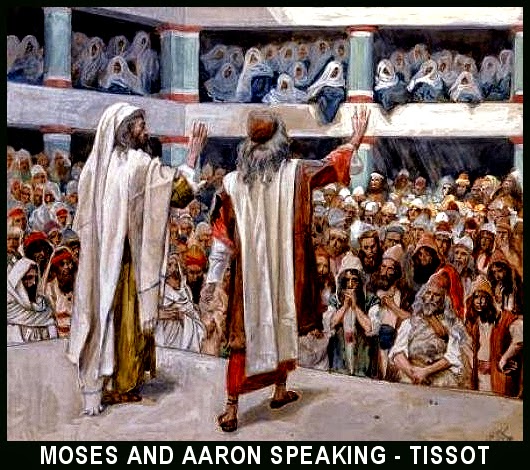 12-13 "I will go through the land of Egypt
on this night and strike down every first
born in the land of Egypt, whether human
or animal, and bring judgment on all the
gods of Egypt. I am God. The blood will
serve as a sign on the houses where you
live. When I see the blood I will pass over
you—no disaster will touch you when I
strike the land of Egypt.

14-16 "This will be a memorial day for you;
you will celebrate it as a festival to God
down through the generations, a fixed
festival celebration to be observed always.
You will eat unraised bread (matzoth) for
seven days: On the first day get rid of all
yeast from your houses—anyone who eats
anything with yeast from the first day to the
seventh day will be cut off from Israel. The
first and the seventh days are set aside as
holy; do no work on those days. Only what
you have to do for meals; each person can
do that.
————————————————————
PSALM 148 (UMH 861)
THE MESSAGE (MSG)
1 Hallelujah! Praise God from heaven,
praise him from the mountain tops;
Praise him, all you his angels,
praise him, all you his warriors,
Praise him, sun and moon,
praise him, you morning stars;
Praise him, high heaven,
praise him, heavenly rain clouds;
Praise, oh let them praise the name of
God—
he spoke the word, and there they
were!
6 He set them in place
from all time to eternity;
He gave his orders,
and that's it!
7-12 Praise God from earth,
you sea dragons, you fathomless ocean
deeps;
Fire and hail, snow and ice,
hurricanes obeying his orders;
Mountains and all hills,
apple orchards and cedar forests; Wild beasts and herds of cattle,
snakes, and birds in flight;
Earth's kings and all races,
leaders and important people,
Robust men and women in their prime,
and yes, graybeards and little children.
13-14 Let them praise the name of God—
it's the only Name worth praising.
His radiance exceeds anything in earth
and sky;
he's built a monument—his very own
people!

Praise from all who love God!
Israel's children, intimate friends of God.
Hallelujah!
————————————————————
ROMANS 13:8-14
THE MESSAGE (MSG)
Paul entreats the Romans to "owe no one
anything except to love one another; for
the one who loves another has fulfilled the
law.  We are given the “house rules for
Christian living.”
Paul focused on the life of Christians
inside the community, and began to look
at how Christians are called to reach out
in love and care toward those outside the
Christian community even when others
may persecute them. Paul wrote these
words at a time not long after Jewish
people in Rome, even Jewish Christians,
had been banished for religious reasons.
(AD 49, under the Emperor Claudius)
8-10 Don't run up debts, except for the
huge debt of love you owe each other.
When you love others, you complete what
the law has been after all along. The law
code—don't sleep with another person's
spouse, don't take someone's life, don't
take what isn't yours, don't always be
wanting what you don't have, and any
other "don't" you can think of—finally
adds up to this: Love other people as well
as you do yourself. You can't go wrong
when you love others. When you add up
everything in the law code, the sum total
is love.
11-14 But make sure that you don't get so
absorbed and exhausted in taking care of
all your day-by-day obligations that you
lose track of the time and doze off,
oblivious to God. The night is about over,
dawn is about to break. Be up and awake
to what God is doing! God is putting the
finishing touches on the salvation work he
began when we first believed. We can't
afford to waste a minute, must not
squander these precious daylight hours in
frivolity and indulgence, in sleeping
around and dissipation, in bickering and
grabbing everything in sight. Get out of
bed and get dressed! Don't loiter and
linger, waiting until the very last minute.
Dress yourselves in Christ, and be up and
about!
————————————————————
MATTHEW 18:15-20
THE MESSAGE (MSG)
Jesus teaches how to deal with conflict
between church members and promises
his presence wherever two or three are
gathered in his name.
Reference to this teaching appears more
often than any other in early Christian
letters about forgiveness in the first four
centuries. 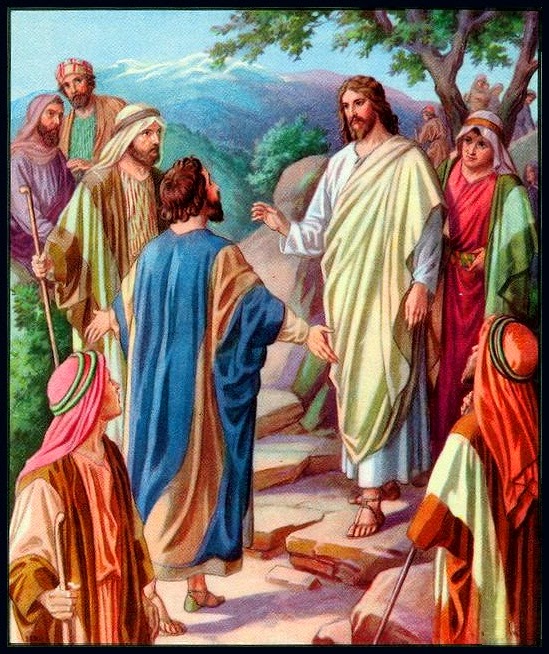 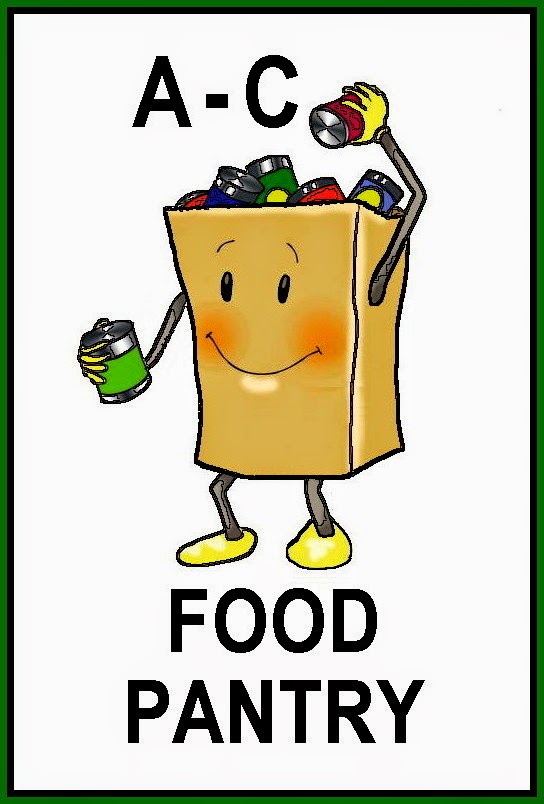 ————————————————————
• 1608 - John Smith was elected president
of the Jamestown, VA colony council.
• 1846 - Elias Howe received a patent for
his sewing machine.
• 1899 - A second quake in seven days hit
Yakutat Bay, Alaska. It measured 8.6.
• 1913 - The Lincoln Highway opened. It
was the first paved coast-to-coast highway
in the United States
• 1921 - The Ayus Autobahn in Germany
opened near Berlin. The road is known for
its nonexistent speed limit.
• 1940 - In England, Buckingham Palace
was hit by German bomb
• 1942 - U.S. President Franklin Roosevelt
mandated gasoline rationing as part of the
U.S. wartime effort.
• 1943 - German forces began their
occupation of Rome during World War II.
• 1963 - Twenty black students entered
public schools in Alabama at the end of a
standoff between federal authorities and
Alabama governor George C. Wallace.
≈≈≈≈≈≈≈≈≈≈≈≈≈≈≈≈≈≈≈≈≈≈≈≈≈≈≈≈≈≈≈≈≈≈≈≈≈
THURSDAY, SEPTEMBER 11TH —
Happy Birthday Bud Peterson!
ROLLING HILLS BANK APPRECIATION MEAL AT CASEY U.M.C.
————————————————————
• 1776 - A Peace Conference was held
between British General Howe and three
representatives of the Continental
Congress, Benjamin Franklin, John Adams
and Edward Rutledge. The conference
failed and the American war for
independence continued for seven more
years.
• 1842 - 1,400 Mexican troops captured
San Antonio, TX. The Mexicans retreated
with prisoners.
• 1936 - Boulder Dam in Nevada was
dedicated by U.S. President Franklin D.
Roosevelt by turning on the dam's first
hydroelectric generator. The dam is now
called Hoover Dam.
• 1941 - In Arlington, VA, a groundbreaking
ceremony for the Pentagon took place.
• 1959 - The U.S. Congress passed a bill
authorizing the creation of food stamps.
• 2001 - In the United States, four airliners
were hijacked and were intentionally
crashed. Two airliners hit the World Trade
Center, which collapsed shortly after, in
New York City, NY.   One airliner hit the
Pentagon in Arlington, Virginia. Another
airliner crashed in a field in Pennsylvania.
About 3,000 people were killed.
≈≈≈≈≈≈≈≈≈≈≈≈≈≈≈≈≈≈≈≈≈≈≈≈≈≈≈≈≈≈≈≈≈≈≈≈≈
FRIDAY, SEPTEMBER 12TH —
• • Pastor Melodee is in school today.
————————————————————
• 1609 - English explorer Henry Hudson
sailed down what is now known as the
Hudson River.
• 1918 - During World War I, At the Battle of
St. Mihiel, U.S. Army personnel operate
tanks for the first time. The tanks were
French-built.
• 1940 - The Lascaux paintings were
discovered in France. The cave paintings
were 17,000 years old and were some of
the best examples of art from the
Paleolithic period.
• 1943 - During World War II, Benito
Mussolini was taken by German
paratroopers from the Italian government
that was confining him.
• 1944 - U.S. Army troops entered Germany,
near Trier, for the first time in World War II.
• 1974 - Emperor Haile Selassie was taken
out of power by Ethiopia's military after
ruling for 58 years.
≈≈≈≈≈≈≈≈≈≈≈≈≈≈≈≈≈≈≈≈≈≈≈≈≈≈≈≈≈≈≈≈≈≈≈≈≈
SATURDAY, SEPTEMBER 13TH —
Happy Birthday Pastor Melodee Carstens!
Happy Birthday Debra Sheeder!
• • Pastor Melodee is in school today.
————————————————————
• 1788 - The Constitutional Convention
decided that the first federal election was
to be held on Wednesday the following
February. On that day George Washington
was elected as the first president of the
United States. In addition, New York City
was named the temporary national capital.
• 1922 - In El Azizia, Libya, the highest
shade temperature was recorded at 136.4
degrees Fahrenheit.
• 1948 - Margaret Chase Smith was elected
to the U.S. Senate and became the first
woman to serve in both houses of the U.S.
Congress.
• 2001 - U.S. Secretary of State Colin Powell
named Osama bin Laden as the prime
suspect in the terror attacks on the United
States on September 11, 2001. Limited
commercial flights resumed in the U.S. for
the first time in two days.
≈≈≈≈≈≈≈≈≈≈≈≈≈≈≈≈≈≈≈≈≈≈≈≈≈≈≈≈≈≈≈≈≈≈≈≈≈
FUTURE FOCUS —
• SEPTEMBER 15 - OCTOBER 15:
HISPANIC HERITAGE MONTH
We recognize the contributions of Hispanic
and Latino persons to our United States
history and to our current culture.————————————————————
Thank you for your many contributions to
our church life this week.  We hope the
heavy rains have not caused you any
problems. Do be careful during inclement
weather.  We do want you back next week,
you know.