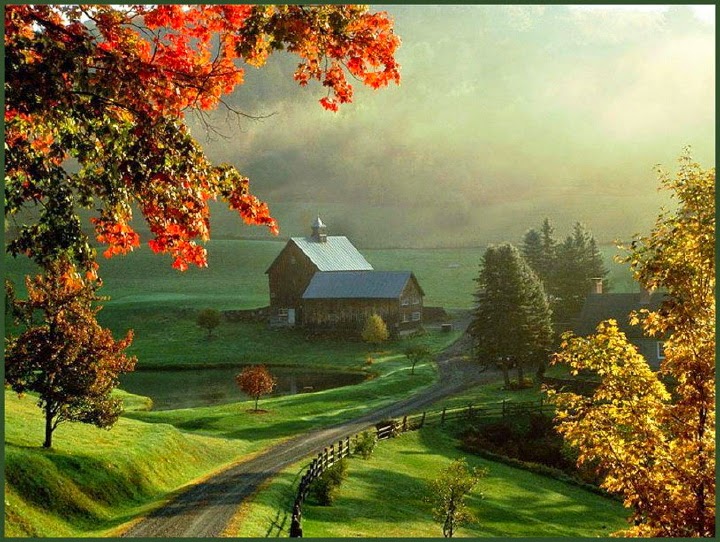 Many demonstrators in the New York
march came from far across the globe,
including China, India, Senegal, Turkey,
Zimbabwe, and South Africa.
Kathryn Leuch, from the Philippines, said
she was here in the People’s Climate
March because of what global warming
is doing to her home country.

“People in the Philippines are impacted
and vulnerable to climate change,” she
said. If humanity keeps burning alarming
amounts of carbon, the result will be more
extreme weather events like Typhoon
Haiyan, known in the Philippines as
Typhoon Yolanda, which struck November
8th, 2013. It is the deadliest Philippine
typhoon on record, killing at least 6,300
people in that country alone.
At it's height, the system's one-minute
sustained winds were measured at 195
mph, unofficially making Haiyan the
strongest tropical cyclone ever recorded.
≈≈≈≈≈≈≈≈≈≈≈≈≈≈≈≈≈≈≈≈≈≈≈≈≈≈≈≈≈≈≈≈≈≈≈≈≈
• • SEPTEMBER 15 TO OCTOBER 15TH IS
HISPANIC AND LATINO HERITAGE MONTH 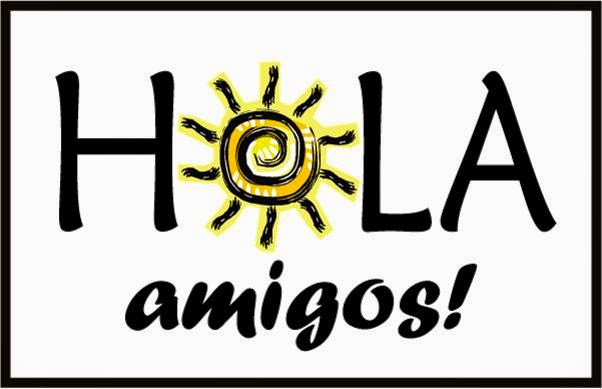 You can see our country is deeply impacted
by Hispanic Latino people, just as it is
impacted by your people and mine. 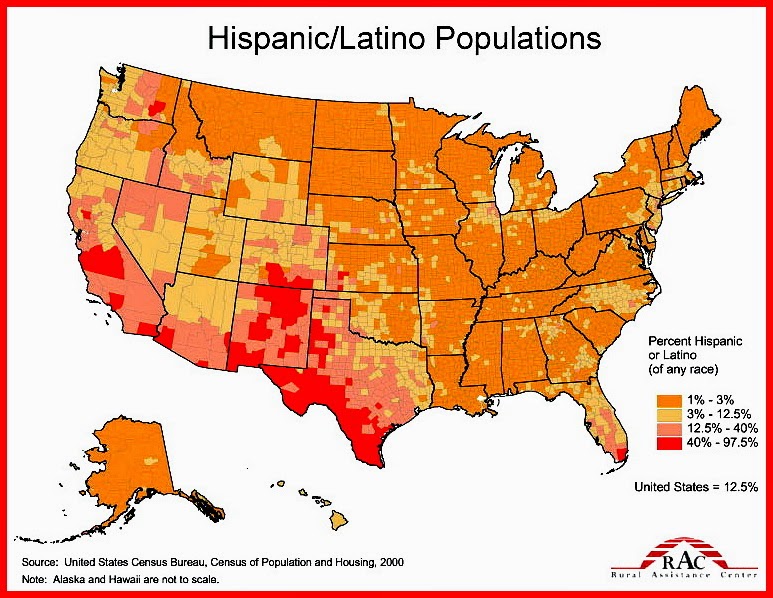 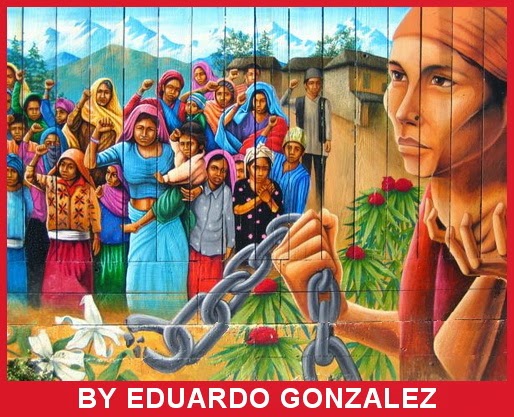 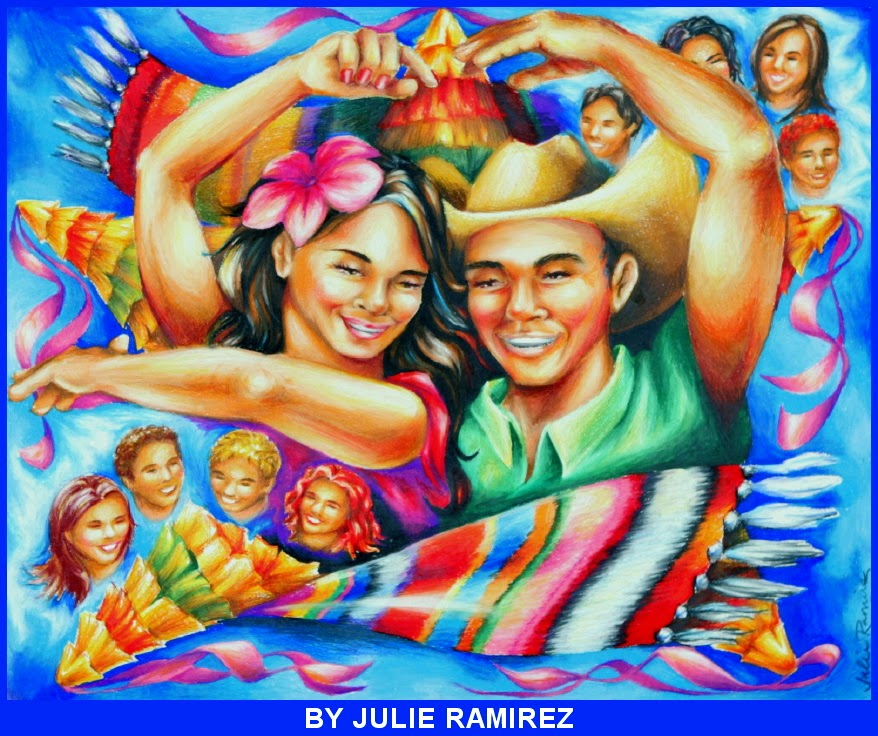 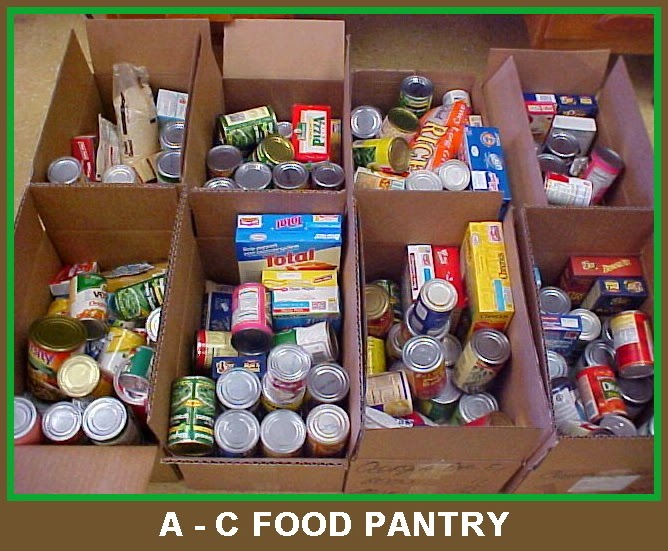 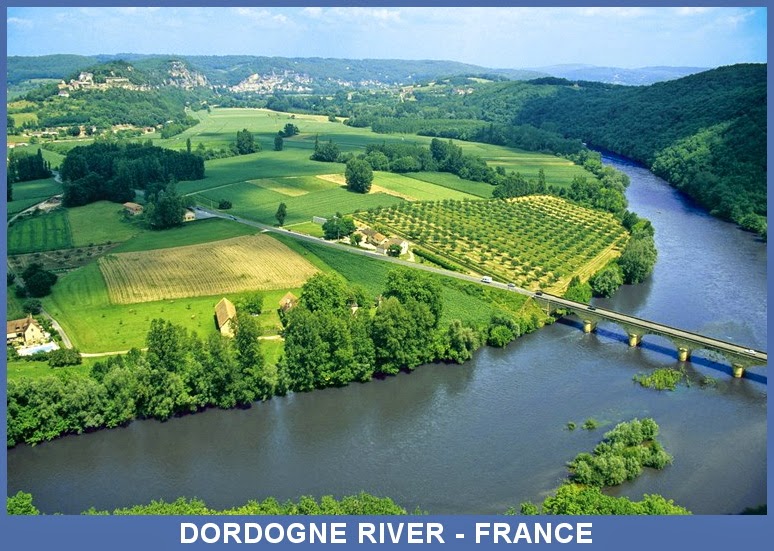 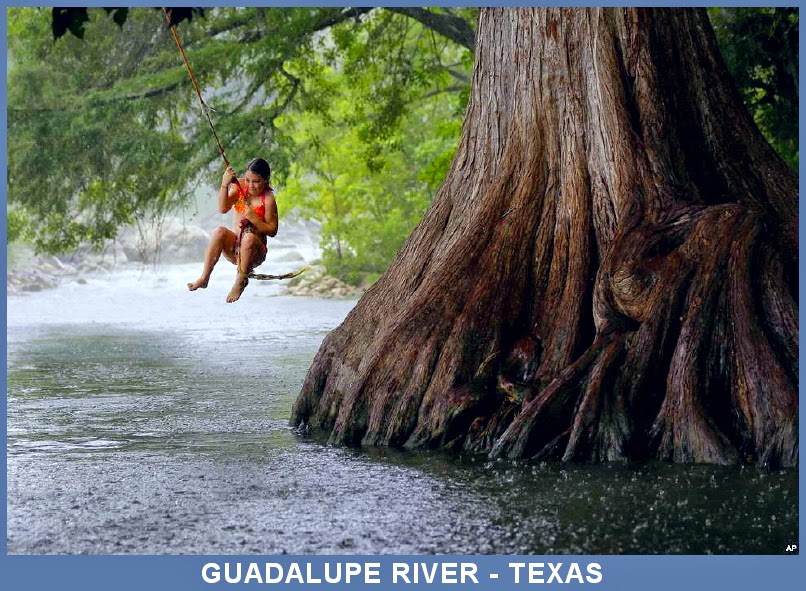 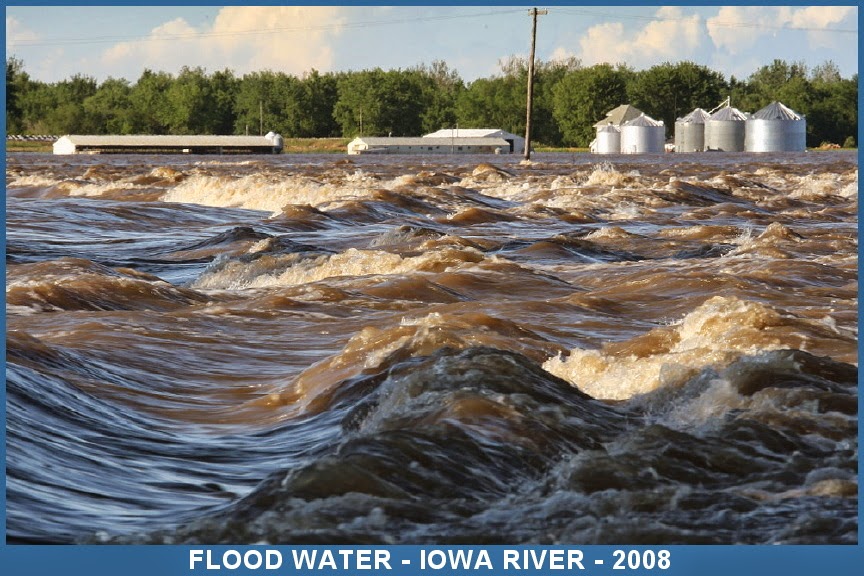 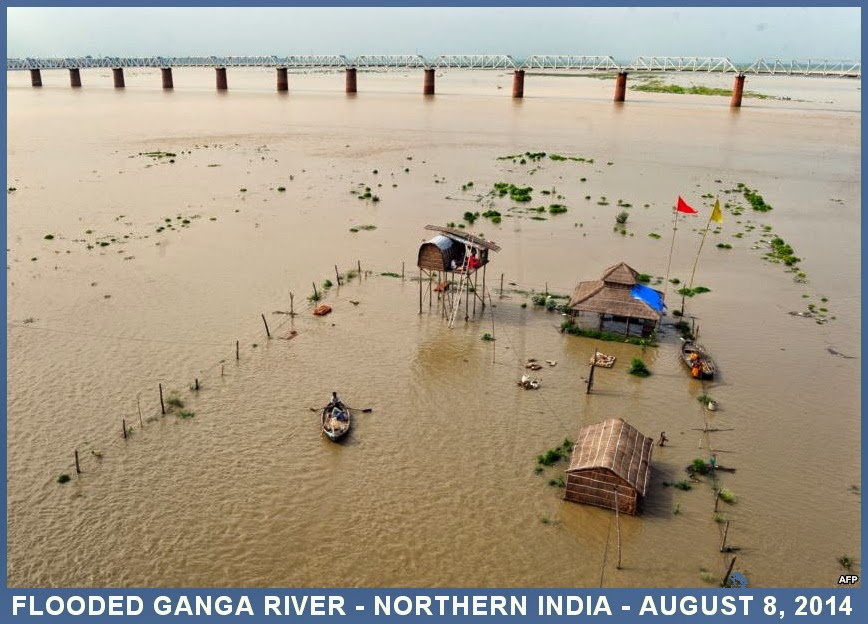 • All life needs water to survive. Today
opens the possibility to explore how water
is used where you are;  is it abundant? Is
it scarce? How should we plan to use it in
ways that ensure a better and safer life for
earth's people and creatures.  Keeping a
balance of enough water and far too much
can be a frustrating problem.
There is nothing quite as beautiful as a tall
glass of cold water. 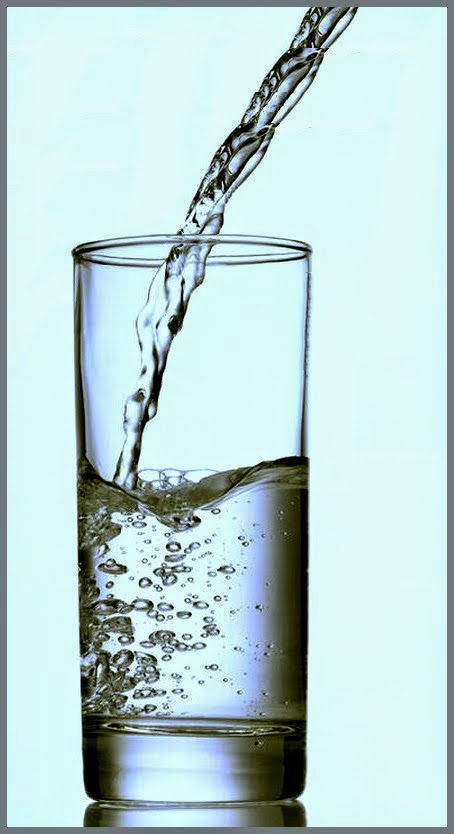 ————————————————————
SCRIPTURE READINGS —
————————————————————
EXODUS 17:1-7
THE MESSAGE (MSG)
People quarreled  with Moses at Rephidim because there is no water. The Lord tells Moses to strike the rock at Horeb with his rod. Moses names the place Massah and Meribah.
1-2 Directed by God, the whole company
of Israel moved on by stages from the
Wilderness of Sin. They set camp at
Rephidim. But there wasn’t a drop of water
for the people to drink. The people took
Moses to task: “Give us water to drink.”
But Moses said, “Why pester me? Why
are you testing God?”
3 But the people were thirsty for water
there. They complained to Moses, “Why
did you take us from Egypt and drag us
out here with our children and animals to
die of thirst?”
4 Moses cried out in prayer to God, “What
can I do with these people? Any minute
now they’ll kill me!”
5-6 God said to Moses, “Go on out ahead
of the people, taking with you some of the
elders of Israel. Take the staff you used to
strike the Nile. And go. I’m going to be
present before you there on the rock at
Horeb. You are to strike the rock. Water
will gush out and the people will drink.” 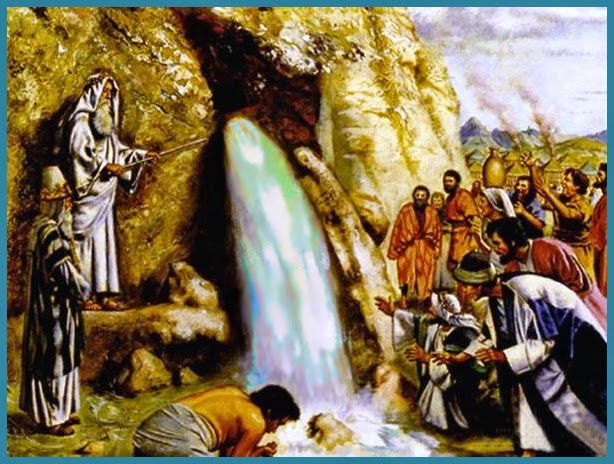 6-7 Moses did what he said, with the
elders of Israel right there watching. He
named the place Massah (Testing-Place)
and Meribah (Quarreling) because of the
quarreling of the Israelites and because of
their testing of God when they said, “Is
God here with us, or not?”
————————————————————
PSALM 78   (UMH 799)
THE MESSAGE (MSG)
AN ASAPH PSALM
1-4 Listen, dear friends, to God’s truth,
bend your ears to what I tell you.
I’m chewing on the morsel of a proverb;
I’ll let you in on the sweet old truths,
Stories we heard from our fathers,
counsel we learned at our mother’s
knee.
We’re not keeping this to ourselves,
we’re passing it along to the next
generation—
God’s fame and fortune,
the marvelous things he has done.
5-8 He planted a witness in Jacob,
set his Word firmly in Israel,
Then commanded our parents
to teach it to their children
So the next generation would know,
and all the generations to come—
Know the truth and tell the stories
so their children can trust in God,
Never forget the works of God
but keep his commands to the letter.
Heaven forbid they should be like their
parents,
bullheaded and bad,
A fickle and faithless bunch
who never stayed true to God.
9-16 The Ephraimites, armed to the teeth,
ran off when the battle began.
They were cowards to God’s Covenant,
refused to walk by his Word.
They forgot what he had done—
marvels he’d done right before their
eyes.
He performed miracles in plain sight of
their parents
in Egypt, out on the fields of Zoan.
He split the Sea and they walked right
through it;
he piled the waters to the right and the
left.
He led them by day with a cloud,
led them all the night long with a fiery
torch.
He split rocks in the wilderness,
gave them all they could drink from
underground springs;
He made creeks flow out from sheer rock,
and water pour out like a river. 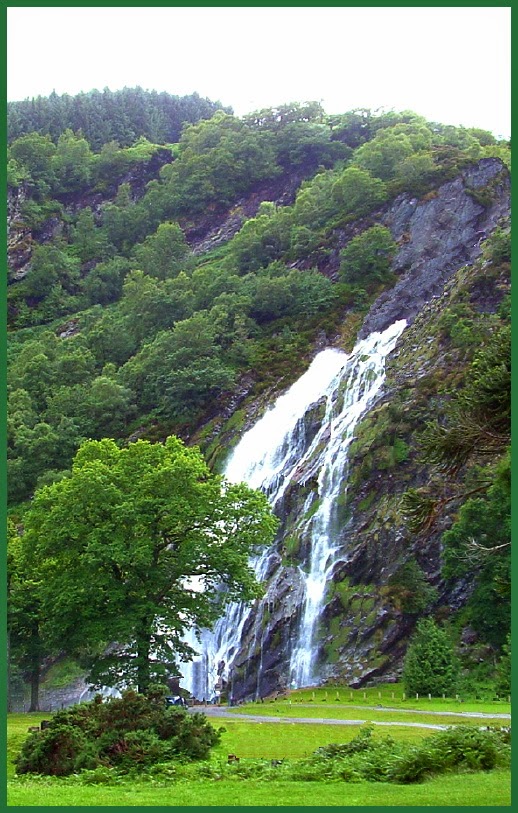 ————————————————————
PHILIPPIANS 2:1-13
THE MESSAGE (MSG)
Paul urges the Christians in Philippi to have in them the mind that was in Christ Jesus. He "sings them their song" and urges them to work out their salvation with fear and trembling.
HE TOOK ON THE STATUS OF A SLAVE
1-4 If you’ve gotten anything at all out of
following Christ, if his love has made any
difference in your life, if being in a
community of the Spirit means anything to
you, if you have a heart, if you care— then
do me a favor:
Agree with each other, love each other, be
deep-spirited friends. Don’t push your way
to the front; don’t sweet talk your way to
the top. Put yourself aside, and help
others get ahead. Don’t be obsessed with
getting your own advantage. Forget your-
selves long enough to lend a helping hand.
5-8 Think of yourselves the way Christ
Jesus thought of himself. He had equal
status with God but didn’t think so much
of himself that he had to cling to the
advantages of that status no matter what.
Not at all. When the time came, he set
aside the privileges of deity and took on
the status of a slave, became human!
Having become human, he stayed human.
It was an incredibly humbling process. He
didn’t claim special privileges. Instead, he
lived a selfless, obedient life and then
died a selfless, obedient death—and the
worst kind of death at that—a crucifixion.
9-11 Because of that obedience, God lifted
him high and honored him far beyond any-
one or anything, ever, so that all created
beings in heaven and on earth—even
those long ago dead and buried—will bow
in worship before this Jesus Christ, and
call out in praise that he is the Master of
all, to the glorious honor of God the
Father.

REJOICING TOGETHER
12-13 What I’m getting at, friends, is that
you should simply keep on doing what
you’ve done from the beginning. When I
was living among you, you lived in
responsive obedience. Now that I’m
separated from you, keep it up. Better yet,
redouble your efforts. Be energetic in your
life of salvation, reverent and sensitive
before God. That energy is God’s energy,
an energy deep within you, God himself
willing and working at what will give him
the most pleasure.
————————————————————
MATTHEW 21:23-32
THE MESSAGE (MSG)
The chief priests and elders ask Jesus by what authority he acts. In response, Jesus asks them a question they refuse to answer. He then tells the parable of a father who asks each of his two sons to go work in the vineyard. One says, "No," but does go; the other says "yes," but does not go.

TRUE AUTHORITY
23 Then he was back in the Temple,
teaching. The high priests and leaders of
the people came up and demanded,
“Show us your credentials. Who
authorized you to teach here?”
24-25 Jesus responded, “First let me ask
you a question. You answer my question
and I’ll answer yours. About the baptism
of John—who authorized it: heaven or
humans?”
25-27 They were on the spot and knew it.
They pulled back into a huddle and
whispered, “If we say ‘heaven,’ he’ll ask
us why we didn’t believe him; if we say
‘humans,’ we’re up against it with the
people because they all hold John up as a
prophet.” They decided to concede that
round to Jesus. “We don’t know,” they
answered.

Jesus said, “Then neither will I answer
your question.

THE STORY OF TWO SONS
28 “Tell me what you think of this story: A
man had two sons. He went up to the first
and said, ‘Son, go out for the day and
work in the vineyard.’
29 “The son answered, ‘I don’t want to.’
Later on he thought better of it and went.
30 “The father gave the same command to
the second son. He answered, ‘Sure, glad
to.’ But he never went.
31-32 “Which of the two sons did what the
father asked?” 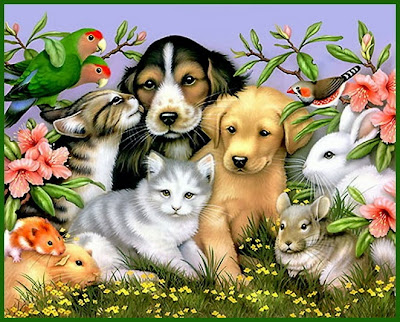 If people do not have animals as a pets,
they may wish to acknowledge animals 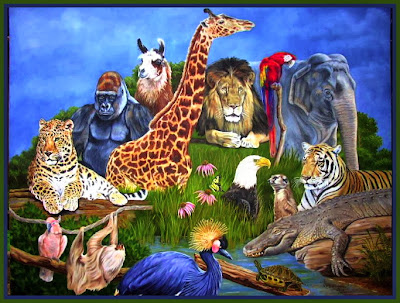 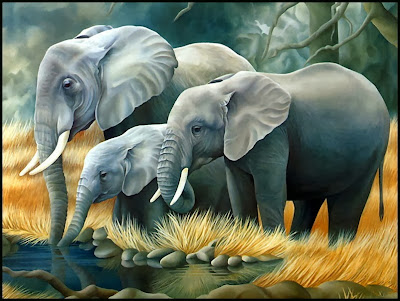 they love or endangered species living in
the wild.

1. Mother Earth, our mother birthing
Every creature on the land
Jesus too was flesh and breathing,
Kin to all every greening plant.
Celebrate with all creation:
God has joined the web of life.

2. Sister Air, our sister lifting
Every creature born with wing;
Jesus shared the breath of forests,
Breath that makes our spirits sing.
Celebrate with all creation:
God has joined the web of life.

3. Brother Water, brother pulsing
Deep through every vein and sea,
Jesus drank the very raindrops
For our wine and in our tea.
Celebrate with all creation:
God has joined the web of life.

4. Father Fire, our father burning
With the sacred urge to live.
Jesus' death completes the cycle,
Bringing life beyond the grave.
Celebrate with all creation:
God has joined the web of life.
Words: © Norman Habel 1999

Praise – A Version of Psalm 148
All dogs and cats, large and small: 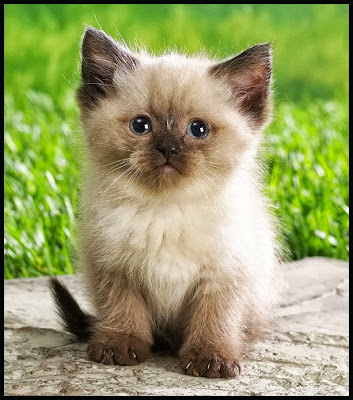 All goldfish, guppies, and swimming
creatures:  Praise the Lord! 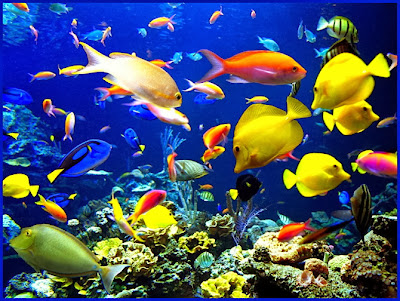 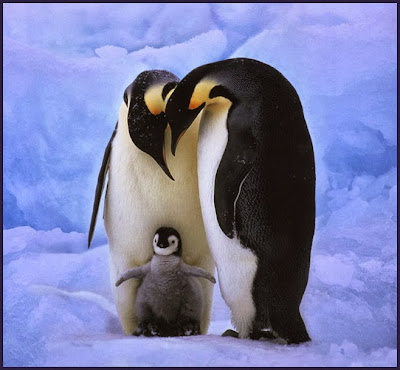 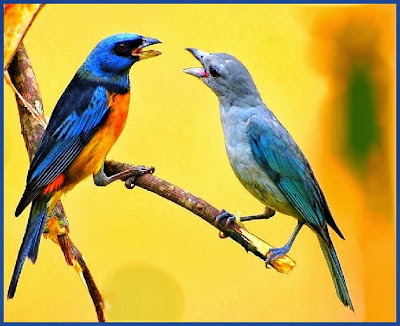 All horses, cows, and sheep: 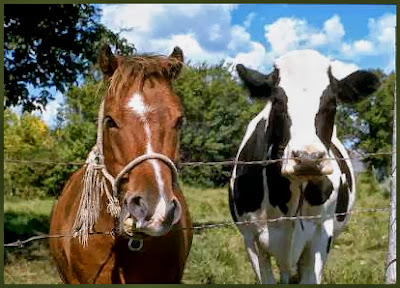 Every animal in the sky, the sea, and the
forest:
Praise the Lord! 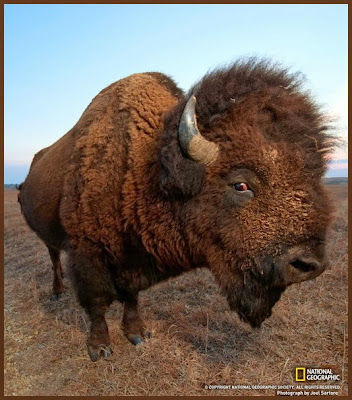 Thank you for your contributions of spirit,
strength, and energy this week.  You keep
these wheels rolling along.