OUR WEEK-APRIL 27TH TO MAY 3RD

R E M I N D E R S —
• EARTH DAY IS TUESDAY THE 22ND •
Earth Day is a celebration of our amazing
planet and a chance to learn how we can
best take care for it.
• The first celebration of Earth Day took
place on April 22, 1970, making 2014's
observance the 44th anniversary of Earth
Day.  President Bill Clinton awarded
Senator Gaylord Nelson the Presidential
Medal of Freedom in 1995 for his role as
Earth Day founder.
• Although Earth Day originated in the
United States, it went global in 1990 with
140 countries participating in a celebration.
In 2000, more than 180 countries took part.
————————————————————
• NASA is asking people to take a photo of
themselves outdoors (a selfie) and post it
to social media using the hashtag
#GlobalSelfie  address. 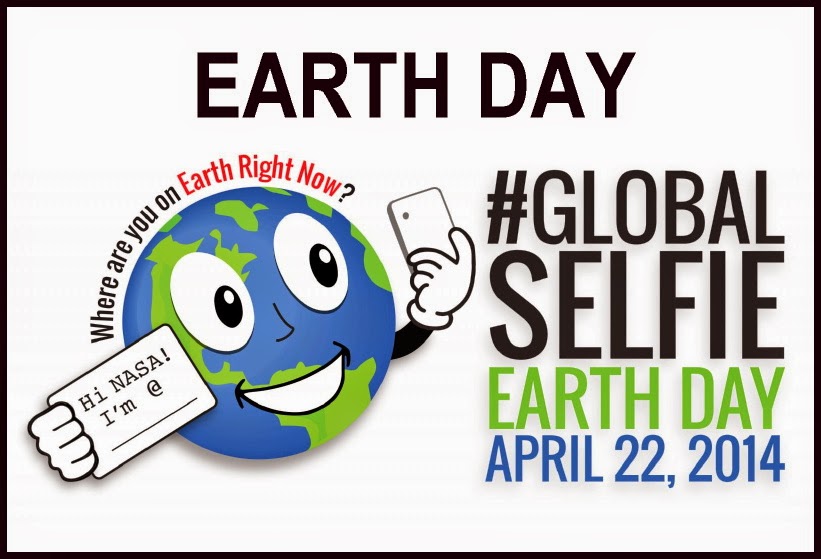 – DID YOU KNOW –
• The annual Lyrid meteor shower will peak
in the early hours of Earth Day.
•  Homes and vehicles account for half of
all American greenhouse gas emissions.
• The world's population is swarming into
large cities because there are no jobs out
in the country.
• • Panther Caucus Newsletter from the
University of Northern Iowa says:
“This year for Earth Day, 200 volunteers
from the campus and surrounding area,
will plant 6,500 trees to replace trees that
were damaged by the 2008 floods and are
otherwise infected by insects.
In 2014 Earth Day is focusing on city
projects because of additional population
moving to the cities in search of work. 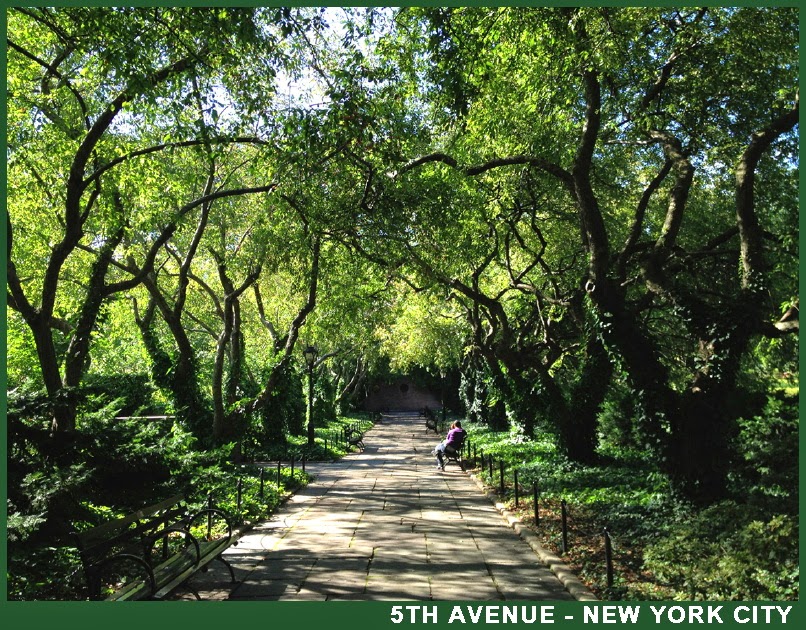 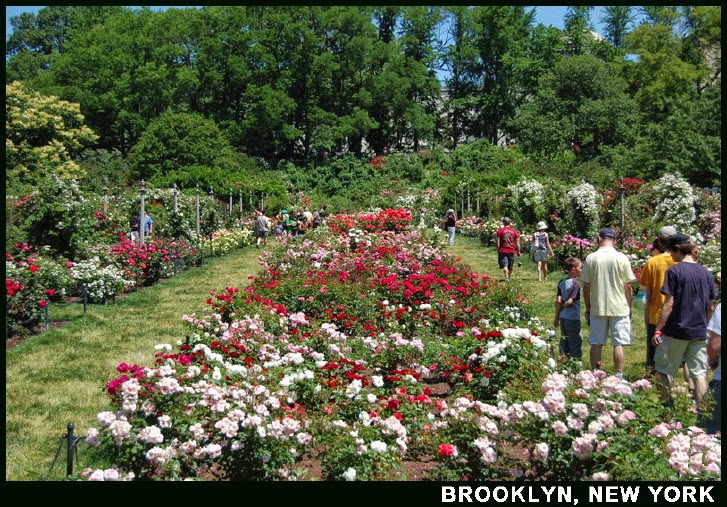 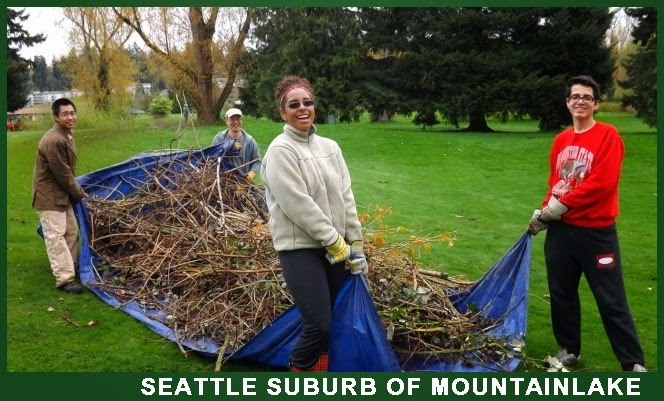 Some areas of the world will be easier to
work with than others. 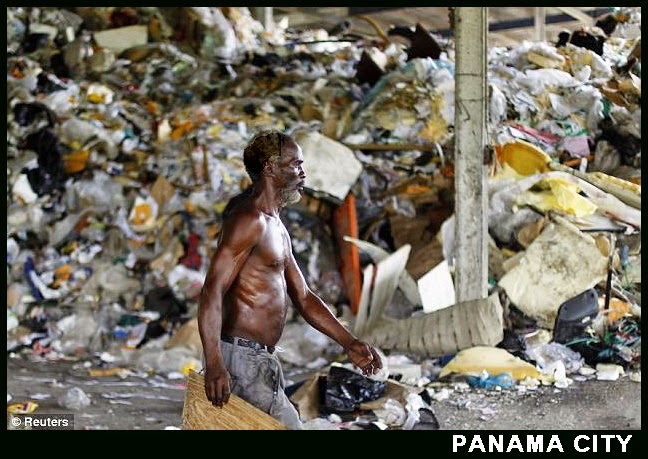 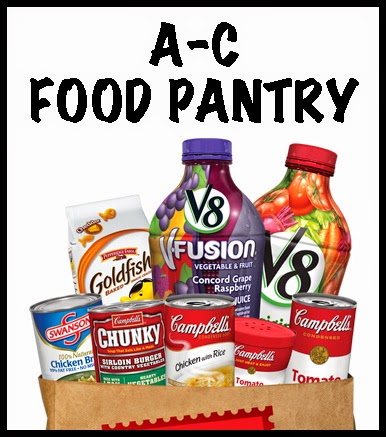 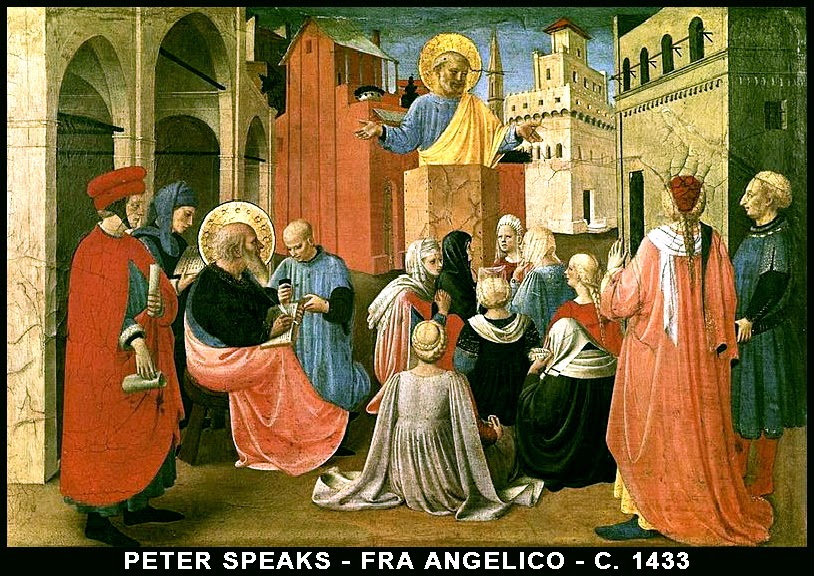 "In the Last Days," God says,
"I will pour out my Spirit
on every kind of people:
Your sons will prophesy,
also your daughters;
Your young men will see visions,
your old men dream dreams.
When the time comes,
I'll pour out my Spirit
On those who serve me, men and women
both,
and they'll prophesy.
I'll set wonders in the sky above
and signs on the earth below,
Blood and fire and billowing smoke,
the sun turning black and the moon
blood-red,
Before the Day of the Lord arrives,
the Day tremendous and marvelous;
And whoever calls out for help
to me, God, will be saved."

22-28 "Fellow Israelites, listen carefully to
these words: Jesus the Nazarene, a man
thoroughly accredited by God to you—the
miracles and wonders and signs that God
did through him are common knowledge
—this Jesus, following the deliberate and
well-thought-out plan of God, was
betrayed by men who took the law into
their own hands, and was handed over to
you. And you pinned him to a cross and
killed him. But God untied the death ropes
and raised him up. Death was no match
for him. David said it all:

I saw God before me for all time.
Nothing can shake me; he's right by my
side.
I'm glad from the inside out, ecstatic;
I've pitched my tent in the land of hope.
I know you'll never dump me in Hades;
I'll never even smell the stench of death.
You've got my feet on the life-path,
with your face shining sun-joy all
around.

29-36 "Dear friends, let me be completely
frank with you. Our ancestor David is dead
and buried—his tomb is in plain sight
today. But being also a prophet and
knowing that God had solemnly sworn
that a descendant of his would rule his
kingdom, seeing far ahead, he talked of
the resurrection of the Messiah—'no trip to
Hades, no stench of death.' This Jesus,
God raised up. And every one of us here is
a witness to it. Then, raised to the heights
at the right hand of God and receiving the
promise of the Holy Spirit from the Father,
he poured out the Spirit he had just
received. That is what you see and hear.
For David himself did not ascend to
heaven, but he did say,

3 And these God-chosen lives all around
— what splendid friends they make!

4 Don't just go shopping for a god.
Gods are not for sale.
I swear I'll never treat god-names
like brand-names.

5-6 My choice is you, God, first and only.
And now I find I'm your choice!
You set me up with a house and yard.
And then you made me your heir!

7-8 The wise counsel God gives when I'm
awake
is confirmed by my sleeping heart.
Day and night I'll stick with God;
I've got a good thing going and I'm not
letting go.

9-10 I'm happy from the inside out,
and from the outside in, I'm firmly
formed.
You canceled my ticket to hell—
that's not my destination!

11 Now you've got my feet on the life path,
all radiant from the shining of your face.
Ever since you took my hand,
I'm on the right way.
————————————————————
1 PETER 1:3–9
THE MESSAGE (MSG)
This passage notes the “various trials” the newly baptized and other Christians he addresses are having to undergo. He then compares these trials to a “testing by fire” that helps separate gold from other minerals. The temperatures required to purify gold vary from 1000 to over 1900 degrees Fahrenheit, depending on the method used. We do not metaphorically associate the word “crucible” with a very severe trial for nothing!We have been born anew and granted an imperishable inheritance in the Risen Lord.
A NEW LIFE
3-5 What a God we have! And how
fortunate we are to have him, this Father
of our Master Jesus! Because Jesus was
raised from the dead, we've been given a
brand-new life and have everything to live
for, including a future in heaven—and the
future starts now! God is keeping careful
watch over us and the future. The Day is
coming when you'll have it all—life healed
and whole.
6-7 I know how great this makes you feel,
even though you have to put up with every
kind of aggravation in the meantime. Pure
gold put in the fire comes out of it proved
pure; genuine faith put through this
suffering comes out proved genuine.
When Jesus wraps this all up, it's your
faith, not your gold, that God will have on
display as evidence of his victory.
8-9 You never saw him, yet you love him.
You still don't see him, yet you trust him—
with laughter and singing. Because you
kept on believing, you'll get what you're
looking forward to: total salvation.
————————————————————
JOHN 20:19–31
THE MESSAGE (MSG)
This story is not only about Thomas, but about Jesus Christ. It reminds us, the body of Christ, to go to similar lengths to show the signs of Christ's resurrection to those who doubt so they may come to believe.
TO BELIEVE
19-20 Later on that day, the disciples had
gathered together, but, fearful of the Jews,
had locked all the doors in the house.
Jesus entered, stood among them, and
said, "Peace to you." Then he showed
them his hands and side.
20-21 The disciples, seeing the Master with
their own eyes, were exuberant. Jesus
repeated his greeting: "Peace to you. Just
as the Father sent me, I send you."
22-23 Then he took a deep breath and
breathed into them."Receive the Holy
Spirit," he said. "If you forgive someone's
sins, they're gone for good. If you don't for-
give sins, what are you going to do with
them?"
24-25 But Thomas, sometimes called the
Twin, one of the Twelve, was not with them
when Jesus came. The other disciples told
him, "We saw the Master." 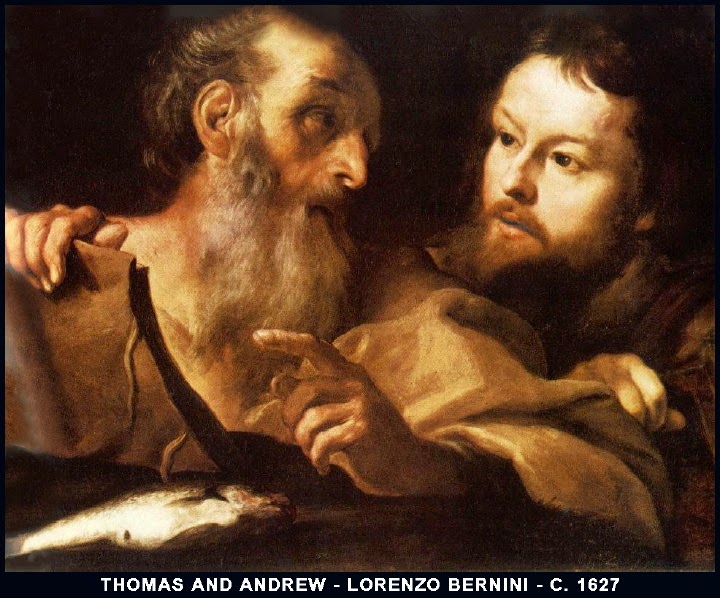 But he said, "Unless I see the nail holes in
his hands, put my finger in the nail holes,
and stick my hand in his side, I won't
believe it."

26 Eight days later, his disciples were again
in the room. This time Thomas was with
them. Jesus came through the locked
doors, stood among them, and said, "Peace
to you."
27 Then he focused his attention on
Thomas. "Take your finger and examine my
hands. Take your hand and stick it in my
side. Don't be unbelieving. Believe." 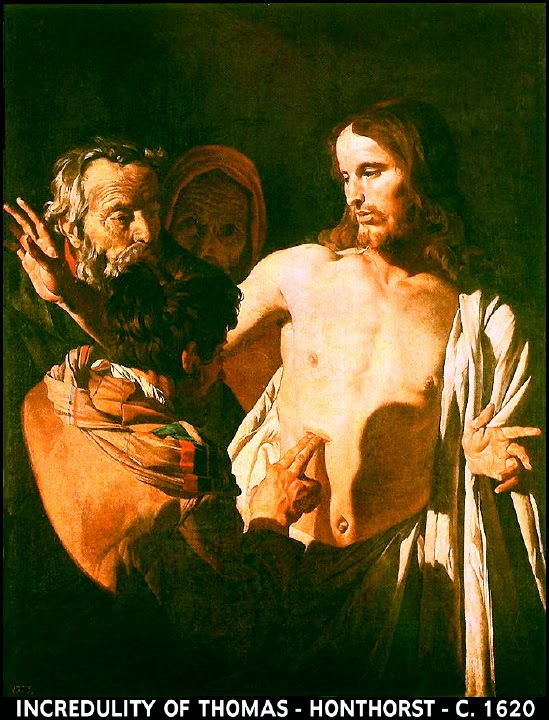 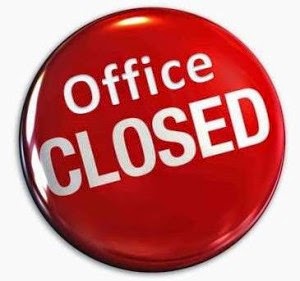 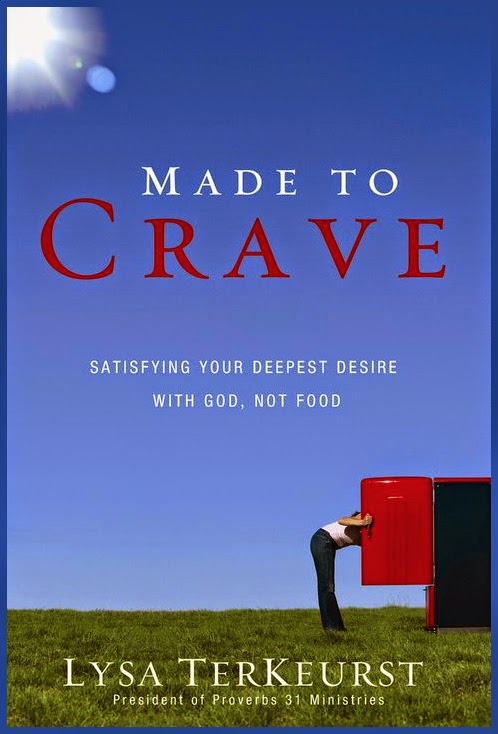 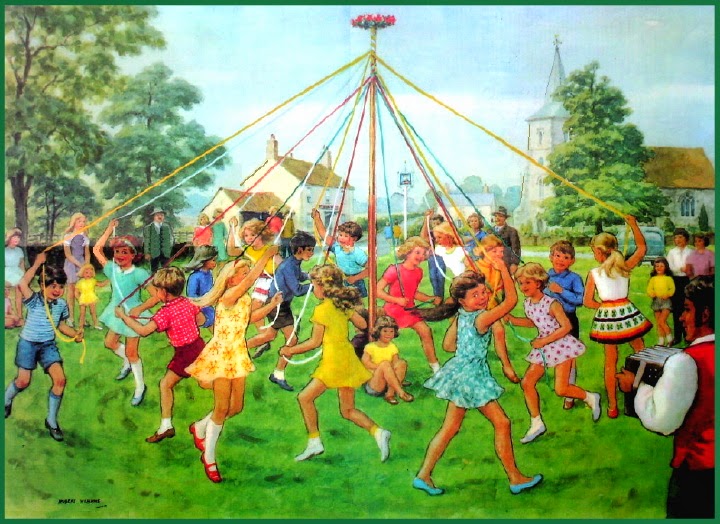 THIS IS MAY DAY 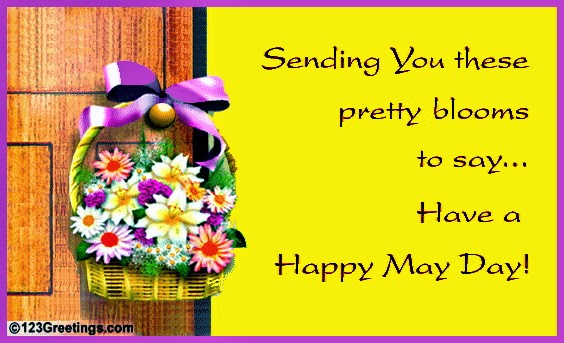 THIS IS ALSO NATIONAL DAY OF PRAYER 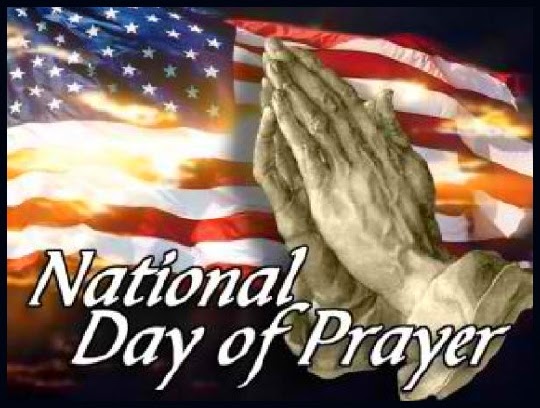 Thank you for all of your contributions this
week.   They keep us rolling along. You are
indeed an important spoke in the wheel.
When everyone pulls together, it's amazing
what can happen!