ANNA JULIA HAYWOOD COOPER
(1858 - 1964)
African American Educator and Author
Anna J. Cooper was an author, educator,
speaker, and among the leading
intellectuals of her time. Born into slavery
she wrote "A Voice from the South," widely
considered one of the first articulations of
Black feminism. Throughout her long life,
Anna worked for the betterment of African
American women’s lives, which she saw as
the foundation for a more just society for
everyone. Cooper worked at Washington
D.C.’s M Street - now Dunham High School
for nearly 40 years, focusing the all black
high school on preparing students for a
higher education, successfully sending
many students to prestigious universities.

AGATHA TIEGEL HANSON (1873 – 1959)
Educator, Author, and Advocate for the
Deaf Community
Agatha Tiegel Hanson was a teacher, poet,
and advocate for the deaf community.
Unable to hear and blind in one eye from a
childhood illness, she never allowed her
disabilities to hold her back. She came of
age at a time when most deaf people were
denied access to education, and deaf
women especially had few educational
options.  She was admitted to Gallaudet
University, which is still the only college in
America dedicated to the education of deaf
and hard of hearing students.  Graduating
first in her class, her valedictorian speech
argued for the recognition of the intellect
of women, a cause she advocated through-
out her life. 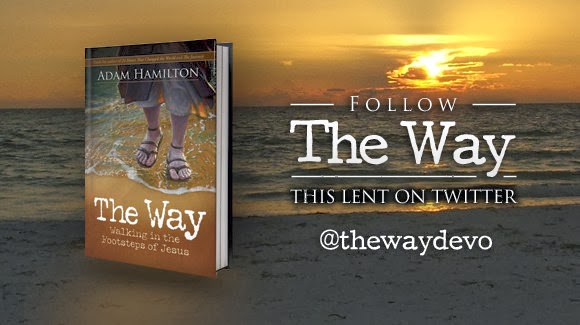 • We are in the Sermon Series based on
Adam Hamilton’s study, THE WAY:
WALKING IN THE FOOTSTEPS OF JESUS 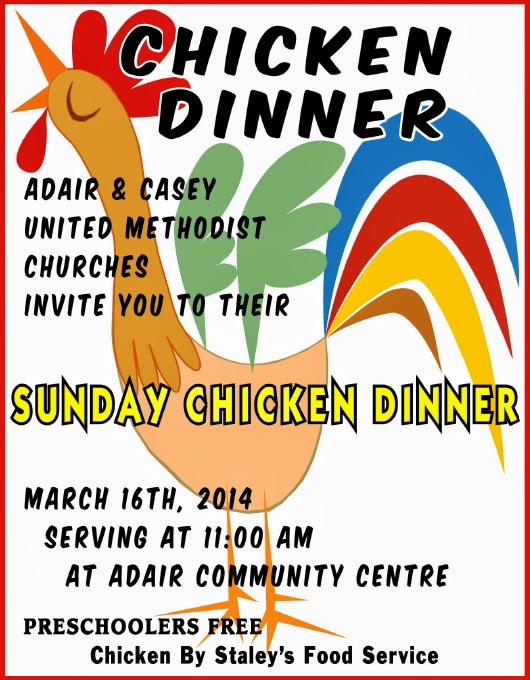 SCRIPTURE READINGS————————————————————
GENESIS 12:1–4
THE MESSAGE (MSG)
In Genesis the call to be born again is the
call to leave everything familiar behind
and begin a new life in some unknown
land far away. This is not a pilgrimage. On
a pilgrimage, one sets out to a new place
or a holy place to learn something and then
return back where one came from with
some new insight for living back home.
Abram’s is to be a permanent relocation,
something far more like the experience of
the millions who have immigrated to other
countries, including the vast majority of the
population of our United States and our own
ancestors.
God initiates a covenant with Abram.
Abram enters it by leaving his country and
family to start over where God leads him.
ABRAM AND SARAI
1 God told Abram: "Leave your country, your
family, and your father's home for a land that
I will show you. 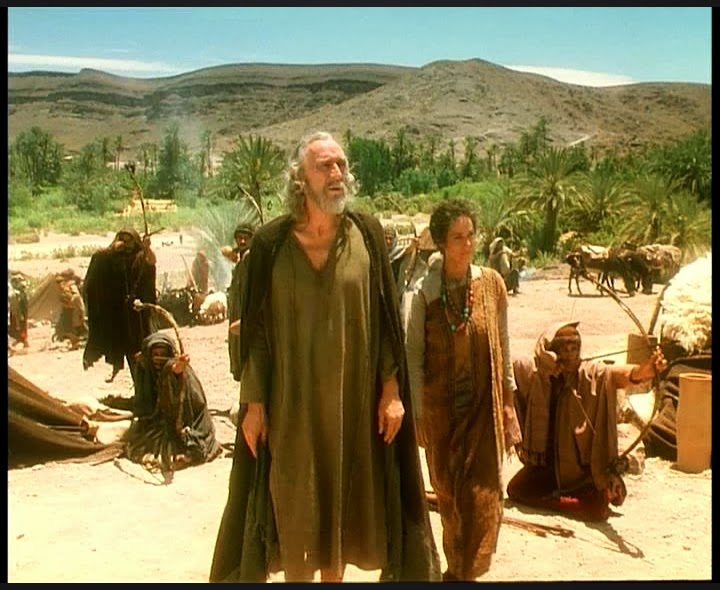 2-3 I'll make you a great nation
and bless you.
I'll make you famous;
you'll be a blessing.
I'll bless those who bless you;
those who curse you I'll curse.
All the families of the Earth
will be blessed through you."
4-6 So Abram left just as God said, and Lot
left with him. Abram was seventy-five years
old when he left Haran. Abram took his wife
Sarai and his nephew Lot with him, along
with all the possessions and people they
had gotten in Haran, and set out for the land
of Canaan and arrived safe and sound. 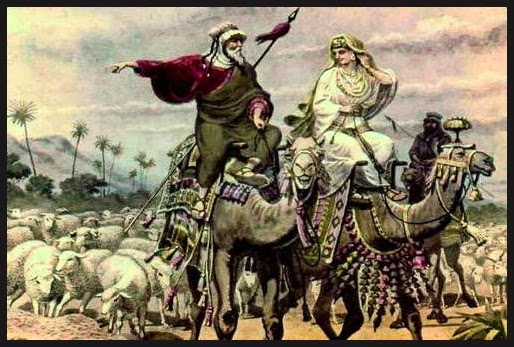 3-4 He won't let you stumble,
your Guardian God won't fall asleep.
Not on your life! Israel's
Guardian will never doze or sleep.

5-6 God's your Guardian,
right at your side to protect you—
Shielding you from sunstroke,
sheltering you from moonstroke.

7-8 God guards you from every evil,
he guards your very life.
He guards you when you leave and when
you return,
he guards you now, he guards you
always.
————————————————————
ROMANS 4:1-5, 13-17
THE MESSAGE (MSG)
We are justified by faith and not by works,
even as Abraham’s faith was reckoned to
him as righteousness. Abraham was made
righteous-not because he did good things,
but by a life bent on trusting God.
TRUSTING GOD
1-3 So how do we fit what we know of
Abraham, our first father in the faith, into
this new way of looking at things? If
Abraham, by what he did for God, got God
to approve him, he could certainly have
taken credit for it. But the story we're given
is a God-story, not an Abraham-story. What
we read in Scripture is, "Abraham entered
into what God was doing for him, and that
was the turning point. He trusted God to
set him right instead of trying to be right
on his own."

4-5 If you're a hard worker and do a good
job, you deserve your pay; we don't call
your wages a gift. But if you see that the
job is too big for you, that it's something
only God can do, and you trust him to do
it—you could never do it for yourself no
matter how hard and long you worked—
well, that trusting-him-to-do-it is what gets
you set right with God, by God. Sheer gift.

6-9 David confirms this way of looking at it,
saying that the one who trusts God to do
the putting-everything-right without
insisting on having a say in it is one
fortunate man:
Fortunate those whose crimes are carted
off,
whose sins are wiped clean from the
slate.
Fortunate the person against
whom the Lord does not keep score.

13-15 That famous promise God gave
Abraham—that he and his children would
possess the earth—was not given because
of something Abraham did or would do. It
was based on God's decision to put every-
thing together for him, which Abraham
then entered when he believed. If those
who get what God gives them only get it
by doing everything they are told to do
and filling out all the right forms properly
signed, that eliminates personal trust
completely and turns the promise into an
ironclad contract! That's not a holy
promise; that's a business deal. A contract
drawn up by a hard-nosed lawyer and with
plenty of fine print only makes sure that
you will never be able to collect. But if
there is no contract in the first place,
simply a promise—and God's promise at
that—you can't break it.

16 This is why the fulfillment of God's
promise depends entirely on trusting God
and his way, and then simply embracing
him and what he does. God's promise
arrives as pure gift. That's the only way
everyone can be sure to get in on it, those
who keep the religious traditions and those
who have never heard of them. For
Abraham is father of us all. He is not our
racial father—that's reading the story back-
ward. He is our faith father.

17-18 We call Abraham "father" not
because he got God's attention by living
like a saint, but because God made some-
thing out of Abraham when he was a
nobody. Isn't that what we've always read
in Scripture, God saying to Abraham, "I set
you up as father of many peoples"?
Abraham was first named "father" and then
became a father because he dared to trust
God to do what only God could do: raise
the dead to life, with a word make some-
thing out of nothing. When everything was
hopeless, Abraham believed anyway,
deciding to live not on the basis of what he
saw he couldn't do but on what God said
he would do. And so he was made father
of a multitude of peoples. God himself said
to him, "You're going to have a big family,
Abraham!"
————————————————————
JOHN 3:1–18
THE MESSAGE (MSG)
We see many ways we need God’s saving
help, and the calling to become more than
we can make ourselves. Today, we see
Nicodemus, and the call to be born again.
Nicodemus comes to Jesus in the night.
Jesus tells him, "You must be born again."
Nicodemus could not understand what
Jesus meant by his talk of new birth. So
Jesus changed metaphors.
BORN FROM ABOVE
1-2 There was a man of the Pharisee sect,
Nicodemus, a prominent leader among the
Jews. Late one night he visited Jesus and
said, "Rabbi, we all know you're a teacher
straight from God. No one could do all the
God-pointing, God-revealing acts you do if
God weren't in on it." 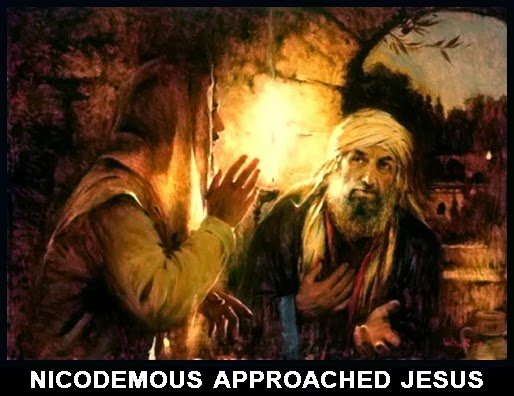 3 Jesus said, "You're absolutely right. Take
it from me: Unless a person is born from
above, it's not possible to see what I'm
pointing to—to God's kingdom."

4 "How can anyone," said Nicodemus, "be
born who has already been born and grown
up? You can't re-enter your mother's womb
and be born again. What are you saying
with this 'born-from-above' talk?"

5-6 Jesus said, "You're not listening. Let
me say it again. Unless a person submits
to this original creation—the 'wind-
hovering-over-the-water' creation, the
invisible moving the visible, a baptism into
a new life—it's not possible to enter God's
kingdom. When you look at a baby, it's just
that: a body you can look at and touch. But
the person who takes shape within is
formed by something you can't see and
touch—the Spirit—and becomes a living
spirit.

7-8 "So don't be so surprised when I tell
you that you have to be 'born from above'—
out of this world, so to speak. You know
well enough how the wind blows this way
and that. You hear it rustling through the
trees, but you have no idea where it comes
from or where it's headed next. That's the
way it is with everyone 'born from above'
by the wind of God, the Spirit of God."

9 Nicodemus asked, "What do you mean
by this? How does this happen?"

10-12 Jesus said, "You're a respected
teacher of Israel and you don't know these
basics? Listen carefully. I'm speaking sober
truth to you. I speak only of what I know by
experience; I give witness only to what I
have seen with my own eyes. There is
nothing secondhand here, no hearsay. Yet
instead of facing the evidence and
accepting it, you procrastinate with
questions. If I tell you things that are plain
as the hand before your face and you don't
believe me, what use is there in telling you
of things you can't see, the things of God?

13-15 "No one has ever gone up into the
presence of God except the One who came
down from that Presence, the Son of Man.
In the same way that Moses lifted the
serpent in the desert so people could have
something to see and then believe, it is
necessary for the Son of Man to be lifted
up—and everyone who looks up to him,
trusting and expectant, will gain a real life,
eternal life.

16-18 "This is how much God loved the
world: He gave his Son, his one and only
Son. And this is why: so that no one need
be destroyed; by believing in him, anyone
can have a whole and lasting life. God
didn't go to all the trouble of sending his
Son merely to point an accusing finger,
telling the world how bad it was. He came
to help, to put the world right again. Any-
one who trusts in him is acquitted; anyone
who refuses to trust him has long since
been under the death sentence without
knowing it. And why? Because of that
person's failure to believe in the one-of-a-
kind Son of God when introduced to him.
≈≈≈≈≈≈≈≈≈≈≈≈≈≈≈≈≈≈≈≈≈≈≈≈≈≈≈≈≈≈≈≈≈≈≈≈≈
MONDAY, MARCH 17th —
THIS IS ST. PATRICK'S DAY! 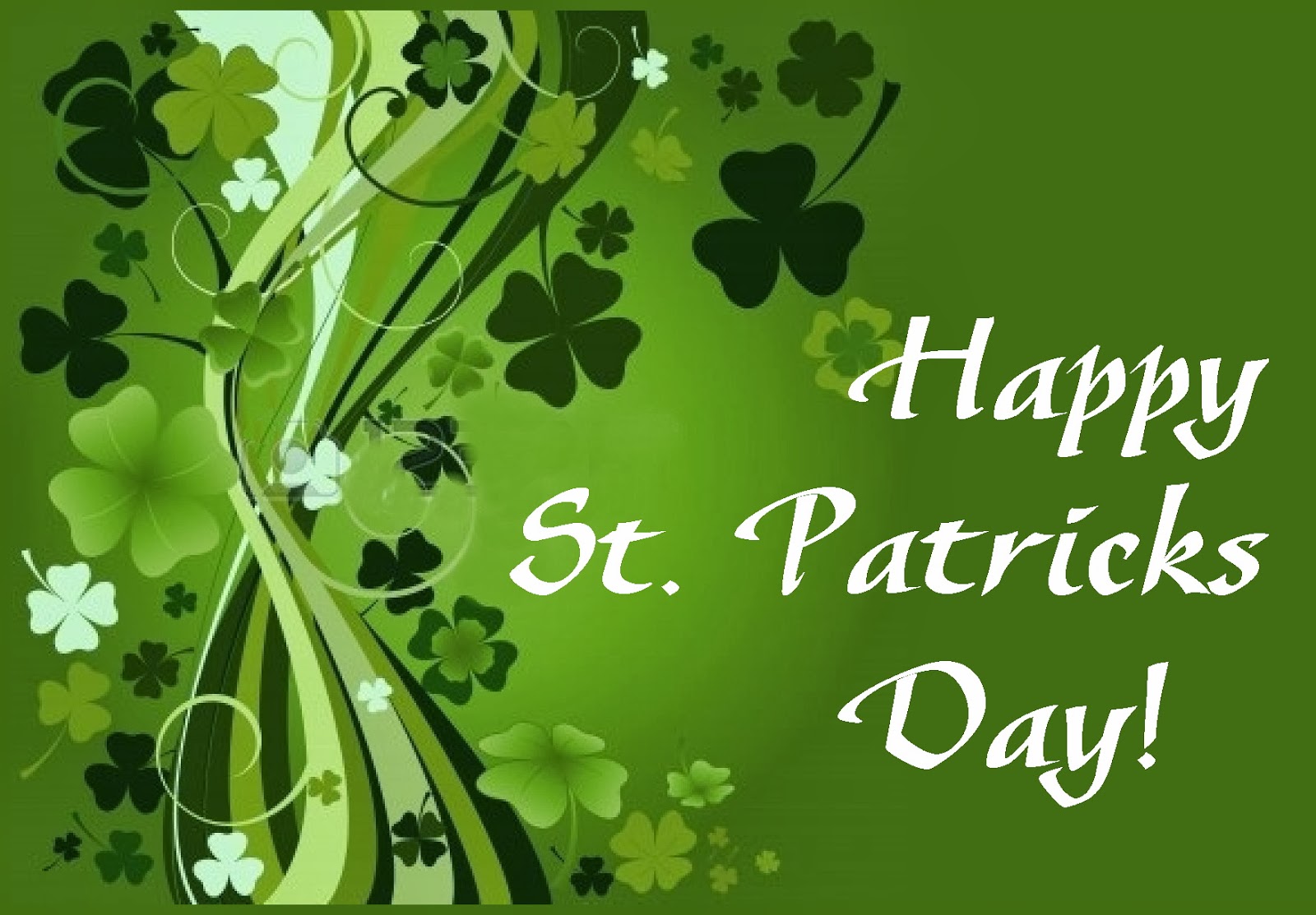 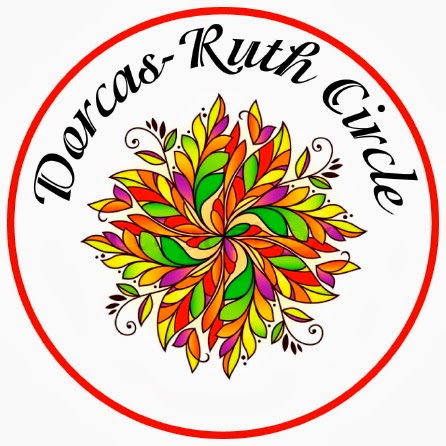 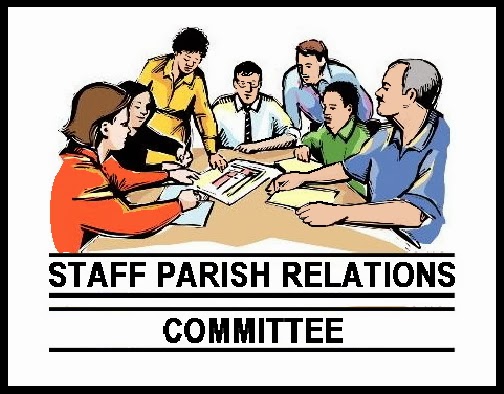 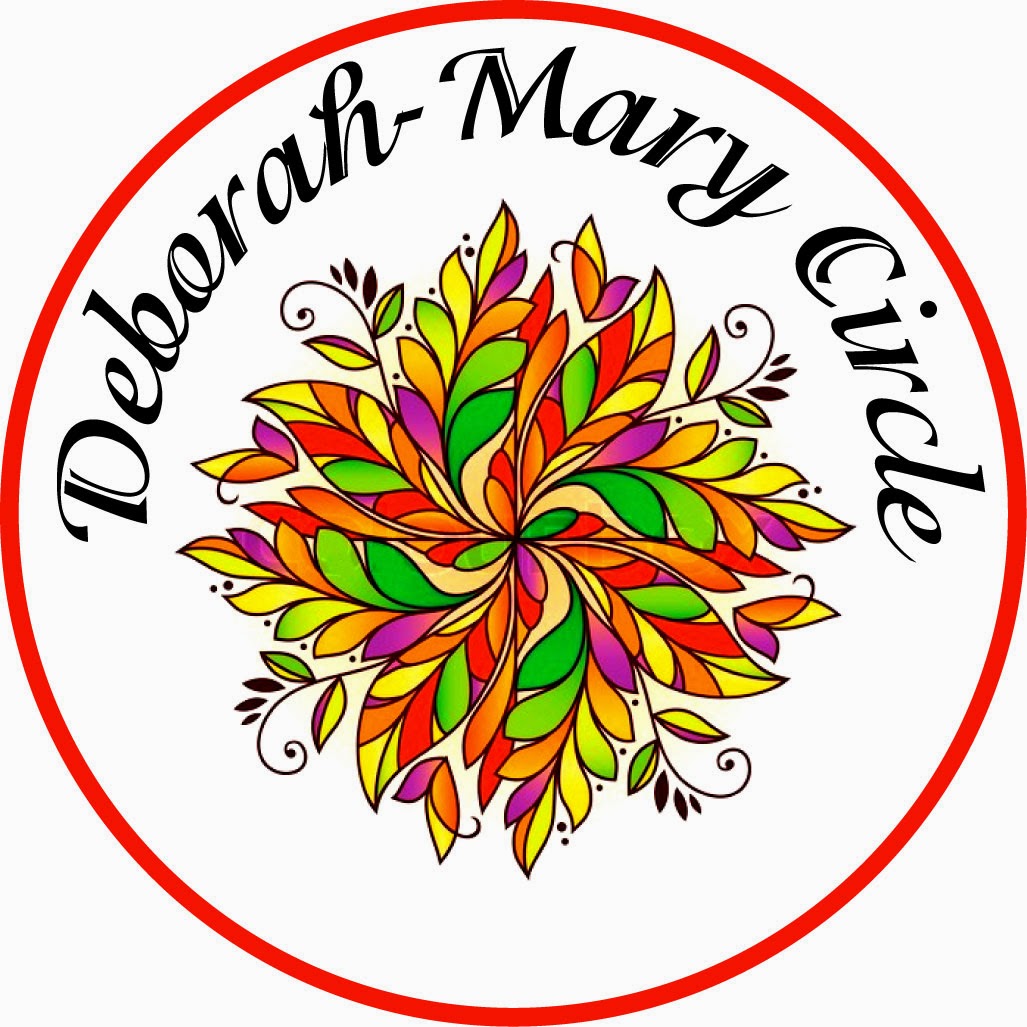 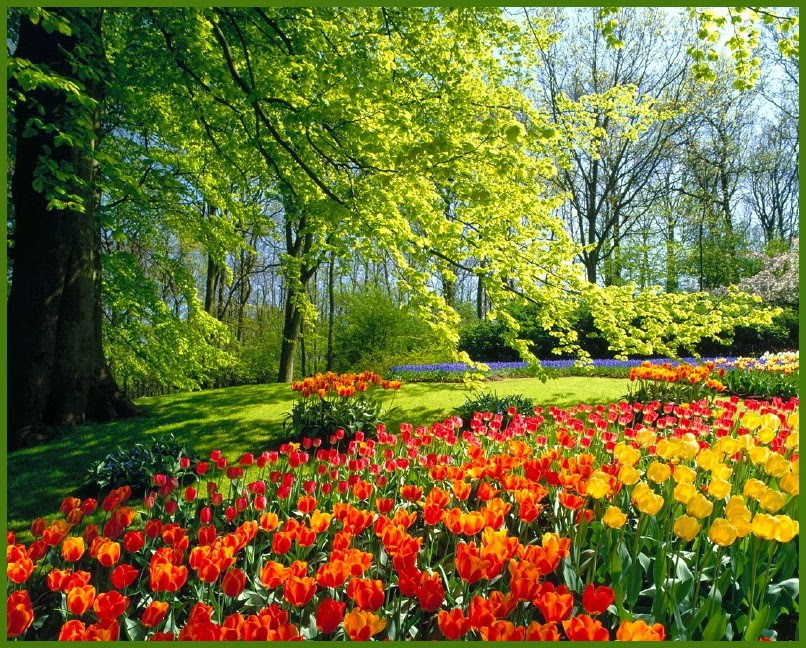 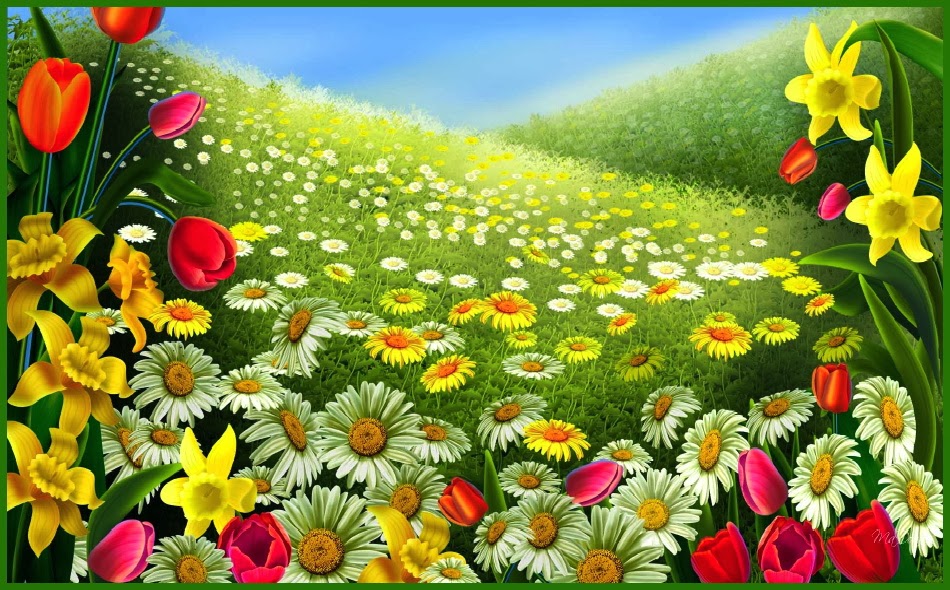 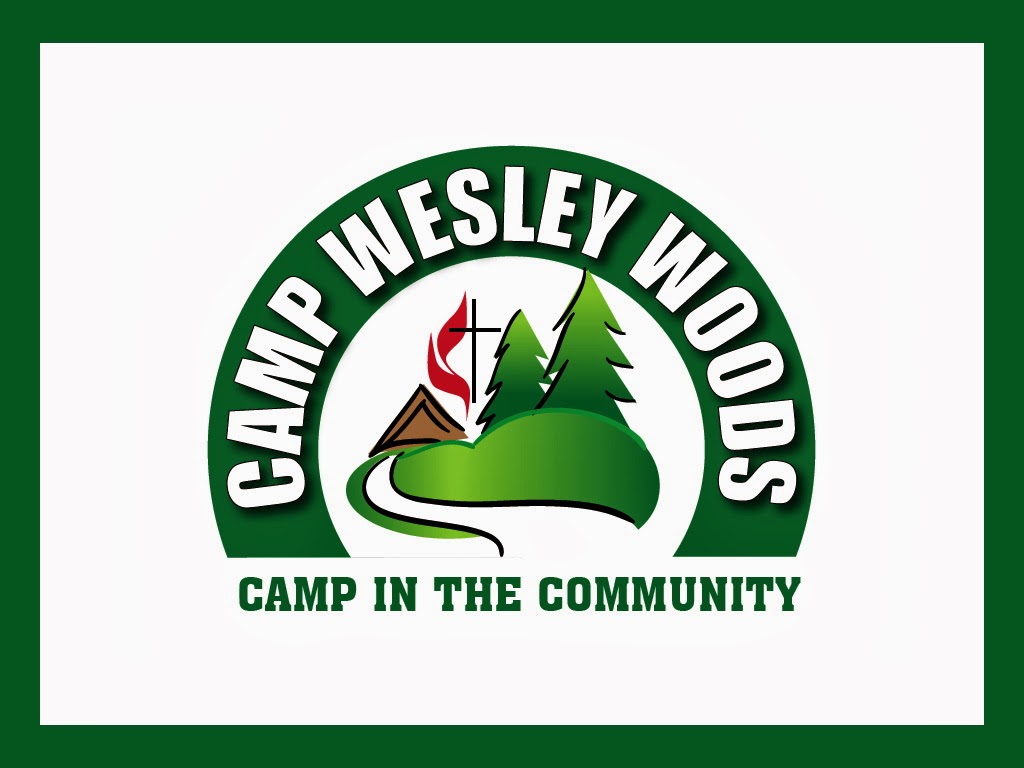 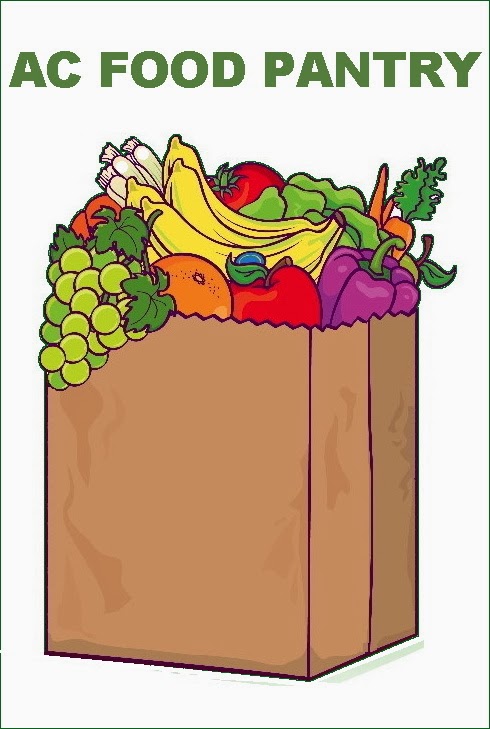 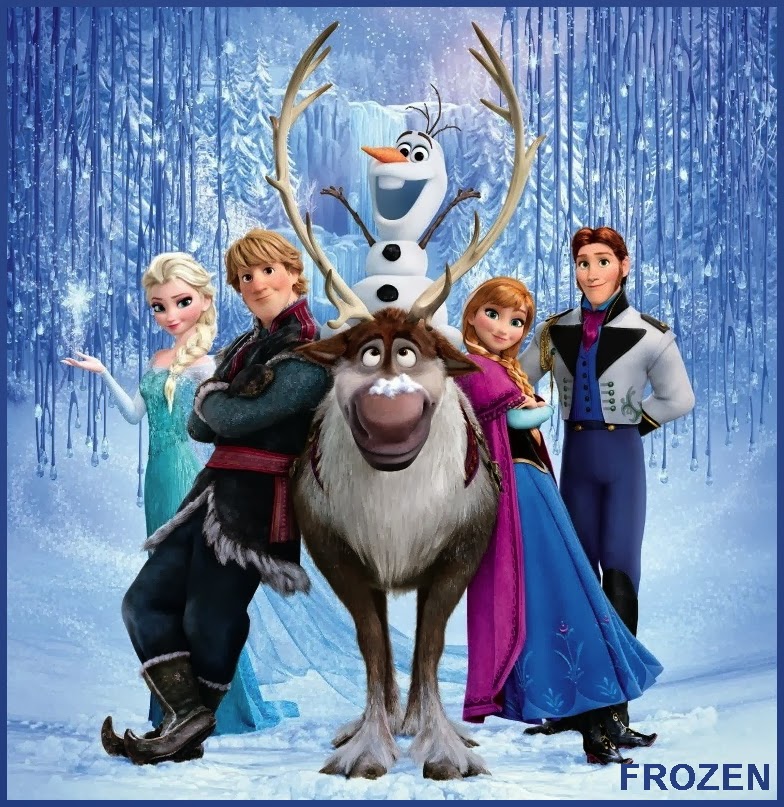 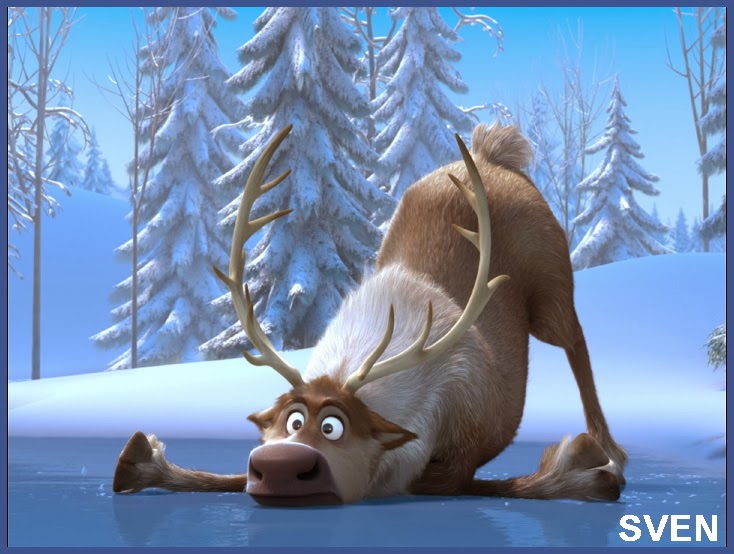 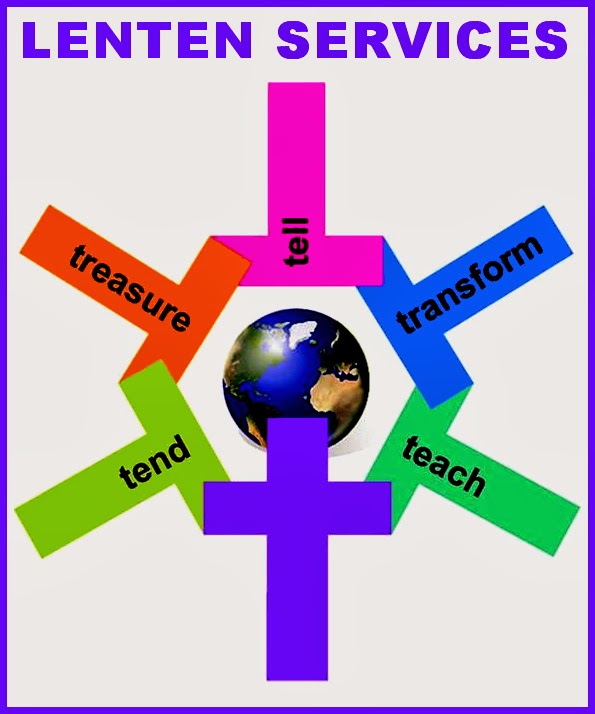