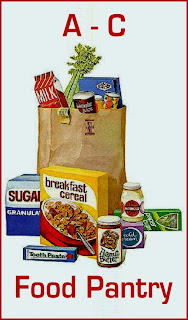 • FOOD PANTRY OPEN AT CASEY U.M.C.
Be sure to direct anyone you think might need
this service.  In 2013 nobody should go hungry! 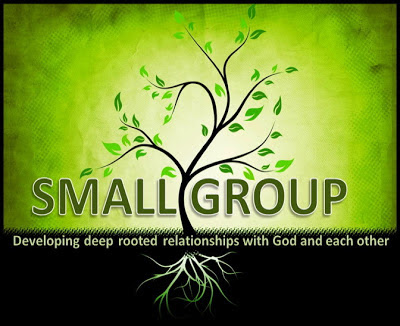 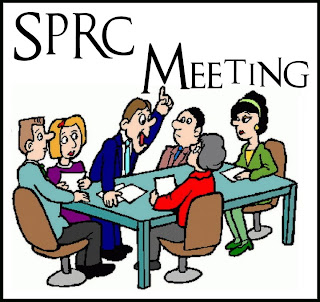 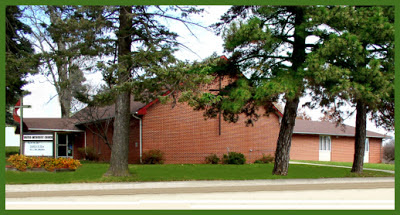 AMOS 7:7-17
THE MESSAGE (MSG)
We shift from the era of Elijah/Elisha to the minor prophets, beginning with Amos, and so from a period and vocation of critiquing the kings to a period announcing the impending destruction and exile.  In this week’s reading, the institutions of the nations have been judged by God’s plumb line and found wanting. It’s too late to "re-align." The only way forward was to raze all of the corrupted buildings to their foundations and start over.  Its religious and political institutions will be destroyed, and the people will enter exile.First of Israel (The Northern Kingdom). Its central palace was burned to the ground. Its political infrastructure was destroyed, completely. From what we can tell, many of its inhabitants were simply butchered by the invading Assyrianarmies, either on site, or en route to exile, or at some point after they arrived in Assyria.  While there remains niche populations scattered across the globe with DNA evidence linking them to the "ten lost tribes," for the most part it seems most of those ten tribes were, indeed, simply lost.  Later came the destruction of Judah (Southern Kingdom).
Amos is a rabble rouser, and perhaps a bit of a madman. Decorum is not among his tools. What is there is truth he hears from God and believes he must tell others openly and publicly. 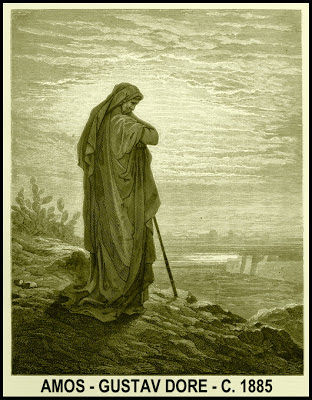 7 God showed me this vision: My Master was
standing beside a wall. In his hand he held a
plumb line.

Then my Master said, "Look what I've done. I've 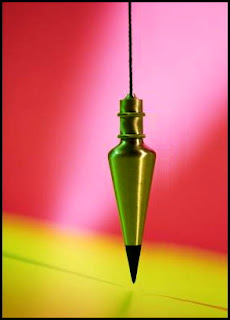 hung a plumb line in the midst of my people
Israel. I've spared them for the last time.
This is it!

"Isaac's sex-and-religion shrines will be
smashed,
Israel's unholy shrines will be knocked to
pieces.
I'm raising my sword against the royal family
of Jeroboam."

10 Amaziah, priest at the shrine at Bethel, sent a
message to Jeroboam, king of Israel: 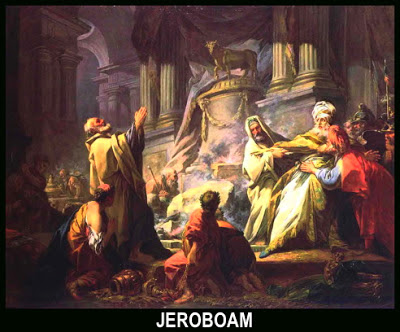 "Amos is plotting to get rid of you; and he's
doing it as an insider, working from within Israel.
His talk will destroy the country. He's got to be
silenced. Do you know what Amos is saying?

11 'Jeroboam will be killed.
Israel is headed for exile.'

12-13 Then Amaziah confronted Amos: "Seer, be
on your way! Get out of here and go back to
Judah where you came from! Hang out there. Do
your preaching there. But no more preaching at
Bethel! Don't show your face here again. This is
the king's chapel. This is a royal shrine."

14-15 But Amos stood up to Amaziah: "I never
set up to be a preacher, never had plans to be a
preacher. I raised cattle and I pruned trees. Then
God took me off the farm and said, 'Go preach
to my people Israel.' 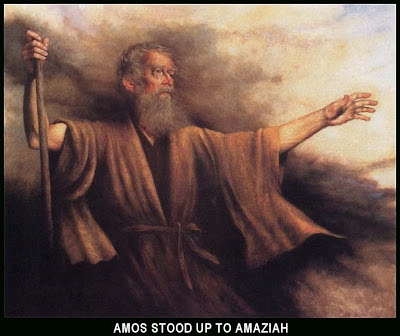 16-17 "So listen to God's Word. You tell me,
'Don't preach to Israel. Don't say anything against
the family of Isaac.' But here's what God is telling
you:

Your wife will become a whore in town.
Your children will get killed.
Your land will be auctioned off.
You will die homeless and friendless.
And Israel will be hauled off to exile, far from
home."
———————————————————————
PSALM 82 (UMH 804)
THE MESSAGE (MSG)
While Amos names the plumb line, this psalm
defines it.
Psalm of Asaph
1 God calls the judges into his courtroom, he
puts all the judges in the dock.

2-4 "Enough! You've corrupted justice long
enough,
you've let the wicked get away with murder.
You're here to defend the defenseless,
to make sure that underdogs get a fair break;
Your job is to stand up for the powerless,
and prosecute all those who exploit them."

6-7 "I commissioned you judges, each one of
you,
deputies of the High God,
But you've betrayed your commission
and now you're stripped of your rank,
busted."

8 O God, give them their just deserts!
You've got the whole world in your hands!
———————————————————————
COLOSSIANS 1:1-14
THE MESSAGE (MSG)
Paul himself had not previously visited or been directly involved in the life of the Christian congregations in Colossae.  His companion Epaphras had done so, but Paul had not.Paul greets these Christians and offers prayers for their deepening growth in faith and understanding.  He gives them more general guidance to stay the course with a sound morality grounded in Christ himself.  Paul expresses his hope that they will "be filled with all the knowledge of God’s will in wisdom and spiritual understanding" so they can "walk worthy of the Lord," and "bear fruit in every
good work." 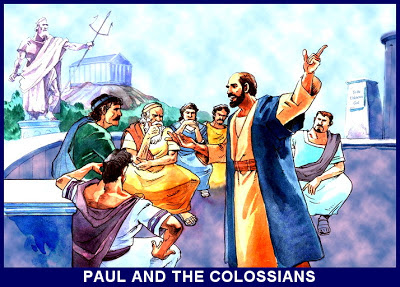 1-2  I, Paul, have been sent on special assignment
by Christ as part of God's master plan. Together
with my friend Timothy, I greet the Christians and
stalwart followers of Christ who live in Colosse.
May everything good from God our Father be
yours!

WORKING IN HIS ORCHARD
3-5 Our prayers for you are always spilling over
into thanksgivings. We can't quit thanking God
our Father and Jesus our Messiah for you! We
keep getting reports on your steady faith in
Christ, our Jesus, and the love you continuously
extend to all Christians. The lines of purpose in
your lives never grow slack, tightly tied as they
are to your future in heaven, kept taut by hope.

5-8 The Message is as true among you today as
when you first heard it. It doesn't diminish or
weaken over time. It's the same all over the world.
The Message bears fruit and gets larger and
stronger, just as it has in you. From the very first
day you heard and recognized the truth of what
God is doing, you've been hungry for more. It's
as vigorous in you now as when you learned it
from our friend and close associate Epaphras.
He is one reliable worker for Christ! I could
always depend on him. He's the one who told us
how thoroughly love had been worked into your
lives by the Spirit.

9-12 Be assured that from the first day we heard
of you, we haven't stopped praying for you,
asking God to give you wise minds and spirits
attuned to his will, and so acquire a thorough
understanding of the ways in which God works.
We pray that you'll live well for the Master,
making him proud of you as you work hard in
his orchard. As you learn more and more how
God works, you will learn how to do your work.
We pray that you'll have the strength to stick it
out over the long haul—not the grim strength of
gritting your teeth but the glory-strength God
gives. It is strength that endures the unendurable
and spills over into joy, thanking the Father who
makes us strong enough to take part in every-
thing bright and beautiful that he has for us.

13-14 God rescued us from dead-end alleys and
dark dungeons. He's set us up in the kingdom of
the Son he loves so much, the Son who got us
out of the pit we were in, got rid of the sins we
were doomed to keep repeating.
———————————————————————
LUKE 10:25-37
THE MESSAGE (MSG)
We continue the story of the ministry of Jesus.The story of the compassionate Samaritan is Jesus' response to a lawyer's question, "Who is my neighbor?" Jesus concludes the story with a different question: "Who was neighbor to the injured man?"Defining "Neighbor"
25 Just then a religion scholar stood up with a
question to test Jesus. "Teacher, what do I need
to do to get eternal life?"

26 He answered, "What's written in God's Law?
How do you interpret it?"

27 He said, "That you love the Lord your God
with all your passion and prayer and muscle
and intelligence—and that you love your
neighbor as well as you do yourself."

29 Looking for a loophole, he asked, "And just
how would you define 'neighbor'?"

30-32 Jesus answered by telling a story. "There
was once a man traveling from Jerusalem to
Jericho. On the way he was attacked by robbers.
They took his clothes, beat him up, and went off
leaving him half-dead. Luckily, a priest was on
his way down the same road, but when he saw
him he angled across to the other side. Then a
Levite religious man showed up; he also avoided
the injured man.

33-35 "A Samaritan traveling the road came on
him. When he saw the man's condition, his heart
went out to him. He gave him first aid,
disinfecting and bandaging his wounds. Then he
lifted him onto his donkey, led him to an inn, and
made him comfortable. In the morning he took
out two silver coins and gave them to the inn
keeper, saying, 'Take good care of him. If it costs
any more, put it on my bill—I'll pay you on my
way back.'

36 "What do you think? Which of the three
became a neighbor to the man attacked by
robbers?"

37 "The one who treated him kindly," the religion
scholar responded. 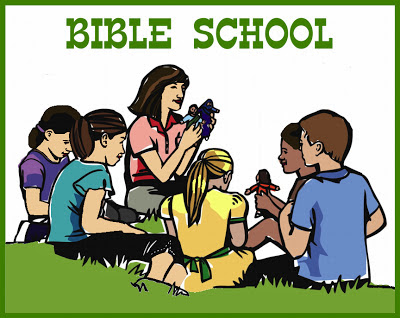 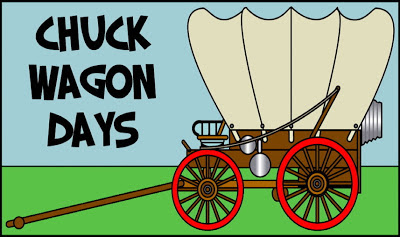 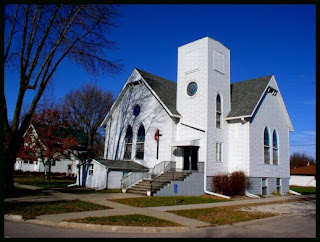 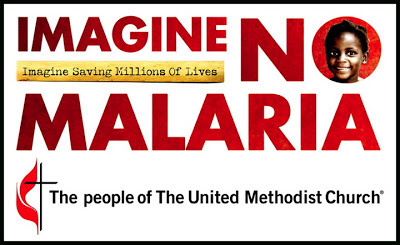 At the community level, UMCOR works to
eliminate stagnant water and trash around
people’s homes.  With your help, we are able to
provide training, free or low cost medications,
consultations, indoor spraying, and insecticide
treated nets for individuals and families. United
Methodists are part of the worldwide effort to
eradicate this disease by the year 2015.  UMC
has raised more than $9 million to send life
saving insecticide treated mosquito nets to
Africa and to join the global fight to prevent
any more unnecessary deaths from malaria.
≈≈≈≈≈≈≈≈≈≈≈≈≈≈≈≈≈≈≈≈≈≈≈≈≈≈≈≈≈≈≈≈≈≈≈≈≈≈≈≈≈≈
WEDNESDAY, JULY 31ST — 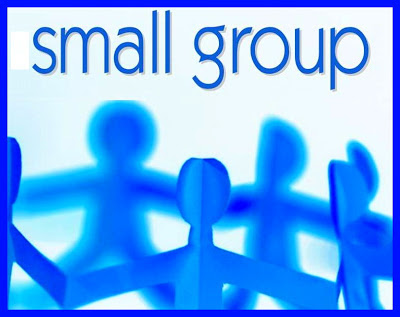 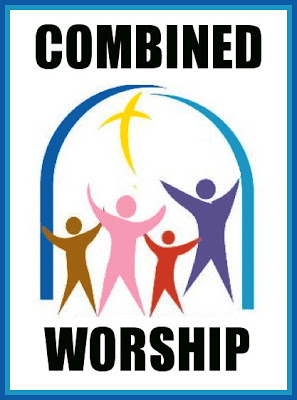 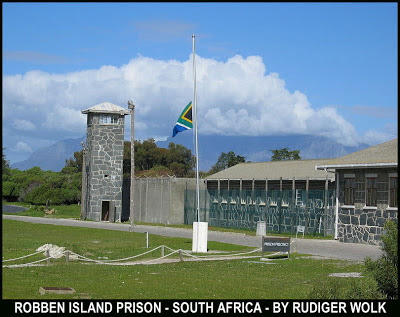 ROBBEN ISLAND PRISON
Mr. Ahmed Kathrada has led many tours through
the prison on Robben Island, off the coast of
Africa, near Cape Town.

Mr. Kathrada, 83, also shows visitors the sign
listing the different amounts of sugar, coffee,
soup and other foods that South Africa’s prison
system had apportioned to inmates, according
to their race. There were blacks, mixed-race
inmates, known as coloreds, Indians, and
whites.  There was always discrimination and
segregation in everything.

Because of Mr. Kathrada's Indian ancestry, as
an inmate he was given long pants and socks.
He was able to attain four University degrees
because his family had money.  One of his
fellow inmates, Nelson Mandela, as a black
man, received short pants and no socks.

During the rocky transition to democracy, many
South Africans drew faith from the former
Robben Island prisoners’ dedication to their
cause.  Against the longest odds, they always
kept their confidence in eventual triumph.

Mr. Kathrada was 34 when he, Mr. Mandela and
six other anti-apartheid leaders were sentenced
to a life of hard labor in the quarry of Robben
Island, apartheid’s most infamous island prison.
They were moved after 18 years, and released
after 27 years.  “The 1960s were the worst period,
inside and outside of jail,” he said, “but the
optimism never left us.
We always knew we were going to win.”

“We had it better than our friends on the
outside.” Mr. Kathrada said.  “In the Soweto
uprising of 1976, we are told, 600 kids were
killed — tortured to death, shot, assassinated.
In here, we were safe.”

“For all its historic triumph, the African National
Congress faces a staggering set of problems
today. Poverty, hunger, disease, unemployment,
children with no schools, street children who
have no homes, AIDS orphans, thousands and
thousands of them,”  Mr. Kathrada said.
— by Rick Lyman, New York Times
≈≈≈≈≈≈≈≈≈≈≈≈≈≈≈≈≈≈≈≈≈≈≈≈≈≈≈≈≈≈≈≈≈≈≈≈≈≈≈≈≈≈
SIDEBAR ABOUT NELSON MANDELA —
— Wikipedia
Both of his parents were illiterate, but being a
devout Christian, his mother sent him to a local
Methodist school when he was about seven
years old. Baptized a Methodist, Mandela was
given the English forename of "Nelson" by his
teacher . . . . . I'm just sayin' . . . . .