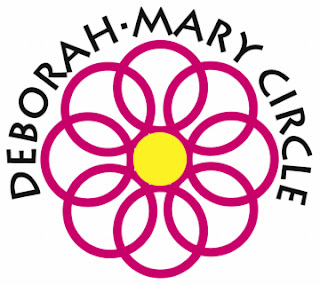 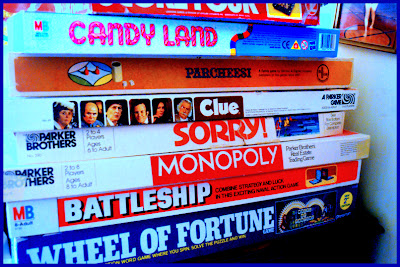 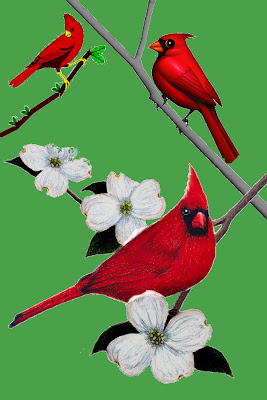 ———————————————————————SCRIPTURE READINGSGENESIS 15:1-18THE MESSAGE (MSG)
God establishes a covenant with Abram to make him a "father of many nations." The Hebrew phrase for "making a covenant" is "berith kathav" - literally, "I cut a covenant." Cutting a covenant generally involved the literal "cutting" of one or more animals and passing between the cut animal pieces as a sign that should the promises made be violated, the same fate would befall the one who defaults.
GENESIS 15:1-12
1 After all these things, this word of God came to Abram in a vision: "Don't be afraid, Abram. I'm your shield. Your reward will be grand!"
2-3 Abram said, "God, Master, what use are your gifts as long as I'm childless and Eliezer of Damascus is going to inherit everything?" Abram continued, "See, you've given me no children, and now a mere house servant is going to get it all."
4 Then God's Message came: "Don't worry, he won't be your heir; a son from your body will be your heir."5 Then he took him outside and said, "Look at the sky. Count the stars. Can you do it? Count your descendants! You're going to have a big family, Abram!" 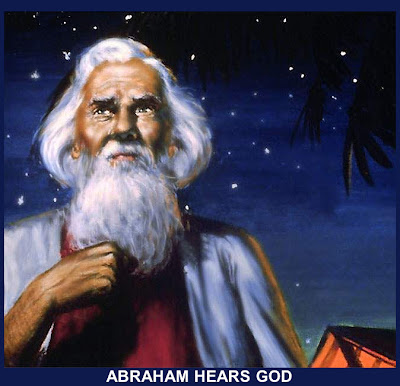 6 And he believed! Believed God! God declared him "Set-Right-with-God."7 God continued, "I'm the same God who brought you from Ur of the Chaldees and gave you this land to own."8 Abram said, "Master God, how am I to know this, that it will all be mine?"9 God said, "Bring me a heifer, a goat, and a ram, each three years old, and a dove and a young pigeon."10-12 He brought all these animals to him, split them down the middle, and laid the halves opposite each other. But he didn't split the birds. Vultures swooped down on the carcasses, but Abram scared them off. As the sun went down a deep sleep overcame Abram and then a sense of dread, dark and heavy.GENESIS 17-21
17-21 When the sun was down and it was dark, a smoking firepot and a flaming torch moved between the split carcasses. That's when God made a covenant with Abram: "I'm giving this land to your children, from the Nile River in Egypt to the River Euphrates in Assyria—the country of the Kenites, Kenizzites, Kadmonites, Hittites, Perizzites, Rephaim, Amorites, Canaanites, Girgashites, and Jebusites." ———————————————————————PSALM 27 (UMH 758)THE MESSAGE (MSG)When we embrace the covenant God makes 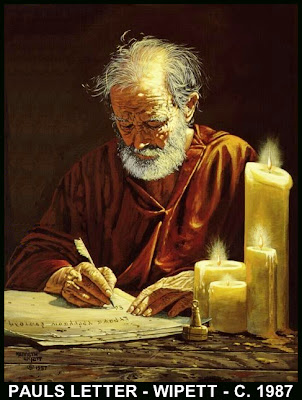 17-19 Stick with me, friends. Keep track of those you see running this same course, headed for this same goal. There are many out there taking other paths, choosing other goals, and trying to get you to go along with them. I've warned you of them many times; sadly, I'm having to do it again. All they want is easy street. They hate Christ's Cross. But easy street is a dead-end street. Those who live there make their bellies their gods; belches are their praise; all they can think of is their appetites. 20-21 But there's far more to life for us. We're citizens of high heaven! We're waiting the arrival of the Savior, the Master, Jesus Christ, who will transform our earthy bodies into glorious bodies like his own. He'll make us beautiful and whole with the same powerful skill by which he is putting everything as it should be, under and around him.PHILIPPIANS 4
1 My dear, dear friends! I love you so much. I do want the very best for you. You make me feel such joy, fill me with such pride. Don't waver. Stay on track, steady in God. ———————————————————————LUKE 13:31-35THE MESSAGE (MSG)Jesus laments over the resistance of "Jerusalem" to the word of God.  As a "character," Jerusalem represents a form of institutional power and authority that establishes and defends standards for God's people and silences or marginalizes all who criticize it or offer a different way — as had the prophets and as did Jesus.  Jesus does not just "feel for" Jerusalem. He acts for Jerusalem and Galilee, precisely in the face of the reality that such action can lead to his own suffering and death.
31 Just then some Pharisees came up and said, "Run for your life! Herod's on the hunt. He's out to kill you!" 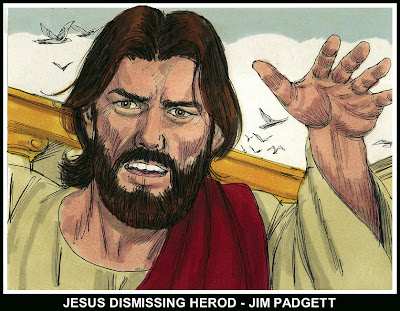 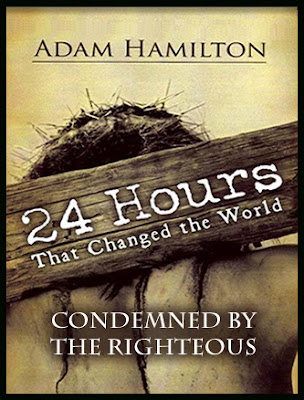 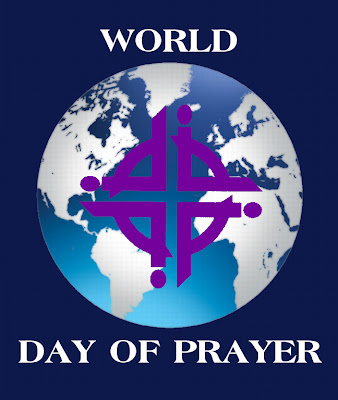 World Day of Prayer is a worldwide movement of
Christian women of many traditions who come
together to observe a common day of prayer
each year.  It is a movement carried out by
women in more than 170 countries and regions.
• The 2013 host country for this global annual
event is France.
Through World Day of Prayer, women affirm that
prayer and action are inseparable and that both
have immeasurable influence in the world. ≈≈≈≈≈≈≈≈≈≈≈≈≈≈≈≈≈≈≈≈≈≈≈≈≈≈≈≈≈≈≈≈≈≈≈≈≈≈≈≈≈≈
SATURDAY, MARCH 2ND —
MOVIE NIGHT IN CASEY LIBRARY @ 6:30 P.M.
This movie is a new one; “Argo”by Ben Affleck.
A true story about an escape from Iran: A
Canadian escapade.  I hear it's really good. 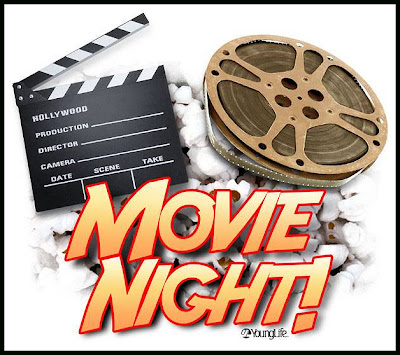 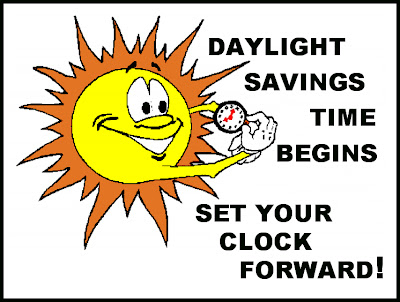 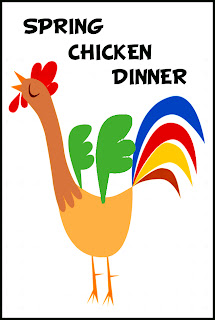 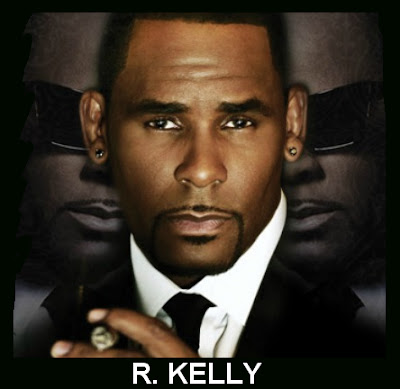 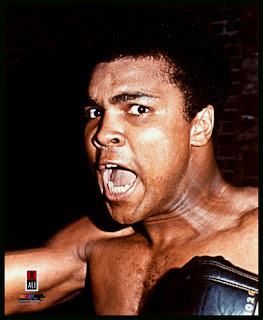 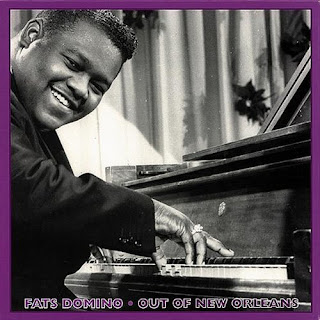 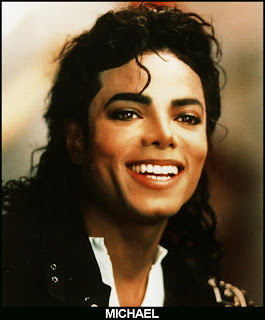