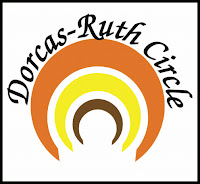 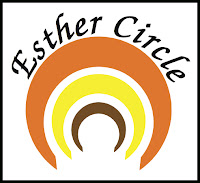 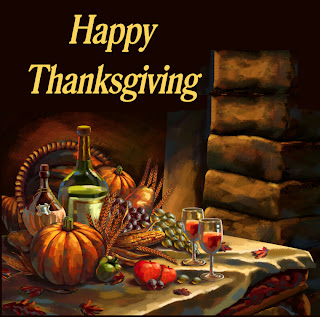 The area surrounding the site of the first
Thanksgiving, now known as southeastern
Massachusetts and eastern Rhode Island had
been the home of the Wampanoag people for
over 12,000 years, and had been visited by other
European settlers before the arrival of the
Mayflower. The native people knew the land well
and had fished, hunted, and harvested for
thousands of generations. 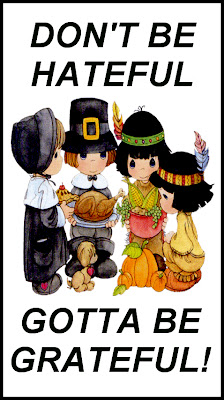 The people who comprised the Plymouth Colony
were a group of English Protestants who wanted
to break away from the Church of England. These
‘separatists’ initially moved to Holland and after
12 years of financial problems, they received
funding from English merchants to sail across
the Atlantic to settle in a ‘New World.' 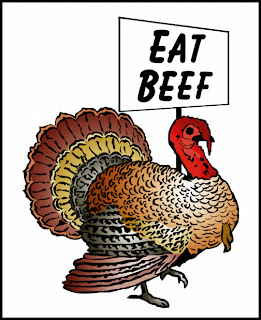 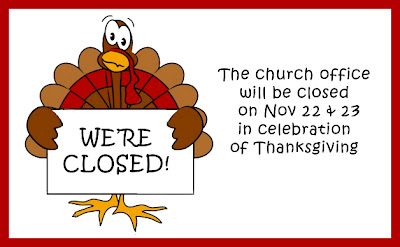 THIS WILL BE THE HANGING OF THE GREENS
SERVICE 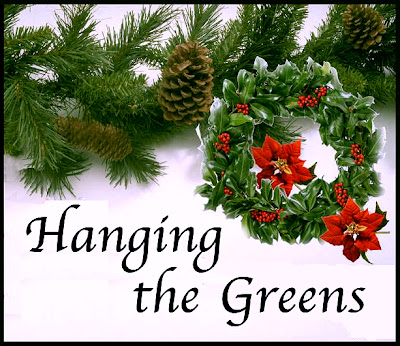 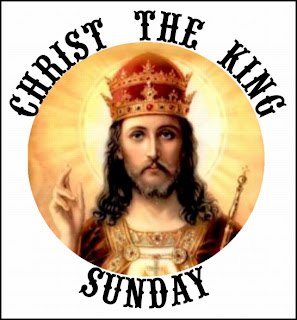 of the Lord" with what happens when "the
godless" are in charge. One who rules justly
makes the whole world inviting and beautiful,
like morning light on the dewy grass. Those
who rule unjustly make the world hostile,
undesirable, like thorns one only dares touch
with tools to transfer them to a burn pile. 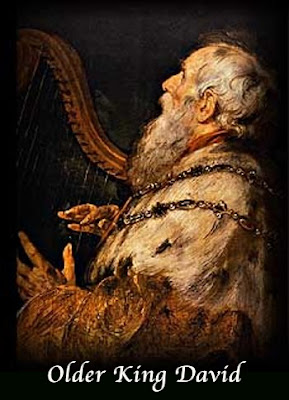 DAVID'S LAST WORDS
1 Here are David's last words. He said,
"I am David, the son of Jesse. God has given
me a message.
The Most High God has greatly honored me.
The God of Jacob anointed me as king.
I am Israel's singer of songs.
2 "The Spirit of the Lord spoke through me.
I spoke his word with my tongue.
3 The God of Israel spoke.
The Rock of Israel said to me,
'A king must rule over people in a way that is
right.
He must have respect for me when he rules.
4 Then he will be like the light of morning at
sunrise
when there aren't any clouds.
He will be like the bright sun after rain
that makes the grass grow on the earth.'
5 "Isn't my royal family right with God?
Hasn't he made a covenant with me that will
last forever?
Every part of it was well prepared and made
secure.
Won't he save me completely?
Won't he give me everything I long for?
6 But evil people are like thorns that are thrown
away.
You can't pick them up with your hands.
7 Even if you touch them,
you must use an iron tool or a spear.
Thorns are burned up right where they are."
———————————————————————
PSALM 132:1-12, 13-18 (UMH 849)
† New International Reader's Version (NIRV)
A plea to God to remember David's devotion in wishing to build a temple for God and God's promise to sustain David's line if his descendants kept God's covenant.A song for those who go up to Jerusalem to
worship the Lord.
1 Lord, remember David
and all of the hard times he went through.
2 Lord, he took an oath.
Mighty One of Jacob, he made a promise
to you.
3 He said, "I won't enter my house
or go to bed.
4 I won't let my eyes sleep.
I won't close my eyelids
5 until I find a place for the Lord.
I want to build a house for the Mighty One
of Jacob."
6 Here are the words we heard in Ephrathah.
We heard them again in the fields of Kiriath
Jearim.
7 "Let us go to the Lord's house.
Let us worship at his feet.
8 Lord, rise up and come to your resting place.
Come in together with the ark. It's the sign of
your power.
9 May your priests put on godliness as if it were
their clothes.
May your faithful people sing with joy."
10 In honor of your servant David,
don't turn your back on your anointed king.
11 The Lord took an oath and made a promise
to David.
It is a firm promise that he will never break.
He said, "After you die,
I will place one of your own sons on your
throne.
12 If your sons keep my covenant
and the laws I teach them,
then their sons will sit
on your throne for ever and ever."
13 The Lord has chosen Zion.
That's the place where he wants to live.
14 He has said, "This will be my resting place
for ever and ever.
Here I will sit on my throne, because that's
what I want.
15 I will greatly bless Zion with everything it
needs.
I will give plenty of food to the poor people
living there.
16 I will put salvation on its priests as if it were
their clothes.
God's faithful people always sing with joy.
17 "Here in Jerusalem I will raise up a mighty
king from the family of David.
I will set up the lamp of David's kingdom for
my anointed king.
Its flame will burn brightly forever.
18 I will put shame on his enemies as if it were
their clothes.
But the royal crown he wears will shine with
glory."
———————————————————————
REVELATION 1:4-8
† New International Reader's Version (NIRV)
"Grace to you from the one who was, and is and is to come, and from the seven spirits . . . and from Jesus Christ, the firstborn of the dead, and the ruler of the kings of the earth."The one who is "ruler of the kings of the earth" is the very one who both freed us from our sins in his blood and who now empowers us to be a kingdom of priests in service to God. The idea of "primal king" who frees one group of people from bondage to another would have been only normal or even expected in the ancient world. That this same king would do so at the cost of his own blood, and then decree that all people so liberated were now priests in a new kingdom— that was unheard of! • It is important to remember these words were written to and first read aloud by a few, small and struggling first-century Christian communities in Eastern Turkey.  They were  facing persecution and the threat of death  because they proclaimed the sole  Lordship of Jesus. 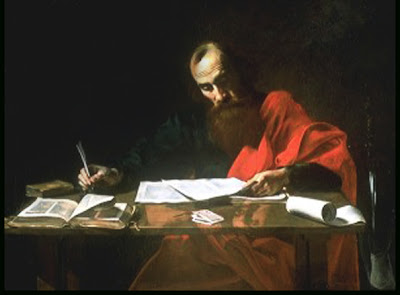 GREETINGS —
4 I, John, am writing this letter.
I am sending it to the seven churches in Asia
Minor.
May grace and peace come to you from the One
who is, and who was, and who will come.
May grace and peace come to you from the
seven spirits who are in front of God's throne.
5 May grace and peace come to you from Jesus
Christ. What Jesus gives witness to can
always be trusted. He was the first to rise
from the dead. He rules over the kings of the
earth.
Give glory and power to the One who loves us!
He has set us free from our sins by pouring
out his blood for us.
6 He has made us members of his royal family.
He has made us priests who serve his God
and Father. Give him glory and power for
ever and ever! Amen.
7 Look! He is coming with the clouds!
Every eye will see him.
Even those who pierced him will see him.
All the nations of the earth will be sad
because of him.
This will really happen! Amen.
8 "I am the Alpha and the Omega, the First and
the Last," says the Lord God. "I am the One
who is, and who was, and who will come.
I am the Mighty One."
———————————————————————
JOHN 18:33-37
† New International Reader's Version (NIRV)
Jesus answers the charge that some call him "King of the Jews".  Jesus states it not once, but twice in verse 36: "My kingdom is not from this world," "My kingdom is not from here." As proof of this, Jesus notes that if his kingdom were from this world, his followers would be fighting to keep Jesus from being handed over to the authorities.The Reign of Jesus does not cause his followers to fight to preserve him or themselves. As we see at the arrest in the garden (John 18:1-11),  disciples were perfectly willing to fight, and Simon was even armed with a sword which he used against a slave of the high priest. Jesus, however, rebuked Peter for this. "Put your sword back into its sheath!" he said. King Jesus will not rule or allow himself to be defended by violent means.This brings us to a word about Christ's kingship that may be even more difficult for some in Western cultures to hear: Truth. As Pilate called him "king," Jesus claims his purpose is to bear witness to the Truth.Pilate's truth was thus always a strategy game, its contours and sometimes its essence shifting with the winds of power.  The Truth of Jesus,  truth of God's reign, however, is unchanging.
33 Then Pilate went back inside the palace. He
ordered Jesus to be brought to him. Pilate asked
him, "Are you the king of the Jews?" 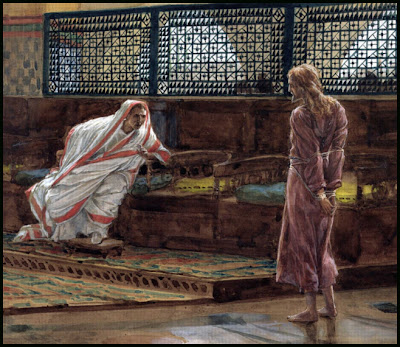 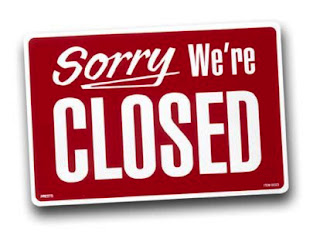 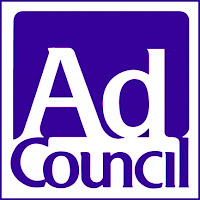 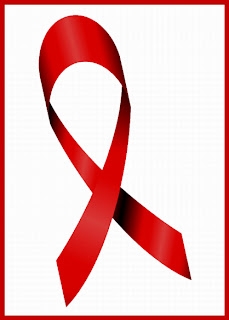 A simple red ribbon is one of the most widely
recognized symbols of HIV and AIDS.
World AIDS Days has the theme of "Getting to
zero: zero new HIV infections. Zero AIDS related
deaths".  Zero discrimination. This will be our
focus until 2015. 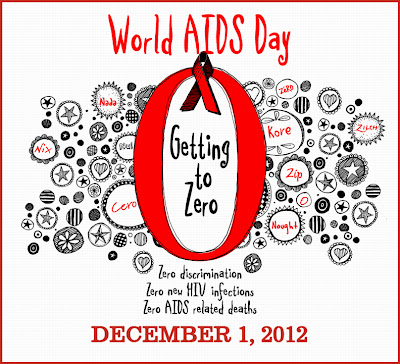 This summer we learned from the International
AIDS Conference that after thirty years of
tenacious community advocacy, action and
involvement, the world may witness a prospect
unthinkable a few short years ago:
The possibility of beginning to slow the AIDS
pandemic in our lifetimes.
— World Health Organization
≈≈≈≈≈≈≈≈≈≈≈≈≈≈≈≈≈≈≈≈≈≈≈≈≈≈≈≈≈≈≈≈≈≈≈≈≈≈≈≈≈≈