OUR WEEK-SEPTEMBER 30 TO OCTOBER 6TH

I would like to apologize in advance for any
elements that are misplaced or do not look
right.  They changed the format on me and it
was a struggle trying to get everything placed.
There are some things I am no longer allowed
to do; in time I hope I will learn to live with it.
Thank you for your patience. 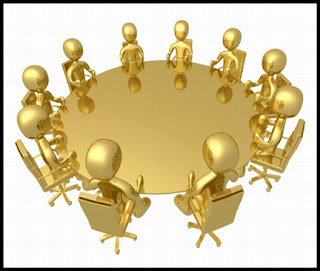 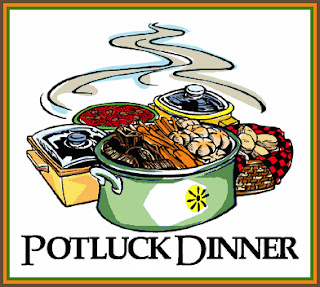 ESTHER 7:1-6, 9-10; 9:20-22
† New International Reader's Version (NIRV)
• At first glance, the book of Esther may not seem to be categorized as wisdom literature at all. It is not written in poetry. It never mentions God. It reads more like a short story or brief history.
• Esther certainly isn't like the examples we have seen (Song of Solomon and Proverbs). Nor is it much like the example of "wisdom drama" we will spend the next several weeks exploring (Job). But it is no less an example of wisdom literature in that its purpose is to help illumine the origins and significance of – or the wisdom behind - a significant feast day in the life of the people, a feast day called Purim. It was also written as the chief "meditation" for the worship of that day, and, as it developed, the next day as well.• Esther is a story of genocide (mass murder) averted. Haman had "cast lots" (Purim, in Hebrew) against the Jewish people in Persia, but because of Esther's courageous leadership, his efforts were ended and even reversed. ("If it had not been for the Lord on our side" from Psalm 124 is the perfect Psalm response for this reading!)• In Esther, genocide was averted. Today however, genocide still continues. Sometimes it is targeted against people of a particular type (women, children, religious groups, sexual minorities, or persons of different family or tribal heritage). Sometimes, it is against a whole people by the government to stop or reverse calls for the leaders to leave office, as some say today about Syria. Sometimes, it is simply about asserting power over land and resources, as we are seeing at the border of Sudan and South Sudan, and, tragically, once again in the North and South Kivu regions of the Democratic Republic of Congo along the border with Rwanda. The US State Department's Religious Freedom Reports provide reliable evidence about the countries where religious and ethnic groups continue to be singled out by national policy. Esther advocates to the king for her life and the lives of her people. Haman is executed on the gallows he had prepared for Mordecai. These stories are background for the feast of Purim. • The Jewish festival of Purim celebrates not vengeance against Haman (which would only perpetuate rather than end the cycle of oppression and violence), but rather God's undoing of oppression and vengeance.
• Esther is a blatantly political book. As already noted, the book makes no direct reference to God. Though some Christians call for their congregations to "stay out of politics," there is simply no way to avoid the blatantly political nature of this book without radically misinterpreting it.

ESTHER 7:1-6
† New International Reader's Version (NIRV)
HAMAN IS PUT TO DEATH
1 So the king and Haman went to dine with Queen Esther.
2 They were drinking wine on the second day. The king again asked, "What do you want, Queen Esther? I'll give it to you. What do you want me to do for you? I'll even give you up to half of my kingdom."
3 Then Queen Esther answered, "King Xerxes, I hope you will show me your favor. I hope you will be pleased to let me live. That's what I want. Please spare my people. That's my appeal to you.
4 "My people and I have been sold to be destroyed. We've been sold to be killed and wiped out. Suppose we had only been sold as male and female slaves. Then I wouldn't have said anything. That kind of suffering wouldn't be a good enough reason to bother you."
5 King Xerxes asked Queen Esther, "Who is the man who has dared to do such a thing? And where is he?"
6 Esther said, "The man hates us! He's our enemy! He's this evil Haman!"
Then Haman was terrified in front of the king and queen. 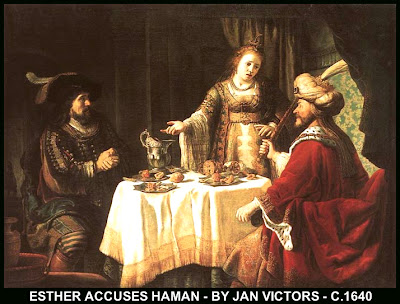 ESTHER 7:9-10
New International Reader's Version (NIRV)
9 Then Harbona said, "There's a pole standing near Haman's house. He has gotten it ready for Mordecai. Mordecai is the one who spoke up to help you. Haman had planned to have him put to death. He was going to have the pole stuck through his body. Then he was going to set it up at a place where it would be 75 feet above the ground." Harbona was one of the officials who attended the king. 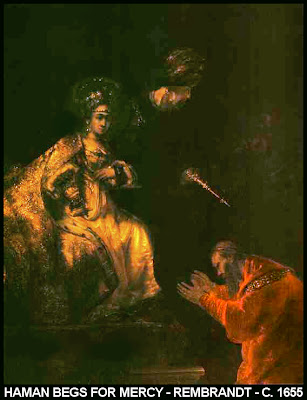 The king said to his men, "Put Haman to death! Stick the pole through his body! Set it up where everyone can see it!"
10 So they did. And they used the pole Haman had gotten ready for Mordecai. Then the king's anger calmed down.

ESTHER 9:20-22
New International Reader's Version (NIRV)
MORDECAI WROTE LETTERS TO THE JEWS
20 Mordecai wrote down those events. He sent letters to all of the Jews all through the territories of King Xerxes. It didn't matter whether the Jews lived nearby or far away. 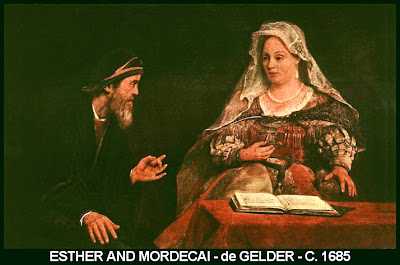 PSALM 124 (UMH 846)
† New International Reader's Version (NIRV)
A psalm of thanksgiving to God for deliverance. "If It Had not Been for the Lord on [Our] Side" (2053, The Faith We Sing) could be used as a refrain for this psalm. If you plan to sing the psalm, consider Tone 3 in E-flat major with the response. A song for those who go up to Jerusalem to worship the Lord. A psalm of David.
1 Here is what Israel should say.
Suppose the Lord had not been on our side.
2 Suppose the Lord had not been on our side
when our enemies attacked us.
3 Suppose he had not been on our side
when their anger blazed out against us.
Then they would have swallowed us alive.
4 They would have been like a flood that drowned us.
They would have swept over us like a rushing river.
5 They would have washed us away
like a swollen stream.
6 Give praise to the Lord.
He has not let our enemies chew us up.
7 We have escaped like a bird
from a hunter's trap.
The trap has been broken,
and we have escaped.
8 Our help comes from the Lord.
He is the Maker of heaven and earth.

JAMES 5:13-20
† New International Reader's Version (NIRV)
James calls for individual and corporate acts of prayer for healing and confession/forgiveness of sin and commends those who seek to restore persons wandering from the faith.But James is the first who describes how congregations normally offered ministries of healing. He was also the first to connect healing, confession of sin, anointing with oil and prayer. That is why this week's reading from James provides the template for healing ministries in connection with worship that would develop in the succeeding centuries (see my seminary paper, "Healing in Early Christian Liturgies,"James is a great letter to help a Christian community get and stay on task. Today, our reading focuses on two different kinds of tasks: Ritual actions of healing and confession and hands-on, even interventionist, community actions of restoration. Whether ritual or practical, each is an enactment of Shalom, a living sign of the "harvest of peace" for those who submit themselves to God and live out God's wisdom as we read last week (James 3:18).Regarding healing, James provides the earliest known description of how Christians offered ministries of healing within their communities. There are references in Didache (mid- to late-first century, and so possibly predating James), as well as in the stories of Acts (late first century, possibly contemporaneous with James), to itinerant healers, persons with gifts of healing that would go from place to place. I Corinthians 12:28 (mid-first century) also makes clear that some individual Christians were exercising such gifts there, as well.
THE PRAYER OF FAITH
13 Are any of you in trouble? Then you should pray. Are any of you happy? Then sing songs of praise.
14 Are any of you sick? Then send for the elders of the church to pray over you. Ask them to anoint you with oil in the name of the Lord.
15 The prayer offered by those who have faith will make you well. The Lord will heal you. If you have sinned, you will be forgiven.
16 So admit to one another that you have sinned. Pray for one another so that you might be healed. The prayer of a godly person is powerful. It makes things happen.
17 Elijah was just like us. He prayed hard that it wouldn't rain. And it didn't rain on the land for three and a half years.
18 Then he prayed again. That time it rained. And the earth produced its crops.
19 My brothers and sisters, suppose one of you wanders away from the truth and someone brings you back.
20 Then here is what I want everyone to remember. Anyone who turns a sinner from going down the wrong path will save him from death. God will erase many sins by forgiving him.

COME HAVE COFFEE WITH PASTOR MELODEE
AT THE HAPPY CHEF. 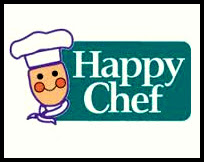 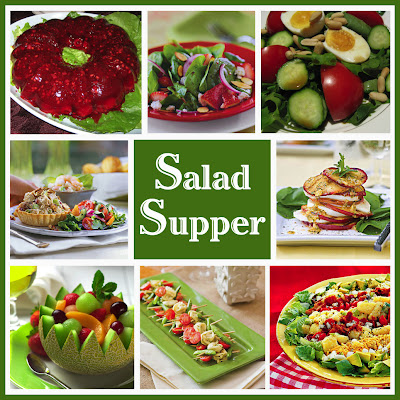 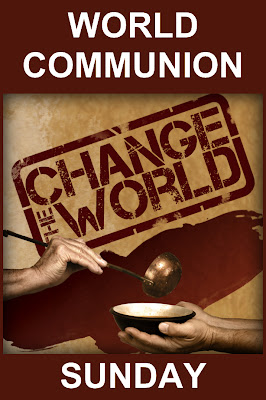 COMMUNION PRAYER —
Humbly we praise you, God, author of our lives! We thank you for crafting us into your story. With all you have given us, we rejoice! We recognize that so many want to know peace because they have lived at war for too long.
Your people desire faith that will revive our souls, move us beyond our walls and enable us to serve the world.
The world thirsts for passion, for belief in something real. By your works, your words, your love and your ways, you have taught us how to live loving our neighbors and loving you. By the bread and the cup, you have shown us how to commune with you and with those around us. We offer our hands, our feet and our hearts into your care. Take these gifts, God, and script us into your will to do your work and serve your people.      Amen. 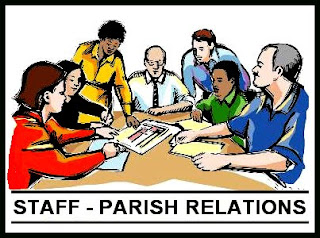