OUR WEEK-APRIL 8TH TO APRIL 14TH 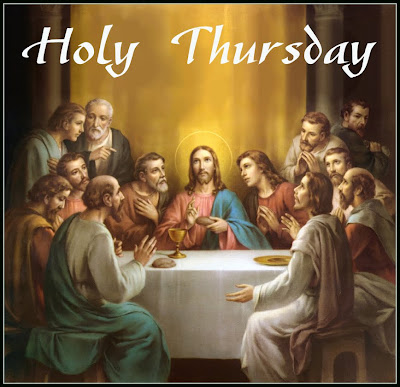 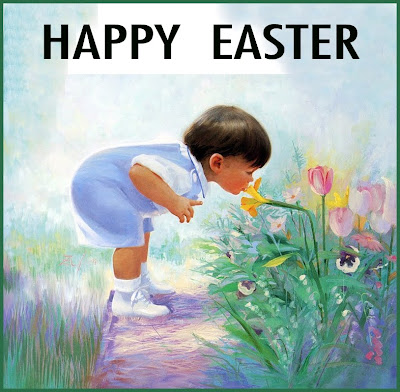 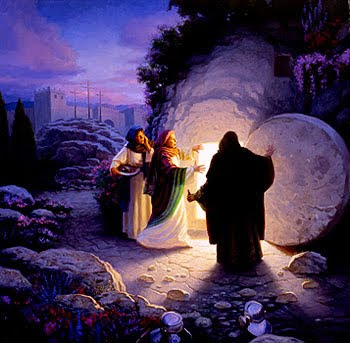 COLOR: WHITE
SCRIPTURE READINGS:
ACTS 10:34-43
(The Message)
Peter's role was to help Cornelius know with
confidence what most needed to be known
about Jesus. Peter proclaims to Cornelius the
resurrection of Jesus and that God has
appointed Jesus as judge of the living and the
dead. Second, Peter and his colleagues were
eyewitnesses of these things and commissioned
by Christ to proclaim this in all the world.
34 Peter fairly exploded with his good news: "It's
God's own truth, nothing could be plainer: God plays
no favorites!
35 It makes no difference who you are or where you're
from - if you want God and are ready to do as he says,
the door is open.
36 The Message he sent to the children of Israel -
that through Jesus Christ everything is being put
together again - well, he's doing it everywhere,
among everyone.
37 "You know the story of what happened in Judea.
It began in Galilee after John preached total life-
change.
38 Then Jesus arrived from Nazareth, anointed by
God with the Holy Spirit, ready for action. He went
through the country helping people and healing
everyone who was beaten down by the Devil. He
was able to do all this because God was with him.
39 "And we saw it, saw it all, everything he did in the
land of the Jews and in Jerusalem where they killed
him, hung him from a cross.
40 But in three days God had him up, alive, and out
where he could be seen. 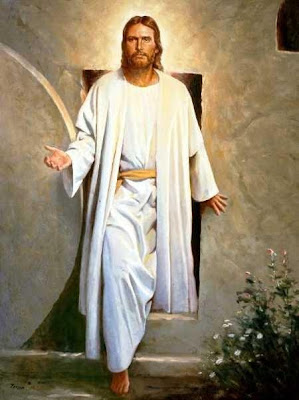 41 Not everyone saw him - he wasn't put on public
display. Witnesses had been carefully handpicked
by God beforehand - us! We were the ones, there
to eat and drink with him after he came back from
the dead.
42 He commissioned us to announce this in public,
to bear solemn witness that he is in fact the One
whom God destined as Judge of the living and dead.
43 But we're not alone in this. Our witness that he is
the means to forgiveness of sins is backed up by the
witness of all the prophets." 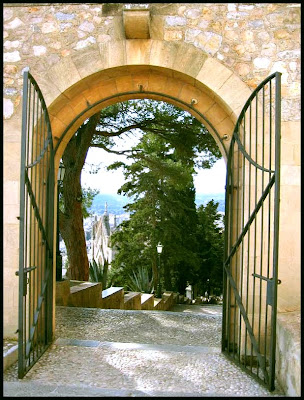 19 Swing wide the city gates - the righteous gates!
I'll walk right through and thank God!
20 This Temple Gate belongs to God, so the victors
can enter and praise.
21 Thank you for responding to me; you've truly
become my salvation!
22 The stone the masons discarded as flawed is
now the capstone!
23 This is God's work. We rub our eyes - we can
hardly believe it!
24 This is the very day God acted - let's
celebrate and be festive!

1 CORINTHIANS 15:1-11
(The Message)
I Corinthians 15 addresses the reality that some
of the earliest Christians questioned or rejected.
Paul rejects rejection. Paul declares the things
of first importance: the death, burial, and
resurrection of Jesus Christ. Paul retells those
matters of first importance, followed by his
account of the many appearances of Jesus to
others, including himself, after his resurrection.
1 Friends, let me go over the Message with you one
final time - this Message that I proclaimed and that
you made your own; this Message on which you took
your stand
2 and by which your life has been saved.
(I'm assuming, now, that your belief was the real thing
and not a passing fancy, that you're in this for good
and holding fast.)
3 The first thing I did was place before you what was
placed so emphatically before me: that the Messiah
died for our sins, exactly as Scripture tells it;
4 that he was buried; that he was raised from death
on the third day, again exactly as Scripture says;
5 that he presented himself alive to Peter, then to his
closest followers, 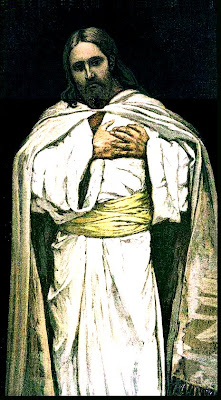 6 and later to more than five hundred of his followers
all at the same time, most of them still around
(although a few have since died);
7 that he then spent time with James and the rest of
those he commissioned to represent him;
8 and that he finally presented himself alive to me.
9 It was fitting that I bring up the rear. I don't deserve
to be included in that inner circle, as you well know,
having spent all those early years trying my best to
stamp God's church right out of existence.
10 But because God was so gracious, so very
generous, here I am. And I'm not about to let his
grace go to waste. Haven't I worked hard trying to
do more than any of the others? Even then, my work
didn't amount to all that much. It was God giving me
the work to do, God giving me the energy to do it.
11 So whether you heard it from me or from those
others, it's all the same: We spoke God's truth and
you entrusted your lives.

JOHN 20:1-18
(New International Reader's Version)
Jesus tells Phillip and Andrew that the time for
his glorification; i.e., his execution is drawing
near and that those who serve him will be found
with him wherever he leads or goes. God ratifies
the message with a sound from heaven, which
Jesus interprets as a sign that present spiritual
regime's days are about to come to an end.
• In John, the empty tomb is verified as a fact,
but its meaning and implications are left up to
each person for the time being. Peter sees and
goes home. Beloved disciple (perhaps John?)
sees and believes (something!), but the very
next line leaves it unclear whether he believes
that Jesus has been raised from the dead. Mary
Magdalene leaves weeping, and later believes
when one she thinks is a gardener calls her by
name and then sends her to tell the others of his
accomplished resurrection and
soon-to-be-accomplished ascension.
John 20:1-18
(New International Reader's Version)
The Tomb Is Empty
1 Early on the first day of the week, Mary Magdalene
went to the tomb. It was still dark. She saw that the
stone had been moved away from the entrance.
2 So she ran to Simon Peter and another disciple,
the one Jesus loved. She said, "They have taken
the Lord out of the tomb! We don't know where they
have put him!"
3 So Peter and the other disciple started out for
the tomb. 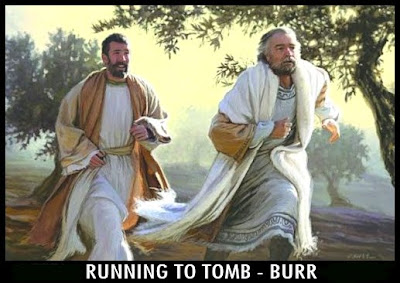 4 Both of them were running. The other disciple ran
faster than Peter. He reached the tomb first.
5 He bent over and looked in at the strips of linen
lying there. But he did not go in.
6 Then Simon Peter, who was behind him, arrived.
He went into the tomb. He saw the strips of linen
lying there.
7 He also saw the burial cloth that had been around
Jesus' head. The cloth was folded up by itself. It was
separate from the linen.
8 The disciple who had reached the tomb first also
went inside. He saw and believed.
9 They still did not understand from Scripture that
Jesus had to rise from the dead.
Jesus Appears to Mary Magdalene
10 Then the disciples went back to their homes.
11 But Mary stood outside the tomb crying. As she
cried, she bent over to look into the tomb. 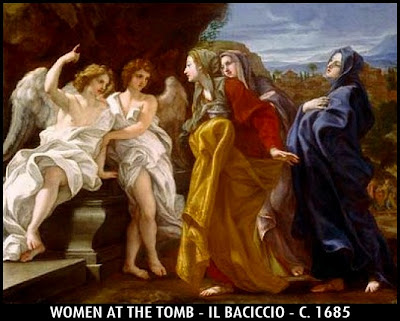 12 She saw two angels dressed in white. They were
seated where Jesus' body had been. One of them
was where Jesus' head had been laid. The other sat
where his feet had been placed.
13 They asked her, "Woman, why are you crying?"
"They have taken my Lord away," she said. "I don't
know where they have put him."
14 Then she turned around and saw Jesus standing
there. But she didn't realize that it was Jesus.
15 "Woman," he said, "why are you crying? 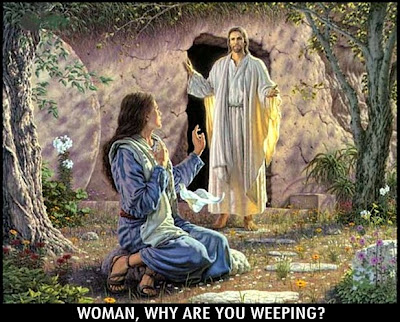 Who are you looking for?" She thought he was the
gardener, so she said, "Sir, did you carry him away?
Tell me where you put him. Then I will go and get him."
16 Jesus said to her, "Mary." She turned toward him.
Then she cried out in the Aramaic language,
"Rabboni!" Rabboni means Teacher.
17 Jesus said, "Do not hold on to me. I have not yet
returned to the Father. Instead, go to those who
believe in me. Tell them, 'I am returning to my Father
and your Father, to my God and your God.' "
18 Mary Magdalene went to the disciples with the
news. She said, "I have seen the Lord!" And she told
them that he had said these things to her.

OR ALTERNATIVE READING
MARK 16:1-8
(New International Readers Version)
Mark's account of women who went to embalm
the body of Jesus, an empty tomb, a young man
in dazzling garments, the announcement of the
raising of Jesus, and a commissioning to tell
the others. They tell no one (at the time) because
of their fear. The oldest and most reliable
manuscripts of Mark's gospel conclude with their
awe at what they have seen and heard.
1 The Sabbath day ended. Mary Magdalene, Mary
the mother of James, and Salome bought spices.
They were going to apply them to Jesus' body.
2 Very early on the first day of the week, they were
on their way to the tomb. It was just after sunrise.
3 They asked each other, "Who will roll the stone
away from the entrance to the tomb?" 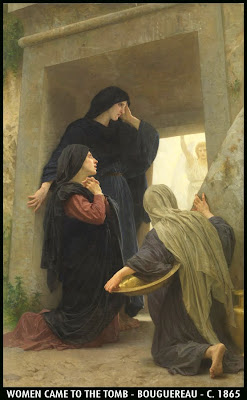 4 Then they looked up and saw that the stone had
been rolled away. The stone was very large.
5 They entered the tomb. As they did, they saw a
young man dressed in a white robe. He was sitting
on the right side. They were alarmed. 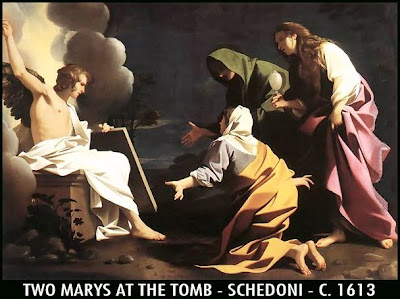 6 "Don't be alarmed," he said. "You are looking for
Jesus the Nazarene, who was crucified. But he has
risen! He is not here! See the place where they had
put him. 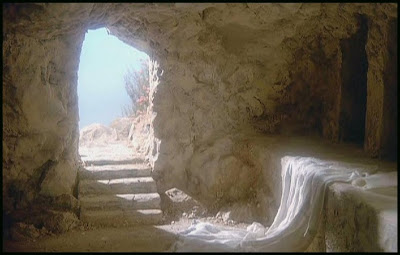 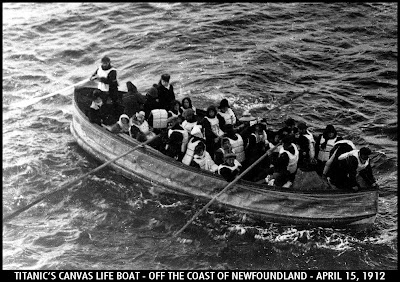 Only about 700 people were saved due to a very
shoddy, haphazard, almost non-existent
shipwreck plan. The records were lost so the
loss numbers are not accurately known. 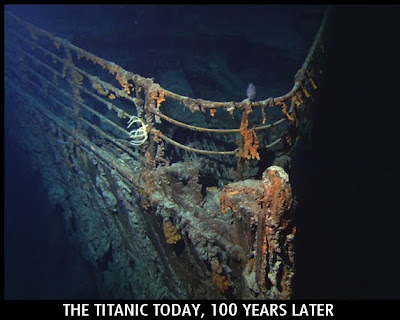 This is the Titanic today, resting on the ocean floor. 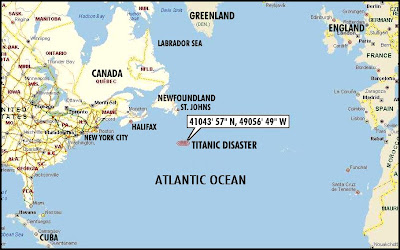 This is the exact location of her resting place.
• After that tragedy, drastic changes were made to
ensure the safety of ocean travelers. 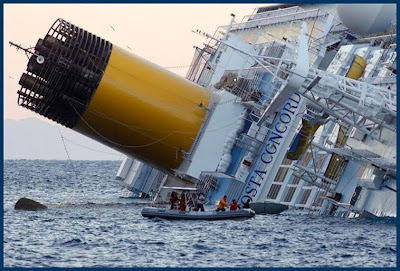