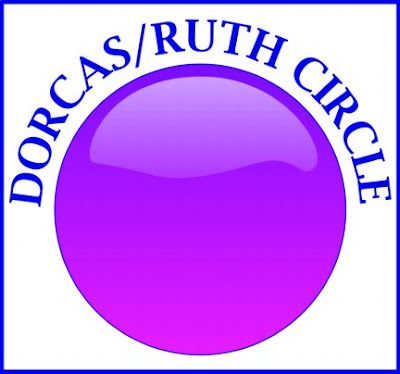 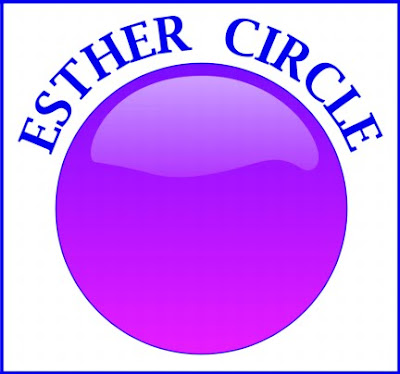 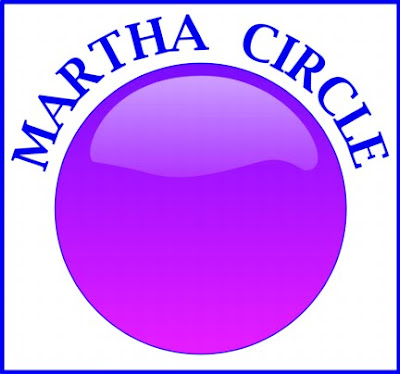 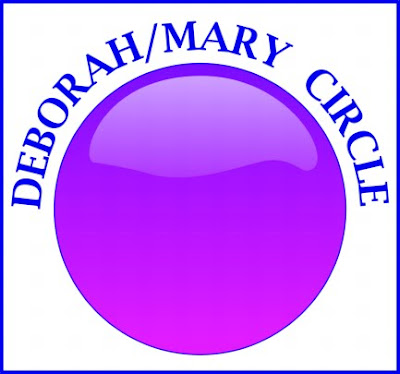 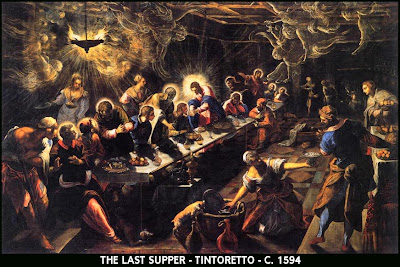 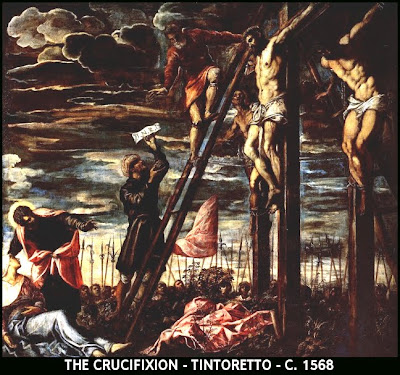 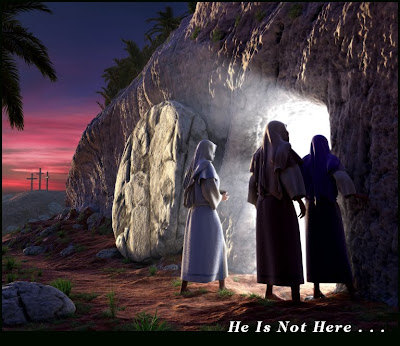 Holy Communion Today —
Our Scripture Readings Are:
ACTS 10:34-43
(The Message)
Peter proclaims to Cornelius and his house
hold both what they know about Jesus from
widespread reports and what he and the
apostles personally witnessed and were
commanded to tell.
34 Peter fairly exploded with his good news:
"It's God's own truth, nothing could be plainer:
God plays no favorites!
35 It makes no difference who you are or where
you're from - if you want God and are ready to do
as he says, the door is open.
36 The Message he sent to the children of Israel
- that through Jesus Christ everything is being
put together again - well, he's doing it everywhere,
among everyone.
37 "You know the story of what happened in Judea.
It began in Galilee after John preached a total
life-change.
38 Then Jesus arrived from Nazareth, anointed by
God with the Holy Spirit, ready for action. He went
through the country helping people and healing
everyone who was beaten down by the Devil. 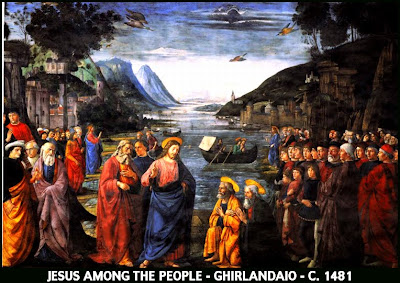 He was able to do all this because God was with him.
39 "And we saw it, saw it all, everything he did in
the land of the Jews and in Jerusalem where they
killed him, hung him from a cross.
40 But in three days God had him up, alive, and
out where he could be seen.
41 Not everyone saw him - he wasn't put on public
display. Witnesses had been carefully handpicked
by God beforehand - us! We were the ones, there
to eat and drink with him after he came back from
the dead.
42 He commissioned us to announce this in public,
to bear solemn witness that he is in fact the One
whom God destined as Judge of the living and dead.
43 But we're not alone in this. Our witness that he is
the means to forgiveness of sins is backed up by the
witness of all the prophets."
————————————————————————
PSALM 118:1-2, 14-24 (UMH 839)
(The Message)
This psalm declares God's victory.
Psalm 118:1-2
1 Thank God because he's good, because his
love never quits.
2 Tell the world, Israel, "His love never quits."
Psalm 14-24
14 God's my strength, he's also my song, and
now he's my salvation.
15 Hear the shouts, hear the triumph songs in
the camp of the saved? "The hand of God has
turned the tide!
16 The hand of God is raised in victory! The hand
of God has turned the tide!"
17 I didn't die. I lived! And now I'm telling the world
what God did.
18 God tested me, he pushed me hard, but he didn't
hand me over to Death.
19 Swing wide the city gates - the righteous gates!
I'll walk right through and thank God!
20 This Temple Gate belongs to God, so the victors
can enter and praise.
21 Thank you for responding to me; you've truly
become my salvation!
22 The stone the masons discarded as flawed is
now the capstone!
23 This is God's work. We rub our eyes - we can
hardly believe it!
24 This is the very day God acted - let's celebrate
and be festive!
————————————————————————
COLOSSIANS 3:1-4
(The Message)
Paul reminds the Christians in Colossae, "You
have died, and your life is hidden with Christ
in God."
1 So if you're serious about living this new
resurrection life with Christ, act like it. Pursue the
things over which Christ presides.
2 Don't shuffle along, eyes to the ground, absorbed
with the things right in front of you. Look up, and be
alert to what is going on around Christ - that's where
the action is. See things from his perspective.
3 Your old life is dead. Your new life, which is your
real life - even though invisible to spectators - is with
Christ in God. He is your life.
4 When Christ (your real life, remember) shows up
again on this earth, you'll show up, too - the real you,
the glorious you. Meanwhile, be content with obscurity,
like Christ.
————————————————————————
JOHN 20:1-18
(The Message)
The empty tomb is verified as a fact, but its
meaning is left up to each person. Peter sees and
goes home. A beloved disciple (perhaps John?)
sees and believes. Mary Magdalene leaves
weeping but believes when one she thinks is a
gardener calls her by name and then sends her
to tell the others of his resurrection.
1 Early in the morning on the first day of the week,
while it was still dark, Mary Magdalene came to the
tomb and saw that the stone was moved away from
the entrance.
2 She ran at once to Simon Peter and the other
disciple, the one Jesus loved, breathlessly panting,
"They took the Master from the tomb. We don't know
where they've put him."
3 Peter and the other disciple left immediately for
the tomb.
4 They ran, neck and neck. The other disciple got
to the tomb first, outrunning Peter.
5 Stooping to look in, he saw the pieces of linen
cloth lying there, but he didn't go in.
6 Simon Peter arrived after him, entered the tomb,
observed the linen cloths lying there,
7 and the kerchief used to cover his head not lying
with the linen cloths but separate, neatly folded by
itself.
8 Then the other disciple, the one who had gotten
there first, went into the tomb, took one look at the
evidence, and believed.
9 No one yet knew from the Scripture that he had
to rise from the dead.
10 The disciples then went back home.
11 But Mary stood outside the tomb weeping. 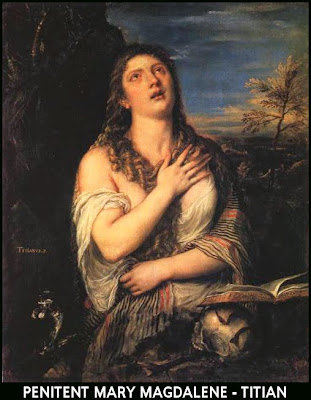 As she wept, she knelt to look into the tomb
12 and saw two angels sitting there, dressed in
white, one at the head, the other at the foot of
where Jesus' body had been laid.
13 They said to her, "Woman, why do you weep?"
"They took my Master," she said, "and I don't know
where they put him."
14 After she said this, she turned away and saw
Jesus standing there. But she didn't recognize him.
15 Jesus spoke to her, "Woman, why do you weep?
Who are you looking for?" She, thinking that he was
the gardener, said, "Mister, if you took him, tell me
where you put him so I can care for him."
16 Jesus said, "Mary." Turning to face him, she said
in Hebrew, "Rabboni!" meaning "Teacher!" 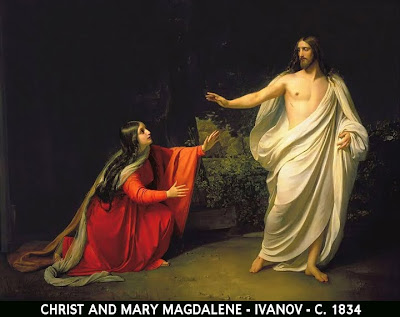 17 Jesus said, "Don't cling to me, for I have not
yet ascended to the Father. Go to my brothers and
tell them, 'I ascend to my Father and your Father,
my God and your God.'"
18 Mary Magdalene went, telling the news to the
disciples: "I saw the Master!" And she told them
everything he said to her.
————————————————————————
SECOND CHOICE FROM NEW TESTAMENT:
MATTHEW 28:1-10
(The Message)
The women who went to anoint the body of
Jesus for burial feel an earthquake and discover
an angel has moved the stone sealing the
entrance to the tomb. This angel's appearance
terrifies the guard, but the angel tells the women
not to be afraid, that Christ has risen and is
going ahead of them into Galilee. They are soon
greeted by Jesus himself, who likewise tells
them not to be afraid but to go tell the others to
meet him in Galilee.
1 After the Sabbath, as the first light of the new week
dawned, Mary Magdalene and the other Mary came
to keep vigil at the tomb.
2 Suddenly the earth reeled and rocked under their
feet as God's angel came down from heaven, came
right up to where they were standing. He rolled back
the stone and then sat on it.
3 Shafts of lightning blazed from him. His garments
shimmered snow-white. 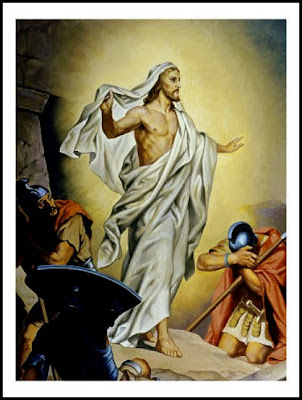 4 The guards at the tomb were scared to death.
They were so frightened, they couldn't move. 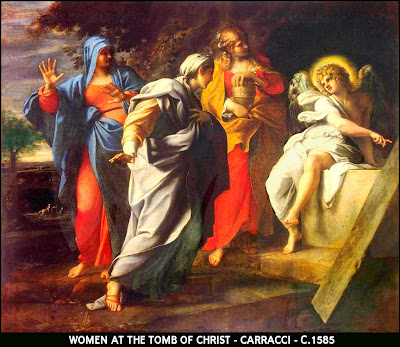