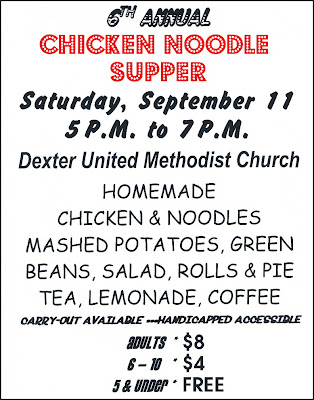 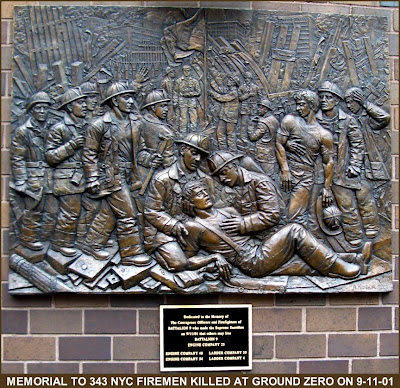 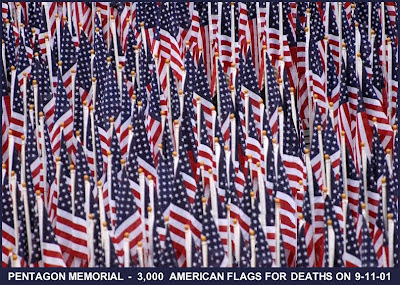 FLIGHT 93 WHICH CRASHED IN PENNSYLVANIA 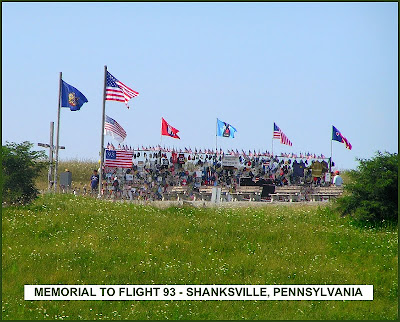 THERE ARE COUNTLESS MEMORIALS TO THE
ATROCITIES OF THAT DAY, AND EACH YEAR WE
FIND THE MEMORY JUST AS INCREDIBLE AS
THE YEAR BEFORE.

The word grandparent suggests an intimacy very
similar to that of parent and child.
• In the Unite States, 6.2 million grandparents had
grandchildren younger than 18 living with them
in 2007.
• In 2008, 6.6 million children were living with a
grandparent; these children comprised 9 percent
of all children in the United States. The majority
of these children, 4.4 million, lived in the
grandparent's home.
As you can see, this is not an uncommon event.

OUR SCRIPTURE READINGS ARE:
JEREMIAH 4:11-12, 22-28
(The Message)
While the words indicate dramatic environmental
disaster (climate change, famine, earthquakes and
volcanoes), the purpose of the verbal imagery is to
shock people into realizing their religious practices
will have dramatic physical consequences. The
prophet uses the metaphor of a powerful hot wind
that destroys everything and everyone in its path
to describe the coming conquest of Judah by
Babylon if Judah will not renounce and stop every
form of worship practice but the worship of YHWH. 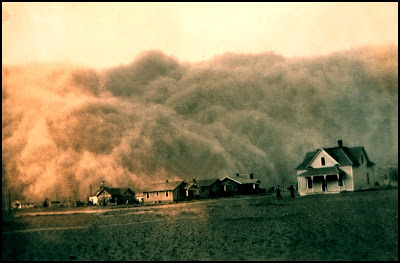 JEREMIAH 4:11-29
11 At that time, this people, yes, this very Jerusalem,
will be told in plain words: "The northern hordes are
sweeping in from the desert steppes -
12 a gale-force wind. I ordered this wind. I'm
pronouncing my hurricane judgment on my people."
Your Evil Life Is Piercing Your Heart
13 Look at them! Like banks of storm clouds, racing,
tumbling, their chariots a tornado, Their horses faster
than eagles! Woe to us! We're done for!
14 Jerusalem! Scrub the evil from your lives so you'll
be fit for salvation. How much longer will you harbor
devious and malignant designs within you?
15 What's this? A messenger from Dan? Bad news
from Ephraim's hills!
16 Make the report public. Broadcast the news to
Jerusalem: "Invaders from far off are raising war cries
against Judah's towns.
17 They're all over her, like a dog on a bone. And
why? Because she rebelled against me." God's Decree.
18 "It's the way you've lived that's brought all this on
you. The bitter taste is from your evil life. That's what's
piercing your heart."
19 I'm doubled up with cramps in my belly - a poker
burns in my gut. My insides are tearing me up, never
a moment's peace. The ram's horn trumpet blast rings
in my ears, the signal for all-out war.
20 Disaster hard on the heels of disaster, the whole
country in ruins! In one stroke my home is destroyed,
the walls flattened in the blink of an eye. 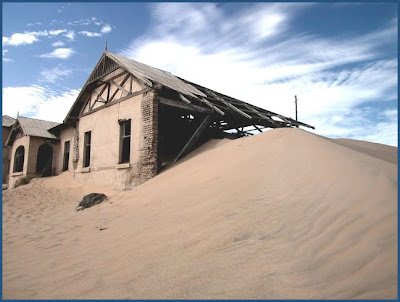 21 How long do I have to look at the warning flares,
listen to the siren of danger? "Experts at Evil,
22 What fools my people are! They have no idea who
I am. A company of half-wits, dopes and donkeys all!
Experts at evil but klutzes at good."
23 I looked at the earth - it was back to pre-Genesis
chaos and emptiness. I looked at the skies, and not
a star to be seen.
24 I looked at the mountains - they were trembling
like aspen leaves, And all the hills rocking back and
forth in the wind. 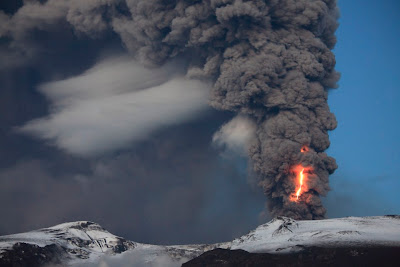 25 I looked - what's this! Not a man or woman in sight,
and not a bird to be seen in the skies.
26 I looked - this can't be! Every garden and orchard
shriveled up. All the towns were ghost towns. And all
his because of God, because of the blazing anger of
God.
27 Yes, this is God's Word on the matter: "The whole
country will be laid waste - still it won't be the end of
the world.
28 The earth will mourn and the skies lament Because
I've given my word and won't take it back. I've decided
and won't change my mind."
You're Not Going to Seduce Anyone.
29 Someone shouts, "Horsemen and archers!" and
everybody runs for cover. They hide in ditches, they
climb into caves. The cities are emptied, not a person
left anywhere.
––––––––––––––––––––––––––––––––––––––––––––
PSALM 14 (UMH 746)
(The Message)
This psalm was not addressing atheism, which
would have been a ridiculous absurdity in the
ancient world, but rather anti-Yahwism. The first
line can be translated "Fools say in their hearts,
'There is nothing to your God.'" Or, "Your God is
nothing!" It is a taunt invading enemies might
use; an example of "trash talk," if you will. It's a
taunt from the Babylonians about to invade
Judah, not a philosophical position.
1 Bilious and bloated, they gas, "God is gone." Their
words are poison gas, fouling the air; they poison
Rivers and skies; thistles are their cash crop.
2 God sticks his head out of heaven. He looks around.
He's looking for someone_ not stupid - one man, even,
God-expectant, just one God-ready woman.
3 He comes up empty. A string of zeros. Useless,
unshepherded Sheep, taking turns pretending to be
Shepherd. The ninety and nine follow their fellow.
4 Don't they know anything, all these impostors? Don't
they know they can't get away with this - Treating
people like a fast-food meal over which they're too busy
to pray?
5 Night is coming for them, and nightmares, for God
takes the side of victims.
6 Do you think you can mess with the dreams of the
poor? You can't, for God makes their dreams come true.
7 Is there anyone around to save Israel? Yes, God is
around; God turns life around. Turned-around Jacob
skips rope, turned-around Israel sings with laughter.
––––––––––––––––––––––––––––––––––––––––––––
1 TIMOTHY 1:12-17
(The Message)
Paul begins this first letter to Timothy by identifying
himself - - and all followers of Jesus - - as recipients
of incredible mercy to show that God in Christ is
out to save sinners. "
1 I, Paul, am an apostle on special assignment for
Christ, our living hope. Under God our Savior's
command,
2 I'm writing this to you, Timothy, my son in the faith.
All the best from our God and Christ be yours!"
12 I'm so grateful to Christ Jesus for making me
adequate to do this work. He went out on a limb,
you know, in trusting me with this ministry.
13 The only credentials I brought to it were invective
and witch hunts and arrogance. But I was treated
mercifully because I didn't know what I was doing -
didn't know Who I was doing it against!
14 Grace mixed with faith and love poured over me
and into me. And all because of Jesus.
15 Here's a word you can take to heart and depend
on: Jesus Christ came into the world to save sinners.
I'm proof - Public Sinner Number One -
16 of someone who could never have made it apart
from sheer mercy. And now he shows me off -
evidence of his endless patience - to those who are
right on the edge of trusting him forever.
17 Deep honor and bright glory to the King of All Time
- One God, Immortal, Invisible, ever and always.
Oh, yes!
––––––––––––––––––––––––––––––––––––––––––––
LUKE 15:1-10
(The Message)
Lost sheep, lost coins, and celebration over one
sinner who repents -- Jesus' stories in response
to criticism that he receives "sinners" and shares
meals with them.

1 By this time a lot of men and women of doubtful
reputation were hanging around Jesus, listening intently.
2 The Pharisees and religion scholars were not pleased,
not at all pleased. They growled, "He takes in sinners
and eats meals with them, treating them like old friends."
3 Their grumbling triggered this story.
4 "Suppose one of you had a hundred sheep and lost
one. Wouldn't you leave the ninety-nine in the wilderness and go after the lost one until you found it?
5 When found, you can be sure you would put it across
your shoulders, rejoicing, 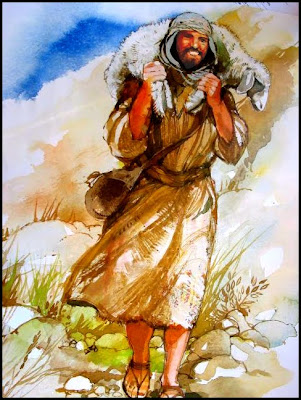 6 and when you got home call in your friends and
neighbors, saying, 'Celebrate with me! I've found my
lost sheep!'
7 Count on it - there's more joy in heaven over one
sinner's rescued life than over ninety-nine good people
in no need of rescue.
8 "Or imagine a woman who has ten coins and loses
one. Won't she light a lamp and scour the house, 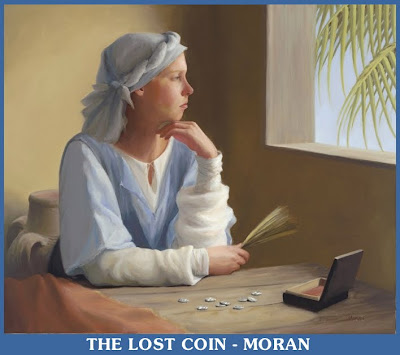 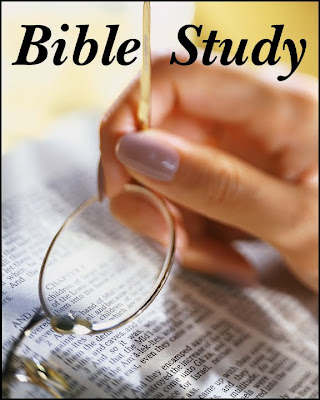 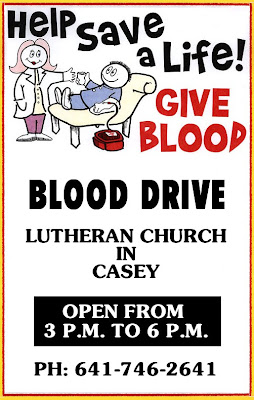 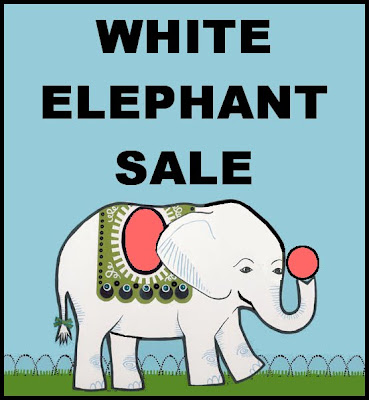 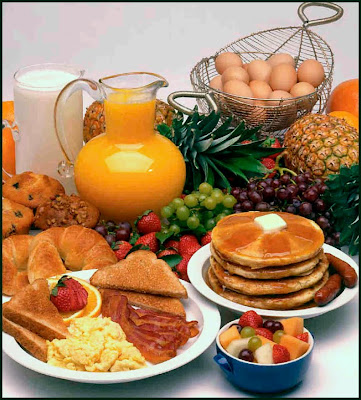