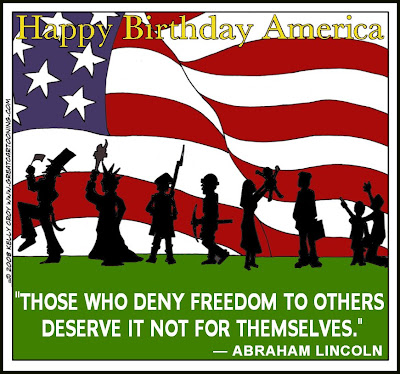 We must decide how to celebrate the holiday.
Picnic? Swimming? Ball game? Car races? Boating?
Fireworks? O bother! Why am I saddled with all
these choices?
We have choices because many people were very
determined that we should be free. They lived and
died for that resolution. 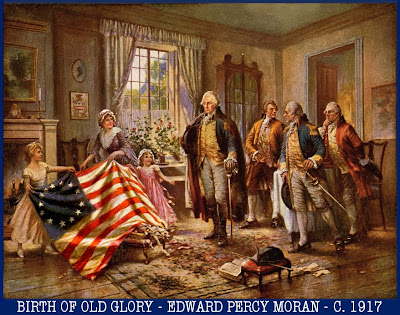 One early colonist was Betsy Ross. We know she
made flags but she was certainly not one dimensional.
Betsy Ross was born #8 of 17 children to Samuel
Griscom and Rebecca James in Philadelphia -
January 1, 1752. (Great-grandfather Andrew Griscom,
a Quaker carpenter immigrated in 1680 from England
to New Jersey.)

After she finished at a Quaker public
school, her father apprenticed her to an upholsterer.
She married a fellow apprentice John Ross, son of an
assistant rector. The marriage caused a split from her
family and expulsion from the Quaker congregation.

After two years their union was cut short by the war for
independence. John was killed in a gun powder explosion.
Betsy continued the upholstery business, and made
extra money mending uniforms and making tents,
blankets, musketballs, and cartridges for the Continental
Army.

Betsy married second husband, Joseph Ashburn, who
was captured and imprisoned in Plymouth England.
He died without knowing his first daughter died and
another was born. Betsy then married John Claypoole
and they had 5 daughters. She continued to run her
businesses most of her life until she died at age 74.
————————————————————————
One little story in the War for Independence and it could
be compounded thousands of times.
The war began between England and the Thirteen
Colonies, but we could not have accomplished
independence without abundant help from France,
Spain, and the Dutch.
A very complicated and tangled story, and as with all
wars, monumental prices were paid. 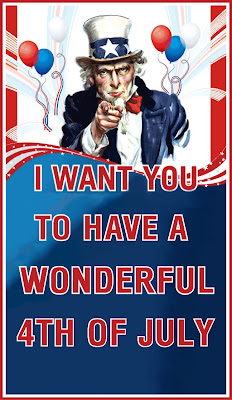 THIS IS THE SIXTH SUNDAY AFTER PENTECOST
COLOR: GREEN
HOLY COMMUNION TODAY 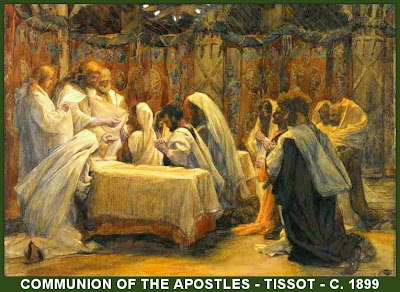 SCRIPTURE READINGS:
2 KINGS 5:1-14
(THE MESSAGE)
1 Naaman was general of the army under the king of
Aram. He was important to his master, who held him
in the highest esteem because it was by him that God
had given victory to Aram: a truly great man, but afflicted
with a grievous skin disease.
2 It so happened that Aram, on one of its raiding
expeditions against Israel, captured a young girl who
became a maid to Naaman's wife. 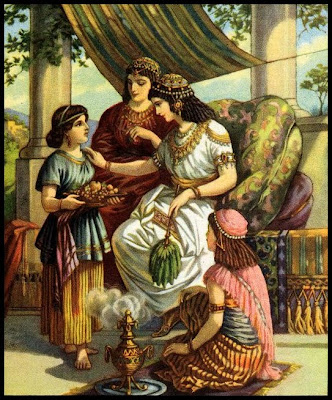 3 One day she said to her mistress, "Oh, if only my
master could meet the prophet of Samaria, he would
be healed of his skin disease."
4 Naaman went straight to his master and reported
what the girl from Israel had said.
5 "Well then, go," said the king of Aram. "And I'll send
a letter of introduction to the king of Israel." So he
went off, taking with him about 750 pounds of silver,
150 pounds of gold, and ten sets of clothes.
6 Naaman delivered the letter to the king of Israel.
The letter read, "When you get this letter, you'll know
that I've personally sent my servant Naaman to you;
heal him of his skin disease."
7 When the king of Israel read the letter, he was terribly
upset, ripping his robe to pieces. He said, "Am I a god
with the power to bring death or life that I get orders to
heal this man from his disease? What's going on here?
That king's trying to pick a fight, that's what!"
8 Elisha the man of God heard what had happened, that
the king of Israel was so distressed that he'd ripped
his robe to shreds. He sent word to the king, "Why are
you so upset, ripping your robe like this? Send him to
me so he'll learn that there's a prophet in Israel."
9 So Naaman with his horses and chariots arrived in
style and stopped at Elisha's door. 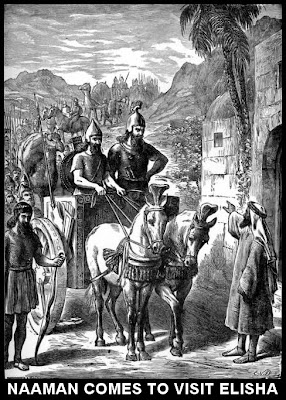 10 Elisha sent out a servant to meet him with this
message: "Go to the River Jordan and immerse
yourself seven times. Your skin will be healed and
you'll be as good as new."
11 Naaman lost his temper. He turned on his heel
saying, "I thought he'd personally come out and meet
me, call on the name of God, wave his hand over the
diseased spot, and get rid of the disease.
12 The Damascus rivers, Abana and Pharpar, are
cleaner by far than any of the rivers in Israel. Why
not bathe in them? I'd at least get clean." He stomped
off, mad as a hornet.
13 But his servants caught up with him and said,
"Father, if the prophet had asked you to do something
hard and heroic, wouldn't you have done it? So why not
this simple 'wash and be clean'?" 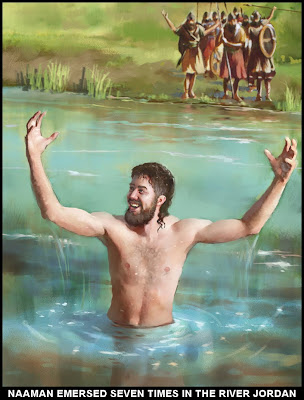 14 So he did it. He went down and immersed
himself in the Jordan seven times, following the
orders of the Holy Man. His skin was healed; it
was like the skin of a little baby.
He was as good as new.
————————————————————————
PSALM 30
(THE MESSAGE)
1 I give you all the credit, God - you got me out of that
mess, you didn't let my foes gloat.
2 God, my God, I yelled for help and you put me
together.
3 God, you pulled me out of the grave, gave me
another chance at life when I was down-and-out.
4 All you saints! Sing your hearts out to God! Thank
him to his face!
5 He gets angry once in a while, but across a lifetime
there is only love. The nights of crying your eyes out
give way to days of laughter.
6 When things were going great I crowed, "I've got it
made.
7 I'm God's favorite. He made me king of the mountain."
Then you looked the other way and I fell to pieces.
8 I called out to you, God; I laid my case before you:
9 "Can you sell me for a profit when I'm dead? Auction
me off at a cemetery yard sale? When I'm 'dust to dust'
my songs and stories of you won't sell.
10 So listen! and be kind! Help me out of this!"
11 You did it: you changed wild lament into whirling
dance; 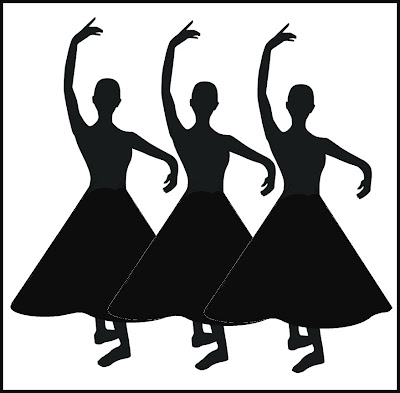 You ripped off my black mourning band and
decked me with wildflowers.
12 I'm about to burst with song; I can't keep quiet
about you. God, my God, I can't thank you enough.
————————————————————————
GALATIANS 6:1-16
(THE MESSAGE)
1 Live creatively, friends. If someone falls into sin,
forgivingly restore him, saving your critical comments
for yourself. You might be needing forgiveness before
the day's out.
2 Stoop down and reach out to those who are
oppressed. Share their burdens, and so complete
Christ's law.
3 If you think you are too good for that, you are badly
deceived.
4 Make a careful exploration of who you are and the
work you have been given, and then sink yourself
into that. Don't be impressed with yourself. Don't ever
compare yourself with others.
5 Each of you must take responsibility for doing the
creative best you can with your own life.
6 Be very sure now, you who have been trained to a
self-sufficient maturity, that you enter into a generous
common life with those who have trained you, sharing
all the good things that you have and experience.
7 Don't be misled: No one makes a fool of God. What
a person plants, he will harvest. 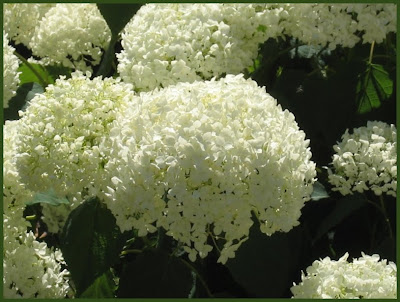 The person who plants selfishness, ignoring the needs
of others - ignoring God! -
8 harvests a crop of weeds. All he'll have to show for
his life is weeds! But the one who plants in response to
God, letting God's Spirit do the growth work in him,
harvests a crop of real life, eternal life.
9 So let's not allow ourselves to get fatigued doing good.
At the right time we will harvest a good crop if we don't
give up, or quit.
10 Right now, therefore, every time we get the chance,
let us work for the benefit of all, starting with the people
closest to us in the community of faith.
11 Now, in these last sentences, I want to emphasize
in the bold scrawls of my personal handwriting the
immense importance of what I have written to you.
12 These people who are attempting to force the ways
of circumcision on you have only one motive: They want
an easy way to look good before others, lacking the
courage to live by a faith that shares Christ's suffering
and death. All their talk about the law is gas.
13 They themselves don't keep the law! And they are
highly selective in the laws they do observe. They only
want you to be circumcised so they can boast of their
success in recruiting you to their side. Contemptible!
14 For my part, I am going to boast about nothing but
the Cross of our Master, Jesus Christ. Because of that
Cross, I have been crucified in relation to the world,
set free from the stifling atmosphere of pleasing others
and fitting into the little patterns that they dictate.
15 Can't you see the central issue in all this? It is not
what you and I do - submit to circumcision, reject
circumcision. It is what God is doing, and he is creating
something totally new, a free life!
16 All who walk by this standard are the true Israel of
God - his chosen people. Peace and mercy on them!
————————————————————————
LUKE 10:1-11, 16-20
LUKE 10:1-20
(THE MESSAGE)
After the calling and mission of the twelve apostles,
Christ sends out at once seventy more disciples to
work miracles, and to preach. The Syriac version
says, "Jesus separated out of his disciples, seventy
others". Meaning besides the twelve, whom he chose,
called out and ordained as apostles, from among the
multitude of his disciples, he selected and ordained
seventy others.
1 Later the Master selected seventy and sent them ahead
of him in pairs to every town and place where he intended
to go. 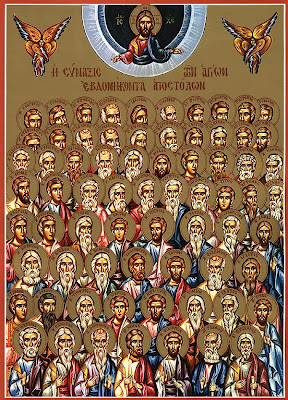 2 He gave them this charge: "What a huge harvest! And
how few the harvest hands. So on your knees; ask the
God of the Harvest to send harvest hands.
3 "On your way! But be careful - this is hazardous work.
You're like lambs in a wolf pack.
4 "Travel light. Comb and toothbrush and no extra luggage.
"Don't loiter and make small talk with everyone you meet
along the way.
5 "When you enter a home, greet the family, 'Peace.'
6 If your greeting is received, then it's a good place to stay.
But if it's not received, take it back and get out. Don't
impose yourself.
7 "Stay at one home, taking your meals there, for a worker
deserves three square meals. Don't move from house to
house, looking for the best cook in town.
8 "When you enter a town and are received, eat what they
set before you,
9 heal anyone who is sick, and tell them, 'God's kingdom
is right on your doorstep!'
10 "When you enter a town and are not received, go out
in the street and say,
11 'The only thing we got from you is the dirt on our feet,
and we're giving it back. Did you have any idea that God's
kingdom was right on your doorstep?'
12 Sodom will have it better on Judgment Day than the
town that rejects you.
13 "Doom, Chorazin! Doom, Bethsaida! If Tyre and Sidon
had been given half the chances given you, they'd have
been on their knees long ago, repenting and crying for
mercy.
14 Tyre and Sidon will have it easy on Judgment Day
compared to you.
15 "And you, Capernaum! Do you think you're about to
be promoted to heaven? Think again.
You're on a mud slide to hell.
16 "The one who listens to you, listens to me. The one
who rejects you, rejects me. And rejecting me is the
same as rejecting God, who sent me." 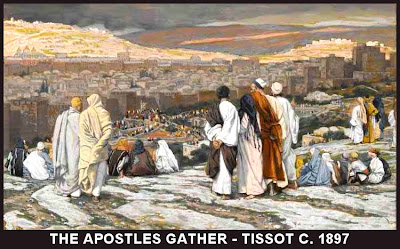 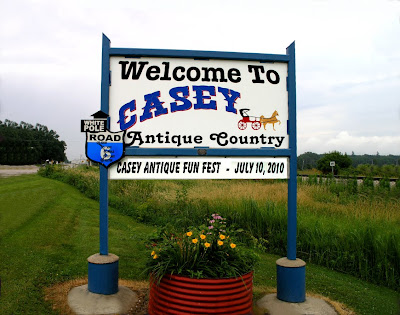 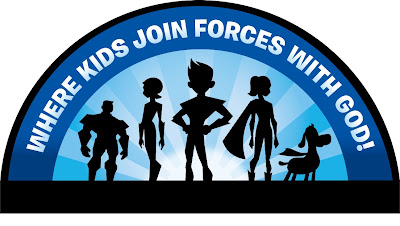