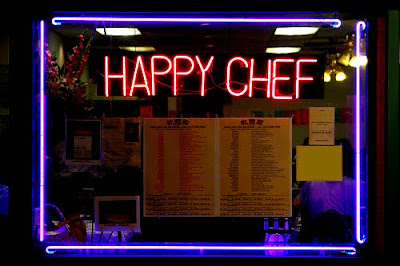 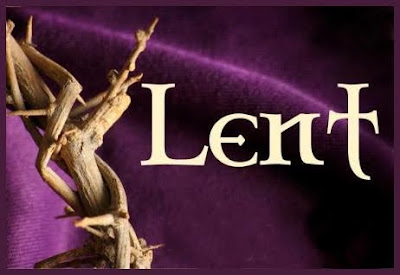 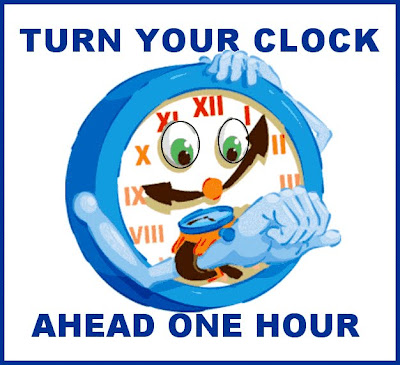 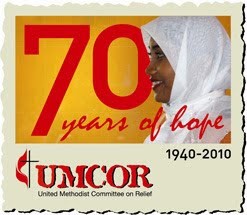 LENTEN SERVICE SCRIPTURE READING -
A JOURNEY TO HOPE: TEMPTATION
MARK 14:32-40
(The Message) by Eugene Peterson ©2002
32 They came to an area called Gethsemane. Jesus
told his disciples, "Sit here while I pray."
33 He took Peter, James, and John with him. He
plunged into a sinkhole of dreadful agony.
34 He told them, "I feel bad enough right now to die.
Stay here and keep vigil with me."
35 Going a little ahead, he fell to the ground and
prayed for a way out:
36 "Papa, Father, you can - can't you? - get me out of
this. Take this cup away from me. But please, not what
I want - what do you want?" 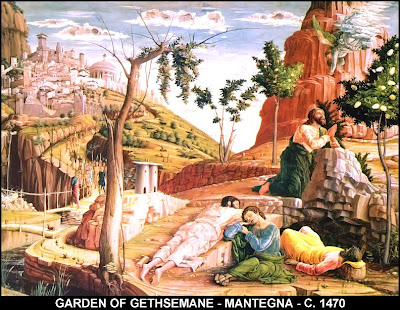 37 He came back and found them sound asleep. He
said to Peter, "Simon, you went to sleep on me? Can't
you stick it out with me a single hour?
38 Stay alert, be in prayer, so you don't enter the
danger zone without even knowing it. Don't be naive.
Part of you is eager, ready for anything in God; but
part is as lazy as an old dog sleeping by the fire." 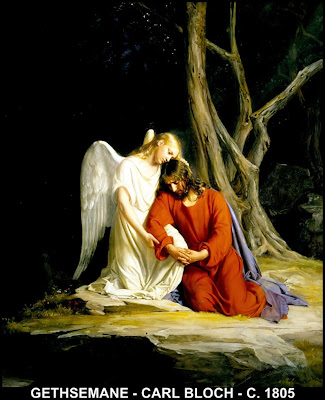 39 He then went back and prayed the same prayer.
40 Returning, he again found them sound asleep.
They simply couldn't keep their eyes open, and they
didn't have a plausible excuse. 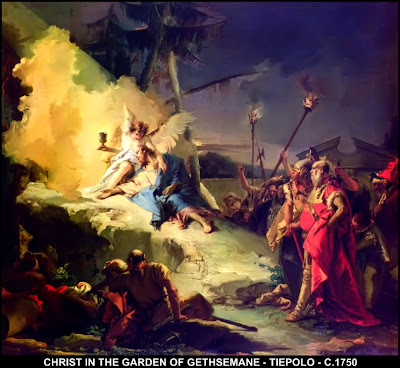 ————————————————————————
JOSHUA 5:9-12
(The Message) by Eugene Peterson ©2002
Males born in the wilderness along the way since
leaving Egypt had not been circumcised. The
"disgrace of Egypt" is rolled away, and on the
day after the Passover, the people are able to feast
from the fruit of the land. Joshua led the people
across the Jordan (west to east) to enter the
promised land. Shame was removed (literally
"rolled away" via the circumcision of all males who
had not yet been circumcised, Joshua 5:1-8)

9 God said to Joshua, "Today I have rolled away the
reproach of Egypt." That's why the place is called The
Gilgal. It's still called that.
10 The People of Israel continued to camp at The Gilgal.
They celebrated the Passover on the evening of the
fourteenth day of the month on the plains of Jericho.
11 Right away, the day after the Passover, they started
eating the produce of that country, unraised bread and
roasted grain.
12 And then no more manna; the manna stopped.
As soon as they started eating food grown in the land,
there was no more manna for the People of Israel. That
year they ate from the crops of Canaan.
————————————————————————
PSALM 32 (UMH 766)
(The Message) by Eugene Peterson ©2002
A confession of sin and disgrace, and proclamation
in song that God's prodigal mercy heals us.
1 Count yourself lucky, how happy you must be -
you get a fresh start, your slate's wiped clean.
2 Count yourself lucky - God holds nothing against
you and you're holding nothing back from him.
3 When I kept it all inside, my bones turned to powder,
my words became daylong groans.
4 The pressure never let up; all the juices of my life
dried up.
5 Then I let it all out; I said, "I'll make a clean breast
of my failures to God." Suddenly the pressure was
gone - my guilt dissolved, my sin disappeared.
6 These things add up. Every one of us needs to pray;
when all hell breaks loose and the dam bursts we'll be
on high ground, untouched.
7 God's my island hideaway, keeps danger far from the
shore, throws garlands of hosannas around my neck.
8 Let me give you some good advice; I'm looking you in
the eye and giving it to you straight:
9 "Don't be ornery like a horse or mule that needs bit
and bridle to stay on track."
10 God-defiers are always in trouble; God-affirmers
find themselves loved every time they turn around.
11 Celebrate God. Sing together - everyone!
All you honest hearts, raise the roof! 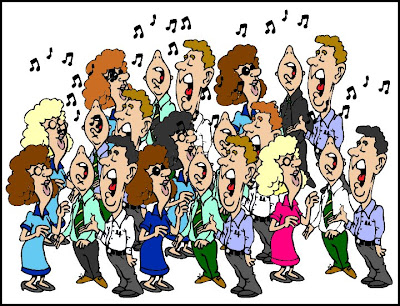 2 CORINTHIANS 5:16-21
(The Message) by Eugene Peterson ©2002
In Christ, God was reconciling the world, not
counting our trespasses, and makes us who
are in Christ to be ministers of reconciliation.
16 Because of this decision we don't evaluate
people by what they have or how they look. We
looked at the Messiah that way once and got it all
wrong, as you know. We certainly don't look at him
that way anymore.
17 Now we look inside, and what we see is that
anyone united with the Messiah gets a fresh start, is
created new. The old life is gone; a new life burgeons!
Look at it!
18 All this comes from the God who settled the
relationship between us and him, and then called us to
settle our relationships with each other.
19 God put the world square with himself through the
Messiah, giving the world a fresh start by offering
forgiveness of sins. God has given us the task of
telling everyone what he is doing.
20 We're Christ's representatives. God uses us to
persuade men and women to drop their differences
and enter into God's work of making things right
between them. We're speaking for Christ himself now:
Become friends with God; he's already a friend to you.
21 How? you say. In Christ. God put the wrong on him
who never did anything wrong, so we could be put right
with God.
————————————————————————
LUKE 15:1-3,11b-32
(The Message) by Eugene Peterson ©2002
The story of a prodigal Father, the wandering and
repentance of a younger son, and a resentful
firstborn brother.
Luke 15:1-20
1 By this time a lot of men and women of doubtful
reputation were hanging around Jesus, listening intently.
2 The Pharisees and religion scholars were not
pleased, not at all pleased. They growled, "He takes
in sinners and eats meals with them, treating them
like old friends."
3 Their grumbling triggered this story.
4 "Suppose one of you had a hundred sheep and
lost one. Wouldn't you leave the ninety-nine in the
wilderness and go after the lost one until you found it?
5 When found, you can be sure you would put it across
your shoulders, rejoicing,
6 and when you got home call in your friends and
neighbors, saying, 'Celebrate with me! I've found my
lost sheep!'
7 Count on it - there's more joy in heaven over one
sinner's rescued life than over ninety-nine good
people in no need of rescue.
8 "Or imagine a woman who has ten coins and loses
one. Won't she light a lamp and scour the house,
looking in every nook and cranny until she finds it?
9 And when she finds it you can be sure she'll call
her friends and neighbors: 'Celebrate with me! I
found my lost coin!'
10 Count on it - that's the kind of party God's angels
throw every time one lost soul turns to God."
11 Then he said, "There was once a man who had
two sons.
12 The younger said to his father, 'Father, I want right
now what's coming to me.'
13 It wasn't long before the younger son packed his
bags and left for a distant country. There, undisciplined
and dissipated, he wasted everything he had.
14 After he had gone through all his money, there
was a bad famine all through that country and he began
to hurt.
15 He signed on with a citizen there who assigned him
to his fields to slop the pigs.
16 He was so hungry he would have eaten the
corncobs in the pig slop, but no one would give him any.
17 "That brought him to his senses. He said, 'All those
farmhands working for my father sit down to three
meals a day, and here I am starving to death.
18 I'm going back to my father. I'll say to him, Father,
I've sinned against God, I've sinned before you;
19 I don't deserve to be called your son. Take me on
as a hired hand.'
20 He got right up and went home to his father.
When he was still a long way off, his father saw him.
His heart pounding, he ran out, embraced him, and
kissed him. 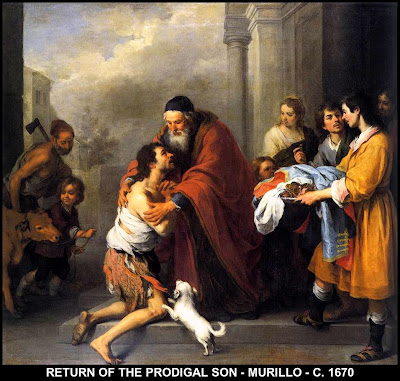 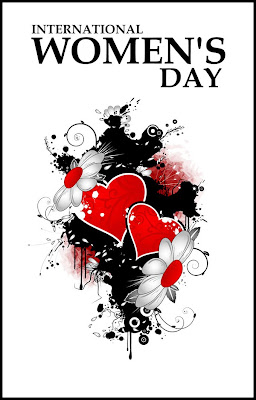 "International Women's Day is the story of ordinary
women as makers of history; it is rooted in the
centuries-old struggle of women to participate in
society equally with men," — United Nations.

More than 1 million women and men attended
rallies in Austria, Denmark, Switzerland and
Germany in 1911, according to the United Nations.
They demanded that women be given the right to
vote and to hold public office. They demanded an
end to job discrimination. 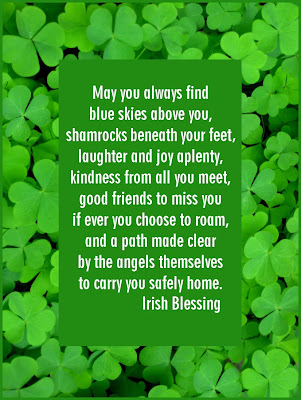 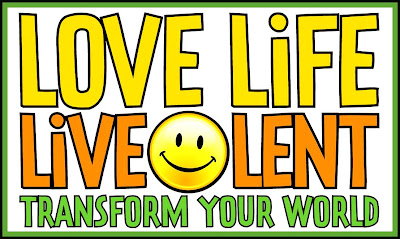 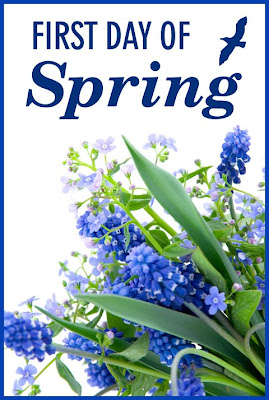 WE ARE HAPPY TO HAVE THE SUN COMING
BACK TO TOWN. HE PROBABLY HAS SOME
REAL STORIES TO TELL. 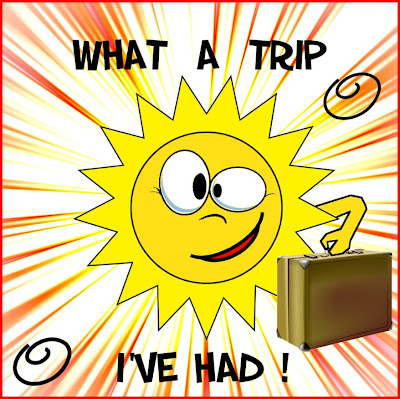 THANK YOU FOR ALL THAT YOU HAVE DONE
TO KEEP THE WHEELS ROLLING.
YOU ARE A REMARKABLE CREW.