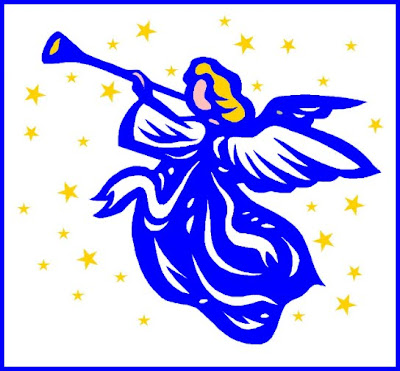 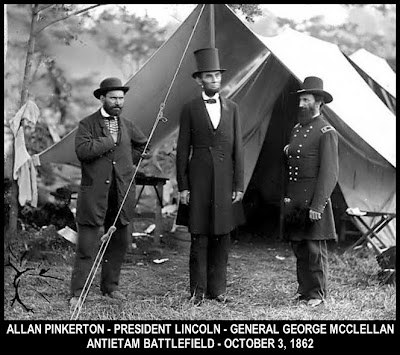 President Lincoln wrote this proclamation setting a
National Day of Prayer. It was later ruled
unconstitutional because of separation of church
and state.
Now, therefore, in compliance with the request, and
fully concurring in the views of the Senate, I do, by
this my proclamation, designate and set apart
Thursday, the 30th. day of April, 1863, as a day of
national humiliation, fasting and prayer. And I do
hereby request all the People to abstain, on that day,
from their ordinary secular pursuits, and to unite, at
their several places of public worship and their
respective homes, in keeping the day holy to the Lord,
and devoted to the humble discharge of the religious
duties proper to that solemn occasion.

All this being done, in sincerity and truth, let us then
rest humbly in the hope authorized by the Divine
teachings, that the united cry of the Nation will be heard
on high, and answered with blessings, no less than the
pardon of our national sins, and the restoration of our
now divided and suffering Country, to its former happy
condition of unity and peace.

In witness whereof, I have hereunto set my hand and
caused the seal of the United States to be affixed.

Done at the City of Washington, this thirtieth day of March,
in the year of our Lord one thousand eight hundred and
sixty-three, and of the Independence of the United States
the eighty seventh. By the President: Abraham Lincoln
It is difficult to comprehend that he had very little formal
education.
≈≈≈≈≈≈≈≈≈≈≈≈≈≈≈≈≈≈≈≈≈≈≈≈≈≈≈≈≈≈≈≈≈≈≈≈≈≈≈≈≈≈≈≈≈
SUNDAY, FEBRUARY 14, 2010
This is the Sunday of Transfiguration.
COLOR: WHITE Today's Scripture Readings are
intentionally related to one another:
EXODUS 34:29-35
(New International Reader's Version) NIRV
In Exodus, a powerful and direct encounter with
the glory of God leads to the transfiguration of
Moses and his transformation as a leader of
worship and community. Moses returns from
Sinai with the two tablets of the covenant. His
face shines in a way that frightens the people,
so he begins to wear a veil when he instructs
the people, but takes it off when offering worship
in the tabernacle.
THE FACE OF MOSES SHINES
29 Moses came down from Mount Sinai. He had the
two tablets of the covenant in his hands. His face was
shining because he had spoken with the Lord. But
he didn't realize it. 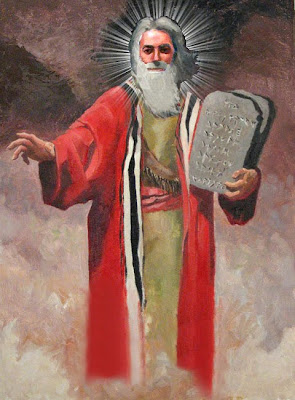 30 Aaron and all of the people of Israel saw Moses.
His face was shining. So they were afraid to come
near him. 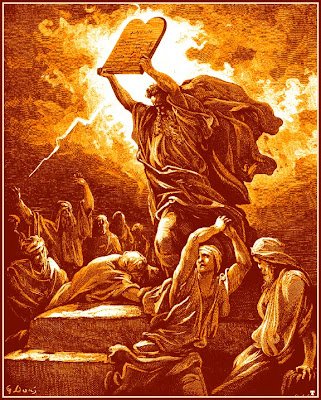 31 But Moses called out to them. So Aaron and all of
the leaders of the community came to him. And Moses
spoke to them.
32 After that, all of the people came near him. And he
gave them all of the commands the LORD had given
him on Mount Sinai.
33 Moses finished speaking to them. Then he put a
veil over his face. 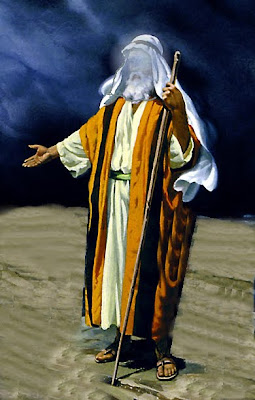 1 The LORD reigns,
let the nations tremble;
he sits enthroned between the cherubim,
let the earth shake.

2 Great is the LORD in Zion;
he is exalted over all the nations.

3 Let them praise your great and awesome name—
he is holy.

4 The King is mighty, he loves justice—
you have established equity;
in Jacob you have done
what is just and right.

5 Exalt the LORD our God
and worship at his footstool;
he is holy.

6 Moses and Aaron were among his priests,
Samuel was among those who called on his name;
they called on the LORD
and he answered them.

7 He spoke to them from the pillar of cloud;
they kept his statutes and the decrees he gave them.

8 O LORD our God,
you answered them;
you were to Israel a forgiving God,
though you punished their misdeeds.

9 Exalt the LORD our God
and worship at his holy mountain,
for the LORD our God is holy.
————————————————————————
2 CORINTHIANS 3:12, 4:2
New Living Translation (NLT)
Paul uses the "veiling" motif from the first reading,
to speak of the church's ongoing access to the glory
of God in the face of Jesus and to describe the
integrity with which he approaches his own mission.
Paul argues that Christians neither veil their faces
nor their minds when they read Scripture because
in it they see Jesus, and in Jesus they see the glory
of God reflected.
2 Corinthians 3:12
12 Since this new way gives us such confidence,
we can be very bold.
2 Corinthians 4:2
2 We reject all shameful deeds and underhanded
methods. We don’t try to trick anyone or distort the
word of God. We tell the truth before God, and all
who are honest know this.
————————————————————————
LUKE 9:28-44
(New Living Translation) NLT THE TRANSFIGURATION
28 About eight days later Jesus took Peter, John, and
James up on a mountain to pray.
29 And as he was praying, the appearance of his face
was transformed, and his clothes were dazzling white.
30 Suddenly, two men, Moses and Elijah, appeared
and began talking with Jesus.
31 They were glorious to see. And they were speaking
about his exodus from this world, which was about to
be fulfilled in Jerusalem. 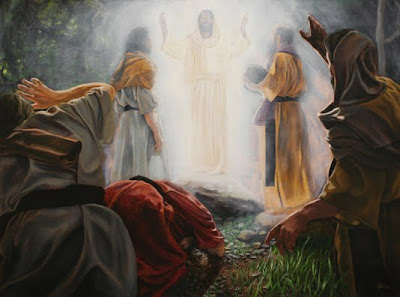 32 Peter and the others had fallen asleep. When they
woke up, they saw Jesus’ glory and the two men
standing with him.
33 As Moses and Elijah were starting to leave, Peter,
not even knowing what he was saying, blurted out,
“Master, it’s wonderful for us to be here! Let’s make
three shelters as memorials - one for you, one for
Moses, and one for Elijah.”
34 But even as he was saying this, a cloud shadowed
them, and terror gripped them as the cloud covered them.
35 Then a voice from the cloud said, “This is my Son, my
Chosen One. Listen to him.”
36 When the voice finished, Jesus was there alone.
They didn’t tell anyone at that time what they had seen.
JESUS HEALS A DEMON POSSESSED BOY
37 The next day, after they came down the mountain,
a large crowd met Jesus.
38 A man in the crowd called out to him, “Teacher, I
beg you to look at my son, my only child.
39 An evil spirit keeps seizing him, making him scream.
It throws him into convulsions so that he foams at the
mouth. It batters him and hardly ever leaves him alone.
40 I begged your disciples to cast out the spirit, but they
couldn’t do it.”
41 Jesus said, “You faithless and corrupt people! How
long must I be with you and put up with you?” Then he
said to the man, “Bring your son here.”
42 As the boy came forward, the demon knocked him to
the ground and threw him into a violent convulsion. But
Jesus rebuked the evil spirit and healed the boy. Then
he gave him back to his father. 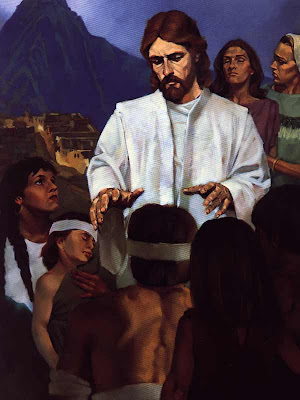 Emperor Claudius II of Rome, was having a difficult
time recruiting men as soldiers. He believed that the
men did not want to leave their sweethearts and he
canceled all engagements and marriages throughout
Rome. St. Valentine, a priest in Rome at the time,
secretly married couples. He was caught, arrested
and condemned. He was beaten to death and
beheaded on February 14th, around the year 270.
• Valentine Day greetings became popular during the
middles ages.
• During the 1800’s Valentines began to be
manufactured in factories.
• Norcross, now known as Hallmark, began to publish
Valentine Day cards in the early 1900’s. 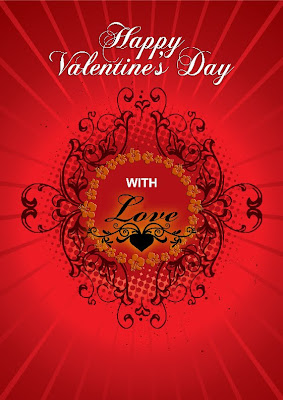 Faith-Sharing in Worship:
“Unbinding the Gospel” at the Lewis UCMC –
Nadine Aydt and friends 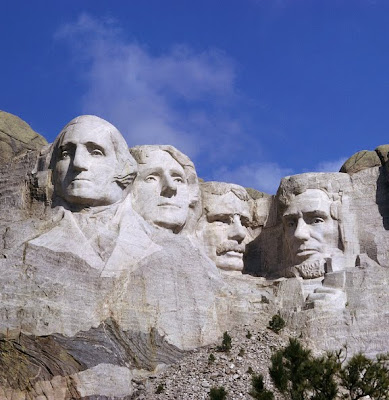 • BRING IN YOUR DRIED PALM FRONDS
BEFORE ASH WEDNESDAY.
Pastor Lynn's and Naomi's day off. The office will be closed.
**Women of the Bible Study will be in the
Adair U.M.C. at 9:00 A.M. this morning 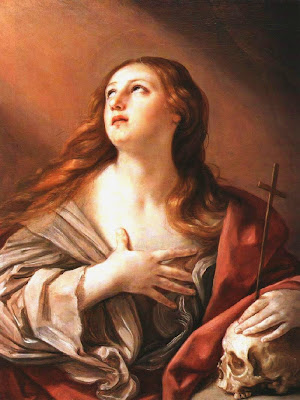 Pray for our neighbors in Haiti. Their government has
decided to require volumes of paper work to achieve
even the smallest task. We should still try to get
needed products to the people who will actually use
them, in spite of bureaucratic road blocks that so often
materialize in these situations. Who will care about the
people?