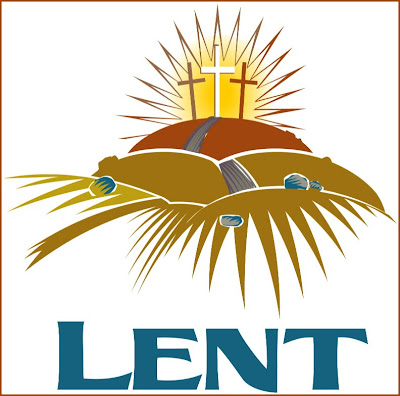 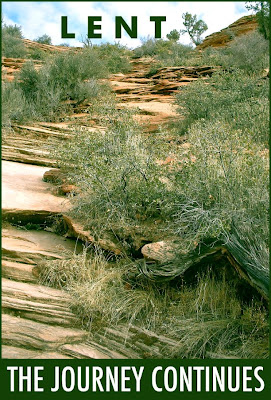 A JOURNEY TO HOPE: SELF ESTEEM
LENTEN SCRIPTURE: MARK 11:1-11
(The Message) by Eugene Peterson ©2002
1 When they were nearing Jerusalem, at Bethphage
and Bethany on Mount Olives, he sent off two of the disciples with instructions: 2 "Go to the village across from you. As soon as you
enter, you'll find a colt tethered, one that has never
yet been ridden. Untie it and bring it. 3 If anyone asks, 'What are you doing?' say,
'The Master needs him, and will return him right away.'" 4 They went and found a colt tied to a door at the
street corner and untied it. 5 Some of those standing there said, "What are you
doing untying that colt?" 6 The disciples replied exactly as Jesus had
instructed them, and the people let them alone. 7 They brought the colt to Jesus, spread their coats
on it, and he mounted. 8 The people gave him a wonderful welcome, some
throwing their coats on the street, others spreading
out rushes they had cut in the fields. 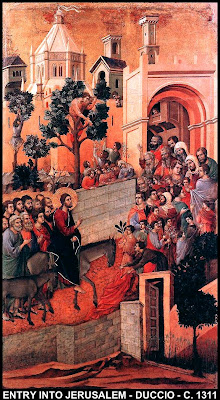 9 Running ahead and following after, they were calling
out, Hosanna! Blessed is he who comes in God's name! 10 Blessed the coming kingdom of our father David!
Hosanna in highest heaven! 11 He entered Jerusalem, then entered the Temple.
He looked around, taking it all in. But by now it was
late, so he went back to Bethany with the Twelve.
Our other Scripture Readings are:
GENESIS 15:1-12, 17-18.
(The Message) by Eugene Peterson ©2002
God establishes a covenant with Abram to make him
a "father of many nations."

GENESIS 15:1-12
1 After all these things, this word of God came to
Abram in a vision: "Don't be afraid, Abram. I'm your
shield. Your reward will be grand!"
2 Abram said, "God, Master, what use are your gifts
as long as I'm childless and Eliezer of Damascus is
going to inherit everything?"
3 Abram continued, "You've given me no children,
and now a mere house servant is going to get it all."
4 Then God's Message came: "Don't worry, he won't
be your heir; a son from your body will be your heir."
5 Then he took him outside and said, "Look at the
sky. Count the stars. Can you do it? Count your
descendants! You're going to have a big family,
Abram!"
6 And he believed! Believed God! God declared him
"Set-Right-with-God."
7 God continued, "I'm the same God who brought
you from Ur of the Chaldees and gave you this land
to own."
8 Abram said, "Master God, how am I to know this,
that it will all be mine?" 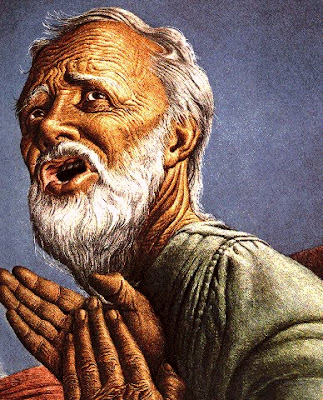 9 God said, "Bring me a heifer, a goat, and a ram,
each three years old, and a dove and a young pigeon."
10 He brought all these animals to him, split them
down the middle, and laid the halves opposite each
other. But he didn't split the birds.
11 Vultures swooped down on the carcasses, but
Abram scared them off.
12 As the sun went down a deep sleep overcame
Abram and then a sense of dread, dark and heavy.

1 The Lord is my light and my salvation; I will fear no
one. The Lord protects me from all danger; I will never
be afraid.
2 When evil people attack me and try to kill me, they
stumble and fall.
3 Even if a whole army surrounds me, I will not be
afraid; even if enemies attack me, I will still trust God.
4 I have asked the Lord for one thing; one thing only
do I want: to live in the Lord's house all my life, to marvel
there at his goodness, and to ask for his guidance.
5 In times of trouble he will shelter me; he will keep me
safe in his Temple and make me secure on a high rock.
6 So I will triumph over my enemies around me. With
shouts of joy I will offer sacrifices in his Temple; I will
sing, I will praise the Lord.
7 Hear me, Lord, when I call to you! Be merciful and
answer me!
8 When you said, "Come worship me," I answered,
"I will come, Lord."
9 Don't hide yourself from me! Don't be angry with me;
don't turn your servant away. You have been my help;
don't leave me, don't abandon me, O God, my savior.
10 My father and mother may abandon me, but the
Lord will take care of me.
11 Teach me, Lord, what you want me to do, and lead
me along a safe path, because I have many enemies.
12 Don't abandon me to my enemies, who attack me
with lies and threats.
13 I know that I will live to see the Lord's goodness in
this present life.
14 Trust in the Lord. Have faith, do not despair.
Trust in the Lord.
––––––––––––––––––––––––––––––––––––––––––––
PHILIPPIANS 3:17-4:1
(The Message) by Eugene Peterson ©2002
Philippians calls the still fairly young community of
Christians in Philippi into "perseverance" in the way
of Jesus. Our citizenship (the strongest Roman
analog to covenant) is in heaven, and the power of
God manifest in Christ's resurrection will transform us
to the body of Christ's glory. In the context of Philippi,
a Roman colony with a high population of retired military
veterans, "enemies" meant "foreigners on the borders
of the empire who are to be stood against to stop
invasions. Citizenship related to Roman citizenship.
Savior was a term primarily devoted to Caesar. Paul
could very well have been accused of subversion as
he reframed all of these accepted Roman and military
images.
PHILIPPIANS 3:17-21
17 Stick with me, friends. Keep track of those you see
running this same course, headed for this same goal.
18 There are many out there taking other paths,
choosing other goals, and trying to get you to go along
with them. I've warned you of them many times; sadly,
I'm having to do it again. All they want is easy street.
They hate Christ's Cross.
19 But easy street is a dead-end street. Those who live
there make their bellies their gods; belches are their
praise; all they can think of is their appetites.
20 But there's far more to life for us. We're citizens of
high heaven! We're waiting the arrival of the Savior,
the Master, Jesus Christ,
21 who will transform our earthy bodies into glorious
bodies like his own. He'll make us beautiful and whole
with the same powerful skill by which he is putting
everything as it should be, under and around him.
PHILIPPIANS 4:1
1 My dear, dear friends! I love you so much. I do want
the very best for you. You make me feel such joy, fill
me with such pride. Don't waver.
Stay on track, steady in God.
––––––––––––––––––––––––––––––––––––––––––––
LUKE 13:31-35.
(The Message) by Eugene Peterson ©2002
Jesus laments over the resistance of "Jerusalem"
to the voice and word of God. Remember what
Jesus says at the end of this passage from Luke:
"You will not see me again until you say, 'Blessed
is the one who comes in the name of the Lord.'
LUKE 13:31-35
31 Just then some Pharisees came up and said, "Run
for your life! Herod's on the hunt. He's out to kill you!"
32 Jesus said, "Tell that fox that I've no time for him
right now. Today and tomorrow I'm busy clearing out
the demons and healing the sick; the third day I'm
wrapping things up.
33 Besides, it's not proper for a prophet to come to
a bad end outside Jerusalem.
34 Jerusalem, Jerusalem, killer of prophets, abuser of
the messengers of God! How often I've longed to gather
your children, gather your children like a hen, Her brood
safe under her wings - but you refused and turned away!
35 And now it's too late: You won't see me again until the
day you say,
'Blessed is he who comes in the name of God.'"
≈≈≈≈≈≈≈≈≈≈≈≈≈≈≈≈≈≈≈≈≈≈≈≈≈≈≈≈≈≈≈≈≈≈≈≈≈≈≈≈≈≈≈≈≈
Black History Month concludes today. 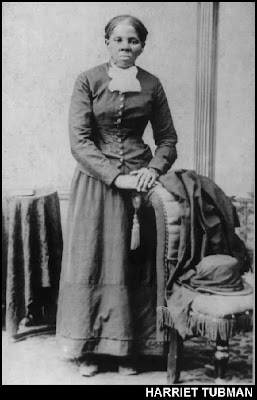 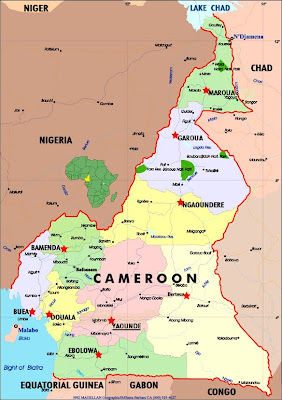 Cameroon is slightly larger than California with a
population of over 18,000,000 people. 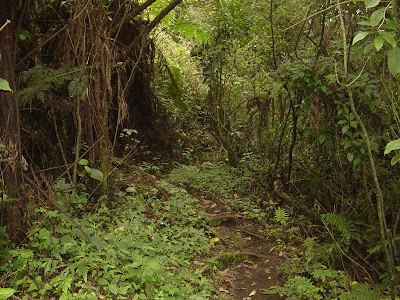 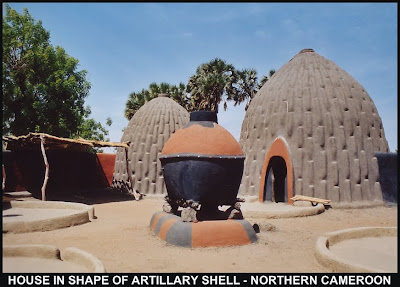 Cameroon has a good school attendance rate with
girls attending school less regularly than boys
because of early marriage, pregnancy, and sexual
harassment.
There is an increasing rate of HIV infection among
young women and girls.
The quality of health care is generally low. 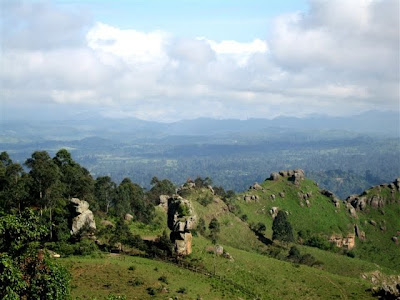 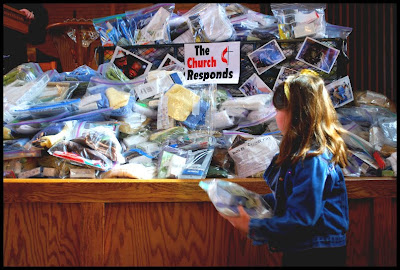 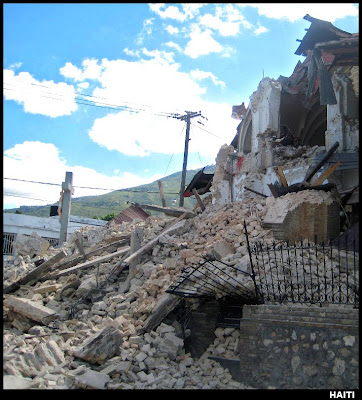 BY JIM WYSS - MIAMI HERALD
PORT-AU-PRINCE -- A few blocks from where men
line up for backbreaking jobs digging corpses from
the rubble for about $3 a day, a hotel is selling a ham
sandwich for five times that amount.As throngs of
anxious Haitians jostle for bags of rice being tossed
from the back of a U.N. truck, women at a market
struggle to find a buyer for overflowing sacks of fruits,
grains and vegetables.

Haiti's earthquake pulverized concrete and twisted
metal, and the nation's economy. Haitians still dig
for their dead and the government struggles to
reorganize. 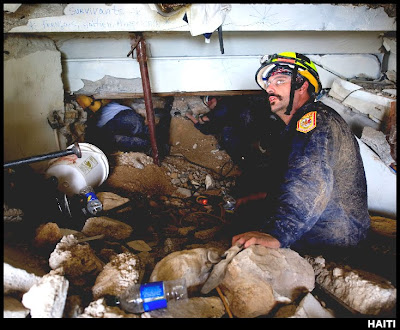 Having many stressors can be very emotionally
draining for the human psyche. Our winter weather
does not help in any way. Make it a point to take
care of yourselves. Do something relaxing - do
something you enjoy now and then, and do not
give in to guilt. We are one month from the first day
of Spring. YES!