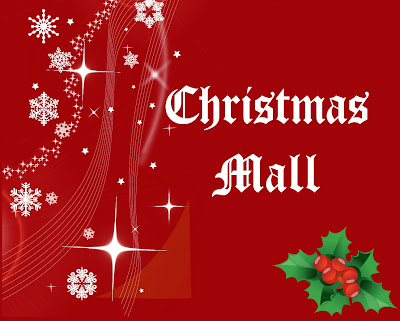 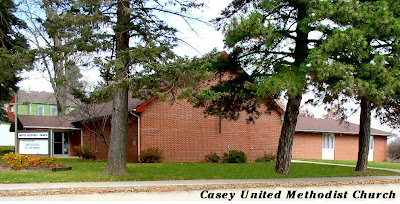 2 The LORD says, "Bethlehem, you might not be an
important town in the nation of Judah. But out of you
will come a ruler over Israel for me. His family line goes
back to the early years of your nation. It goes all the way
back to days of long ago." Bethlehem, also called Ephrathah.
3 The LORD will hand his people over to their enemies.
That will last until the promised ruler is born. Then his
relatives in Judah will return to their land. The LORD will
rule over them and the people of Israel.
4 The promised ruler will stand firm and take care of his
flock. The LORD will give him the strength to do it. The
LORD his God will give him the authority to rule. His people
will live safely. His greatness will reach from one end of the
earth to the other.
The LORD Will Save His People From Their Enemies.
5 And he will bring them peace. The Assyrians will attack
our land. Enemies will march through our forts. But we will
raise up many shepherds against them. We'll send out
against them as many leaders as we need to.
————————————————————————
LUKE 1:46b-55 (UMH 199)
It is the Virgin Mary's joyous prayer in response to her
cousin Elizabeth's greeting. In Mary's Song, often
called "Magnificat", after its opening word in Latin,
the lowliness of Mary recapitulates the lowliness
of Bethlehem in the prophecy from Micah, and the
"strength of God's arm" acts as both defender
against oppressors (the proud, the mighty, the rich)
and provider for the lowly, the hungry). God's
strength does not underwrite, but scatters the proud,
pulls down the mighty from their seats, and lifts up
the lowly.CANTICLE OF MARY (Magnificat)
My soul proclaims the greatness of the Lord,
My Spirit rejoices in God my Saviour
For He has looked with favour on His lowly servant.

From this day all generations will call me blessed:
The Almighty has done great things for me,
And holy is His Name.

He has mercy on those who fear Him
In every generation.

He has shown the strength of His arm,
He has scattered the proud in their conceit.

He has cast down the mighty from their thrones,
And has lifted up the lowly.

He has filled the hungry with good things,
And the rich He has sent away empty.

He has come to the help of His servant Israel
For He has remembered His promise of mercy,
The promise He made to our fathers,
To Abraham and his children for ever.
————————————————————————
HEBREWS 10:5-10
(New International Reader's Version) NIRV
Jesus fulfilled the prophecy of Psalm 40:4-6 by
offering his whole life in obedient service to God,
and thus ending and replacing the sacrificial system
of the Aaronic priesthood.
5 So when Christ came into the world, he said, "You
didn't want sacrifices and offerings. Instead, you prepared
a body for me.
6 You weren't pleased with burnt offerings and sin
offerings.
7 Then I said, 'Here I am. It is written about me in the scroll.
God, I have come to do what you want.' "
8 First Christ said, "You didn't want sacrifices and offerings.
You didn't want burnt offerings and sin offerings. You weren't
pleased with them." He said that even though the law
required people to bring them.
9 Then he said, "Here I am. I have come to do what you want."
He did away with the first. He did it to put the second in place.
10 We have been made holy by what God wanted. We have
been made holy because Jesus Christ offered his body once
and for all time.
————————————————————————
LUKE 1:39-45 (New International Version) NIV
Here, and in Mary's song (which follows in Luke, but
precedes in the given order of today's readings), we
see prophecy happening in "real time," as it were.
Elizabeth, priest's elderly and miraculously pregnant
wife, receives unwed Mary and her unborn child and
breaks forth in blessing and wonder. Though the
mothers of John and Jesus meet, the account is
portrayed as a meeting of the two children, since
John reacts to the meeting as Elizabeth makes clear. 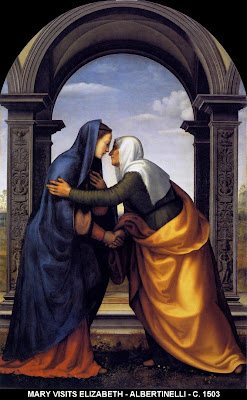 MARY VISITS ELIZABETH
39 At that time Mary got ready and hurried to a town
in the hill country of Judea,
40 where she entered Zechariah's home and greeted
Elizabeth.
41 When Elizabeth heard Mary's greeting, the baby
leaped in her womb, and Elizabeth was filled with the
Holy Spirit.
42 In a loud voice she exclaimed: "Blessed are you
among women, and blessed is the child you will bear!
43 But why am I so favored, that the mother of my Lord
should come to me?
44 As soon as the sound of your greeting reached my
ears, the baby in my womb leaped for joy.
45 Blessed is she who has believed that what the Lord
has said to her will be accomplished!" 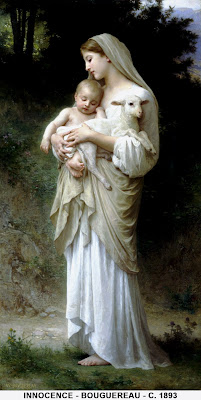 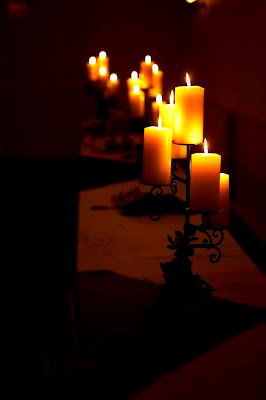 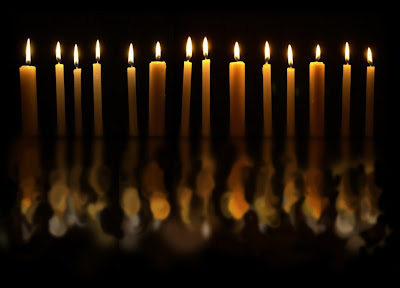 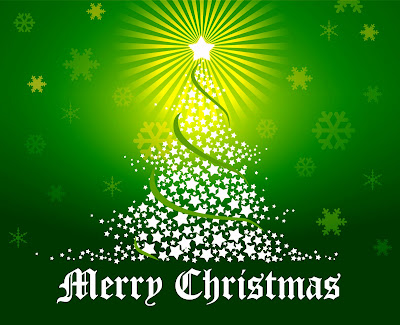 CAN YOU IDENTIFY THESE CAROLS?
(-1) Quadruped with crimson proboscis

(-3) Miniscule hamlet in the far east

(-6) Exuberance directed to the planet

(-9) Yonder in the haystack

(10) Assemble, everyone who believes

(12) Fantasies of a colorless December 25th

(15) Befell during the transparent bewitching hour

(17) I merely desire a pair of incisors

(19) Perambulating through a December solstice fantasy

“There is no planet B”, read a banner waved by
demonstrators in the Danish capital. Some activists
dressed as polar bears with signs reading:
“Save the Humans!”.

Rallies were held around the world, hoping to influence
delegates to agree on strong measures to cut greenhouse
gas emissions at the 190-nation talks in Copenhagen.

Whether this is a natural global change or a man made
event, we must consider what practices are necessary
to keep this wonderful, magnificent planet livable for
everyone. 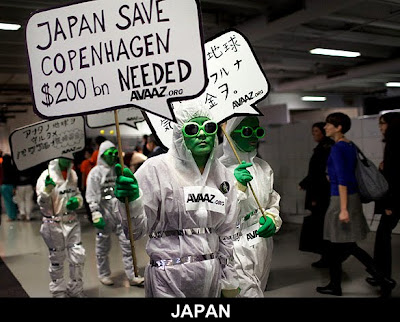 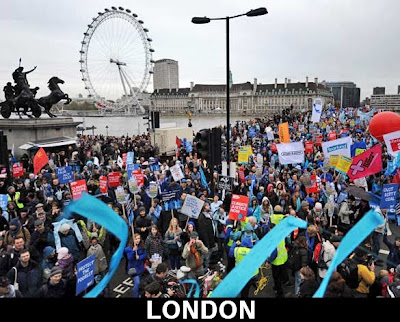 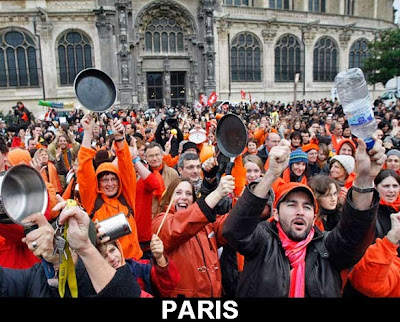