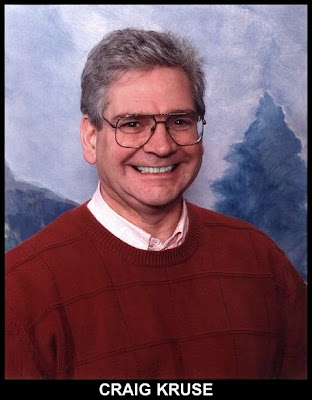 He has shared the stage with Grateful Heart from
Omaha, Spoken 4 from Branson, Blackwood Gospel
Quartet from Knoxville, TN, among others.

Our Scripture Readings for today are:
2 SAMUEL 11:26-12:13a
David takes Bathsheba, pregnant with his
child, into his household as one of his
wives when news of Uriah's death/murder
arrives. The Lord sends Nathan to rebuke
David and to announce a curse upon him
and his family to last for generations.
David acknowledges his sin (stealing
another man's wife - having him murdered).
David himself will die a weak, shivering and
broken man. Ultimately, after his son,
Solomon consolidates power during his
reign, Israel itself will be divided into two
nations in the coming generation.
2 Samuel 11:26-12:13
(New International Version) NIV
26 When Uriah's wife heard that her husband was dead,
she mourned for him.
27 After the time of mourning was over, David had her
brought to his house, and she became his wife and bore
him a son.
But the thing David had done displeased the LORD.
2 Samuel 12
Nathan Rebukes David
1 The LORD sent Nathan to David. When he came
to him, he said, "There were two men in a certain
town, one rich and the other poor.
2 The rich man had a very large number of sheep
and cattle,
3 but the poor man had nothing except one little ewe
lamb he had bought. He raised it, and it grew up with
him and his children. It shared his food, drank from his
cup and even slept in his arms. It was like a daughter
to him.
4 "Now a traveler came to the rich man, but the rich man
refrained from taking one of his own sheep or cattle to
prepare a meal for the traveler who had come to him.
Instead, he took the ewe lamb that belonged to the poor
man and prepared it for the one who had come to him."
5 David burned with anger against the man and said to
Nathan, "As surely as the LORD lives, the man who did
this deserves to die!
6 He must pay for that lamb four times over, because he
did such a thing and had no pity."
7 Then Nathan said to David, "You are the man! This is
what the LORD, the God of Israel, says: 'I anointed
you king over Israel, I delivered you from the hand
of Saul.
8 I gave your master's house to you, and your
master's wives into your arms. I gave you the house
of Israel and Judah. And if all this had been too little,
I would have given you even more.
9 Why did you despise the word of the LORD by doing
what is evil in his eyes? You struck down Uriah the Hittite
with the sword and took his wife to be your own. You
killed him with the sword of the Ammonites.
10 Now, therefore, the sword will never depart from your
house, because you despised me and took the wife of
Uriahthe Hittite to be your own.'
11 "This is what the LORD says: 'Out of your own
household I am going to bring calamity upon you. Before
your very eyes I will take your wives and give them to one
who is close to you, and he will lie with your wives in
broad daylight.
12 You did it in secret, but I will do this thing in broad
daylight before all Israel.' " 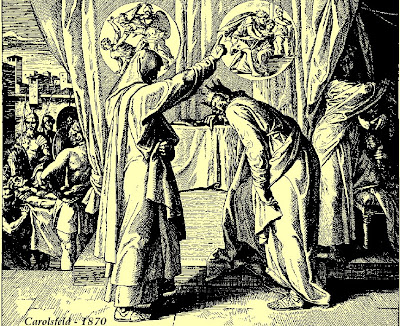 13 Then David said to Nathan, "I have sinned against
the LORD." Nathan replied, "The LORD has taken
away your sin. You are not going to die.

PSALM 51:1-12 (UMH 785)
(New Living Translation) NLT
A psalm sometimes described as David's confession
after the confrontation with Nathan. Whether David
wrote it after being confronted by Nathan or not, it
helps us pray honestly about our sins . . . . about
mercy, salvation, and hope we seek from God in the
face of our own deeds of selfishness.

1 Have mercy on me, O God,
because of your unfailing love.
Because of your great compassion,
blot out the stain of my sins.
2 Wash me clean from my guilt.
Purify me from my sin.
3 For I recognize my rebellion;
it haunts me day and night.
4 Against you, and you alone, have I sinned;
I have done what is evil in your sight.
You will be proved right in what you say,
and your judgment against me is just.
5 For I was born a sinner—
yes, from the moment my mother conceived me.
6 But you desire honesty from the womb,
teaching me wisdom even there.
7 Purify me from my sins, and I will be clean;
wash me, and I will be whiter than snow.
8 Oh, give me back my joy again;
you have broken me—
now let me rejoice.
9 Don’t keep looking at my sins.
Remove the stain of my guilt.
10 Create in me a clean heart, O God.
Renew a loyal spirit within me.
11 Do not banish me from your presence,
and don’t take your Holy Spirit[d] from me.
12 Restore to me the joy of your salvation,
and make me willing to obey you.EPHESIANS 4:1-16
(New International Reader's Version)NIRV
Much of Ephesians seems to presume a general
state of "things going well" among the churches
centered around Ephesus. The intensity of the
language of "unity" this week may point to
crossing many cultures and times. The word
"unity" has not lost it's importance over the
centuries. The abundant giftedness of the members
of the body of Christ is designed by God to build
up its unity under Jesus Christ and in the power
of the Holy Spirit. "One body, one Spirit, one hope
of calling, one Lord, one faith, one baptism,
one God and Father of all".
THE BODY OF CHRIST IS ONE
1 I am a prisoner because of the Lord. So I am asking
you to live a life worthy of what God chose you for.
2 Don't be proud at all. Be completely gentle. Be patient.
Put up with one another in love.
3 The Holy Spirit makes you one in every way. So try
your best to remain as one. Let peace keep you together.
4 There is one body. There is one Spirit. You were
appointed to one hope when you were chosen.
5 There is one Lord. There is one faith and one baptism.
6 There is one God and Father of all. He is over
everything. He is through everything. He is in everything.
7 But each one of us has received a gift of grace, just as
Christ wanted us to have it.
8 That is why Scripture says,
"When he went up to his place on high,
he led a line of prisoners.
He gave gifts to people." —(Psalm 68:18)
9 What does "he went up" mean? It can only mean that
he also came down to the lower, earthly places.
10 The One who came down is the same as the One who
went up higher than all the heavens. He did it in order to
fill all of creation.
11 He is the One who gave some the gift to be apostles.
He gave some the gift to be prophets. He gave some the
gift of preaching the good news. And he gave some the
gift to be pastors and teachers.
12 He did it so that they might prepare God's people to
serve. If they do, the body of Christ will be built up.
13 That will continue until we all become one in the faith
and in the knowledge of God's Son. Then we will be grown
in the faith. We will receive everything that Christ has for us.
14 We will no longer be babies in the faith. We won't be
like ships tossed around by the waves. We won't be blown
here and there by every new teaching. We won't be blown
around by the cleverness and tricks of people who try to hide
their evil plans.
15 Instead, we will speak the truth in love. We will grow up
into Christ in every way. He is the Head. 16 He makes the
whole body grow and build itself up in love. Under the
control of Christ, each part of the body does its work. It
supports the other parts. In that way, the body is joined and
held together. JOHN 6:24-35
(New Living Translation)NLT
Jesus announces to the crowd that crossed the sea
to catch up with him, "I am the bread of life."
The dialog between Jesus and his "inferior" seekers
continues as they ask another question that may
seem out of the blue. "What do we need to do so we
can perform the works of God?" The question shows
hey're still not "getting it." Now they want to be able
to pull off the "trick" Jesus did. And they want the
secret to the "magic." It was not magic. It was a sign.
They don't get it. Jesus knows that. He offers them a
way to "get it" if they will take him up on it. "This is the
work of God: that you believe into the one God has sent."
"Believe into" means "commit your life to following."
If you become my follower, my disciples, Jesus says,
then you can "get it." Then you'll see the signs, and you'll
heed them, too. Not instantly, but by the practice over
ime of following him, you will.
24 So when the crowd saw that neither Jesus nor his
disciples were there, they got into the boats and went
across to Capernaum to look for him. 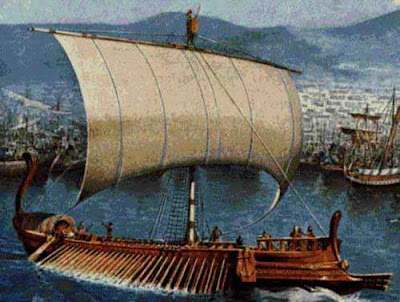 In May 1945, the U.S. was still engaged in heavy
fighting with the Japanese at Iwo Jima and Okinawa.
In these conflicts, the United States had sustained more
than 75,000 casualties. The U.S. sharply remembered
the bombing of U.S. ships in Pearl Harbor, Hawaii.
Vindication and a desire to end the war strengthened
the resolve of the United States to quickly and
decisively conclude it. Japanese losses had been
staggering. Their navy and air corps had been decimated.
Yet, Japanese resolve stayed strong.
Keep in mind, this was not simply a personal vendetta
between the U.S. and Japan. Devastating city bombing
continued in Europe. This was the whole world at war. 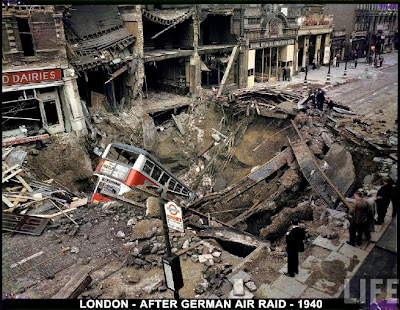 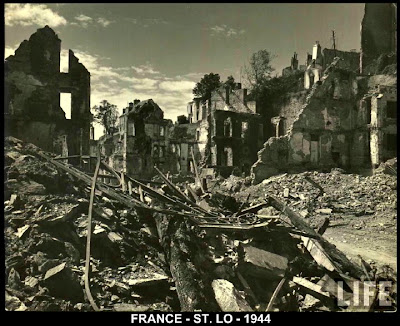 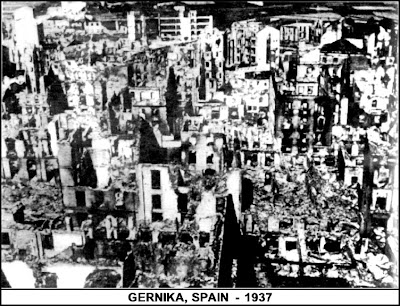 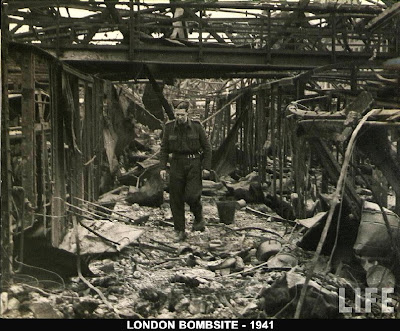 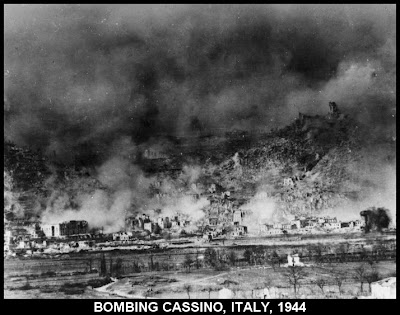 The Allies in late July 1945 declared at Potsdam that
the Japanese must unconditionally surrender. Japanese
leaders flatly rejected the Potsdam Declaration.
If a country, a leader, or even a warlord has it in his
head that he should rule the world, how can we stop it?
July 16, 1945, the world's first Atomic Bomb was
detonated. The explosion carrying more power than
20,000 tons of TNT and visible for more than 200 miles
succeeded. 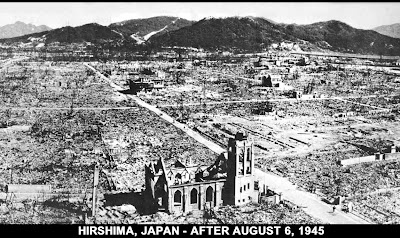 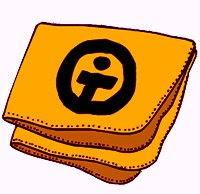 That translates into 15 BLANKETS!
THANK YOU for the heartfelt offering given so
others may be blessed with comfort from the
CWS Mission.

THANK YOU to everyone who helped organize
and serve both the CASEY FUN DAYS luncheon
and the CHUCK WAGON DAYS luncheon. These
are enormous tasks and thanks to your gift of
time and energy, both meals were a great success.

Congratulations to all who received awards at the
Adair County Fair.

Now, go home and put your feet up.