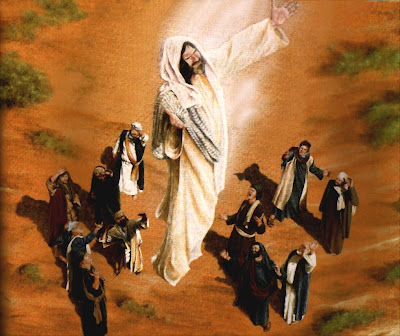 "Heaven" is not "up" for us as it would have been
in the culture at the time Jesus lived. We look up
and see a boundless universe; a tiny part of the
galaxy in which our solar system resides, held
together and flying apart by forces that the best
physicists and mathematicians in the world cannot
fully explain. This does not mean it is unexplainable.
It means we do not yet understand. 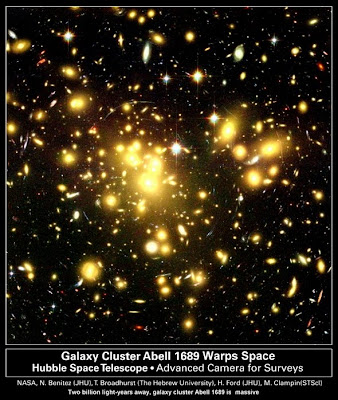 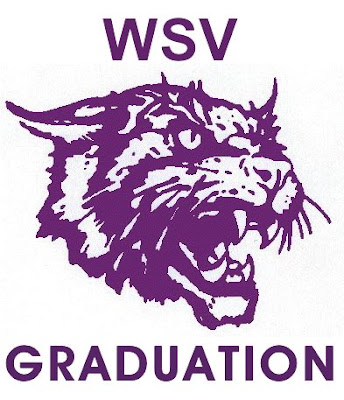 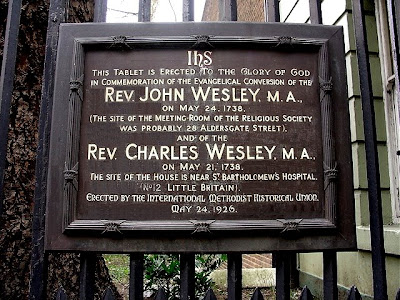 This sign commemorates the conversion of John and
Charles Wesley in a meeting house on Aldersgate
Street. This street was connected to the Alders Gate
in the old London Wall built by the Romans. 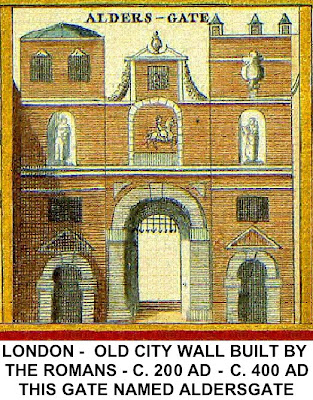 LONDON CITY WALL
The wall appears to have been built in the late 2nd
century and continued to be developed until at least
the end of the 4th century, making it among the last
major building projects undertaken by the Romans
before they withdrew from England. 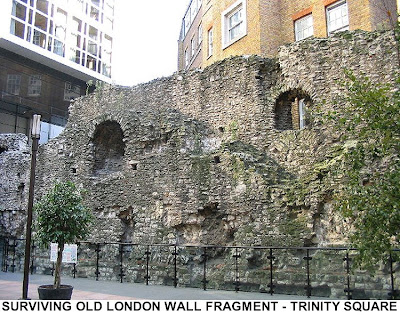 If anyone thinks John Wesley had an easy life, read
a condensed account in Wikipedia. He was rescued
from a burning house as a child. He was asked to
take a church in Savannah, Georgia in 1735, when
America was still "The Colonies". In Georgia he was
sued for breach of promise by a female parishioner.
The proceedings ended in a mistrial but the damage
was done and he had to return to England.
Stephen Tomkins writes that Wesley "rode 250,000
miles, gave away 30,000 pounds, and preached more
than 40,000 sermons. Indeed a noble life.
———————————————————————
SCRIPTURE READINGS FOR TODAY:
• ACTS 1:15-17, 21-26 —
(New Living Translation) NLT
The apostles (disciples) needed to restore order
to their ranks. Judas had formerly been with the
Twelve and now, since his betrayal and death,
there were only eleven of them. (Twelve was
significant because of the twelve tribes of Israel.)

Acts 1:15-17
15 During this time, when about 120 believers [Greeks]
were together in one place, Peter stood up and
addressed them.
16 “Brothers,” he said, “the Scriptures had to be fulfilled
concerning Judas, who guided those who arrested Jesus.
This was predicted long ago by the Holy Spirit, speaking
through King David.
17 Judas was one of us and shared in the ministry with
us.”

Acts 1:21-26
21 “So now we must choose a replacement for Judas
from among the men who were with us the entire time
we were traveling with the Lord Jesus—
22 from the time he was baptized by John until the
day he was taken from us. Whoever is chosen will join
us as a witness of Jesus’ resurrection.”
23 So they nominated two men: Joseph called
Barsabbas (also known as Justus) and Matthias.
24 Then they all prayed, “O Lord, you know every heart.
Show us which of these men you have chosen
25 as an apostle to replace Judas in this ministry, for he
has deserted us and gone where he belongs.”
26 Then they cast lots, and Matthias was selected to
become an apostle with the other eleven.

• PSALM 1
(UMH 738) (New International Version) NIV
Sinners cannot live in heaven.
1 Blessed is the man
who does not walk in the counsel of the wicked
or stand in the way of sinners
or sit in the seat of mockers.

2 But his delight is in the law of the LORD,
and on his law he meditates day and night.

3 He is like a tree planted by streams of water,
which yields its fruit in season
and whose leaf does not wither.
Whatever he does prospers.

4 Not so the wicked!
They are like chaff
that the wind blows away.

5 Therefore the wicked will not stand in the judgment,
nor sinners in the assembly of the righteous.

1 JOHN 5:9-13
(New International Reader's Version) NIRV
The real Christian has seen his guilt and
misery, and his need of a Savior. He has
found and felt the power of the word and
doctrine of Christ, humbling, healing,
quickening, and comforting his soul. He
has a new disposition, and new delights,
and is not the person that he formerly was.
Still conflicted within himself, with sin, with
the flesh, with the world, and wicked powers,
he finds much strength from faith in Christ,
and he can overcome.

10 Those who believe in the Son of God have accepted
that witness in their hearts. Those who do not believe
God's witness are calling him a liar. That's because they
have not believed his witness about his Son.

JOHN 17:6-19 -
(New International Reader's Version) NIRV
»»The disciples understand who Jesus is (verse 8).
»»They do not belong to the world (verse 14).
»»They are being sent (verse 18) to proclaim truth.
JESUS PRAYS FOR HIS DISCIPLES —
6 "I have shown you to the disciples you gave me out
of the world. They were yours. You gave them to me.
And they have obeyed your word.
7 Now they know that everything you have given me
comes from you.
8 I gave them the words you gave me. And they
accepted them. They knew for certain that I came from
you. They believed that you sent me.
9 I pray for them. I am not praying for the world. I am
praying for those you have given me, because they
are yours.
10 All I have is yours, and all you have is mine. Glory
has come to me because of my disciples.
11 I will not remain in the world any longer. But they
are still in the world, and I am coming to you. Holy
Father, keep them safe by the power of your name. It is
the name you gave me. Keep them safe so they can be
one, just as you and I are one.
12 While I was with them, I guarded them. I kept them
safe through the name you gave me. None of them has
been lost, except the one who was sentenced to be
destroyed. It happened so Scripture would come true.
13 I am coming to you now. But I say these things while
I am still in the world. I say them so that those you gave
me can have all my joy inside them.
14 I have given them your word. The world has hated
them. This is because they are not part of the world any
more than I am.
15 I do not pray that you will take them out of the world.
I pray that you will keep them safe from the evil one.
16 They do not belong to the world, just as I do not
belong to it.
17 Use the truth to make them holy. Your word is truth.
18 You sent me into the world. In the same way, I have
sent them into the world.
19 I make myself holy for them so that they too can be
made holy in a true sense."
≈≈≈≈≈≈≈≈≈≈≈≈≈≈≈≈≈≈≈≈≈≈≈≈≈≈≈≈≈≈≈≈≈≈≈≈≈≈≈≈≈≈≈≈≈
MONDAY - MAY 25 —
This is Pastor Lynn's and Naomi's day off. Office Closed
No Bible Study today.
THE LAST MONDAY IN MAY -
MEMORIAL DAY OBSERVED IN U.S.A.
| | | | | | | | | | | | | | | | | | | | | | | | | | | | | | | | | | | | | | | | | | | |
Use Memorial Day as an opportunity to
send love and respect to all of the
soldiers that we’ve lost in the field,
military and otherwise. Don't lose sight
of the courage, commitment, and
fundamental humanity of all who are
struggling for freedom, justice, and
democracy. 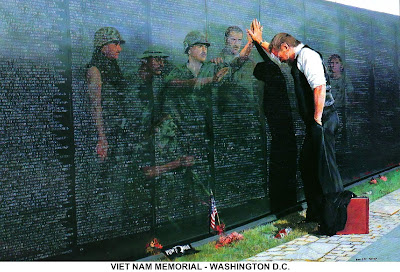 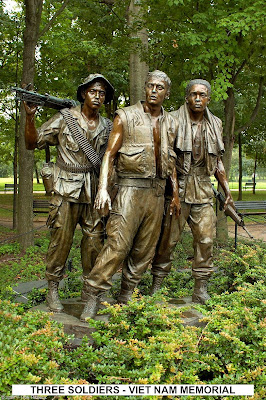 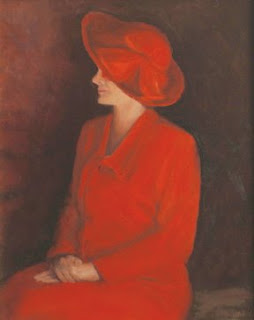 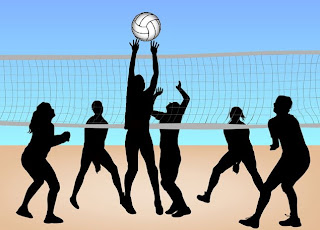