REMINDERS —
Pastor Lynn is on vacation this week - visiting the eastern part of the United States. There will be no Disciple Fellowship Meetings this week.
The emergency pastors covering for Pastor Lynn are:
Pastor Chuck Layton of Greenfield UMC
Pastor Bonnie Peterson of Anita UMC and
Pastor Lillian Gallo-Seagren of Guthrie Center UMC
~~~~~~~~~~~~~~~~~~~~~~~~~~~~~~~~~~~
• August 23rd —CELEBRATION OF BISHOP PALMER'S MINISTRY WITH THE IOWA ANNUAL CONFERENCE 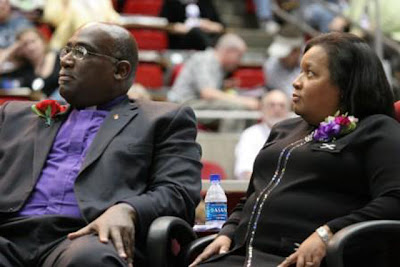 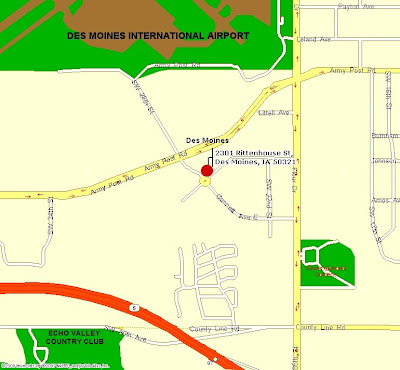 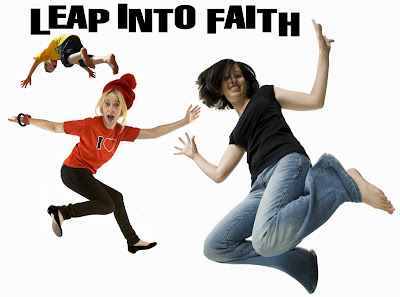 YOUTH GROUP MEETINGS will be the 3rd WEDNESDAY AFTERNOON - FROM 4:00 PM TO 5:30 PM.
~~~~~~~~~~~~~~~~~~~~~~~~~~~~~~~~~~~
Sunday, August 24 — Fifteenth Sunday after Pentecost (Color Green)
Nancy Steckelberg will be our Lay Minister today.
•Our Scripture readings for today are taken from the GBOD (General Board of Discipleship) Lectionary supported by United Methodist Church.
EXODUS 1:8-2:10 (Amplified Bible)
A pharaoh who did not know the family of Joseph, made his descendents into hard-labor slaves and tried to reduce their numbers by male infanticide. The Hebrew midwives and the daughter of Pharoah had other ideas, and Moses is born and raised in the royal household. 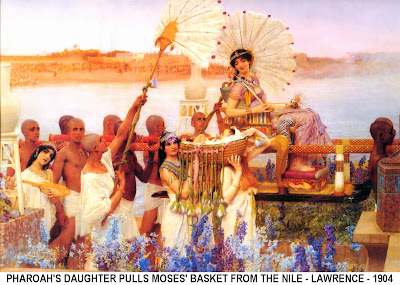 9 He said to his people, Behold, the Israelites are too many and too mighty for us and they outnumber us both in people and in strength.

10 Come, let us deal shrewdly with them, lest they multiply more and, should war befall us, they join our enemies, fight against us, and escape out of the land.

11 So they set over the Israelites, taskmasters to afflict and oppress them with increased burdens. And the Israelites built Pithom and Rameses as store cities for Pharaoh.

13 And the Egyptians reduced the Israelites to severe slavery.

14 They made their lives bitter with hard service in mortar, brick, and all kinds of work in the field. All their service was with harshness and severity.

15 Then the king of Egypt said to the Hebrew midwives, of whom one was named Shiprah and the another Puah,

16 When you act as midwives to the Hebrew women and see them on the birthstool, if it is a son, you shall kill him; but if it is a daughter, she shall live.

17 But the midwives feared God and did not do as the king of Egypt commanded, but let the male babies live.

18 So the king of Egypt called for the midwives and said to them, Why have you done this thing and allowed the male children to live?

19 The midwives answered Pharaoh, Because the Hebrew women are not like the Egyptian women; they are vigorous and quickly delivered; their babies are born before the midwife comes to them.

20 So God dealt well with the midwives and the people multiplied and became very strong.

21 And because the midwives revered and feared God, He made them households of their own.

22 Then Pharaoh charged all his people, saying, Every son born to the Hebrews you shall cast into the river Nile, but every daughter you shall allow to live.

EXODUS 2
1 NOW Amram a man of the house of Levi [the priestly tribe] went and took as his wife, Jochebed a daughter of Levi.

2 And the woman became pregnant and bore a son; and when she saw that he was exceedingly beautiful, she hid him three months.

3 And when she could no longer hide him, she took for him a basket made of bulrushes or papyrus making it watertight by daubing it with bitumen and pitch. Then she put the child in it and laid it among the rushes by the brink of the river Nile.

4 And his sister, Miriam, stood some distance away to learn what would be done to him.

5 Now the daughter of Pharaoh came down to bathe at the river, and her maidens walked along the bank. She saw the basket among the rushes and sent her maid to fetch it.

6 When she opened it, she saw the child; and behold, the baby cried. And she took pity on him and said, This is one of the Hebrews' children!

7 Then his sister, Miriam, said to Pharaoh's daughter, Shall I go and call a nurse of the Hebrew women to nurse the child for you?

8 Pharaoh's daughter said to her, Go. And the girl went and called the child's mother.

9 Then Pharaoh's daughter said to her, Take this child away and nurse it for me, and I will give you your wages. So the woman took the child and nursed it.

10 And the child grew, and she brought him to Pharaoh's daughter and he became her son. And she called him Moses, for she said, Because I drew him out of the water.
PSALM 124 (UMH 846) Psalm 124 (Contemporary English Version) (CEV)
1 The LORD was on our side!
Let everyone in Israel say:

2 "The LORD was on our side!
Otherwise, the enemy attack 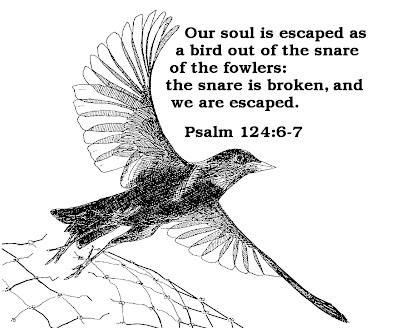 3 would have killed us all,
because it was furious.

4 We would have been swept away
in a violent flood

5 of high and roaring waves."

6 Let's praise the LORD!
He protected us from enemies
who were like wild animals,

7 and we escaped like birds
from a hunter's torn net.

8 The LORD made heaven and earth,
and he is the one
who sends us help.

Romans 12:1-8 (Amplified Bible) (AMP)
What is absolutely required of an Olympic athlete? Disciplined determination! Absolute commitment! Focus upon a single goal! Even though they know they may never win a medal, each of these athletes works with the same single-minded determination, experiences the same pains, makes the same sacrifices of time and money, and even family. Great sacrifices are necessary just for the opportunity to make an appearance in Olympic Stadium. 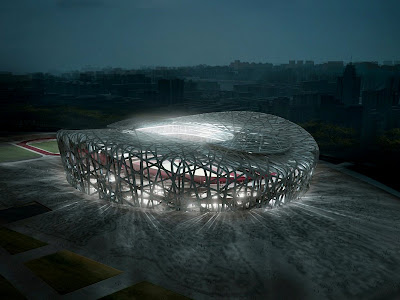 Romans 12:1-8 (Amplified Bible) (AMP)
1 I APPEAL to you therefore, brethren, and beg of you in view of all the mercies of God, to make a decisive dedication of your bodies presenting all your members and faculties as a living sacrifice, holy devoted, consecrated and well pleasing to God, which is your reasonable rational, intelligent service and spiritual worship.

2 Do not be conformed to this world, fashioned after and adapted to its external, superficial customs, but be transformed changed by the entire renewal of your mind, by its new ideals and its new attitude, so that you may prove for yourselves what is the good and acceptable and perfect will of God, even the thing which is good and acceptable and perfect in His sight for you.

3 For by the grace (unmerited favor of God) given to me, I warn everyone among you not to estimate and think of himself more highly than he ought; not to have an exaggerated opinion of his own importance, but to rate his ability with sober judgment, each according to the degree of faith apportioned by God to him.

4 For as in one physical body we have many parts (organs, members) and all of these parts do not have the same function or use,

5 So we, numerous as we are, are one body in Christ (the Messiah) and individually we are parts one of another [mutually dependent on one another].

6 Having gifts (faculties, talents, qualities) that differ according to the grace given us, let us use them: He whose gift is prophecy, let him prophesy according to the proportion of his faith;

7 He whose gift is practical service, let him give himself to serving; he who teaches, to his teaching;

8 He who encourages, to his exhortation; he who contributes, let him do it in simplicity and liberality; he who gives aid and superintends, with zeal and singleness of mind; he who does acts of mercy, with genuine cheerfulness and joyful eagerness.

Matthew 16:13-20 (New International Version) (NIV)
Who Do You Say I Am?
Jesus and his disciples ventured into the District of Caesarea Philippi, an area about 25 miles northeast of the Sea of Galilee. The region had tremendous confirmation of religious divergence. The place was littered with the temples of the Syrian gods. Here was an elaborate marble temple that had been erected by Herod the Great, father of the then ruling Herod Antipas. Here was the influence of the Greek gods. Here was the worship of Caesar as a God himself. You might say that the world religions were all on display in this town. It was within this scene that Jesus chose to ask the most crucial questions of his ministry. Who Do You Say I Am?

Peter's Confession of Christ
13 When Jesus came to the region of Caesarea Philippi, he asked his disciples, "Who do people say the Son of Man is?"

14 They replied, "Some say John the Baptist; others say Elijah; and still others, Jeremiah or one of the prophets."

16 Simon Peter answered, "You are the Christ, the Son of the living God."

17 Jesus replied, "Blessed are you, Simon son of Jonah, for this was not revealed to you by man, but by my Father in heaven.

18 And I tell you that you are Peter, and on this rock I will build my church, and the gates of Hades will not overcome it. 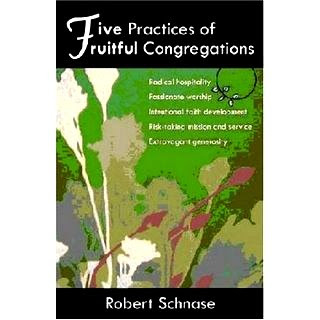